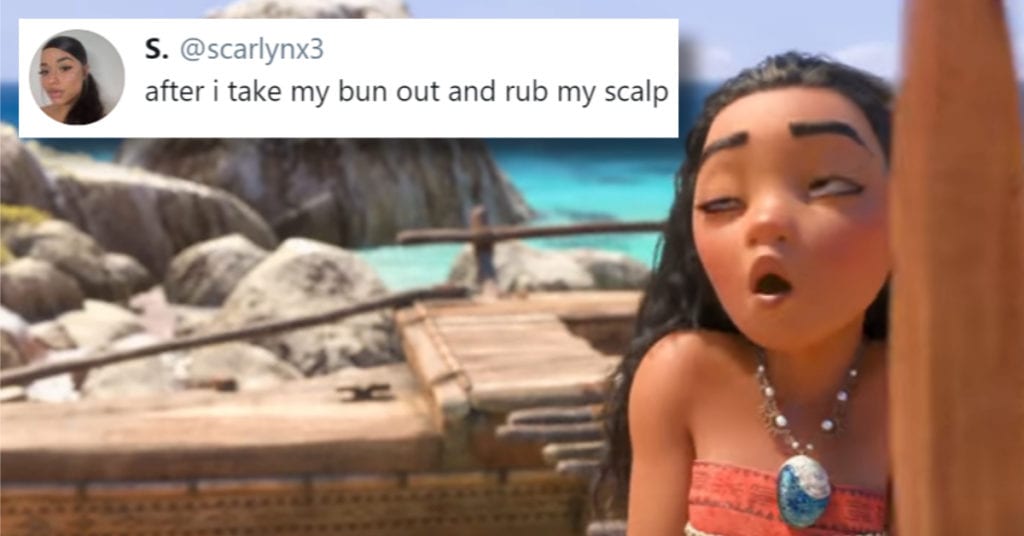 According to Pew research, the majority of the most active/top Twitter users in the U.S. are women. It’s no surprise, then, that the platform is a great place to find hilarious stuff made by and for women; sometimes for advocacy, or education, or connection, and sometimes just for laughs.

So without any further ado from me, scroll through and check out this collection of 10 great tweets from the women of Twitter to make you laugh today.

My one thing in common is that neither of us have been in a mall since 2005.

things i have in common with the victoria's secret models:

9. A matter of perspective

The front camera knows all. It stares into our souls.

me in the picture I posted vs me posting it pic.twitter.com/i6dKFm41Sb

A lot of days that’s quite an accomplishment.

u like my hair?
gee thanks
i washed it

after i take my bun out and rub my scalp https://t.co/FVpfUAR82d

Oh, there’s more gut where that came from, trust me.

when he takes his hoodie off & his shirt slides up a little. pic.twitter.com/PyEsLJ6Wpv

This tweet is making me think there’s a lot about the swimsuit industry I don’t know.

You shouldn't have to pay for both parts of a bikini

I just roll around in the stuff, to be safe.

If only I could have seen this coming.

When I haven’t even started my makeup yet and he texts me “here” pic.twitter.com/jSqDx5pSVK

And once it’s on the internet, it is eternal.

13 year olds taking selfies now vs. me taking a selfie when I was 13. pic.twitter.com/yf8UQh6YpJ

It’s important to have this kind of consistency.

Granted that’s only 10 tweets out of the bajillions of new ones that are being added every single day, so maybe go do some looking around and find some more funny folks to follow and support. After all, they’re giving us this entertainment for free!