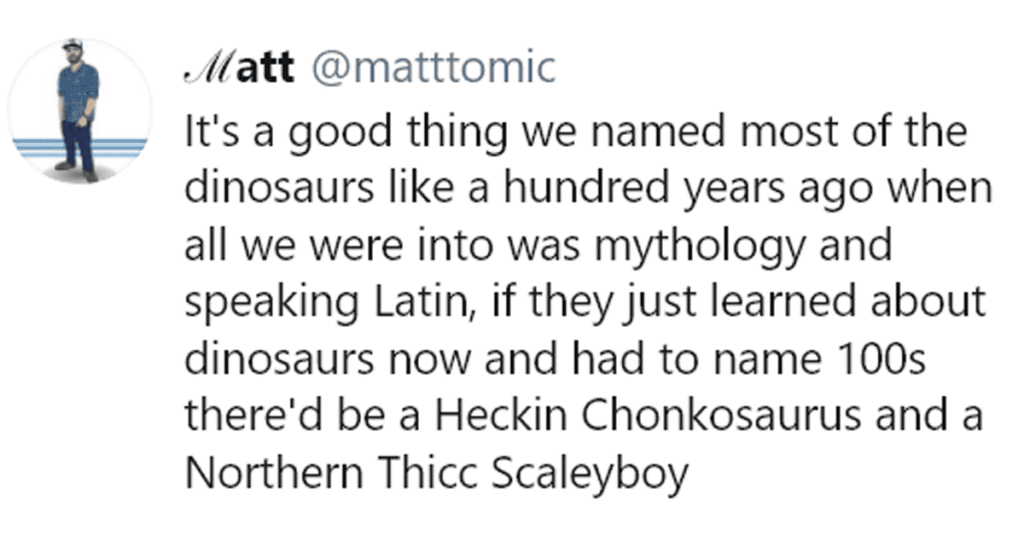 10 Little Tweets to Improve Your Day

Interestingly though, they found that in beta testing, most people still preferred to keep the messages shorter even with more real estate allowed. Seems that the entire appeal of Twitter is in the brevity, whether that’s in the service of a pithy social statement or just a dumb joke.

A modern rendition of the scream.

Me thanking the UPS guy from inside my apartment pic.twitter.com/t3IkCkylYp

9. Knife to meet you

Yanno, I think I could take a stab at cooking too.

My family stopped complaining about dinner after my new knife set came in. I think it really improved my cooking. pic.twitter.com/lYJ0KsOKOD

That’s not your fellow, that’s your pillow.

You think you can make me happy?
Are you 8 hours of sleep?

Ah, Hollywood. Where 27 years olds are teenagers and 40 year olds are ancient.

can't believe that as a child Grease had me thinking that these guys were teenagers pic.twitter.com/SI0w9VNWYY

my ex was bilingual she spoke english and to other dudes

5. The best part of waking up

It’s a late start, but it’s still a start, I guess?

The dog will never say anything stressful or disappointing back.

You don’t have to be well read to put this one together.

A book just fell on my head. I guess I only have my shelf to blame

The best KIND of correct.

Technically, your wife is your ex-girlfriend

This tweet has absolutely made my day in ways I can’t even explain.

It's a good thing we named most of the dinosaurs like a hundred years ago when all we were into was mythology and speaking Latin, if they just learned about dinosaurs now and had to name 100s there'd be a Heckin Chonkosaurus and a Northern Thicc Scaleyboy

In the spirit of what makes twitter great, we’ll keep it brief and end it there. Just ten little random messages tailor-made by strangers to make us giggle. Hope that short trip has brightened your day!

Who are your favorite people on Twitter right now?