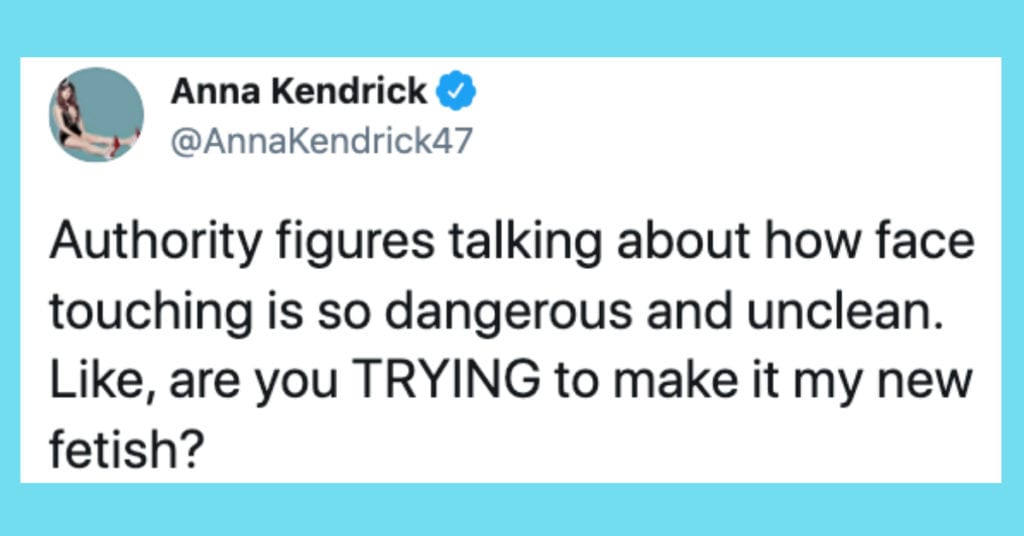 10 of the Funniest Tweets From the Boss Women of Twitter

Honestly, there’s too much good stuff happening on Twitter to keep up with it all. Luckily there are plenty of compilations out there of some of the best stuff that floats to the surface. Twitter itself has stated in the past that an astounding 500 million tweets are sent per day, and I’ve got like – an hour lunch break, so I need to be a little selective.

This particular round up features some of the latest funny tweets from the women of Twitter, across a broad spectrum of humor styles. Scroll through and have a laugh.

10. Coming to a house very near you

WHEN I WAS 10 I MADE AN IMOVIE TRAILER FOR MY PARENTS DIVORCE AND I JUST FOUND IT??? 😭😭😭😭 pic.twitter.com/eVJkosgOBX

8. Hey, we gotta protect ourselves

I was sent to a Costco to see if people are stocking up (even though health officials say it’s not necessary) in case COVID-19 gets more serious here. This guy came out of the store with 16 boxes of condoms and a big jar of coconut oil. We all have priorities. pic.twitter.com/C3edUsgZzH

estelle: i don’t want to i don’t think we should include this in the song

my sister finally saw the joker and thought it starred the dad from modern family the entire time i- pic.twitter.com/IaDk2wRPaI

It’s time to see 30 year old Lizzie RUNNING to the Walgreens at 1:00am to buy protection because Ethan is coming over after ghosting her for 2 years. We hate to see it, but it’s time https://t.co/mpGs5pIHwA

Authority figures talking about how face touching is so dangerous and unclean. Like, are you TRYING to make it my new fetish?

3. Line up alphabetically by height

Why don’t planes board by seat number??? Could be so simple instead it’s like 5000 insane groups “now boarding those with brown hair next up those who DO not eat fish”

Of all people.. I’d expect you to have some gloves. https://t.co/6oMyggOXyK