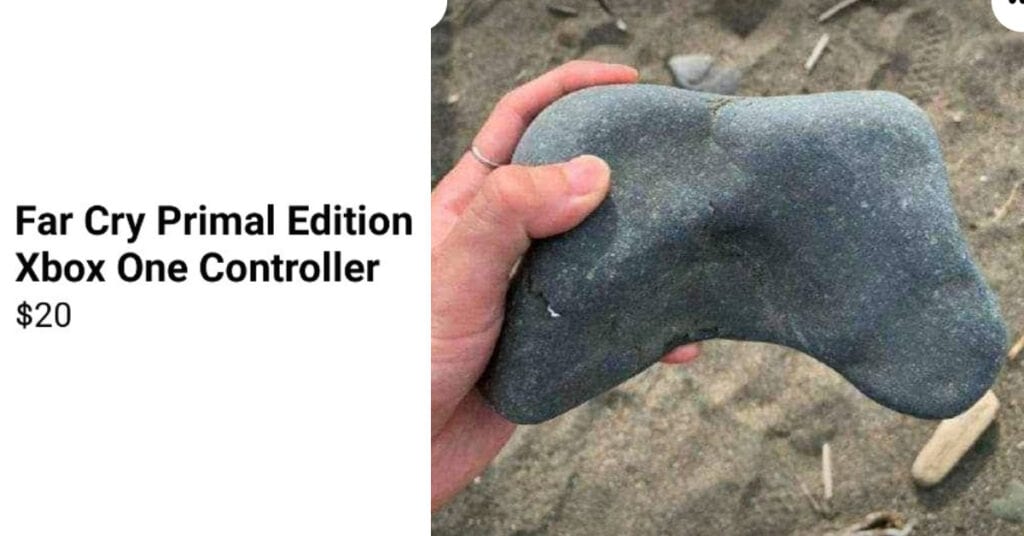 Remember malls? Those places where’d you walk around inside and there would be like a cookie store next to a shoe place next to a movie theater next to a shop that sold blacklights and sarcastic keychains?

It seemed like they were places that had it all. But they didn’t. Not truly. Perhaps the reason that malls didn’t survive is because their product range wasn’t wide ENOUGH. They needed to expand into the truly weird, the unexplainable, the unholy and the wretchedly strange.

Maybe malls would still be around today if they sold weird crap like the stuff some people try to list on the internet.

Not Craigslist, but does this count? from CrackheadCraigslist

So let’s get this straight.
1. Someone bought this
2. The recipient got extremely angry
3. Now he’s demanding his time not be wasted with lowball offers for its resale

What a time to be alive.

Found this gem on Facebook, made me laugh tho. from CrackheadCraigslist

That’s so weird, because I also very much need him gone. Immediately.

God abandoned us long ago.

Anyone want one? from CrackheadCraigslist

I mean yeah, ya gotta have it signed, otherwise nobody will believe you got the real deal.

The fact that this was posted unironically from MakeMeSuffer

6. “Homemade I make them myself”

I genuinely can’t keep looking at those photos because I’m gonna gag.

A… Chicken bear? from CrackheadCraigslist

When you want to eat classy but you’re also broke.

What…what did you do to them?

To be fair, she did say she was every woman.

How will I know? from CrackheadCraigslist

Now if you’ll excuse me, I have to go buy all of those things except for the undead chicken teddy.

What’s the weirdest thing you’ve ever seen for sale?