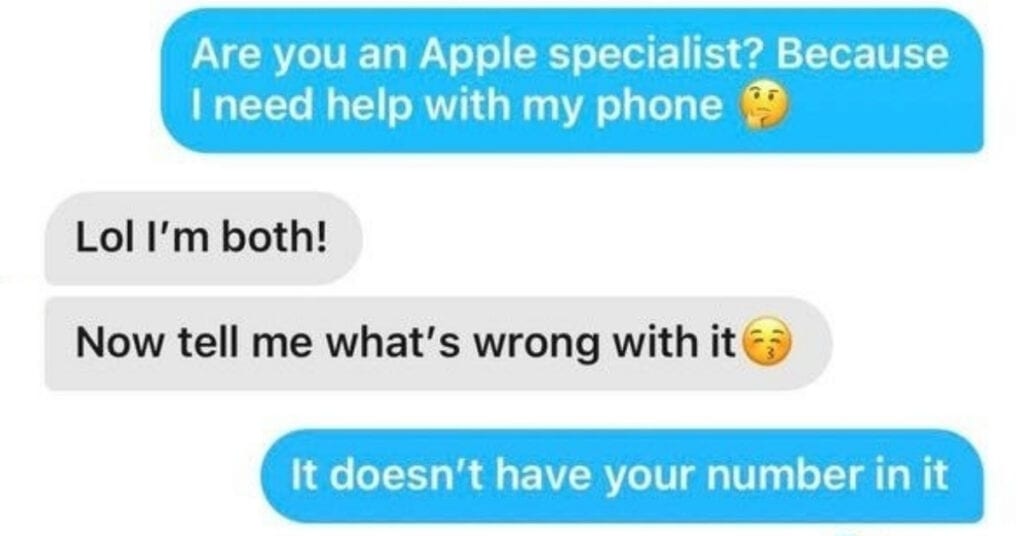 13 of the Funniest Tinder Conversations Ever

Dating apps are weird. Even the fact that I can just casually throw out the term “dating app” is kinda weird.

When I was coming of the age where dating was becoming a real possibility, “dating app” would have been absolute gibberish, and I’m not even that old that.

Now we live in a world where we try to connect half for the purpose of actually dating and half for the sport of reeling in weird conversations to screenshot and share on Reddit.

What a time to be alive. Let’s peer into the flirting lives of others, shall we?

I really hope you’re doing that AND flirting on Tinder on company time. 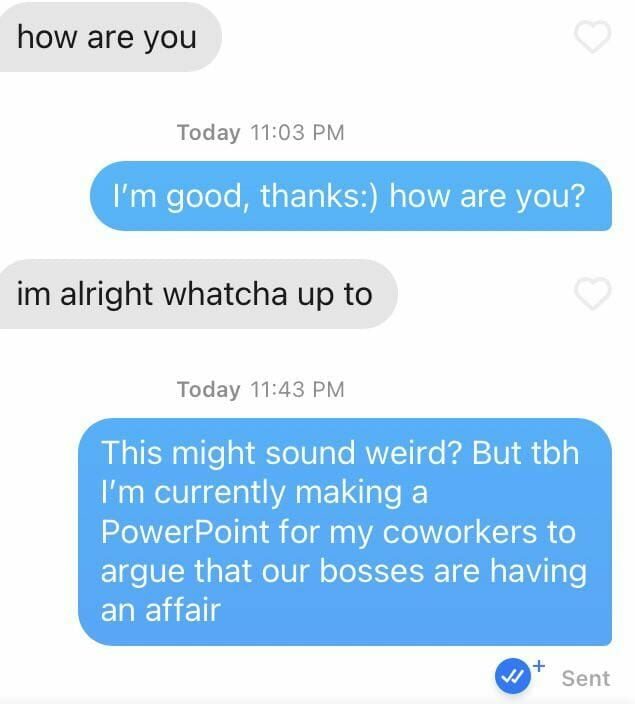 Now that’s how you slide into someone’s DMs. 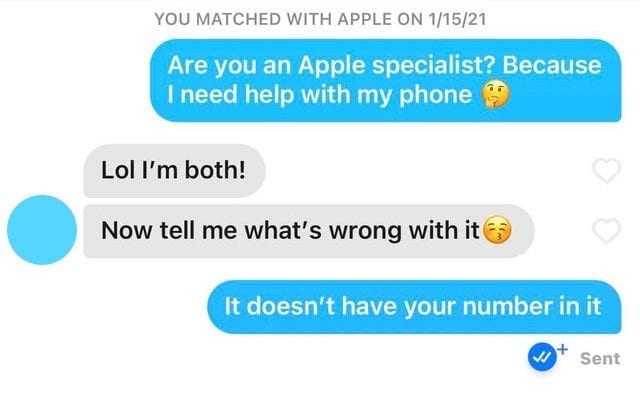 When you’re not sure if you’re just playing up a meme or being a real creep. 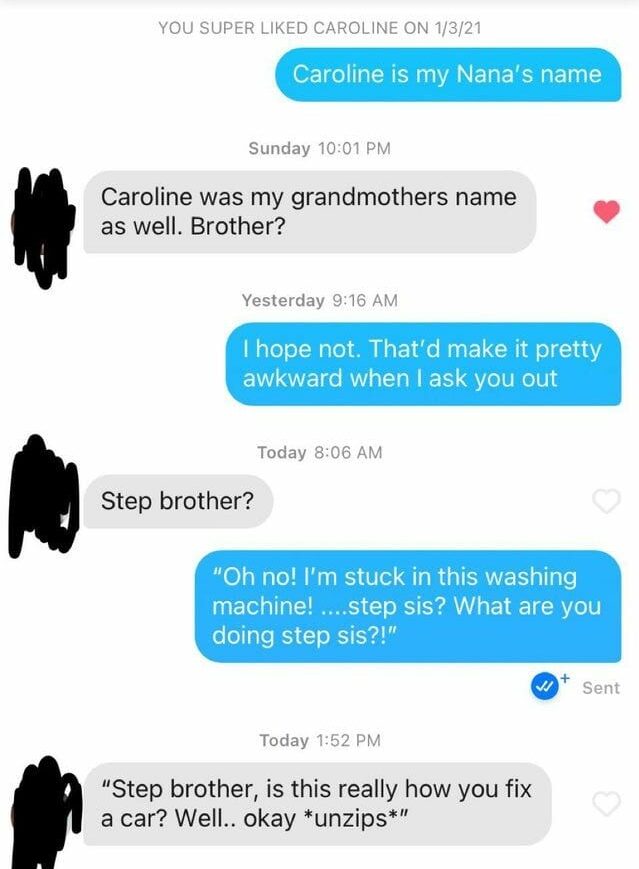 Are dad jokes the new flirting? 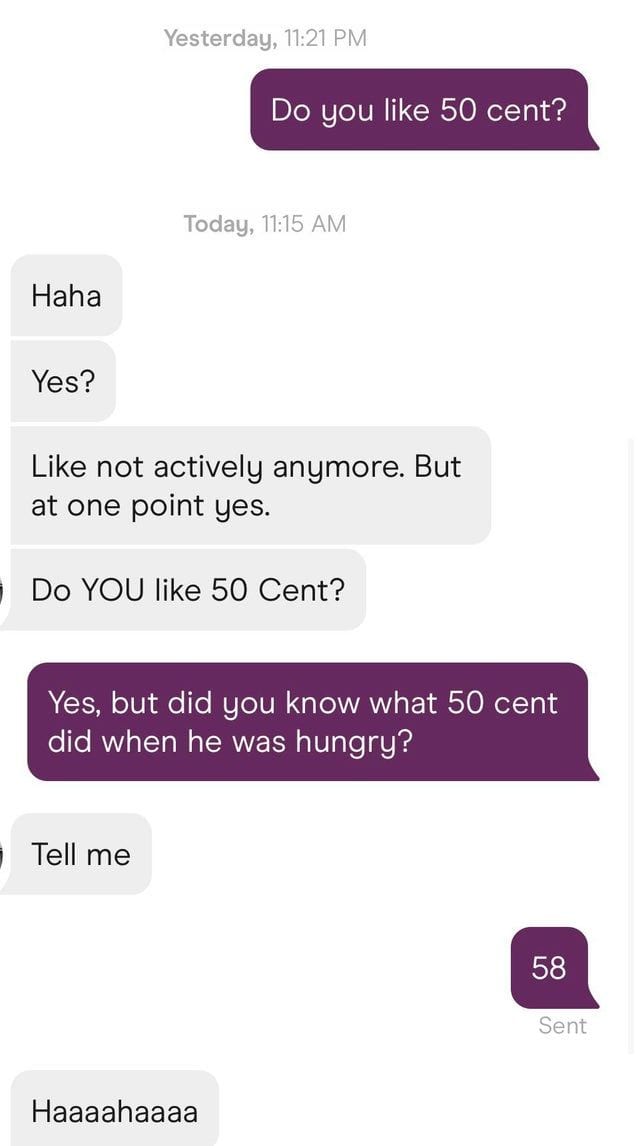 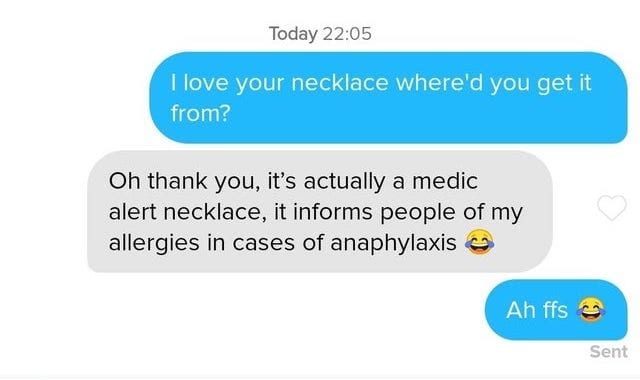 They make really good points, and that determines a heck of a line. 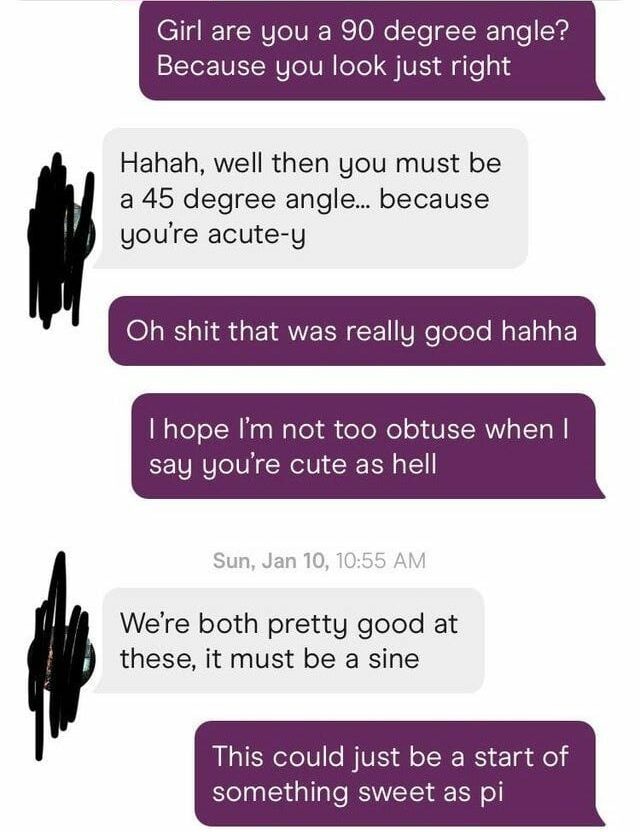 Sorry, the moon said no. 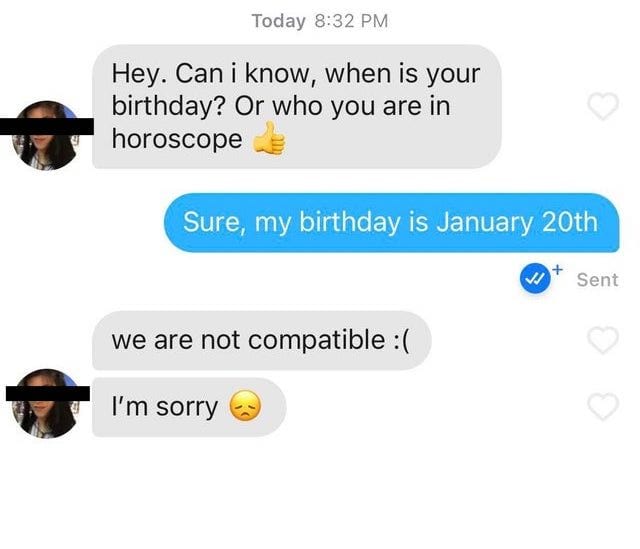 These two are really hitting it off. 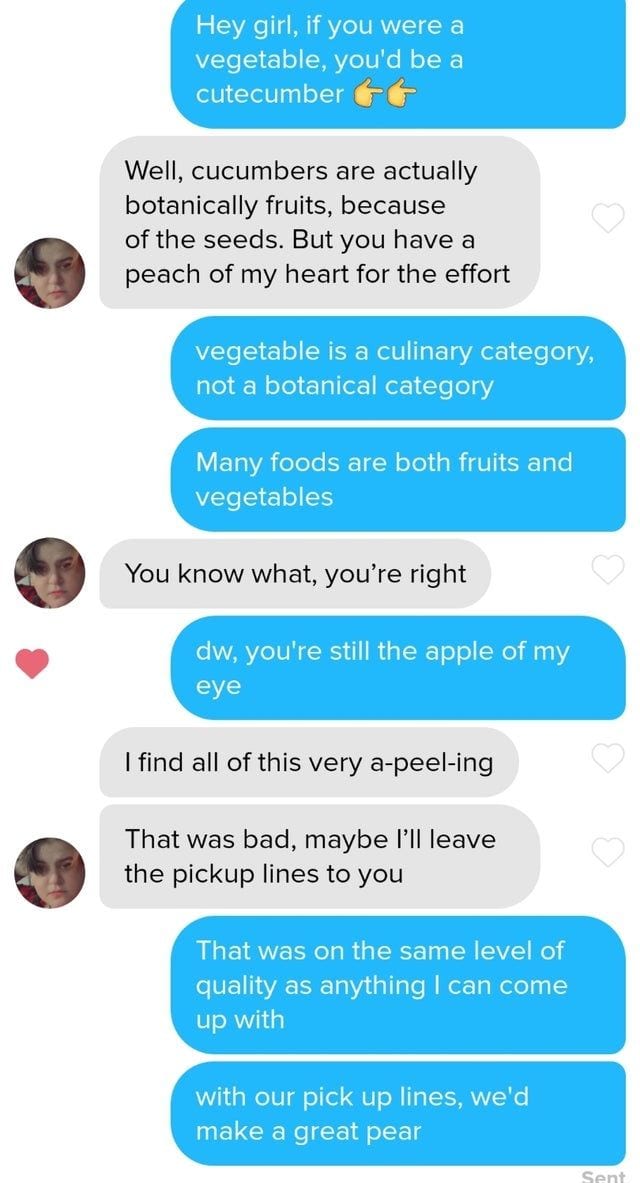 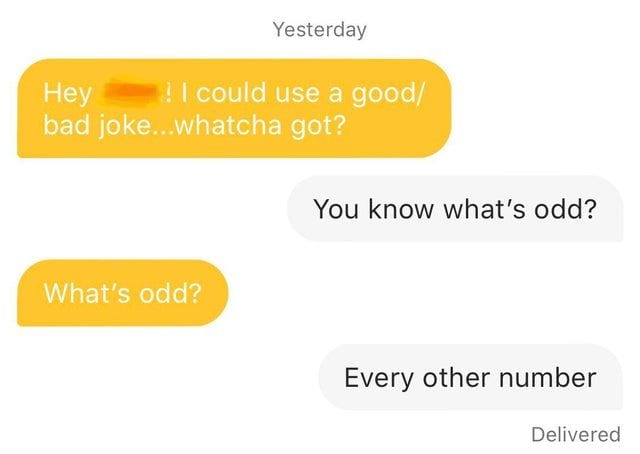 Why are you on this app and why did you match with me? 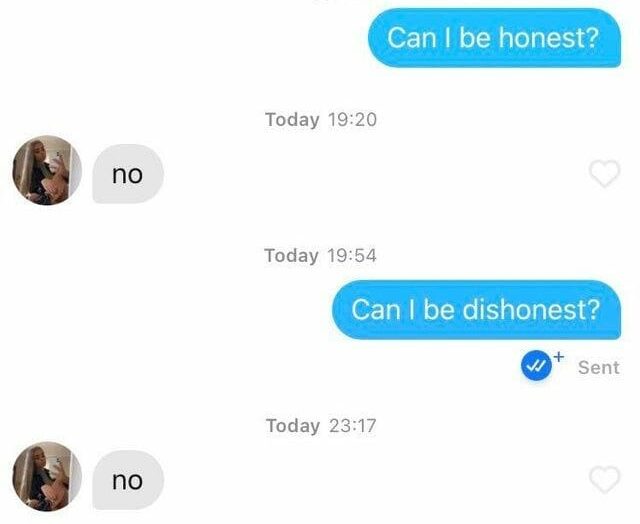 A fun game I like to play is yelling this line in the middle of different songs. 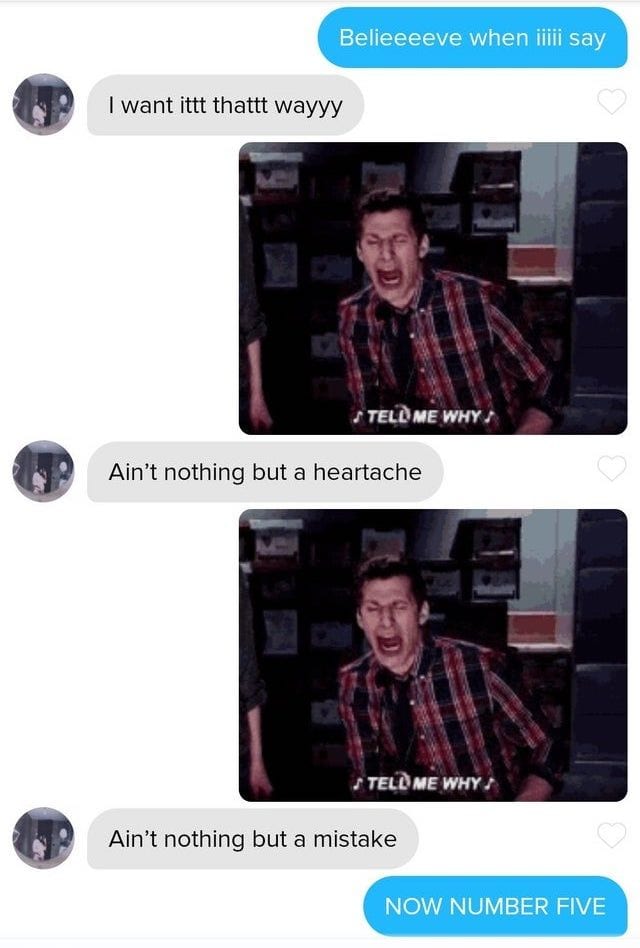 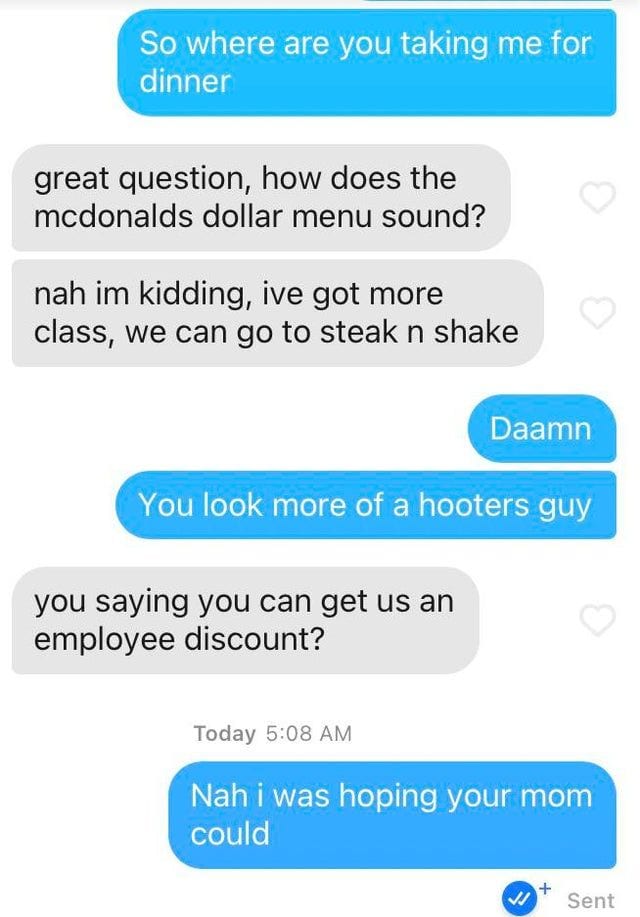 Such a shame when they don’t get it. 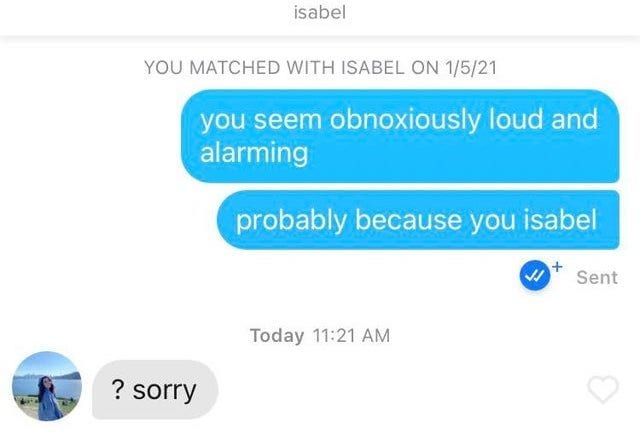 This almost makes me wanna get back on Tinder. Almost.

Do you have any dating app misadventures?