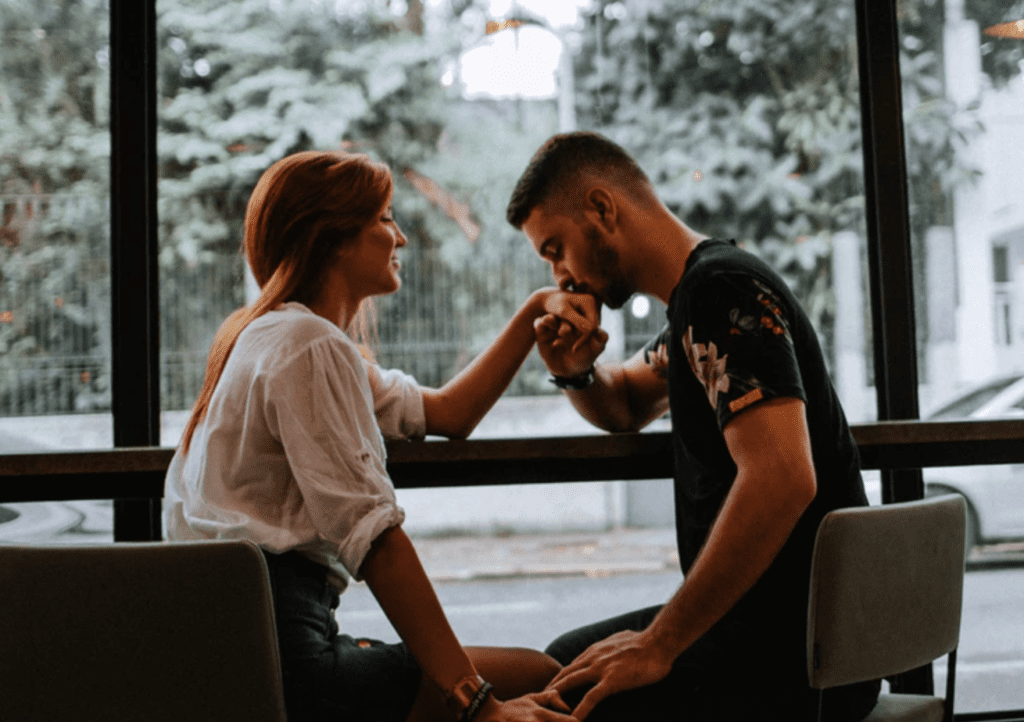 13 People Share the Weirdest Dates they Ever Went On

If you’ve spent any time at all in the dating world, you know that it is…complicated.

You put in a lot of effort into trying to find the right person and most of the time you get stuck with duds and weirdos.

Which is exactly what happened to these folks…

what’s the weirdest date you’ve been on??? I’ll go first

3. Are you still together?

Met the guy on tinder, about 3 mins into meeting him he goes “can you buy me water and a pack of cigs”, I comply, I think I spent $70 because he kept pressuring me to buy him stuff and he didn’t spend a dime, he kept F*rting too ?? Then he tried to catch a pigeon with his hands

4. That doesn’t sound that bad.

One time I got set up with a guy through a mutual friend. Before he came to pick me up he said “do you mind if we take my motor cycle?” I was like “sure” so I wore a leather jacket and got all sexy n sh^t. This boy shows up on a single seat bike and I had to ride in the SIDECAR

She wanted to walk to the bars near where I lived because it was nice out — by the end of the night we were both pretty drunk & it was now a half snow half sleet snow storm but she insisted on walking back to my place anyways. Long story short I woke up at the bottom of (1)

(2) a hill near my apartment with TWO sprained ankles , phone dead and had to crawl up the hill ..wet and freezing and walk home.
Texted her later that day after overcoming my hypothermia “wth happened last night?”
She replied sorry for pushing you down the hill I got scared

He kissed me and pulled back and said ‘wait there’s just a little…’ I was embarrassed I thought I had something in my teeth he put his hand in my mouth and said I think this tooth is wobbly, I was 19 with all my adult teeth

7. You made the right choice.

not a date really but i went over to this guy’s house once and watched him blow vape clouds through his didgeridoo for a good 10 minutes. yes i still had s^x with him

had a date where this guy promptly told me his political views; I hated him so much but was too nice to just leave so I texted a cop friend to come get me out of the date Cop friend proceeds to F*ke arrest me in the middle of restaurant. I have a feeling his version sounds worse

We went to go see Warm Bodies in theaters (he chose the movie) and he proceeded to play clash of clans on full brightness the entire time. When I questioned him he said that he had already seen the movie and was bored?

a friend set us up. we went to mom & pop restaurant. both got burgers & fries but he didn’t touch his food or say anything, just stared at me w a fork in hand. then he drove us to a taco bell then he ate like 15 tacos in a jcpenny parking lot in total silence. never spoke again

Omg I went on a date with a surgeon that I met through work & he took me to Wasabi & didn’t eat himself but watched me eat, then followed my car home with his lights off in the dark.. thinking I wouldn’t notice..then texted me asking if I got home safe yet he saw me get home ??

Whew! This world is chock-full of weirdos, isn’t it?

Have you been on any funny/weird/bizarre dates lately?

If so, please tell us about it in the comments!