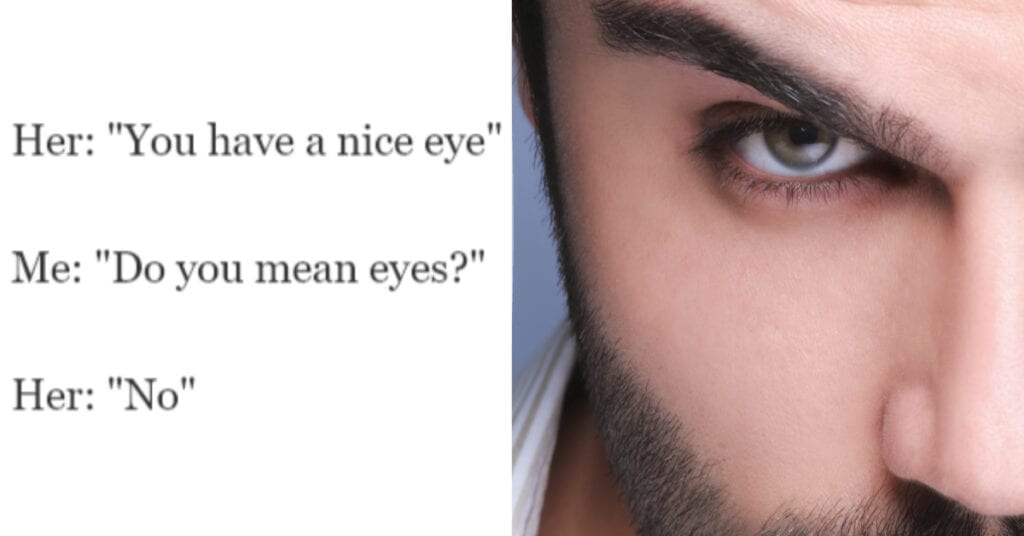 15 of the Weirdest Compliments People Have Ever Received

As the great artist Kollektivet once said, “Give. Me. Compliments. I said give me compliments.” We all love ’em. Even those of us who practically leave our bodies out of awkwardness when we receive them.  They’re impactful.

So much so we tend to remember them for a long time, like the ones in this Reddit thread:

What compliment do you still remember being given? from AskReddit

There were several thousand responses. We’ve pulled some of the more unusual ones here for your reading pleasure.

1. The man who smelled delicious.

A group of drunk girls in a bar gave me a hug because I smelled yummy and wanted to smell yummy too.

2. A heartbreaking case of the not-gay.

St. Patrick’s Day, late, far from any parade or anything but I’m walking down the street by myself.

A young man stumbles up, asks me if I’m gay. I say no, and the look on his face was like I just told him his parents died in a car crash and his dog was driving.

He asked for a hug after calling me beautiful, and I happily obliged, correctly stating that it was the nicest thing anyone had ever or would ever say to me

Plus I thought it was sweet that he asked for a hug.

My Chinese (she was from China, came to US for grad school) roommate told me I was better at using chopsticks than her.

I think she just meant I use them in a more formal way, but I don’t care, I was super thrilled anyway.

I loved living with her

4. Drive-by praising is the best.

A drunk woman at a bar was walking passed me and stopped and said “in case anyone hasn’t told you, you look really good tonight.”

And then kept on walking.

That was 3-4 years ago, still makes me feel good when I think about it.

5. All bodies are beautiful.

I had gone into the gynecologist because I had some worries about my iud being out of place (it wasn’t, thank god), my doctor took a look at my x-ray/ultrasound and exclaimed “You have such a beautiful uterus!”

In 7th grade, I wore my favorite shirt to school and someone said, “cool shirt”. Felt so good. I wore that shirt at least once a week for the next couple of months.

Then someone said, “Why do you always wear that shirt?” Felt so bad. I only wore it to school again when all my other shirts were dirty

My boyfriend in high school was always late for our dates, but would usually show up with flowers.

When I called him out on it he said he was late on purpose because I was beautiful when I was angry.

8. Brace yourself for this one.

When I was 15 I was working the McDonalds drive through and some guy told me he thinks my braces looks nice on me.

Someone once complimented my eyelashes.

Never did forget that one

10. Your biggest weakness can be your greatest asset.

A old gf said I have nice knees.

Although even in my 30s I owned a cane for if i ever stepped wrong, thats 2 weeks of cane.

A great aunt told me at roughly age 13 that I have great “birthing hips” which my dad assured me was not intended as an insult.

I’m now 28 and 9 months pregnant with my first, so we will soon see if she was right!

I never mind going to the dentist or the gynecologist…they are the only two people that have ever told me I’m perfect.

One time when I brought in some used oil to a local auto repair shop, the service technician told me that I was a “good citizen” for doing this.

15. It’s nice when your compliment is a matter of public record.

In my latest mugshot picture in the description it said slim

Never pass up the opportunity to give someone a weird compliment. I promise, they’ll never forget it.