Did you know there are over 100 million people registered as organ donors in the United States? But 20 people still die every single day from not having access to organs.

So, we obviously need more people signing up to be organ donors. It’s is one of those things we’re all expected to do. But these 16 people said, “Nope, not for me!”

Ultimately, it’s a very personal choice as to whether or not you’ll actually give a piece of your own body to help somebody else lead a better life. So we shouldn’t be too judgey.

Still, I’m gonna judge a little bit. Because, ya know, that’s what we do. 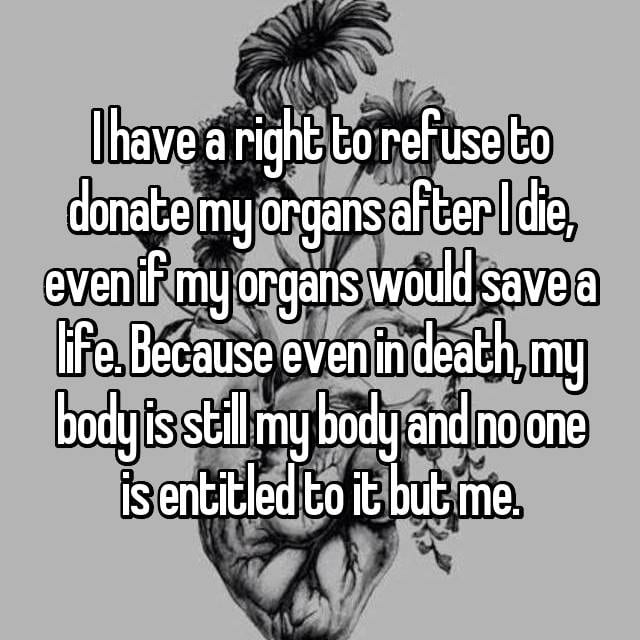 15. Well, I think they have tests for that kind of thing… 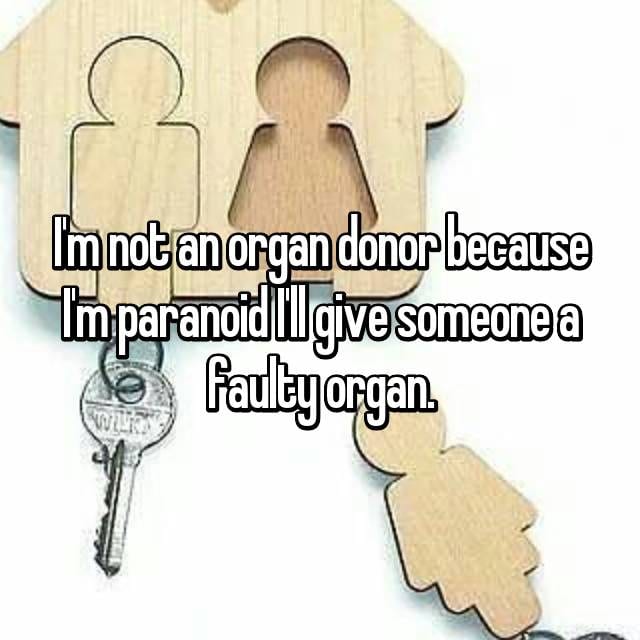 14. Because being dead doesn’t give you enough rest? 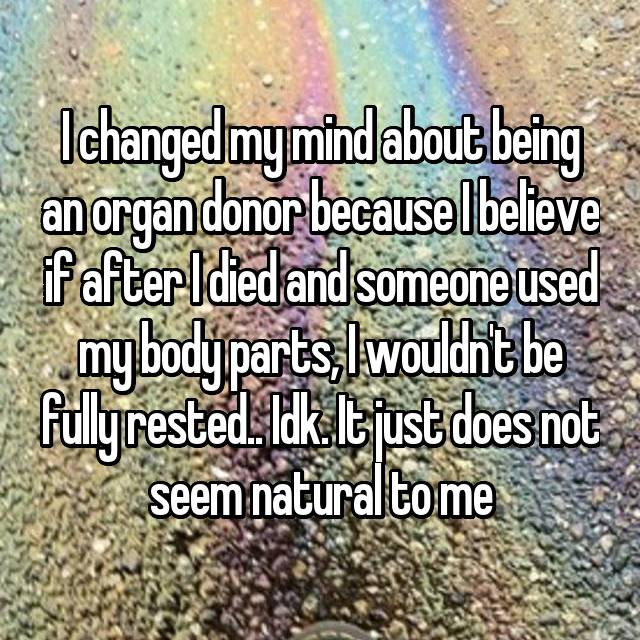 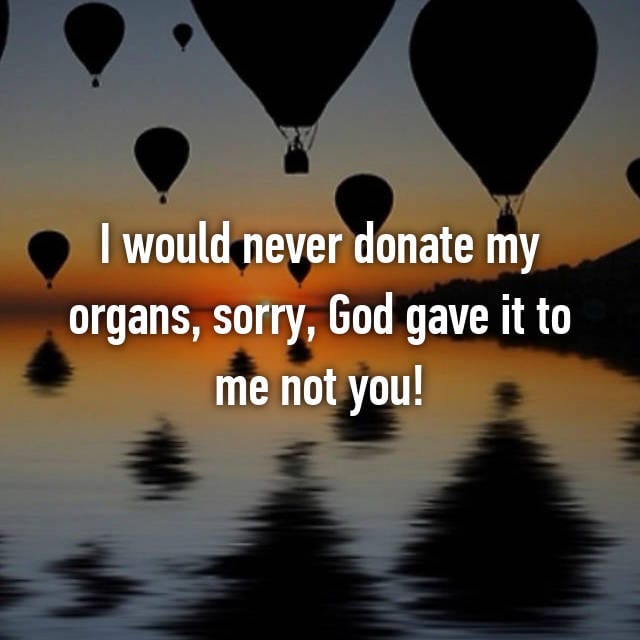 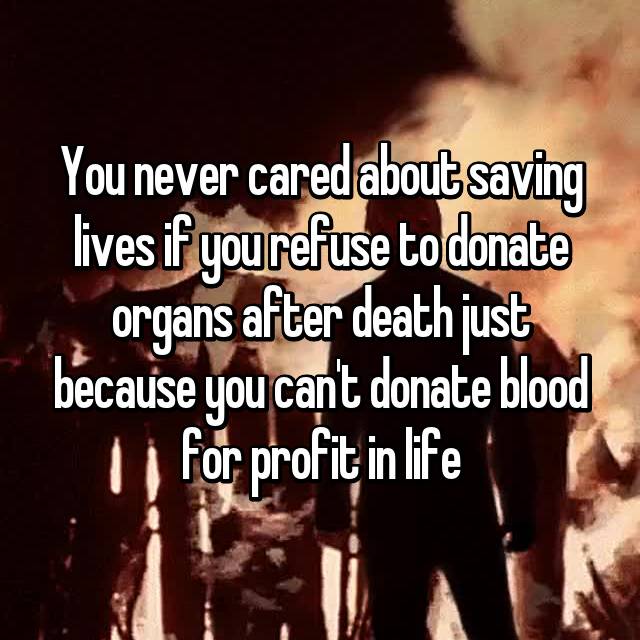 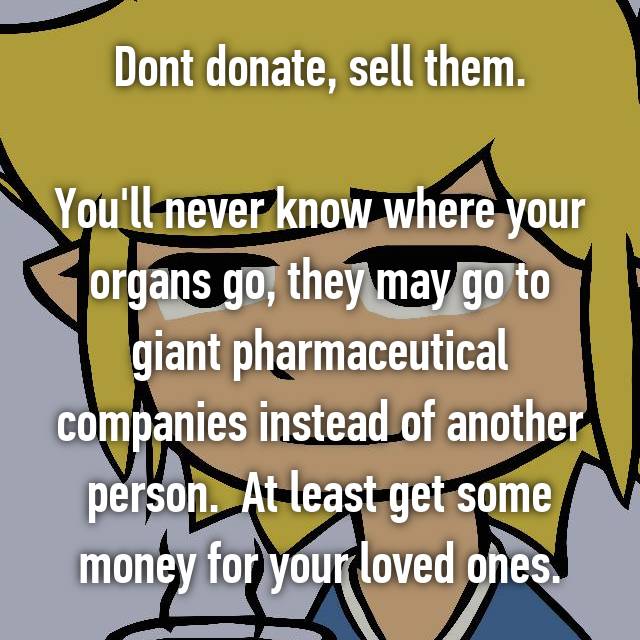 10. If somebody donates blood and that’s all they want to do, gotta respect that. 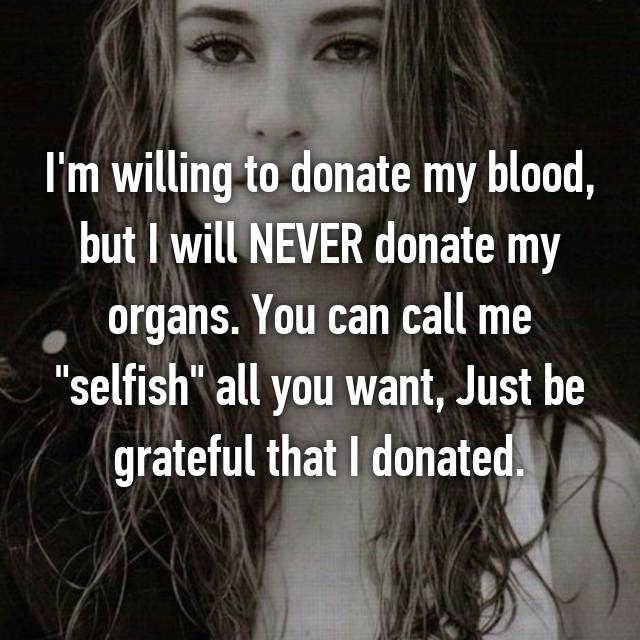 9. I would personally rather donate when I’m dead. Just my POV. 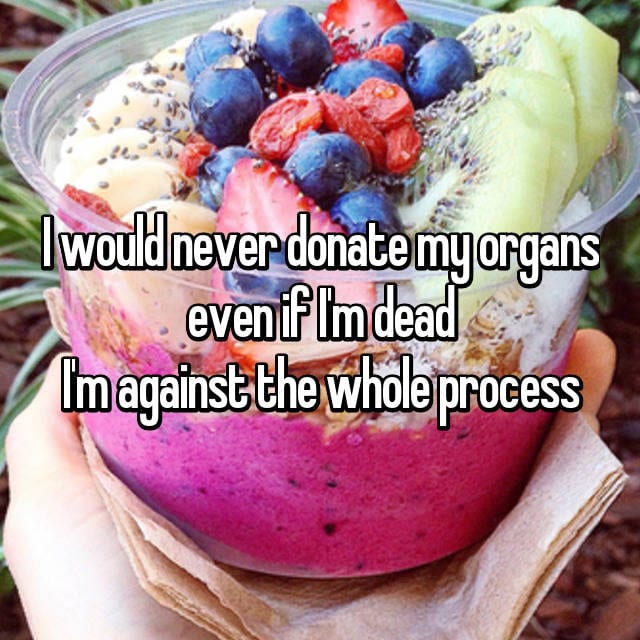 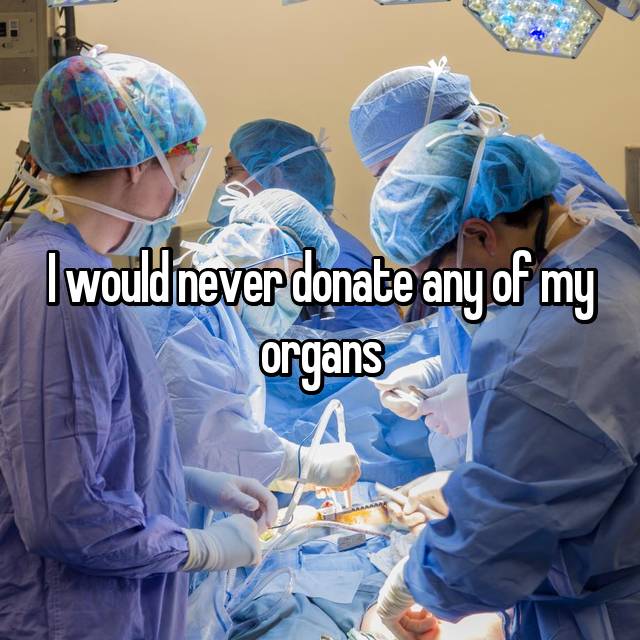 7. I don’t think they want your shit. Just your organs. 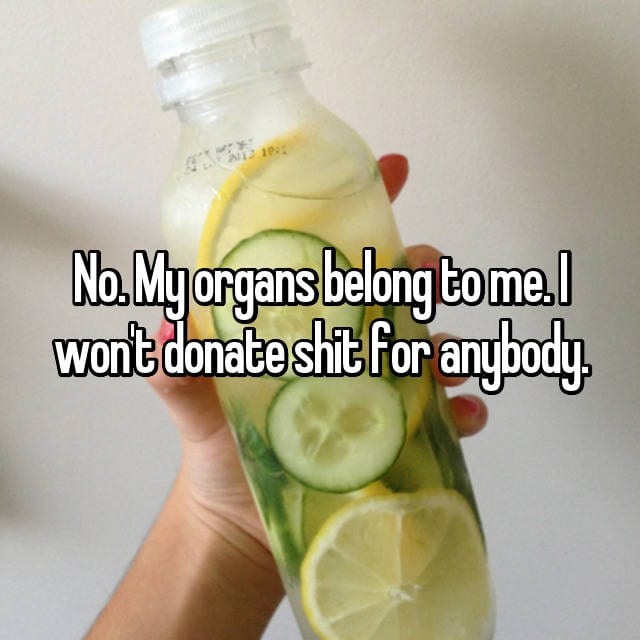 6. Oh, this is a total myth. Nobody is looking at anybody and saying, “Ohhh, I bet he’s got some good organs!” 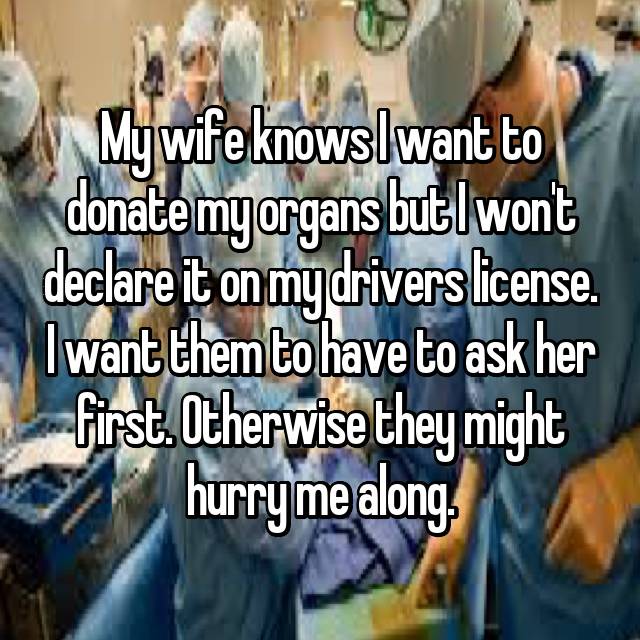 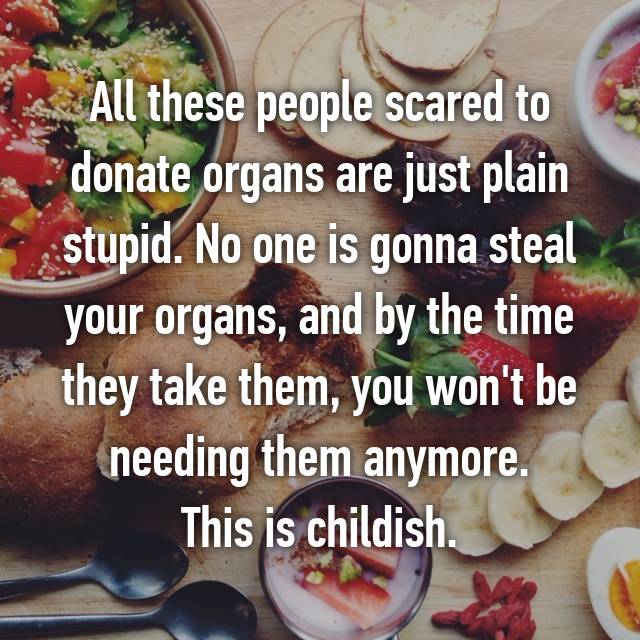 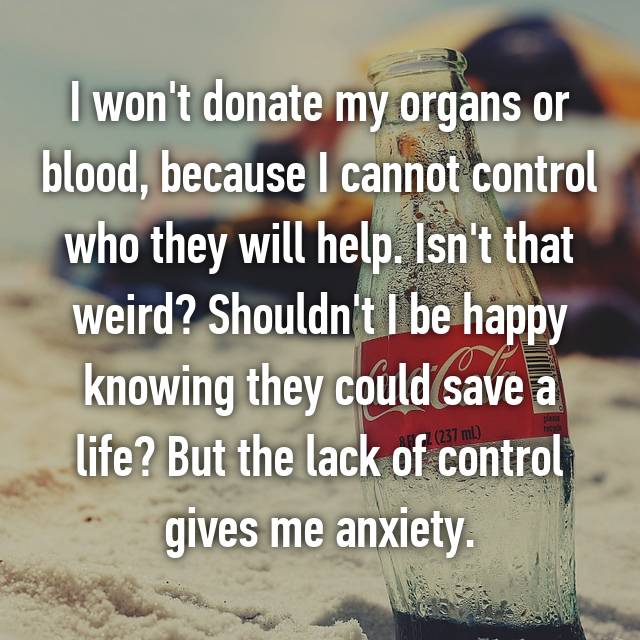 3. This is fair. Nobody really can anticipate how they’re treated after death. 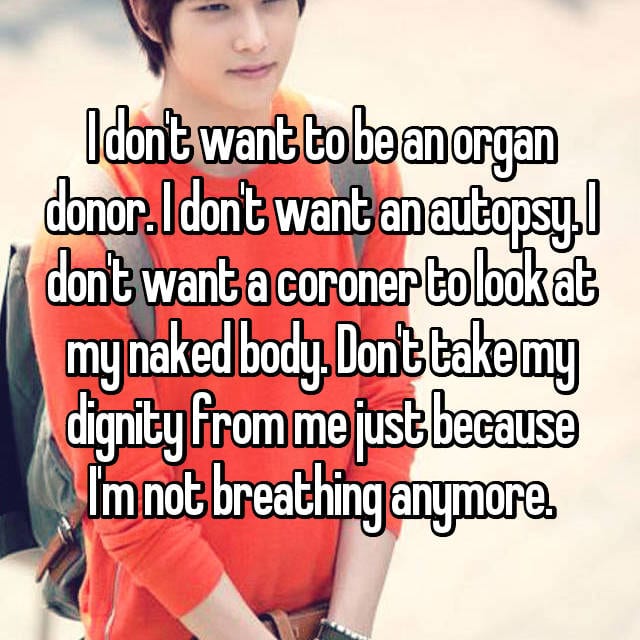 2. Yeah, but there are A LOT of people who could die way earlier than they should. 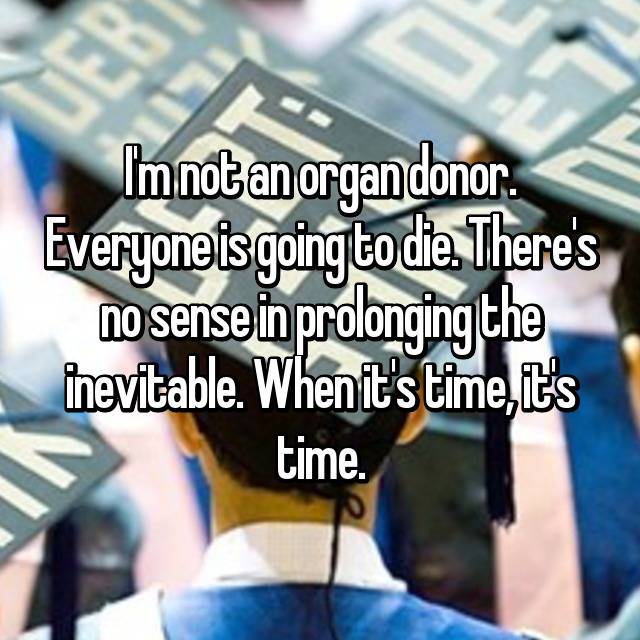 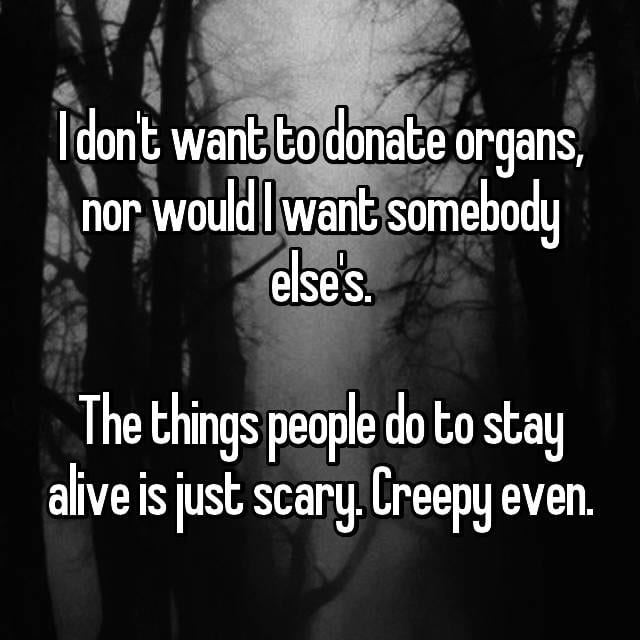 So what do you think? Would you donate your organs when you die? How about organ donation when you’re alive?