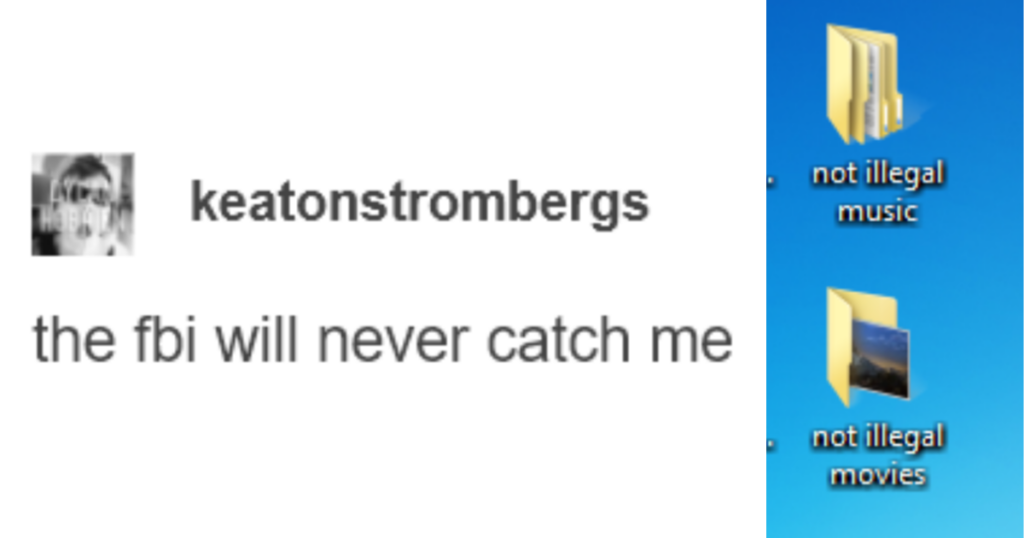 19 Tumblr Posts to Give You a Bigger Brain

Whenever someone asks me why I like Tumblr, I always reply that Tumblr is pretty much all the things.

Surf around for a while and you’ll come across basically anything you can imagine (with one notable exception following the site’s change in ownership…RIP Tumblr bo*bies.)

Whatever you’re interested in, whatever you’re musing about, rest assured there’s a whole mess of people on Tumblr ready and willing to muse along with you. And taking these posts in are sure to give you a bigger brain.

Get ready for some very confused looks.

Yep that’s it that’s what cat ownership is.

Give me some of that sultry sultan.

He’s doing his best, you bully.

I fought the law, and I kicked its ass.

That’s gonna be a big nope from me, dawg.

9. The scariest thing of all

8. They tried to make me go to rehab

And I just said my own name over and over.

Gotta wine and dine myself.

I’d like to just opt out of Santa’s surveillance program altogether, thank you.

Anything is better than living with this…

3. A page of history

I used to have the biggest crush on Ellen Page and this just makes me love her more.

Ash, I had no idea you were such a badass.

1. Living on the edge

Cats are mysterious and powerful and frankly beyond our human understanding.

Now that’s the kind of mishmash of nonsense the internet was created for.

Gotta give it up for the brave creators of Tumblr, spilling their thoughts for all to see, and to treasure. You keep doin’ you, Humans of Tumblr.

What kind of content do you go to Tumblr for?