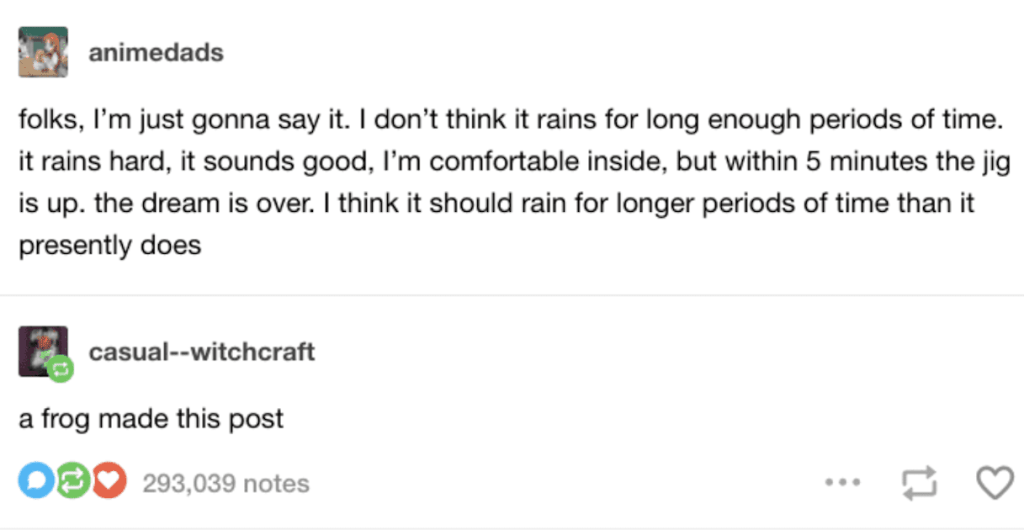 In a world where many social media sites create a “one size fits all” reality, Tumblr still brings the charm of a highly customizable, personal experience. Seriously, taking a peek at the seemingly infinite number of Tumblr blogs feels like you’re getting a glimpse into somebody’s inner life.

Yes, the vibes are strong and the amount of genuine, authentic moments that get captured in this rare gem of a site definitely deserve to be highlight for what they are: genius!

2. I can completely get behind this goblin trick.

It needs to pour more. 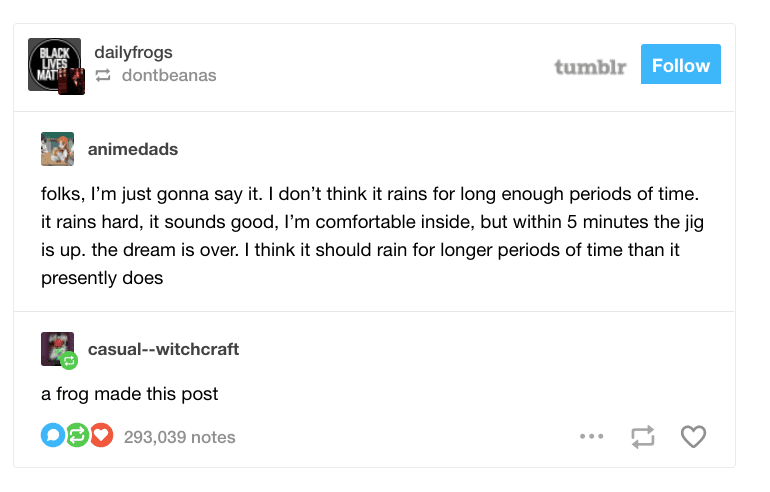 4. Apparently he can carry a tune

Love it when people have good senses of humor.

We’re too weird to be saved. 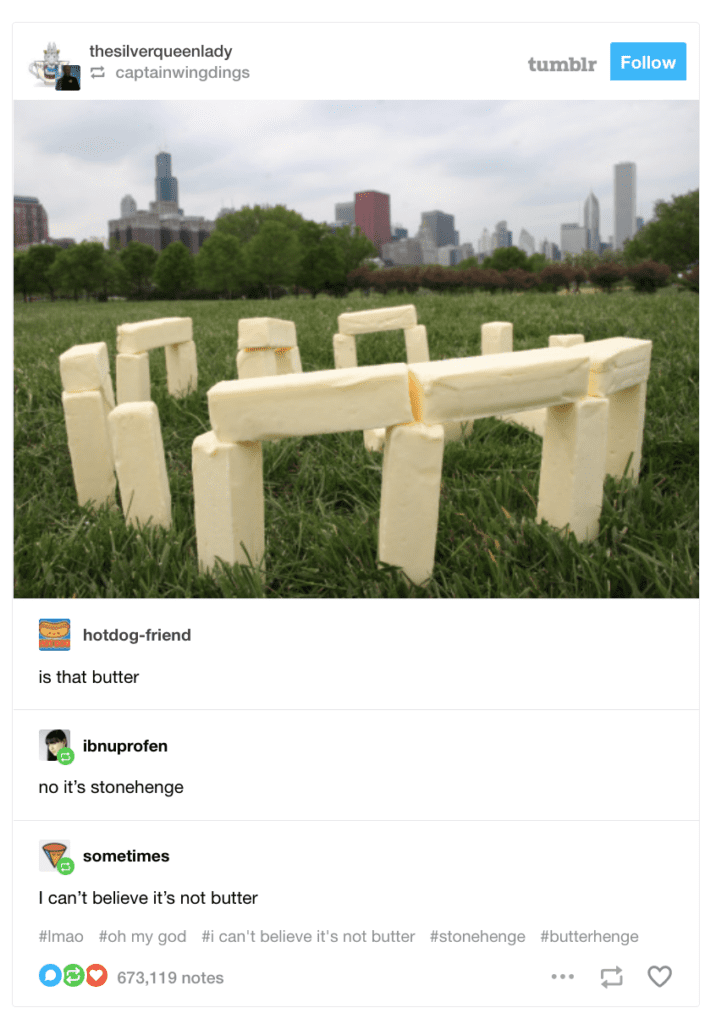 They’re laughing now… but just wait until she gets her revenge in the next series of generic photos!

A very weird way. But it is a way.

Some things are better left unpixel’d

14. From start to finish, this one is an absolute winner

Tilt at the windmills in your soul!

15. Weren’t they called dinosaurs back in the day?

Because dinosaurs definitely ate our ancestors. Without question.

16. Traffic can get pretty lit

Thank you. I’m here all week.

18. I totally get water hungry.

Pretty much every day, in fact.

19. I don’t think that’s what they were talking about.

Elastigirl to the rescue!

There’s literally no other place.

The one where you get mad.

Time to get another!

Just trust me and do it already!

Is it looping, or is this guy just really hungry?

We can all go home now. 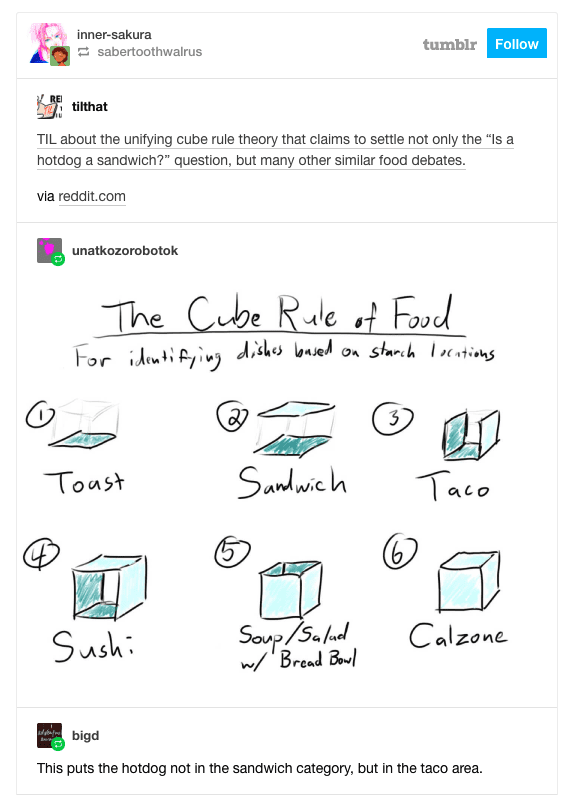 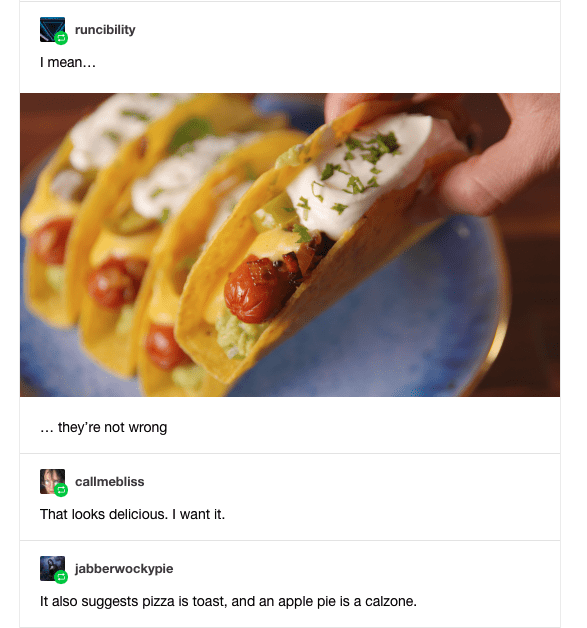 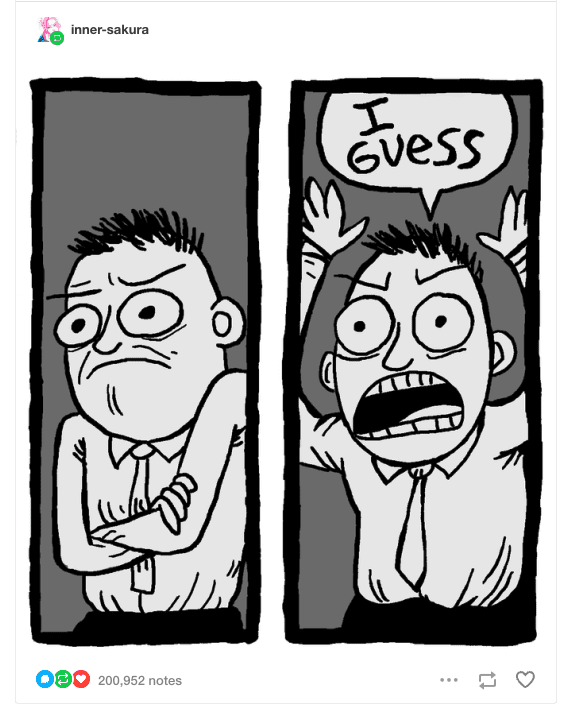 But I have to admit, I love that rat’s singing voice.

Oh yes my friend. Yes they can.

They must be stopped!

And that’s how we get to a better state of mind. One Tumblr post at a time.