For a long time now, Dave Chappelle has been one of the biggest and most influential presences in comedy. Never one to shy away from a hot take, he’s gathered his fair share of controversy. But even his harshest critics will usually concede that there are and have been times when he just absolutely shines as a uniquely perceptive voice. 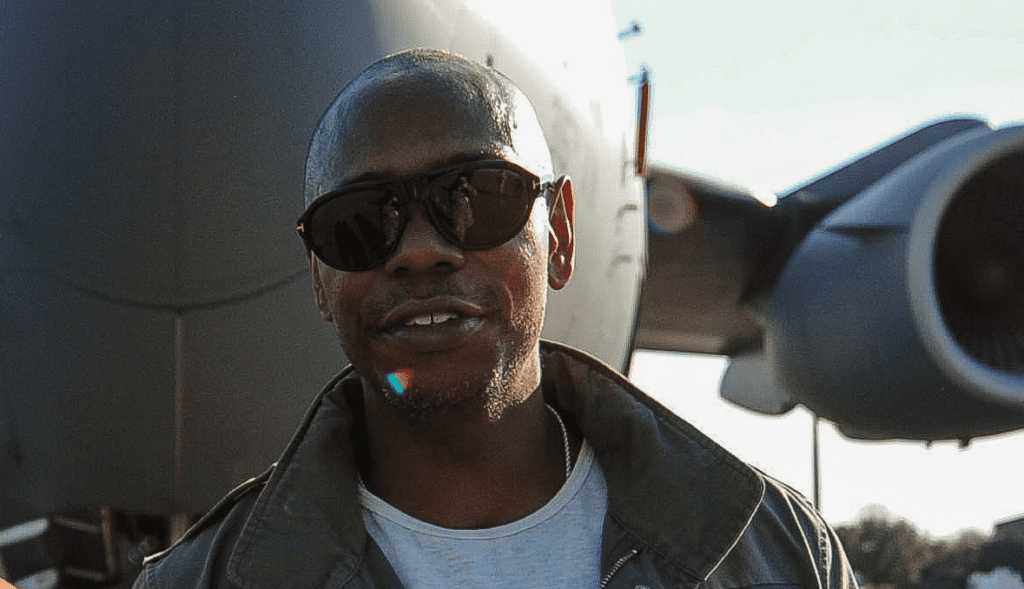 Recently, a new story about a Chappelle performance has leaked to the internet. Ok, “new” might not be the best word, as it apparently happened back in 2015, but until now there’s been no public knowledge of it.

It made its way to the internet this month via the Twitter account of comedian Kenny DeForest, who presumably chose this time to share it because it’s so germane to the national and global outcry over police brutality and racism. The story takes place at a Brooklyn, NY comedy club called The Knit in 2015, where he was helping run a regular show.

At the begging of that night, nobody even knew Dave Chappelle was going to show up, much less that he was going to leave everybody speechless.

We start the show thinking he MIGHT come. A couple comics in, he sneaks in like a boxer with his hood up. We’re in the green room smoking, drinking & joking. The dude is a machine. Every topic that came up, he had something profound for. We bring him up last, the crowd LOSES IT

Part 2: You Really Wanna Do This?

Protests etc were all over the city. Tensions were high. About 15-20 min min to his set he asks for another topic & someone shouts “police brutality!” He pauses then says “you really wanna do this? Ok.” He chugs his Tecate and sets it down. Our crowd was always beautifully mixed.

So Chappelle starts talking about Eric Garner and wathching him get murdered in cold blood on camera and how it makes him scared for his children. I remember he said “I thought body cams would help, but what good is video evidence if y’all don’t care?”

He starts educating the crowd on the history of black people and the police. He talked about slave patrols and Rodney King and Watts and Emmett Till and Black Wall Street. He talked about Trayvon Martin, Michael Brown, and he talked about John Crawford III

Some scared cracker-ass called the cops, and this officer comes in, doesn’t even bother saying “drop the weapon” or “hands up” and just guns him down. The security footage makes it plain as day. The footage will make you sick. Disgusting and outrageous in every conceivable way.

He says “the cop approaches and he can tell I’m nervous. I have both my hands on the wheel and I say ‘officer my license and registration is in the glove box. I’m going to reach for them now. I’m promise not armed’ I could tell the officer was offended that I was nervous. He said

‘I know who you are Dave Chappelle’ & I said ‘so why do you need my license and registration?’” He gets off w/ a warning. The twist? The same cop would go on to murder John Crawford III. His take away: “I shouldn’t have to be Dave Chappelle to survive police encounters”

…and there was nothing they could do to stop it. The people had momentum and apartheid ended. Critical mass. That’s what we have to hit. Once enough of you care, there will be nothing they can do to stop the change”

It was incredibly powerful. The crowd was somber and silent

Hat girl is humiliated and her friend even more so. Hat girl speaks first:
“I just wanted to say I’m sorry for what I said and thank you for educating me. I was ignorant before, but I want you to know I learned from you tonight and I won’t say things like that anymore”

Part 10: Part of the Solution

He changed everyone in that room that night. 200+ people became part of the solution if they weren’t already. Even a privileged girl in a privileged hat with a privileged mindset. Point is, it doesn’t matter what you thought before. You can always change

I’ve been sitting on this story since January 19, 2015. I wanted to respect his process and not burn any material for him. But, since he’s released HOURS of material since then I think it’s safe to say he won’t be using any of this bc he’s a genius who can just come up with more pic.twitter.com/48gxh82cNu

So far as we know, no one else, including Chappelle, has either confirmed or denied the story, but nothing about it seems particularly off-base. He’s got a real talent for sucking the air out of the room and refilling it with joy as he sees fit.

It’s an important reminder that you can be part of the problem or part of the solution, and that even a little of the former is light years ahead of the latter.

What are your thoughts on this? Share them in the comments.