I’m a big Sci-Fi fan. I love the way the stories capture my imagination, and exhilarate the part of my brain that hopes for a bright technological future for humanity. But one element just doesn’t get explored enough in the genre: could you travel around in space via farts?

Thankfully, Imgur User TheGameMaker apparently asked a couple of aerospace engineers about it, and he posted the results to a thread, so that we might incorporate them into our research as well. He starts by posing the specific parameters of the hypothetical: 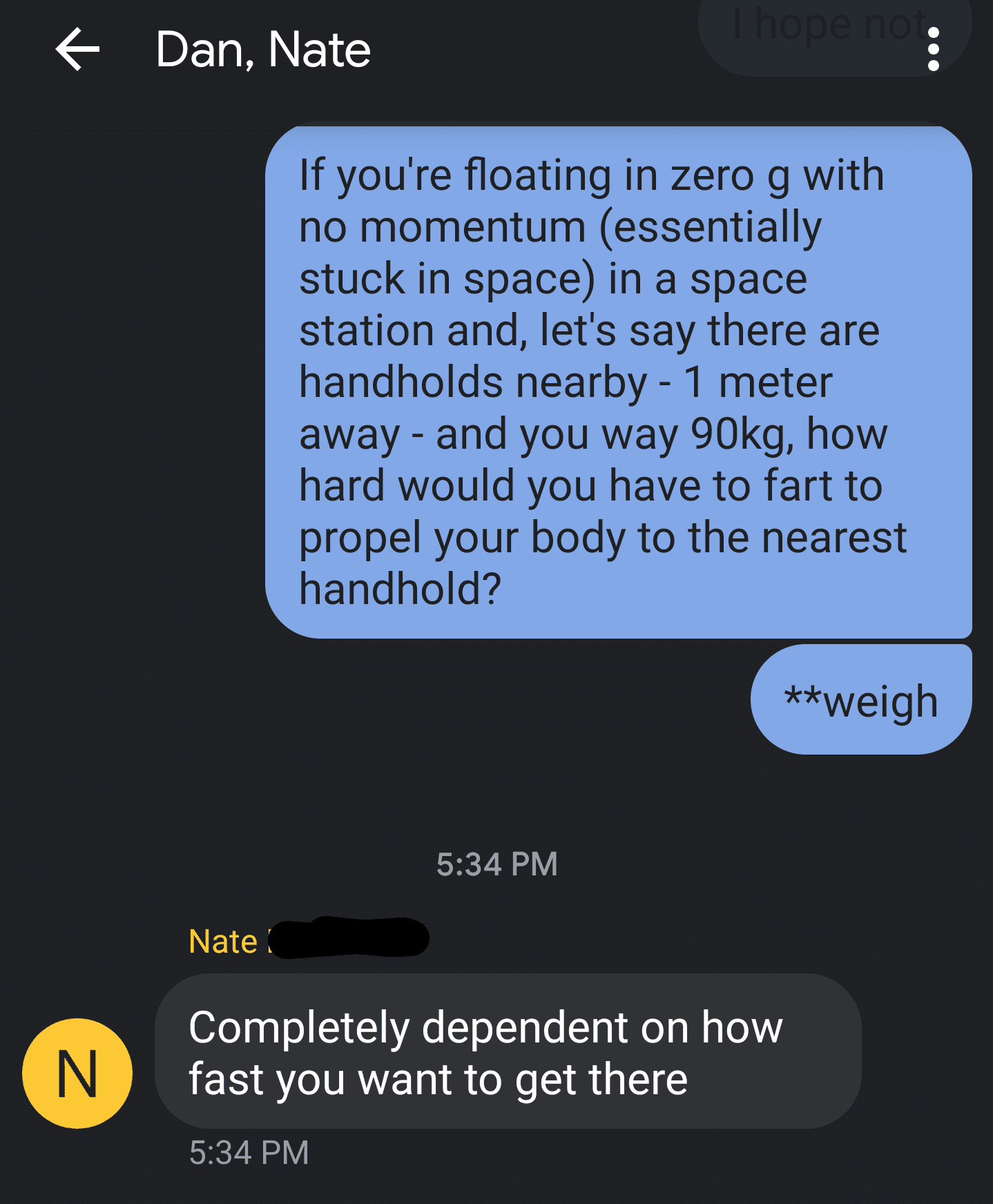 The scientists immediately get down to brass tacks. 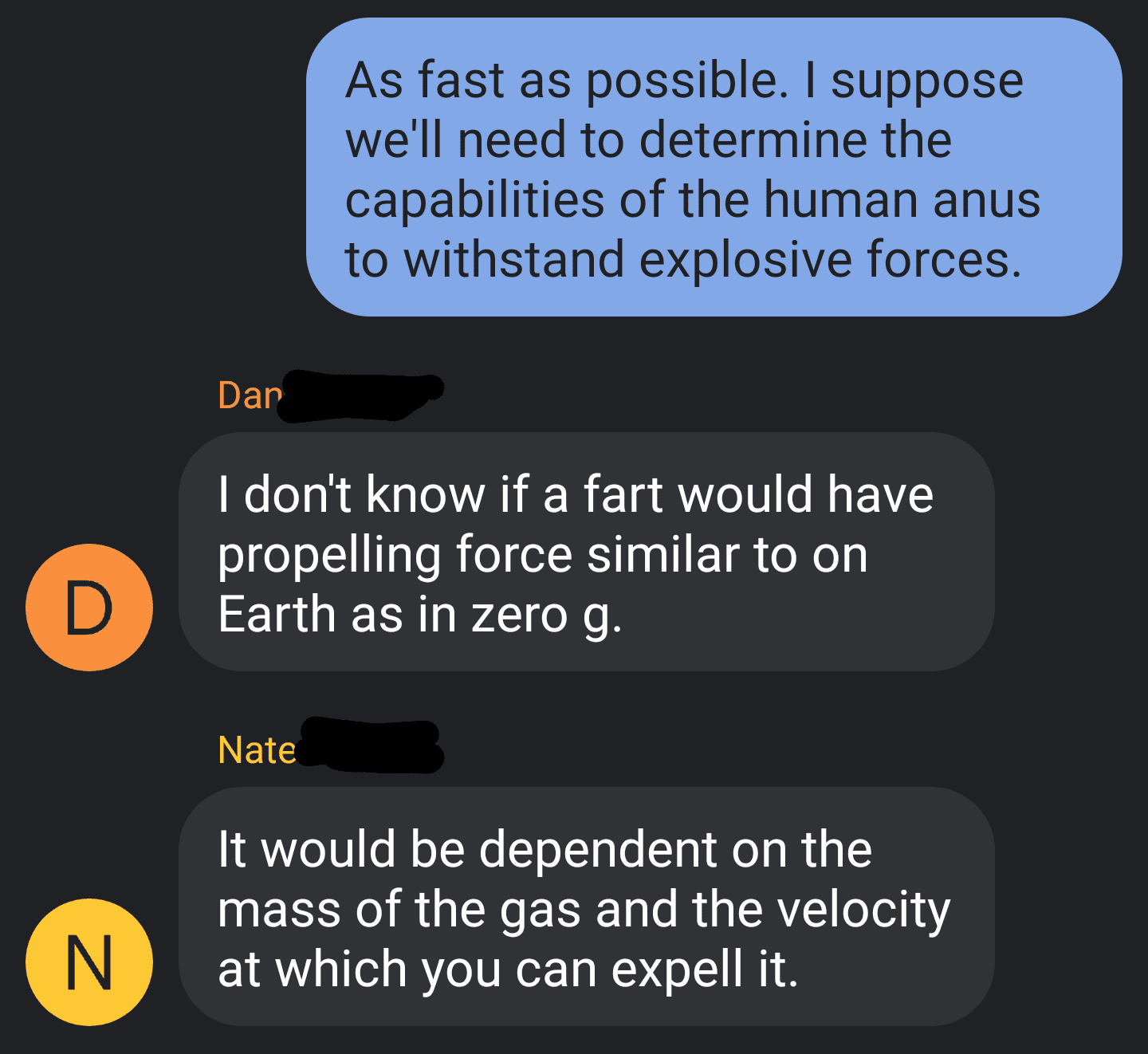 No mention yet of whether space tacos would be involved.

I would have paid way more attention in algebra if we’d have studied gas math. 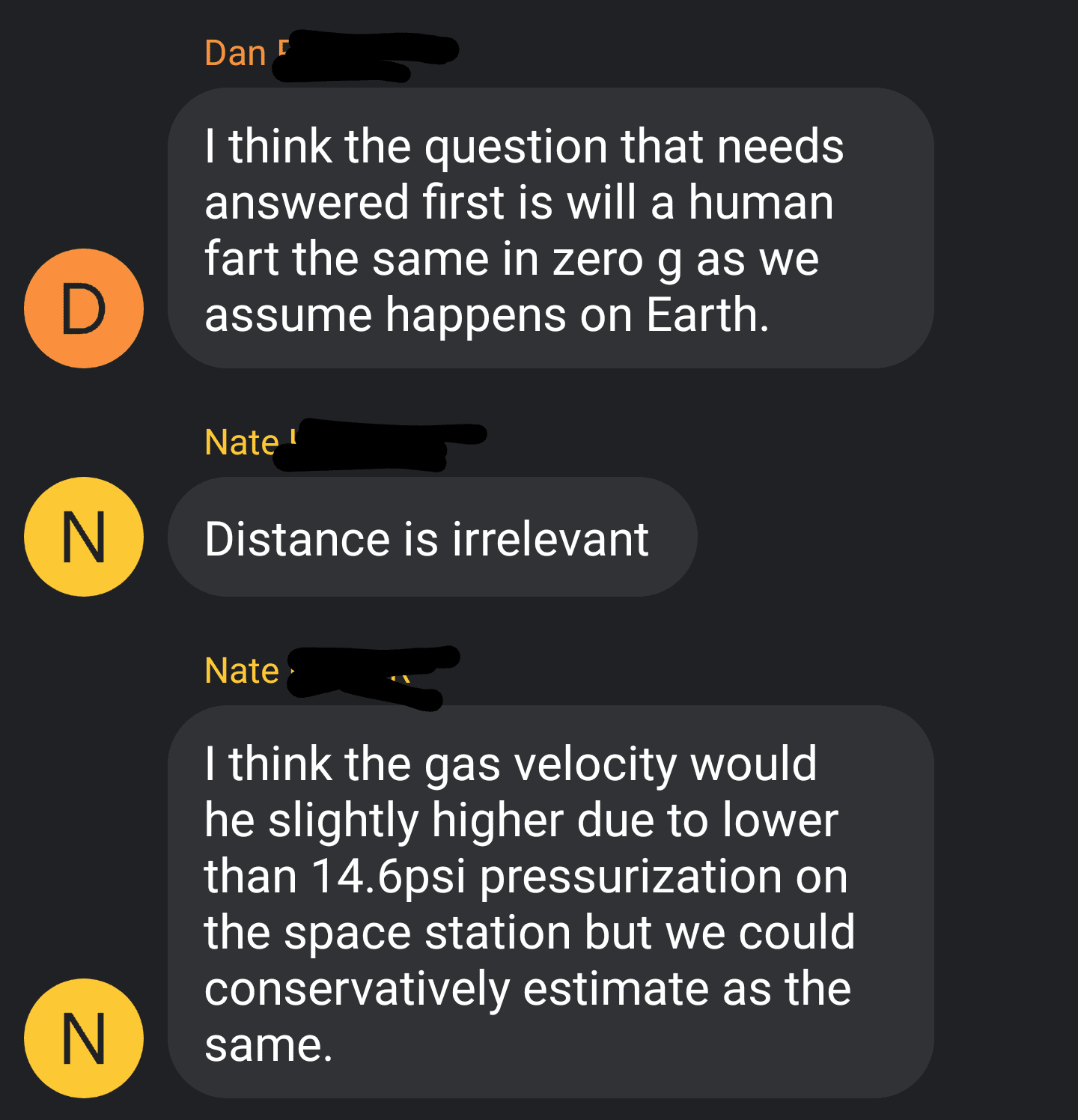 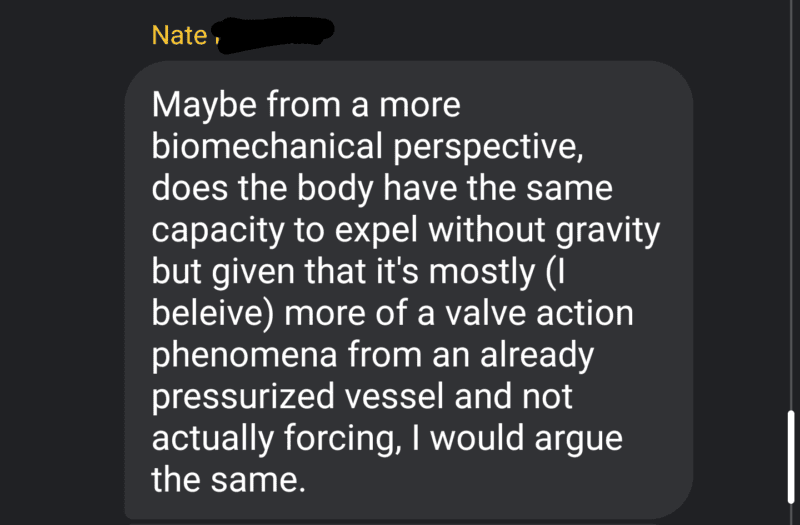 I never thought I’d find myself struggling intellectually to keep up with a conversation about farts, but here we are. 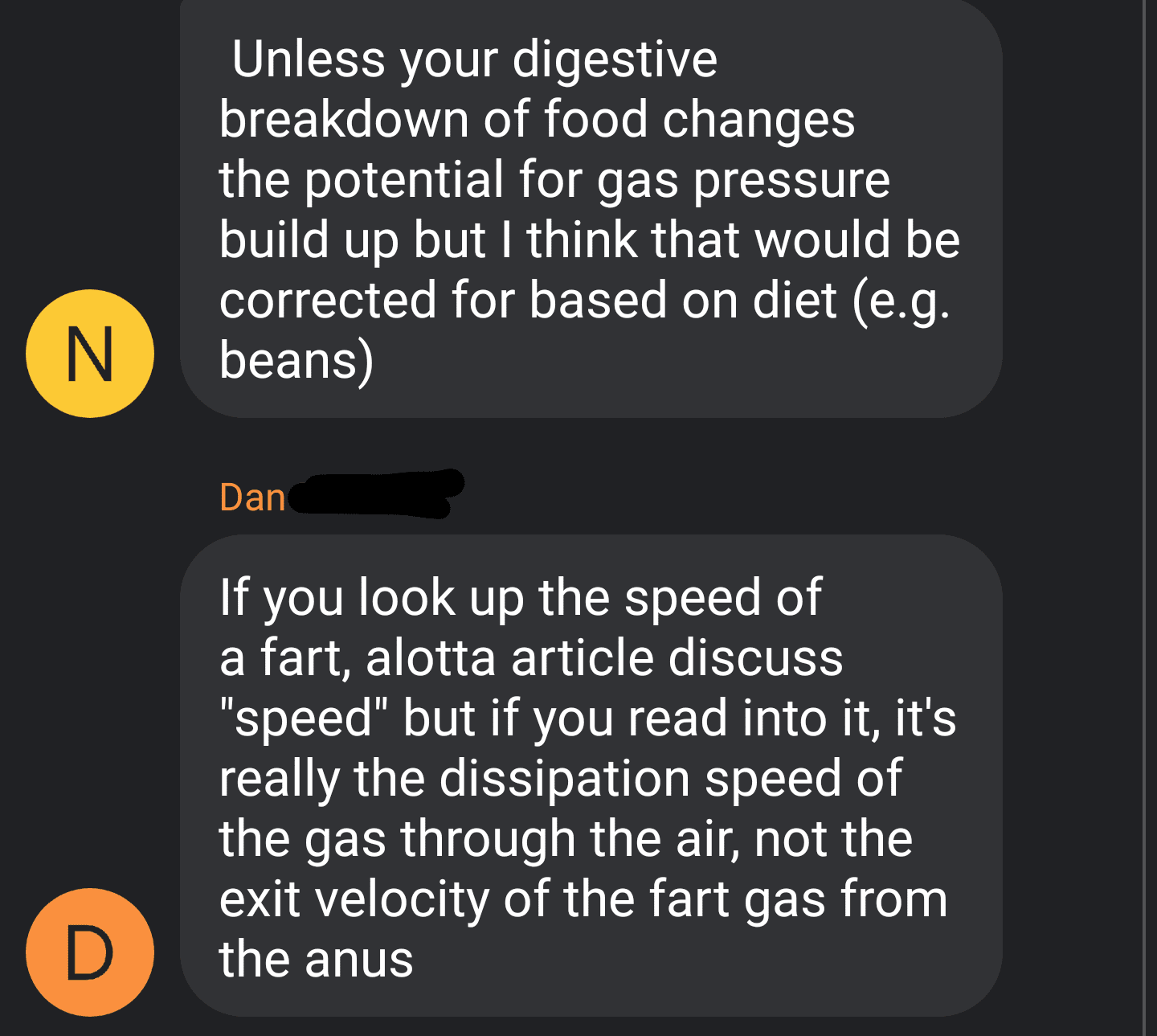 At this point, a real adult scientist is apparently reading “a lot” of articles about fart speed, and critiquing them. 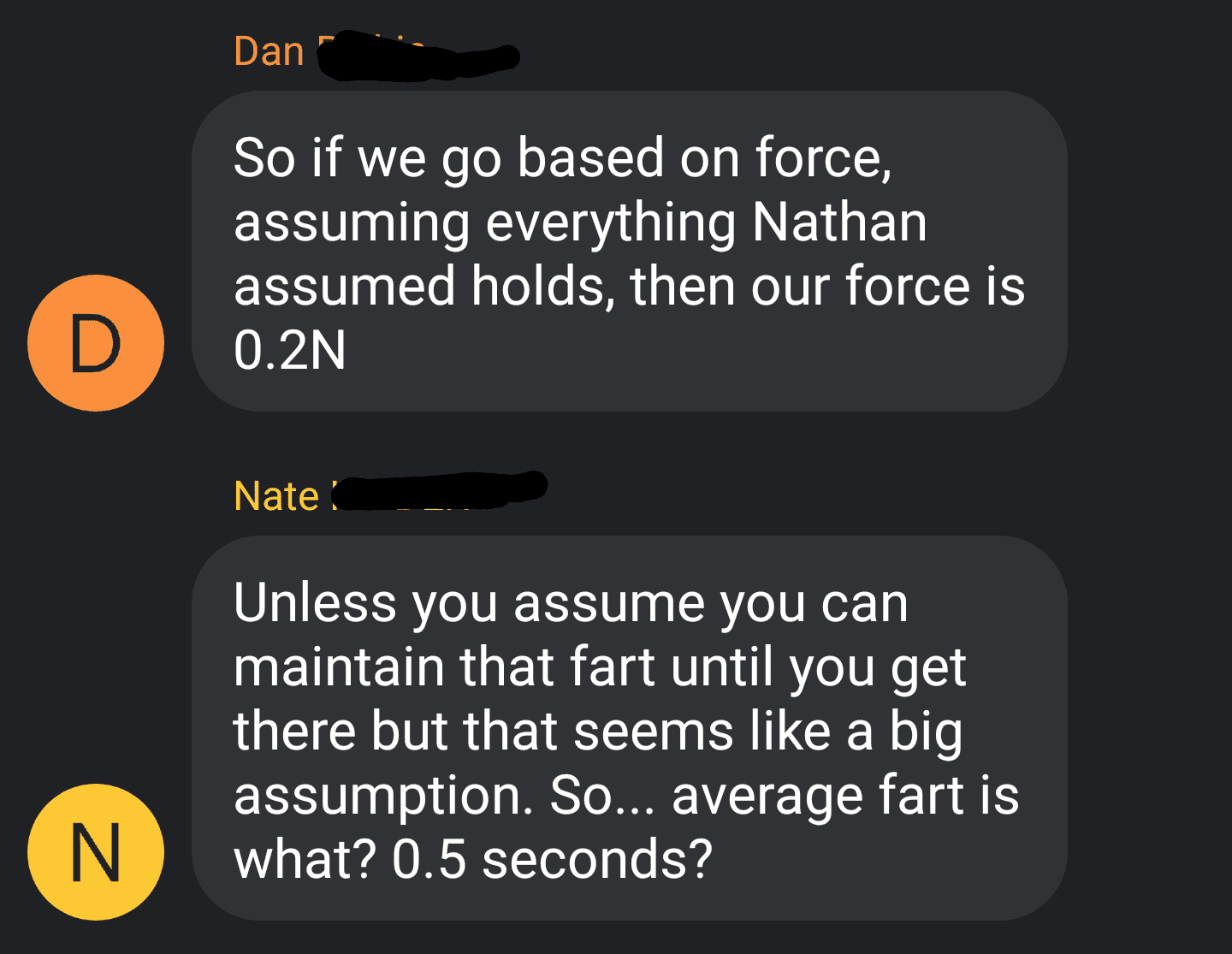 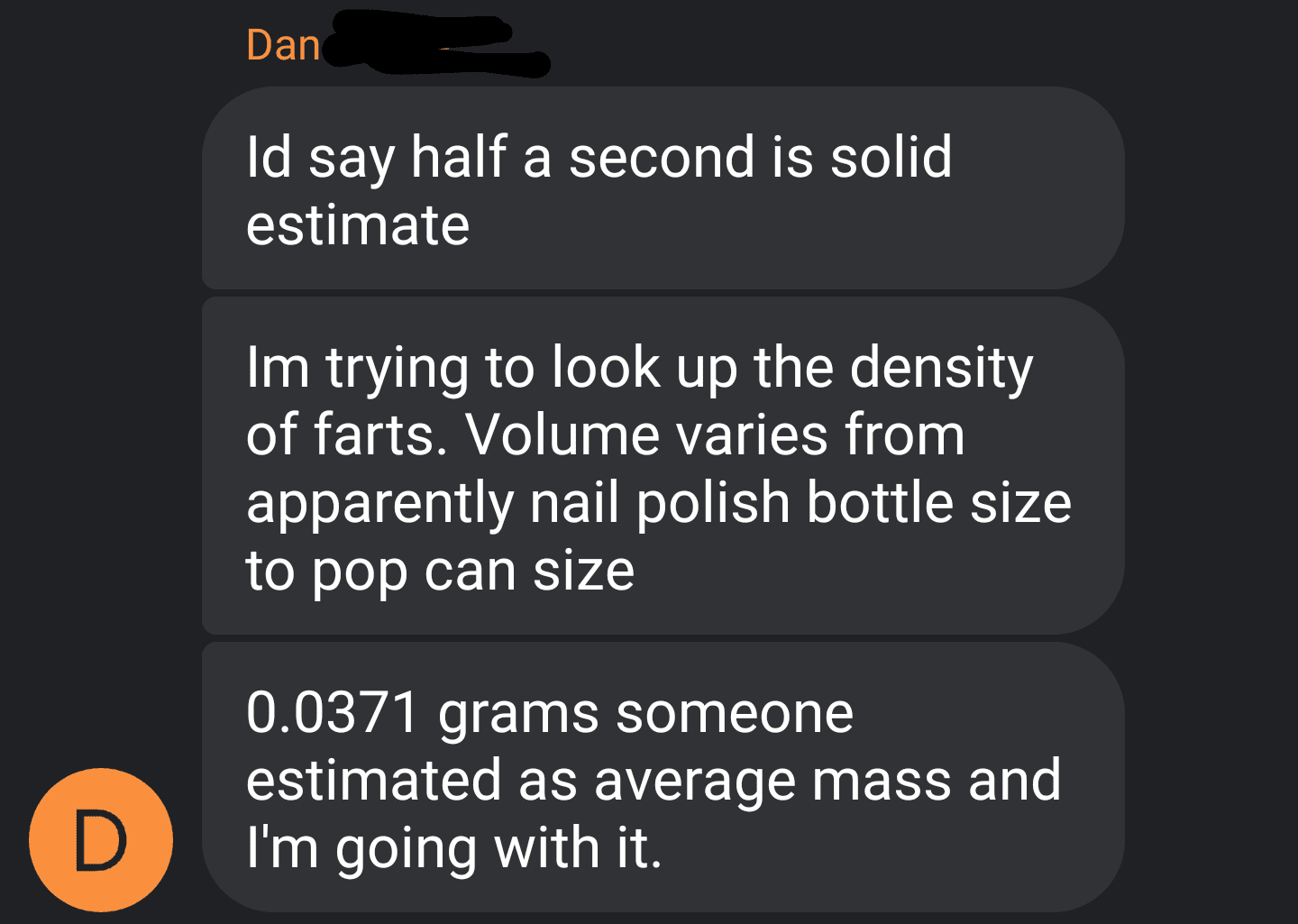 TIL I fart a pop can’s worth of gas? 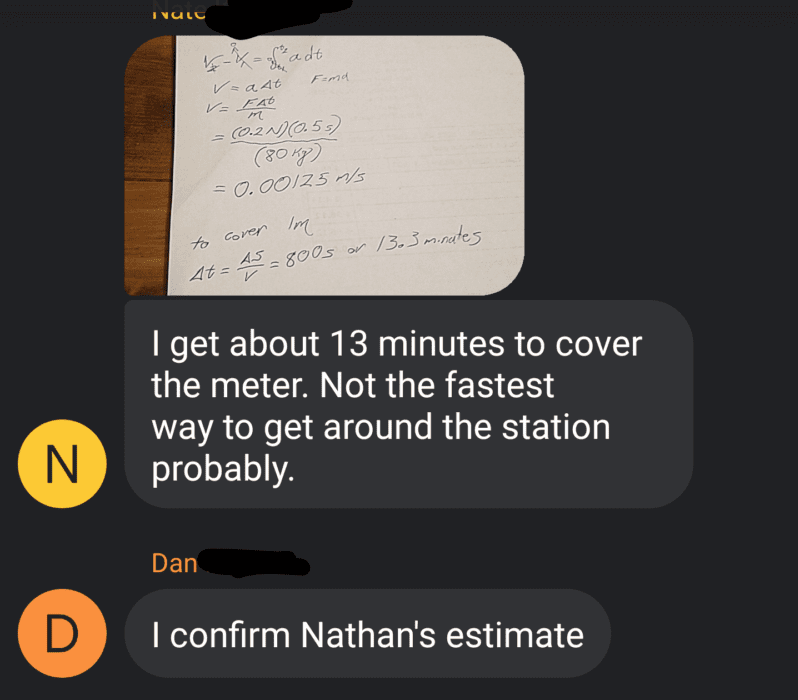 They’ve included some helpful equations here, which I completely understand will totally study later to verify. 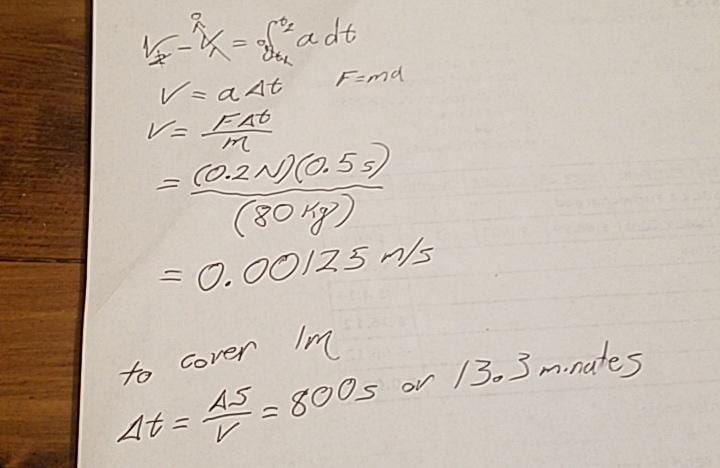 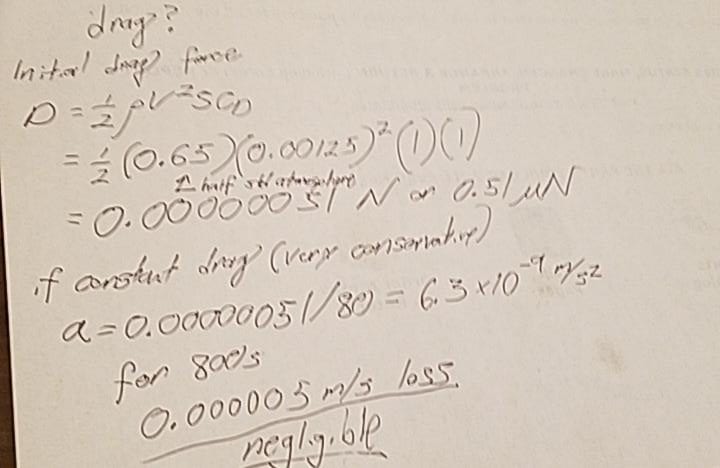 So, what does all this mean? 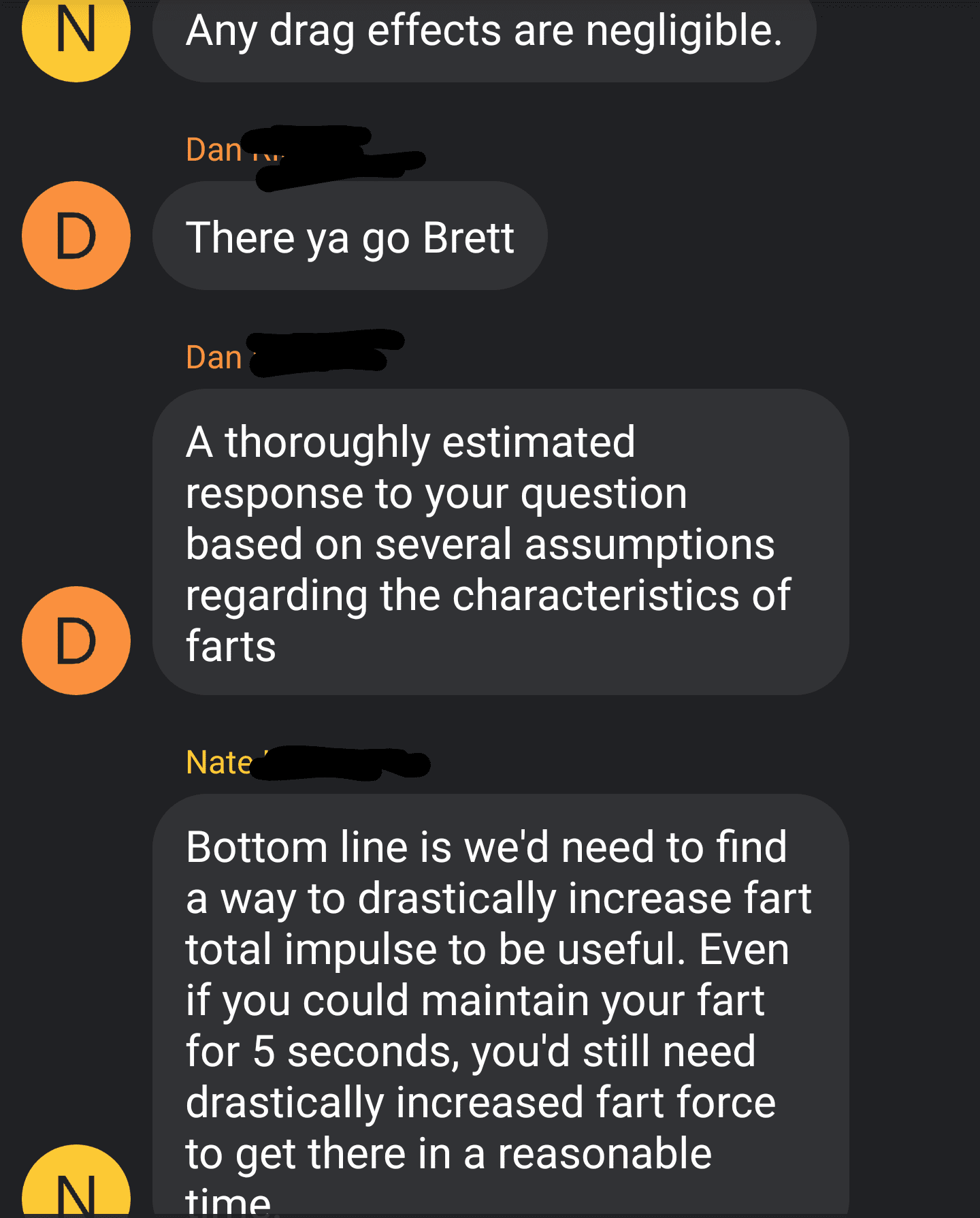 Sadly, the conclusion is that human fart technique simply isn’t space-ready yet. But tonight, I’ll be staring up at the moon and whispering “Someday…someday…”

What’s a dumb science question you’ve always wanted to ask? Put it in the comments.