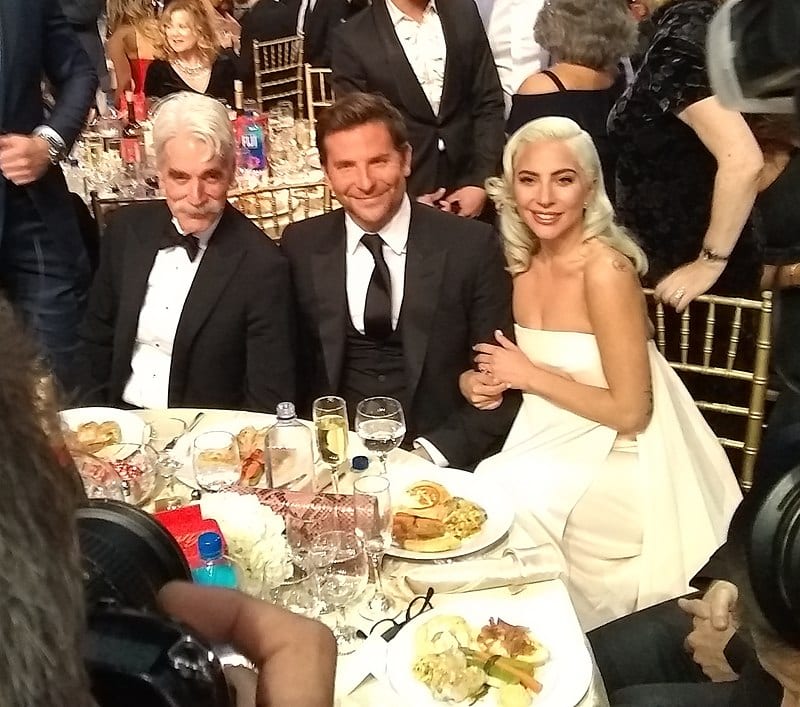 One of my favorite sayings is, “Success is the sweetest revenge.” Basically, it means ignore your haters and focus your energy on just doing you, because your eventual success will shut them up in the best possible way. While plenty of celebrities have had that experience growing up, Lady Gaga has completely lived that truth.

You see, back when she was a college student at NYU, playing dive bars and open mics for anyone who’d listen, a crew of her classmates created a Facebook group specifically meant to bully her. They used the forum to tease her mercilessly, making fun of her appearance, her music, and her dream of becoming a famous singer. 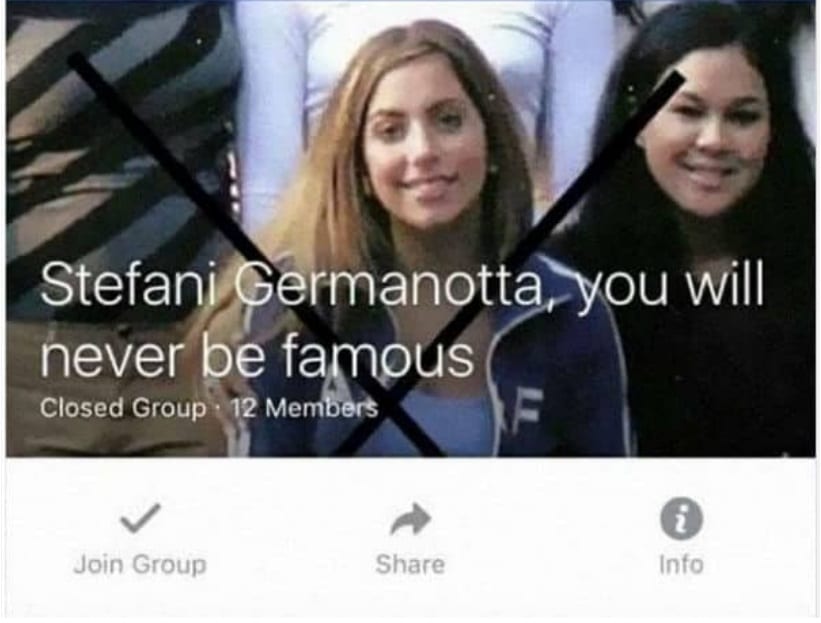 The group, which uses her real name, is titled “Stefani Germanotta, you will never be famous,” and accused her of things like being an “attention wh^re”.  It also repeatedly stated that she’d never, ever be successful at her chosen calling.

The group was first exposed back in 2016, when Lauren Bohn, a former classmate of Gaga’s made a Facebook post about it:

Lauren wrote how Gaga’s story is a perfect example of what happens when you don’t let your haters get in your head.

When I was a freshman at NYU and Facebook was only a year old and people created/joined groups like “I have dimples, f*** me” and “Fake ID, please!,” I remember coming across a Facebook group that broke my heart. It’s name: “Stefani Germanotta, you will never be famous.

The page housed pictures of a pretty Norah Jones-esque young 18-year-old NYU student who sang and played piano at local bars. The group was peppered with comments, sharp as porcupine needles, vilifying the aspiring musician for being an “attention-wh^re.” Scores asked: “Who does she think she is?” I also remember one dude posting a flyer for one of her upcoming gigs at a local village bar. He had clearly stomped on the flyer, an outline of his muddy sole [soul] struggling to eclipse her name.

I couldn’t shake the raw feeling of filth while scrolling down that Facebook page, but I pretty much — and quickly — forgot about that group and that girl with the intense raven eyes.

Until about five years later. I was on an Amtrak train from NYC to Philly, reading a Vanessa Grigoriadis New York Magazine profile on Lady Gaga. I floated somewhat mindlessly through the piece until I got to the first sentence of the second graf:

“Before the meeting, I assumed that someone with a stage name like “Lady” (her given name is Stefani Joanne Germanotta) was going to be a bit standoffish…”

“HOLY sh^t,” I screamed to an empty car (Those who hang with me will know that I actually shrieked). “LADY GAGA IS STEFANI GERMANOTTA? STEFANI IS LADY GAGA?”

I was overcome with a dizzying emotional cocktail of stage-mom-at-a-beauty-pageant and nerd-revenge triumph. But also shame. Shame that I never wrote on that group, shame that I never defended the girl with the intense raven eyes — the girl whose brave flyers were stomped on, probably somewhere near my dorm.

But again, I soon forgot about that revelation and that feeling. Feelings. They’re so fleeting. Even more so, revelations. We need to constantly re-discover them every damn day. Like last week, when I woke up to this meme. I saw the muddy sole eclipsing her name. The eye-rolls. The cowardly virtual-giggles. The “Who does she think she is?”

I’ve got a lot of feelings, but the easiest one to articulate: gratitude. Stefani, thank you. Thank you for always thinking you’re a superstar, for using your cracks to let the light come out more brightly. Humans, let’s follow suit. #LadyGaga #ThatsWho

Well, Gaga is clearly getting the last laugh today. She’s a household name who recently broke barriers by becoming the first woman to win a Grammy, Oscar, Golden Globe, and BAFTA in the same year for her incredible performance in “A Star is Born.” 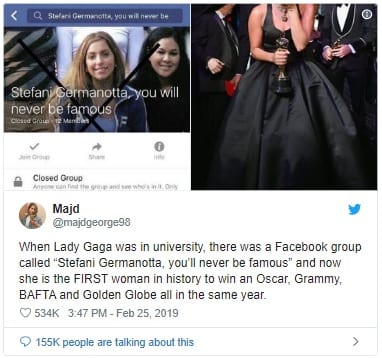 Plenty of folks were also curious as to what the creators of the group are up to now. 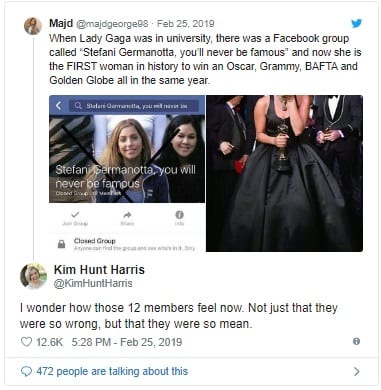 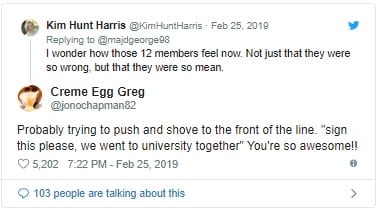 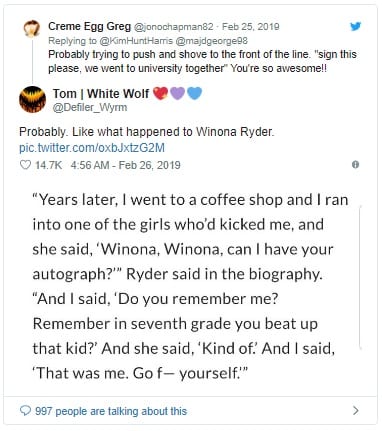 Others also noted that this just shows how people will always try to hate on each other, but that haters should never be the reason you give up on your dreams. 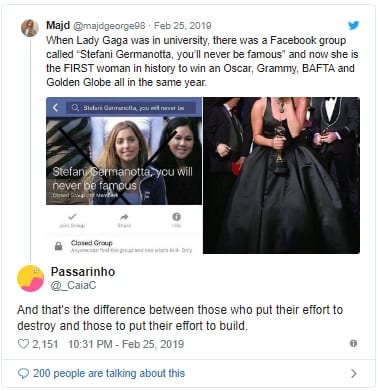 If you need even more inspiration…

…check out Lady Gaga’s Oscar acceptance speech in the above video.