Let’s talk about something a little uncomfortable: how to spot abuse. It’s something that is, thank goodness, shifting into a more frank part of our general dialogue. One thing that’s becoming less of an open secret and more of a commonly discussed fact is that most of the more heinous relationship abuse is generally suffered by women at the hands of men. But people are people, and no group has a monopoly on mistreatment.

Tumblr user exposing-the-bullsh^t kicked off a pretty long and insightful discussion on how young girls should be taught to recognize their own controlling and abusive behavior, even if they’re not likely to be told to stop.

It’s fairly easy to see when spelled out like this. 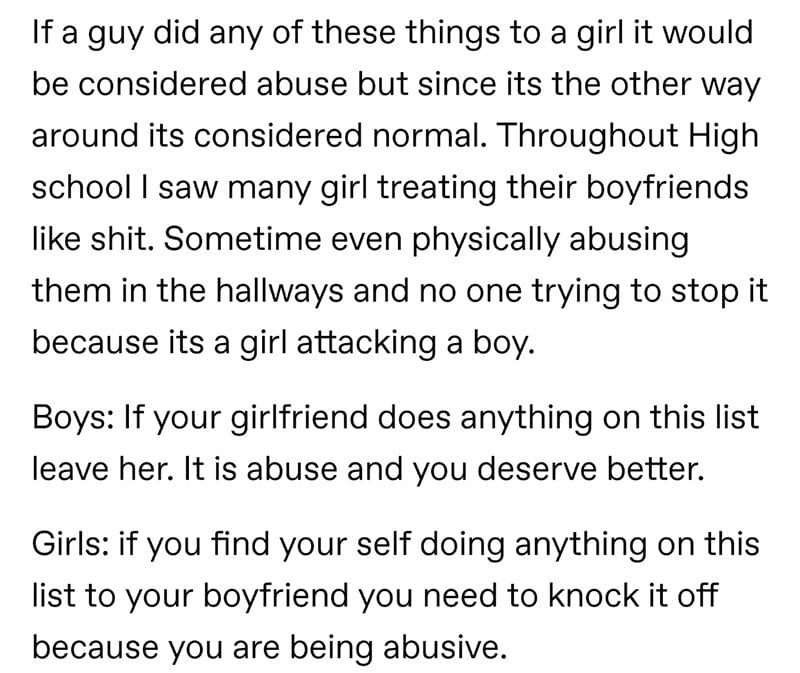 Soon others started adding stories from their own experiences. 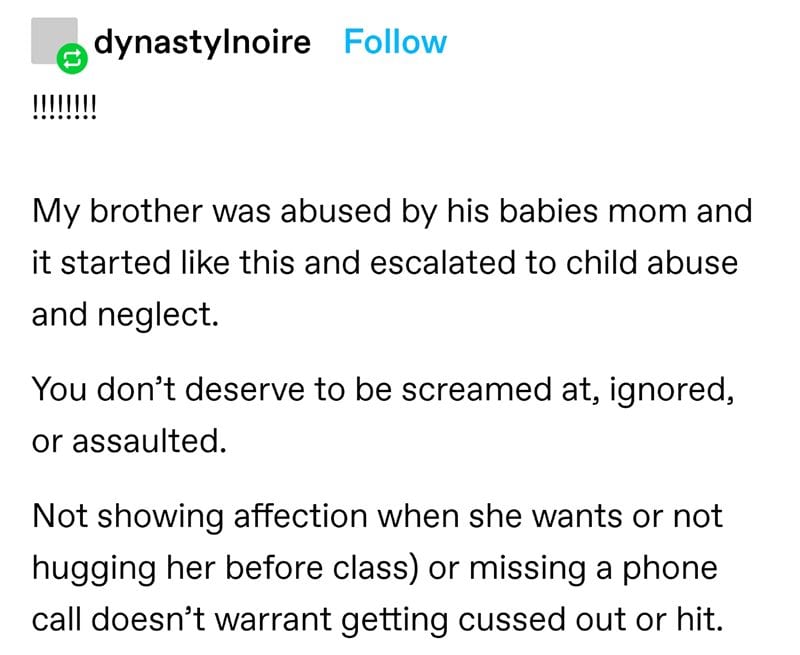 Again, no group has a monopoly.

Here are some other red flags.

7. You pass on what you know

There are some things you can’t expect people to simply “grow out of.” 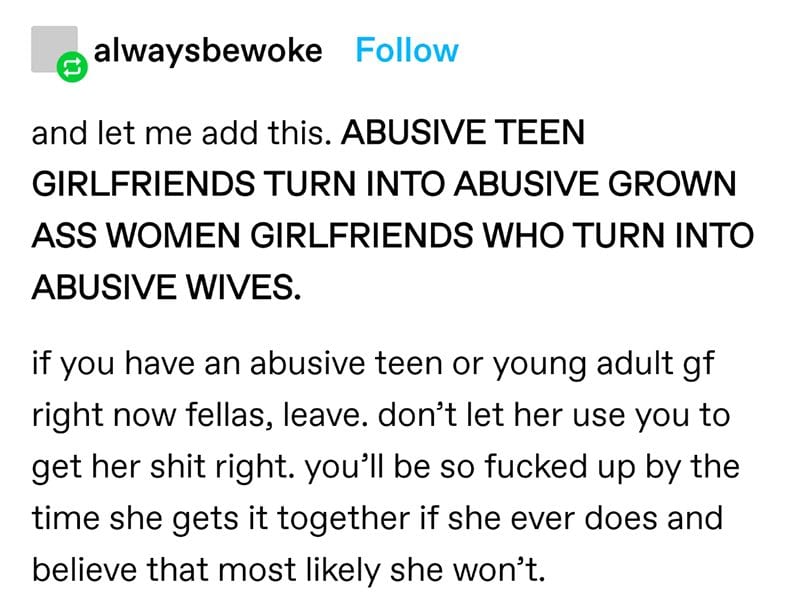 9. Looks can be deceiving

You don’t have to be big to use violence or psychological terror. 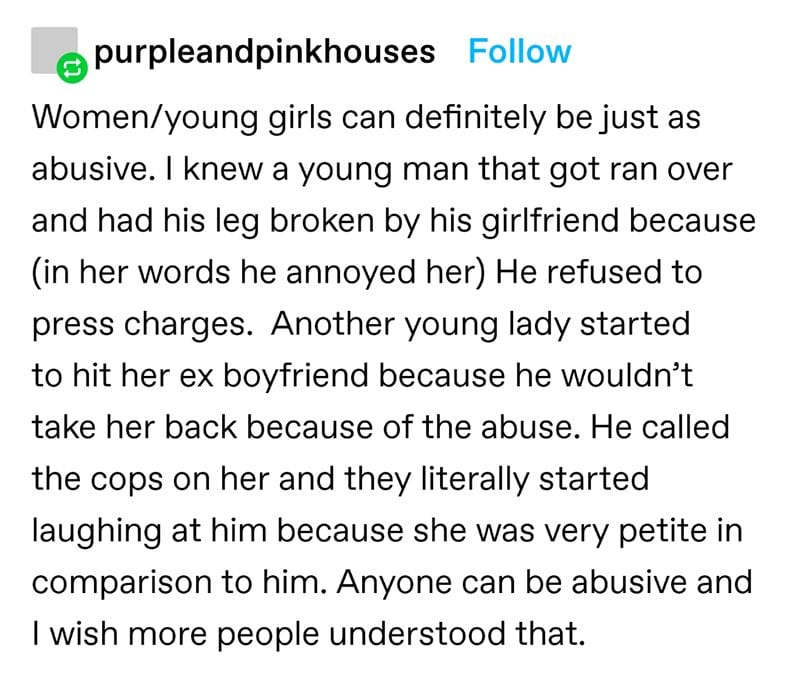 It’s good to remind ourselves from time to time that all humans are capable of hurting, and all are capable of being hurt. The sooner we truly get that through our heads, the better off we’ll be.