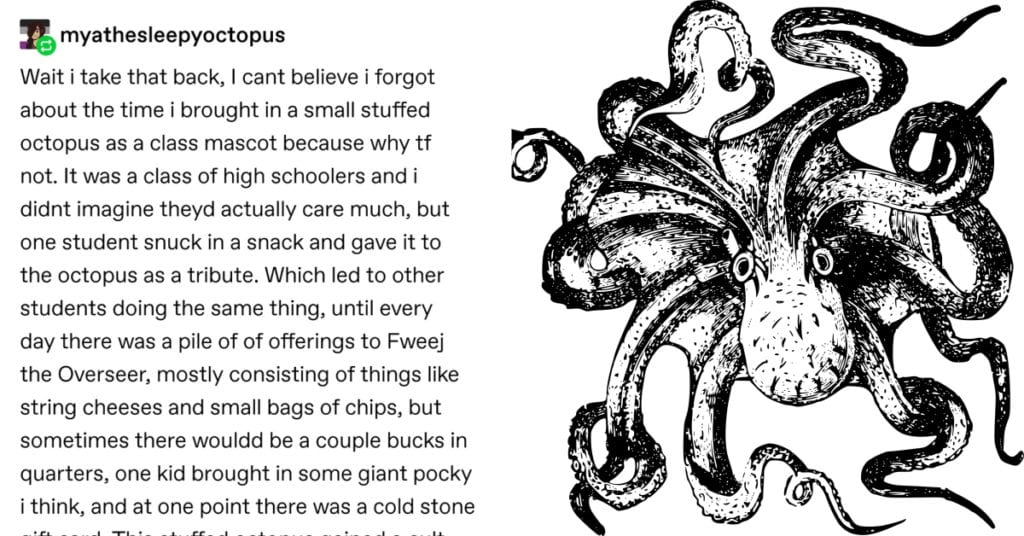 I come from a whole family of teachers, so I’ve heard plenty of crazy student stories in my day. Still, the ones on this Tumblr thread kicked off by biggest-gaudiest-patronuses (great name, OP) has some truly golden tales of academic silliness that I can’t seem to stop cackling at.

Hopefully they’ll nest themselves pleasantly in your mind just as they have mine, and we’ll both be walking around getting weird looks from our families as we repeat the new-found catchphrases found within.

It kicks off with a…question? Story? Tumblr is a weird place, who knows. 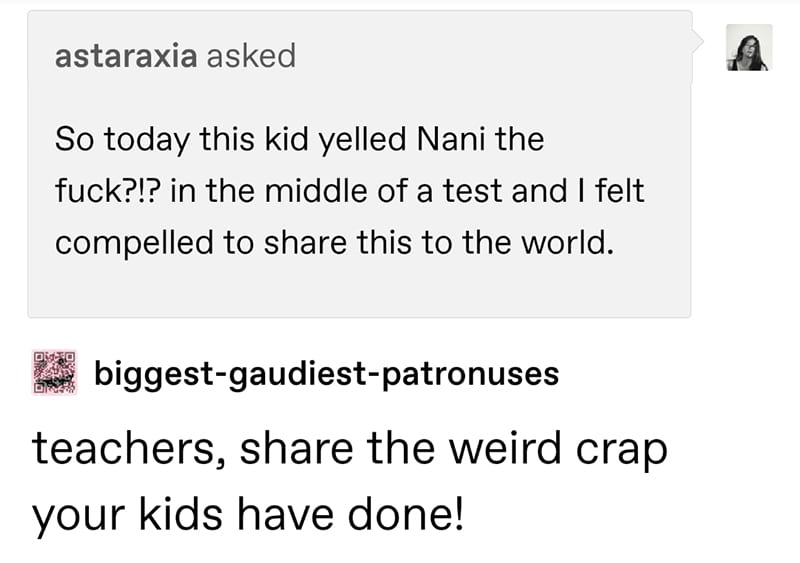 2. Mark this one down

Then the stories started rolling in, beginning with a kid who’s clearly…going places.

3. Requesting the highest of fives

I don’t know which thing about this post gets me more, the thing the kid said or the fact that a teacher wrote “An 4th grader.”

Another story here about a kid who is apparently very in touch with their feelings.

Doubling back, they realize they almost left us without the greatest tale of all. 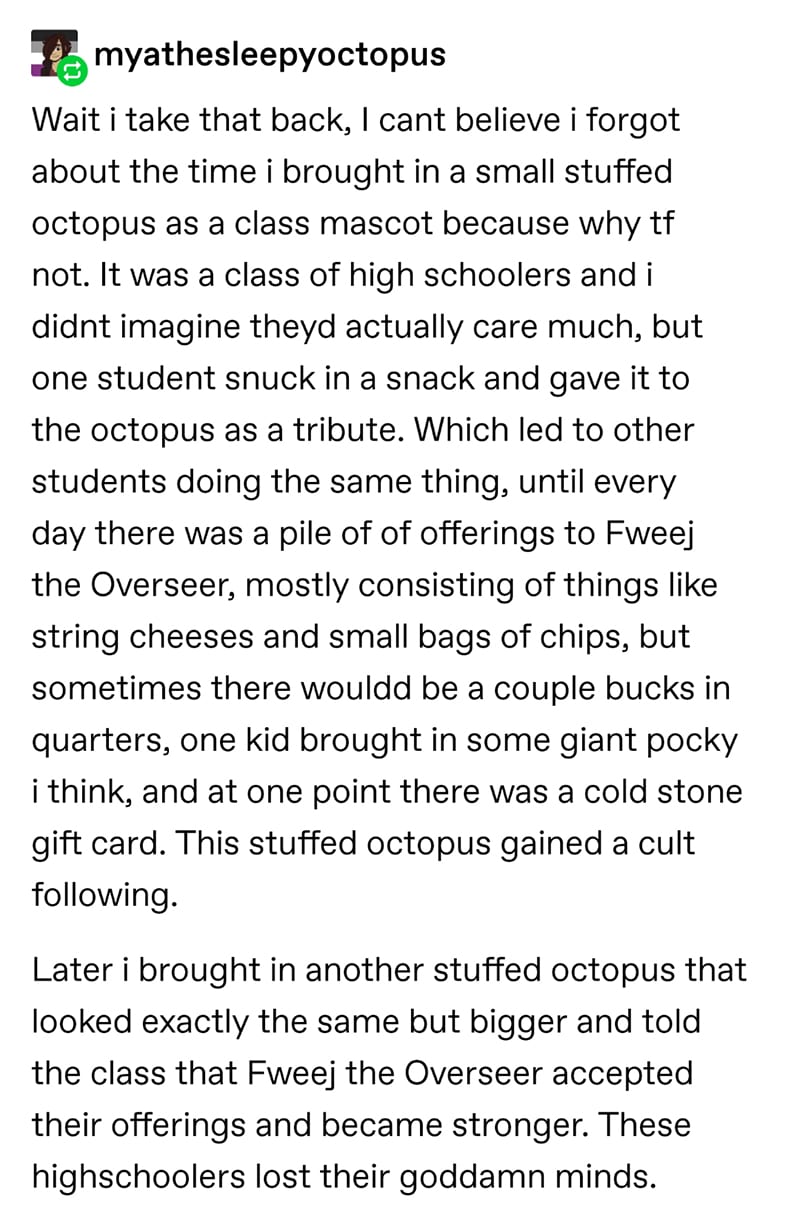 Some teachers change lives by inspiring, others by enabling dorkiness.

I’ve taught a few classes myself, and sometimes I think it’s them who are teaching me. Not these kids, though. They’re not teaching anybody anything. At least they’re funny.