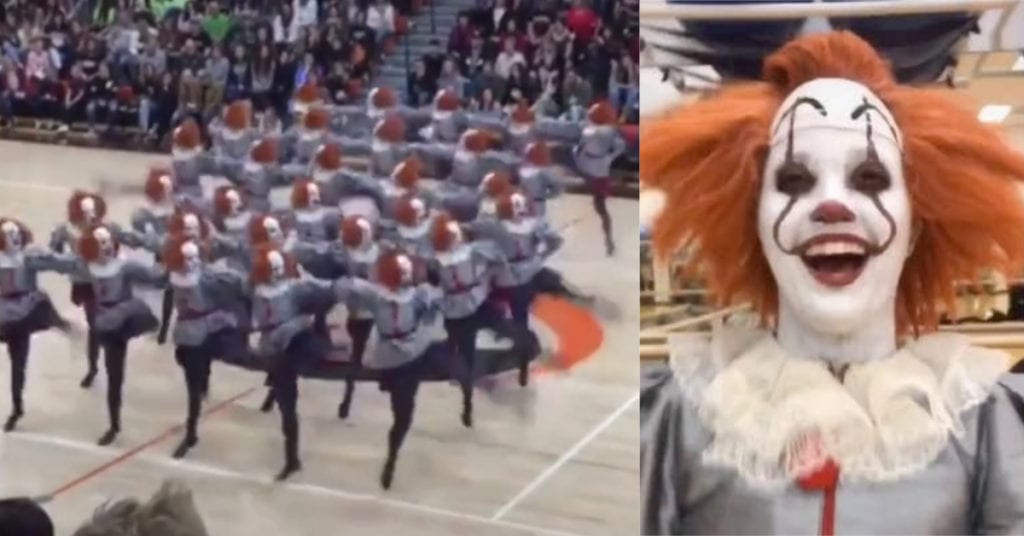 Have you seen the movie It (2017)? I haven’t, because I’m a tiny baby person who can’t do horror movies. Yeah I said it, I’m a grown adult who’s still afraid of spooky clowns. There are dozens of us. DOZENS!

At any rate, whether you’ve seen the movies or not you doubtlessly recognize their central antagonist Pennywise, played by Bill Skarsgård:

He’s pretty damn freaky. Freaky enough to scare the crap out of Bill Hader while shooting the sequel, in fact. See, Hader was chatting with Skarsgård on set and asked him how they pull off the weird eyes-going-in-different-directions trick. “Oh this?” asked Pennywise, who then did it for real, causing Hader to run like hell and create one of my favorite behind-the-scenes stories of all time. 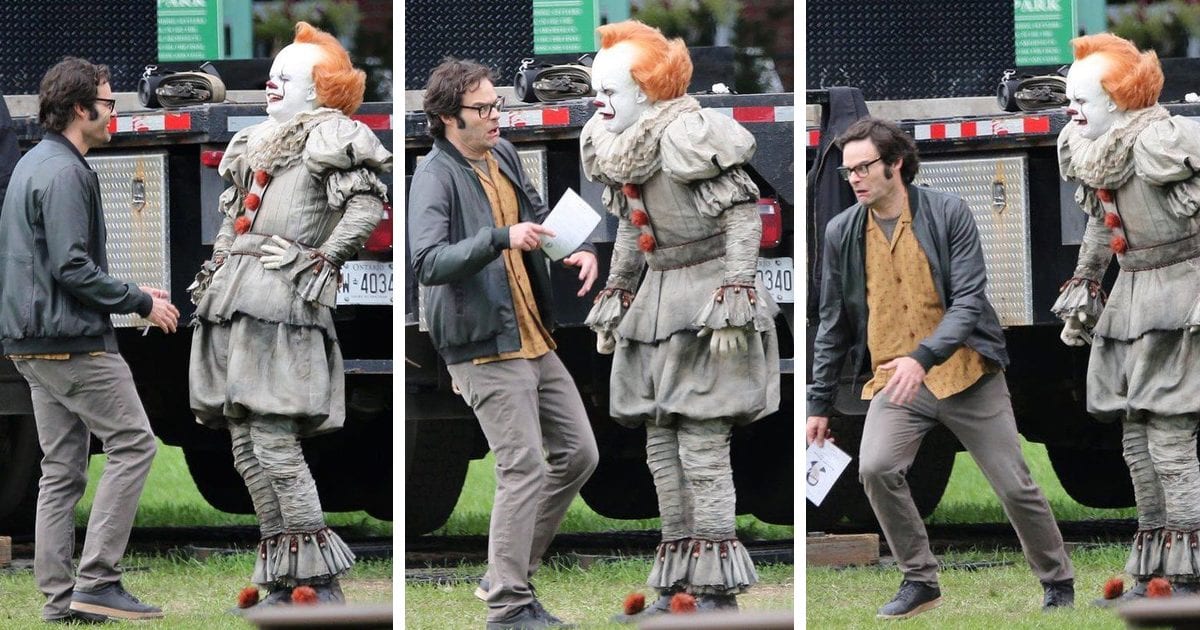 Anyway, the point is, Pennywise has captured the imaginations of a lot of people, including, it seems, the Syracuse Dance Line, the dance team of a Utah high school which, as former member Aspenn Kite revealed on TikTok, did their big show a couple years ago completely decked out in the creepy clown outfits.

senior year my dance team was pennywise. i cannot make this up

And yes, she posted the whole routine.

PART 1 !!! part 2 will be up tomorrow so stay tuned 😆😆😆 (fun fact: before we went on we had to put black food coloring on our tongues and teeth🤢)

PART 3!! THANK U ALL! for those asking what school: Syracuse High School in Utah 🥰 follow shsdanceline on insta if you wanna see them this year !!

One thing is pretty clear – this group is anything but ordinary.

y’all BEGGED. so part 1 of the pennywise dance will be up later today 😳😳😳 (was not expecting it to blow up THANK U)

Personally I feel an enormous mixture of fear, admiration, respect, and horror watching this unfold. Well done, kids, you freaked me out good. And that song is a bop. 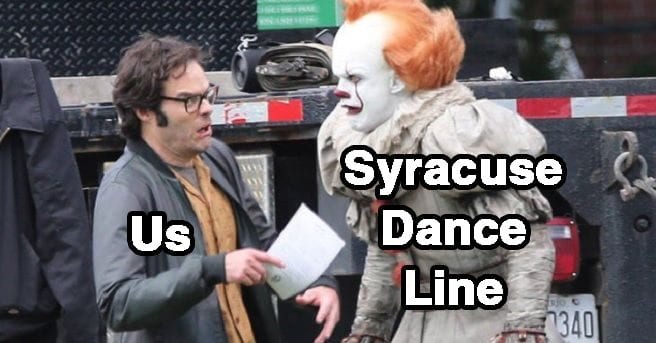 Props to whatever adult oversees that dance club for signing off on this. I can only imagine the PTA meetings…

What ways can you think of to one-up this idea for next year?