This Short Comic Provides a Perfect Explanation of How Privilege Works

The concept of privilege comes up a lot these days, but it can be hard for a lot of folks to understand. Telling someone that they had some form of privilege growing up is more often than not met with resentment and defensiveness, because it makes the person in question feel like their achievements and hard work are being minimized.

This is partly because the common understanding of privilege is fundamentally flawed – people tend to think it implies a life of luxury and of literally just showing up and having things handed to you. While that’s certainly a form of privilege that a rare few were born into, it’s more helpful to understand privilege as an advantage or a leg up over someone else that you had no control over. Things like the color of your skin, or your parents’ wealth when you were born are perfect examples.

Even if someone hasn’t had things come easy to them, little things like having a “normal” name vs. an ethnic-sounding name on a job application can give people an unseen advantage.

Frustrated by the academic nature of discussions on privilege, illustrator Toby Morris created this comic for The Wireless to make the concept easier to understand. 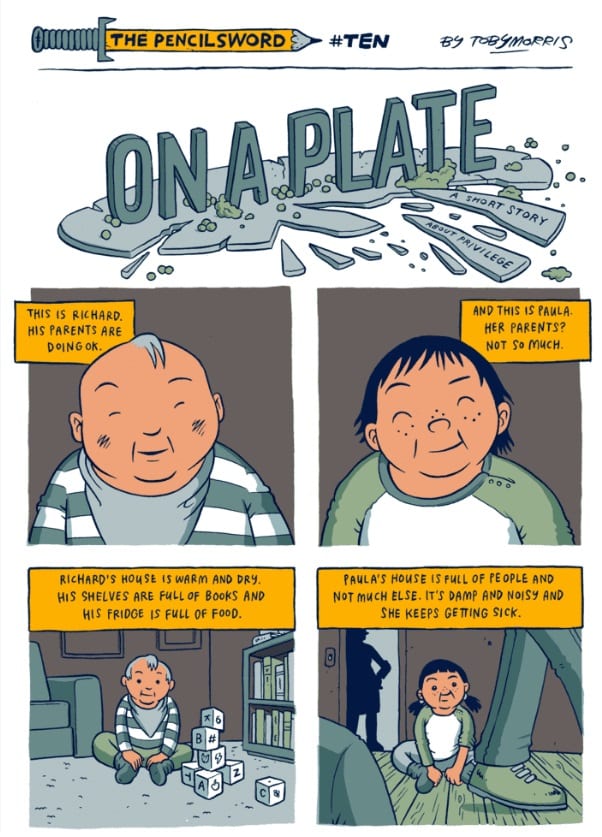 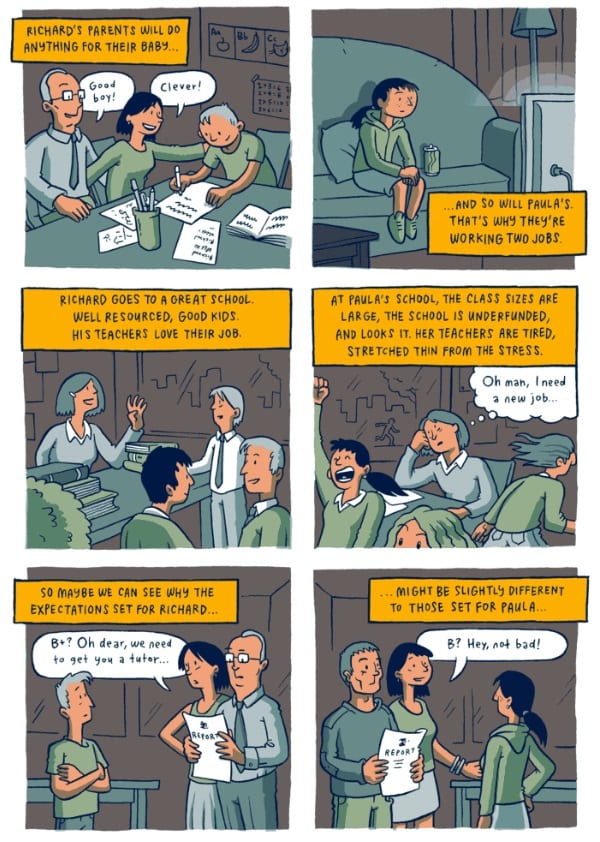 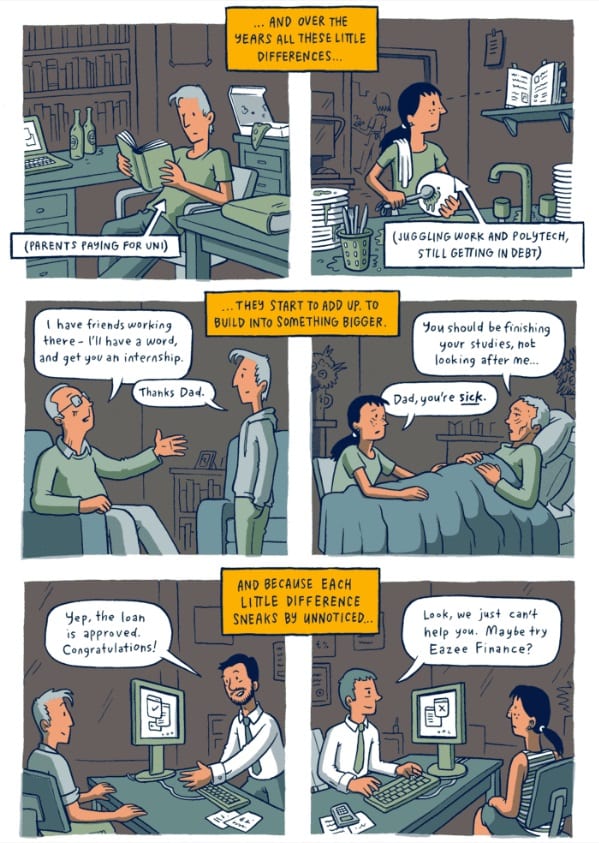 …and how the person reaping the benefits of it often feels as though they earned it singlehandedly. 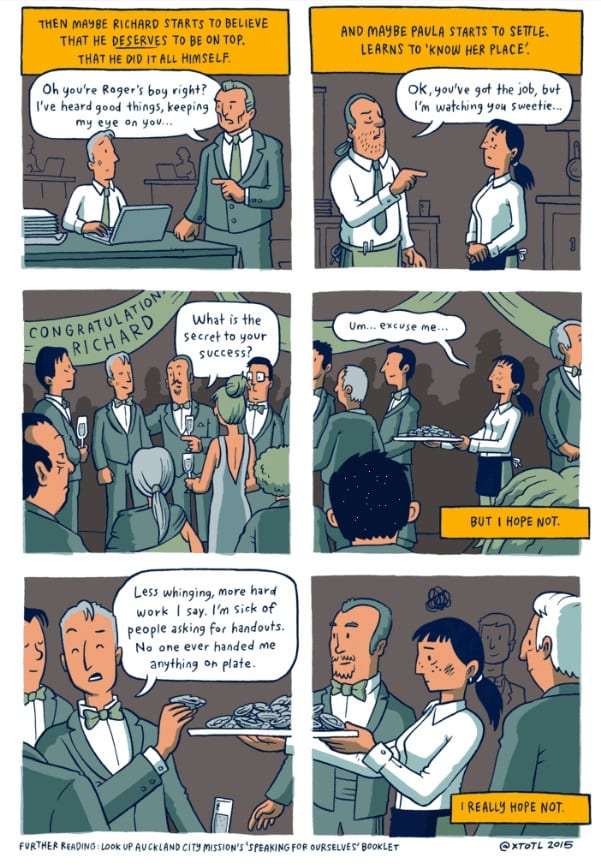 Make no mistake, Morris isn’t trying to discount the very real hard work that people put in to succeed:

I’m not trying to say I’m against that idea that if we work hard, we succeed. I would like to think that is true, for the most part, but I just think people often forget or don’t realise that our starting points, or our paths to success, aren’t all even. Some people have to overcome more obstacles in the path to succeeding than others.

This isn’t to say that Richard, the privileged young man in the comic, didn’t study hard to do well in school or worked hard to earn a promotion. However, his success was certainly boosted at several points along the way due to his family’s existing wealth and connections. Richard doesn’t need to feel guilty about this – he had no control over it, and all he did was make the best of whatever chances were given to him, as any of us would.

Given the same advantages, there’s no telling if Paula would have been just as successful.

However, it is important for him to at least recognize that he was fortunate in ways that others aren’t, and that people like Paula (the young woman in the comic) aren’t lazier/worse people.

There are also plenty of stories of people in situations similar to (or even worse than) Paula, who overcome all the odds against them and succeed beyond their wildest dreams. We’re not saying success is impossible for those born without privilege or guaranteed for those who are – simply that it’s important to recognize the advantages/obstacles life may have placed in our paths.