People On Tumblr Tell Us Where Mythical Creatures Came To Be

Ever since I was a kid, I’ve been mesmerized by dinosaurs and other ancient creatures. As I got older I learned about all sorts of incredible animals from different ages of the Earth – some so fantastical it’s hard to believe we’ve actually got the fossils to prove they existed.

But in the days before a proper scientific method, or, say, cameras, how did you draw the line between fantastical real creature, and fantastical myth? Tumblr user a-book-of-creatures kicked off a wonderfully nerdy discussion with fellow zoology/cryptozoology enthusiasts on exactly that question.

Most of the facts surrounding any mythology are hard to nail down of course (because, yanno, mythology), but some of the possibilities are fascinating – and kinda funny. 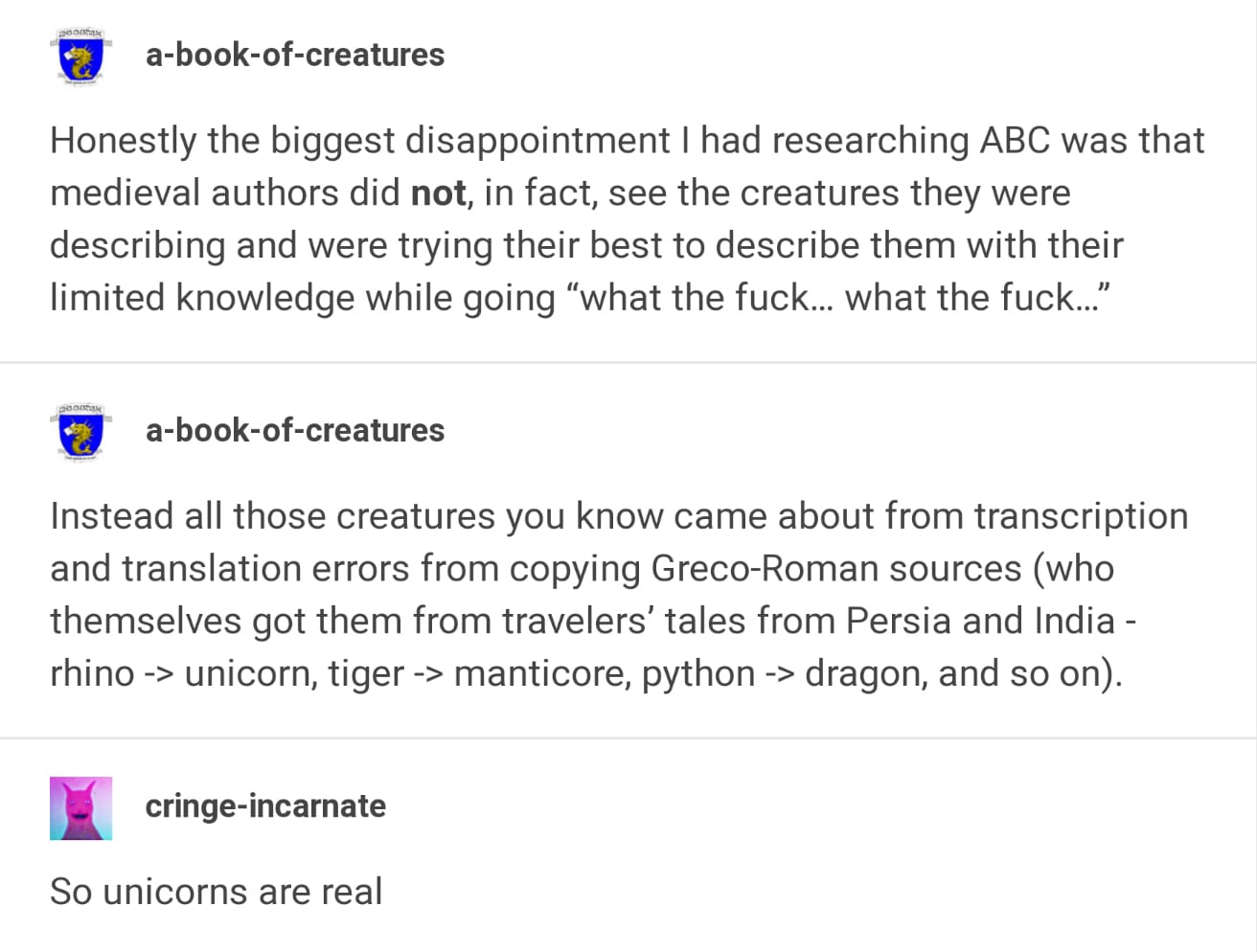 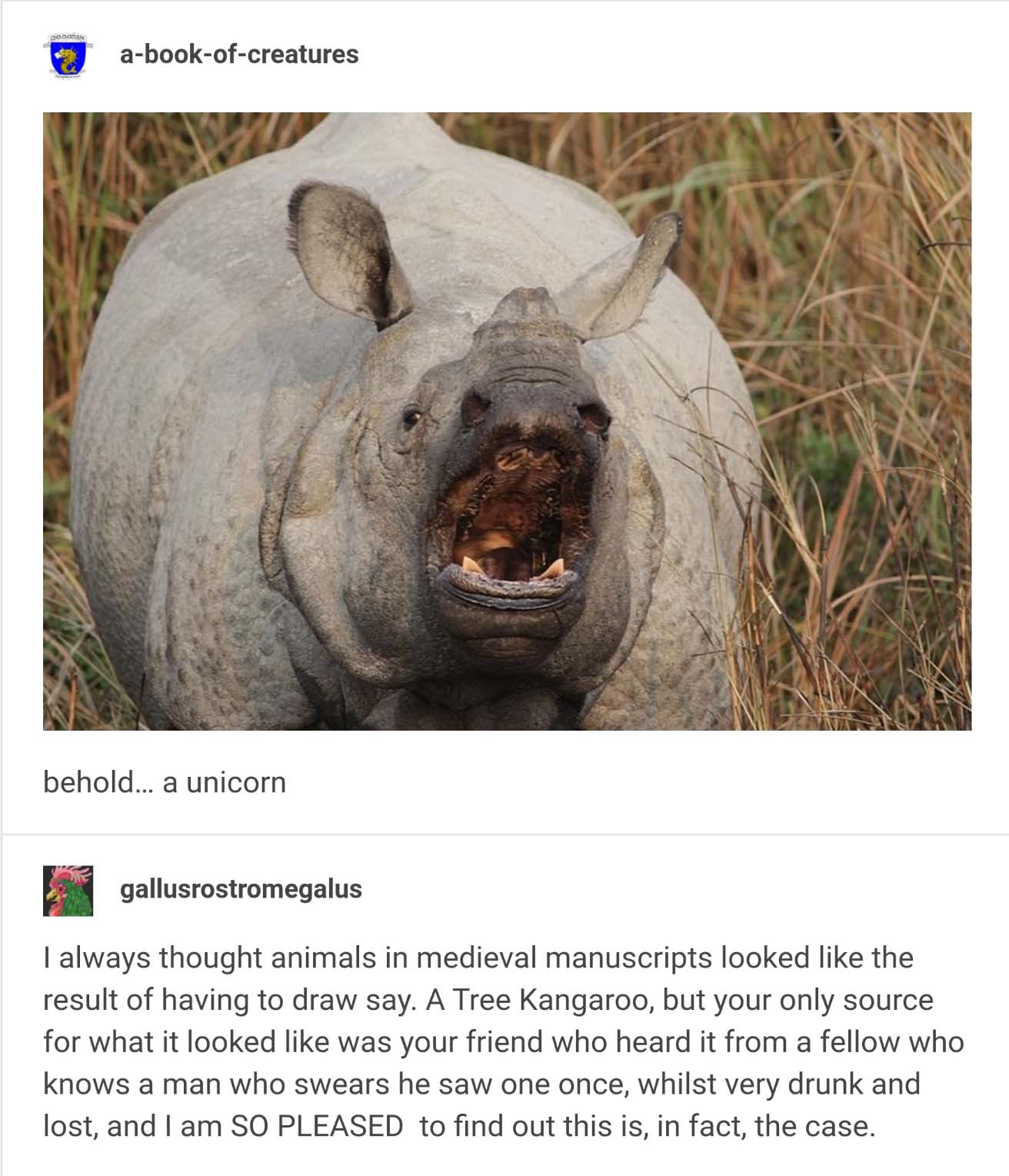 There’s a lot left up to interpretation…

Don’t forget the impact of time! 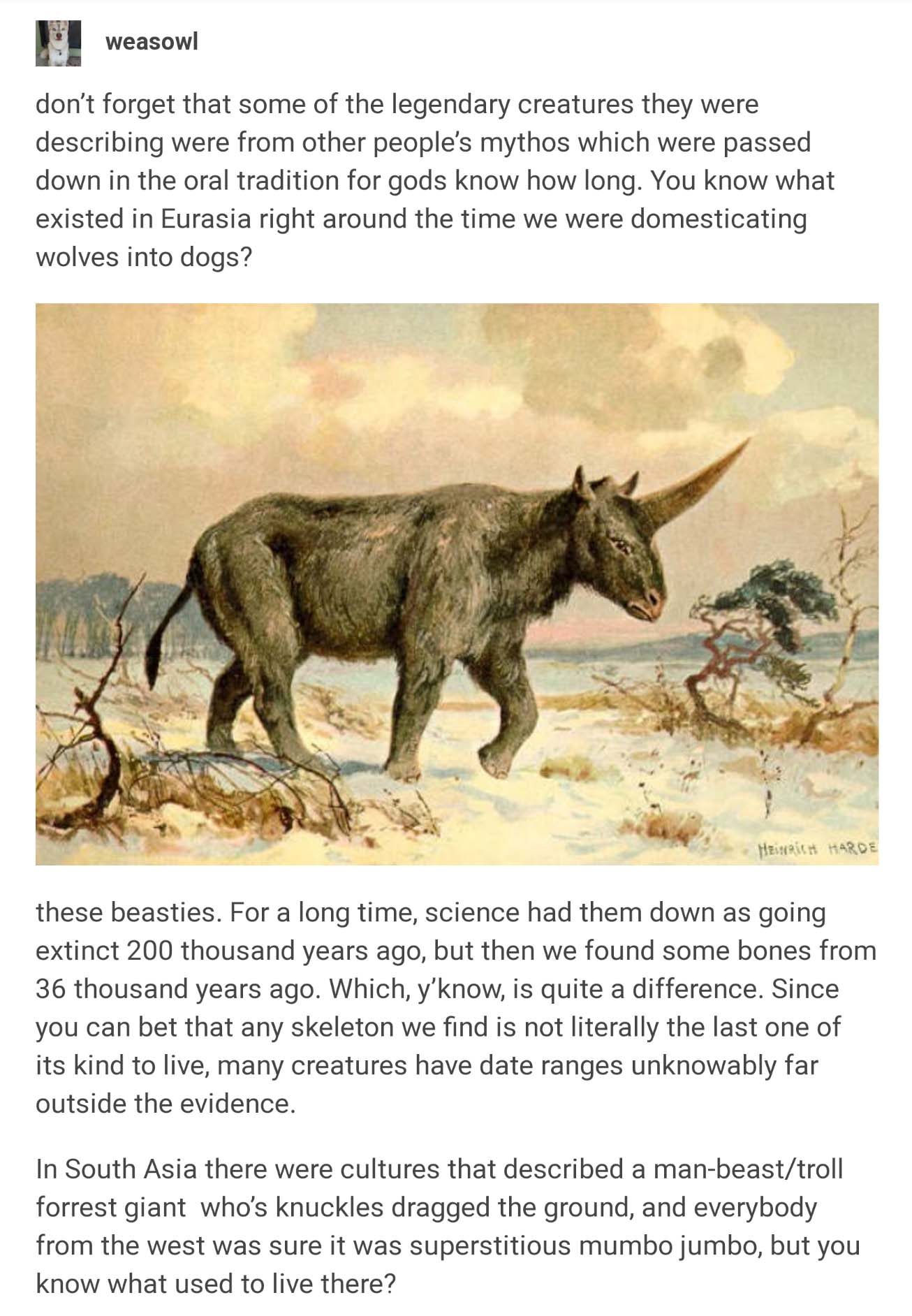 Imagine actually running into one of these… 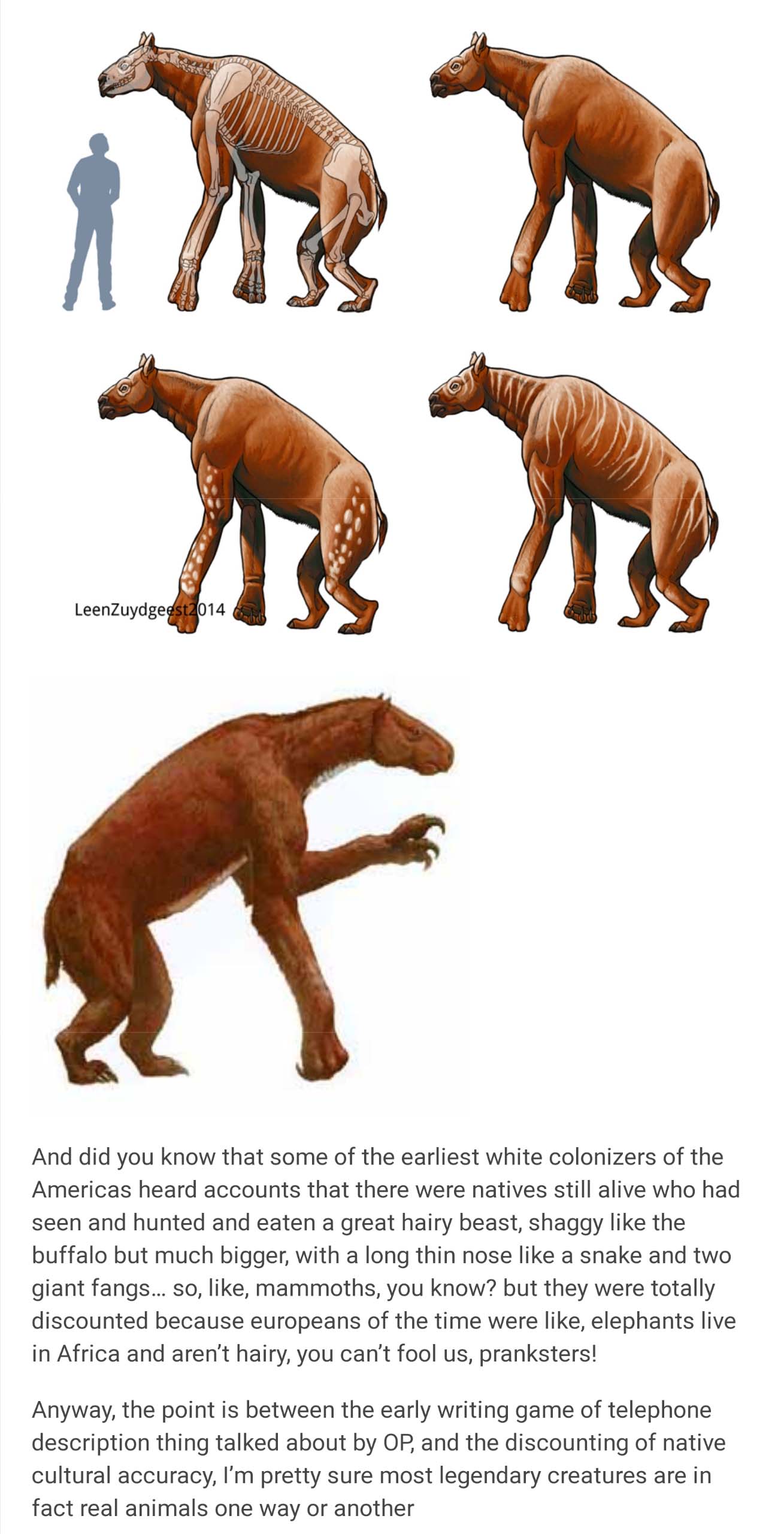 Let us know in the comments and let’s nerd out.