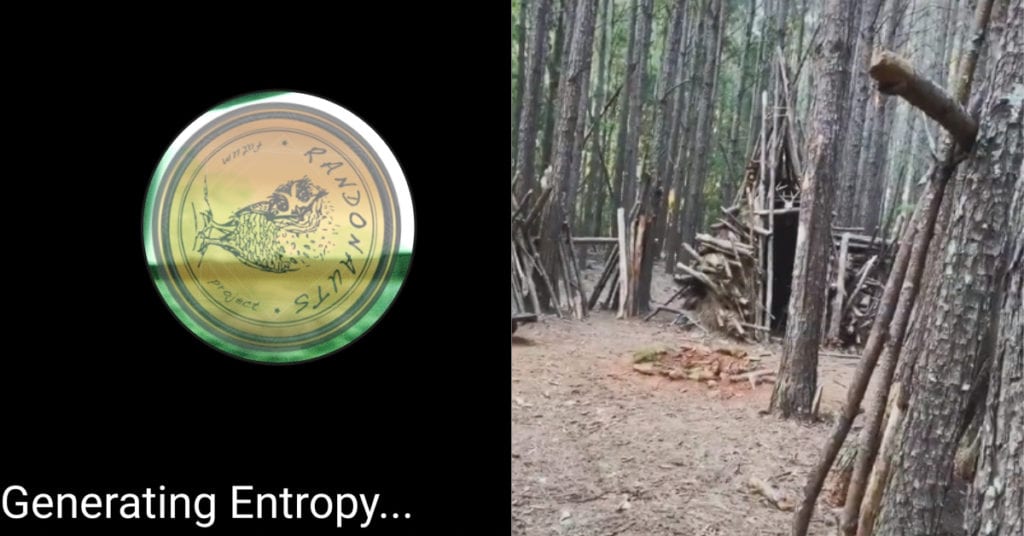 What Is the Creepy Randonautica App and How Does It Really Work?

Ok. So. It’s 2020. A lot of the things we usually do for fun are shut down or kinda dangerous right now. There are only so many walks you can go on before you start to lose it a little. But what if there was a way to spice up that walk? A spooky, magicy-sounding way that involved, like, a creepy owl logo or something?

Remember geocaching? That trend from several years back where people would set up a series of clues that led to stored “treasures” which could be found by heading to specified GPS coordinates? It was fun! But kind of a lot of work to set up. That’s why the founders of a new app called Randonautica had a conversation which I assume went something like this: “What if we did geocaching, but the treasure was in your mind?” Everyone in the room then wiggled their fingers spookily and went “ooooo.” Or, as TikTok user @emmadewalt puts it:

And explain she does. Sort of. See, based on your current location, the app will show you a nearby spot on the map that’s either an attractor or a void, and then you go over there, and you look at stuff. If that’s not clear enough, here’s how the company themselves put it in a promotional YouTube video: 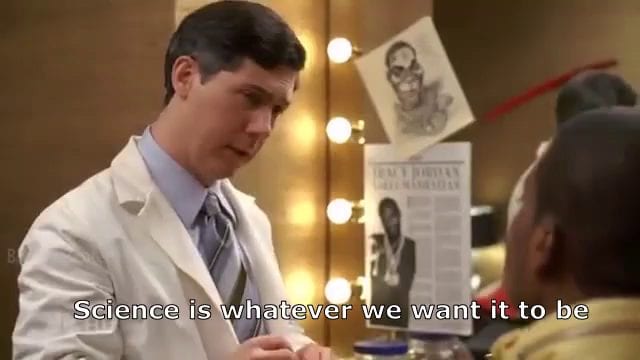 But having an app that simply generates a random drop-pin on Google Maps within a certain radius of your current location isn’t particularly fun on its own. You gotta spice it up with a little razzle-dazzle. That’s where ~intentionality~ comes in.

“Some experts are theorizing the quantum process may even be influenced by the user’s thoughts and consciousness.” says the spokesperson in the video. Which experts? Some of them, that’s who. Stop asking so many questions. The point is that you need to head to your location with some kind of goal in mind; something you can make manifest. Like these folks did:

They thought about the colors red and yellow, and at certain times of the day – they saw those colors. I mean what are the odds that you could eventually come across anything red and/or yellow? It’s never been done. But hold onto your spoopies, because it gets even crazier.

Next, they manifest butterflies. And by butterflies, they mean…iridescent colors, they clarify. Moments later, what do they find? That’s right – animal bones. In the woods. So. Try explaining that.

EXCUSE ME YELLING, so me and my best friend decided to try the randonautica app and this is what happened😦#randonautica #foryou #randonautchallenge

There are far creepier experiences documented all over the web, like the above and below videos. The extent to which any might be staged is unknowable, but it’s certainly not a stretch to imagine that if you go exploring in random places you’ll occasionally come across something strange.

This is a sick app , be safe . I don’t recommend doing this alone . #foryoupage #fyp #randonautchallenge #randonauting #randonautica

So what’s it like to actually use the app? It’s easy enough to see for yourself. Randonautica is currently available on both iPhone and Android for free, though the number of times you can use it per day is apparently limited. The home screen features a rather exhaustive list of best practices and caveats that seem like they were advised by lawyers who worried the app might be blamed for pushing people toward irresponsible or dangerous behavior, similar to the kinds of admonishments we saw pop up on Pokemon GO when that app rose in popularity. Here’s just a taste: 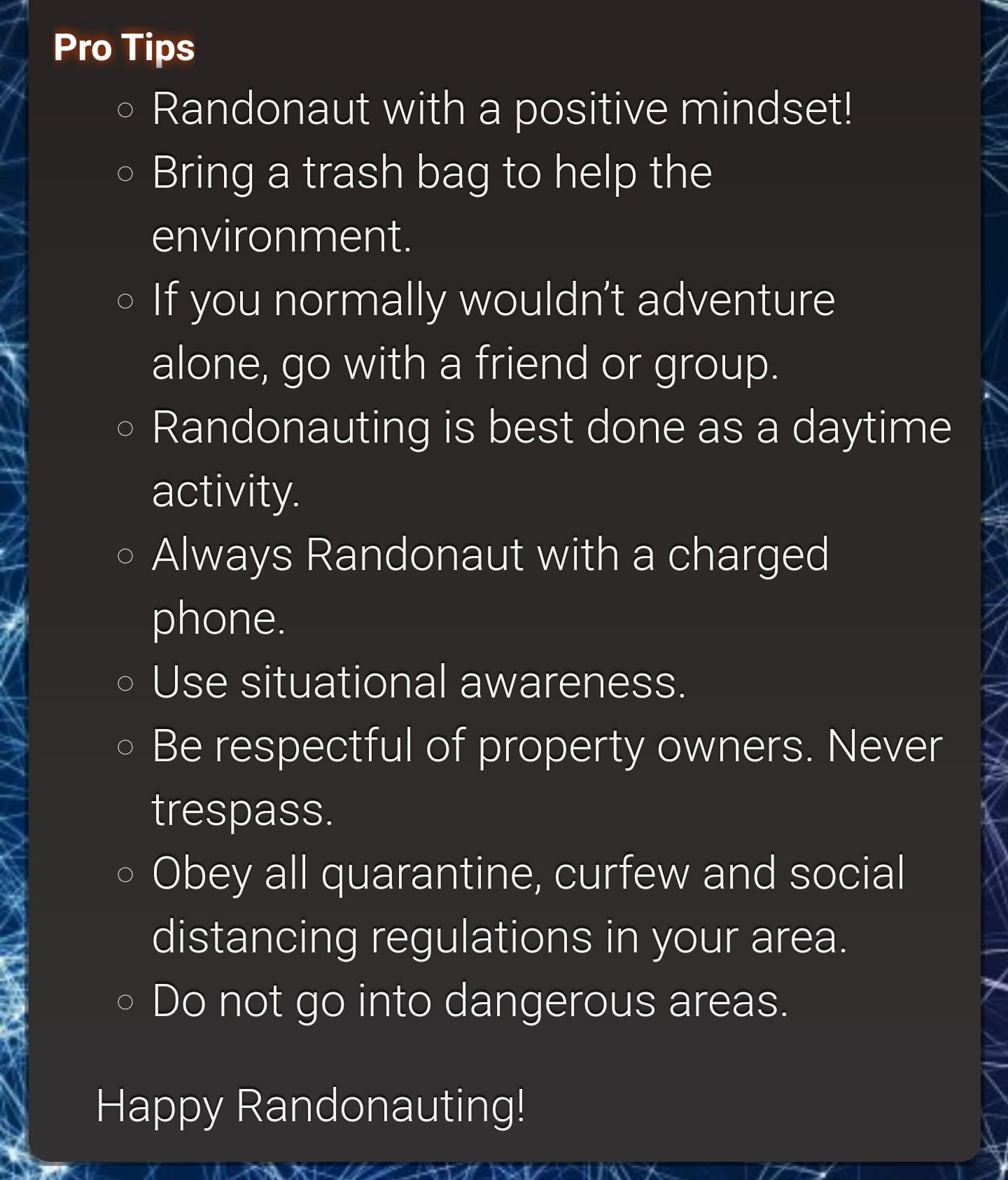 When it comes time to generate a spot, you can choose between an “Anomaly,” an “Attractor,” or a “Void.” Each point can be generated by one of three “entropy sources:” Camera, Temporal, or…Australian National University. 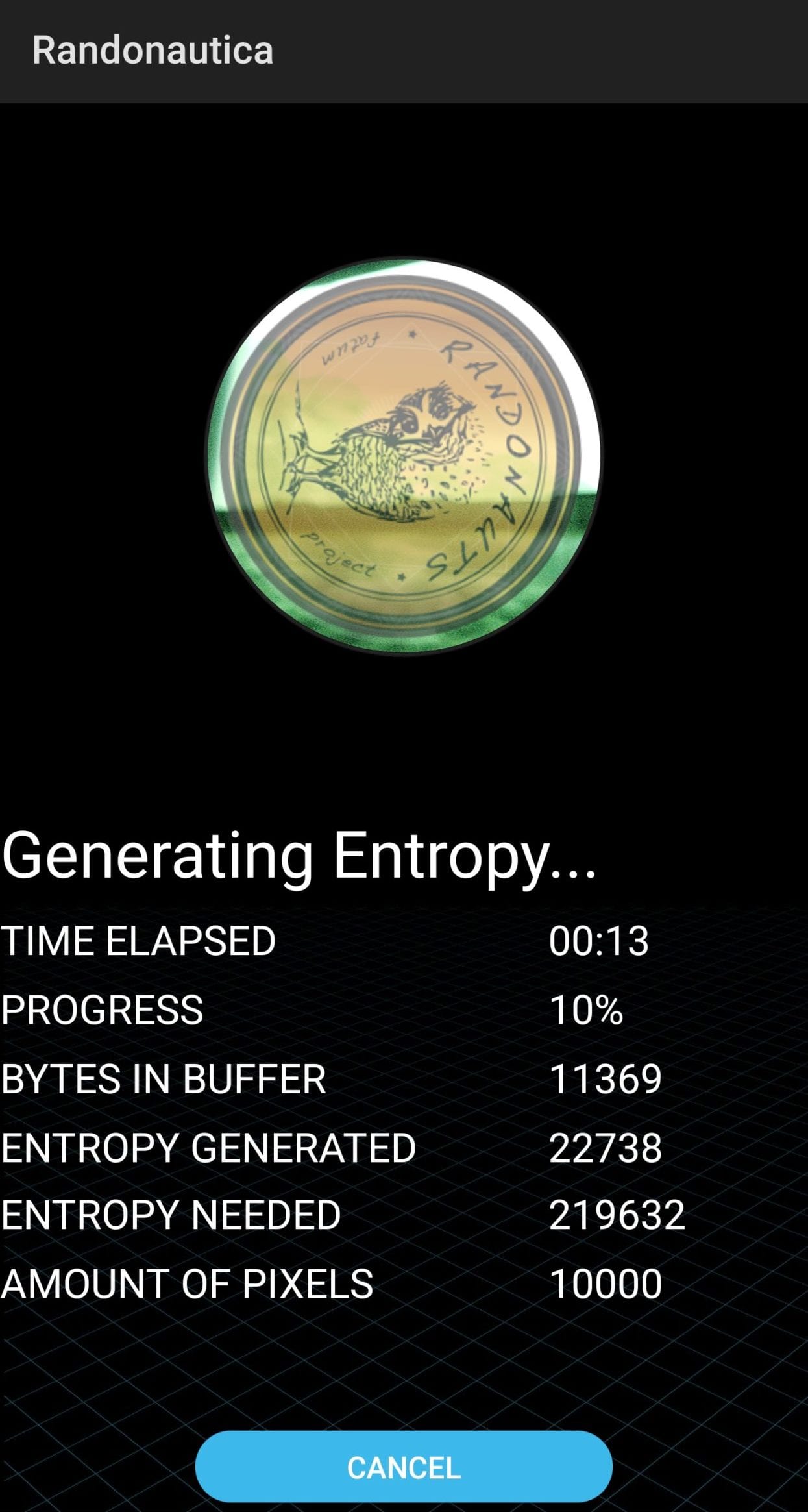 If you haven’t caught on by now, none of that probably means anything. It’s almost certainly just set dressing to make the app feel fun and new-age-sciencey. Any combination of options will result in the same thing: a random nearby location. I tried it out myself a couple of times. I’d rather not show pictures because I don’t want creepers to know where I live, but suffice it to say that I’m in Chicago, and at one point the app suggested I hightail it to the middle of Lake Michigan: 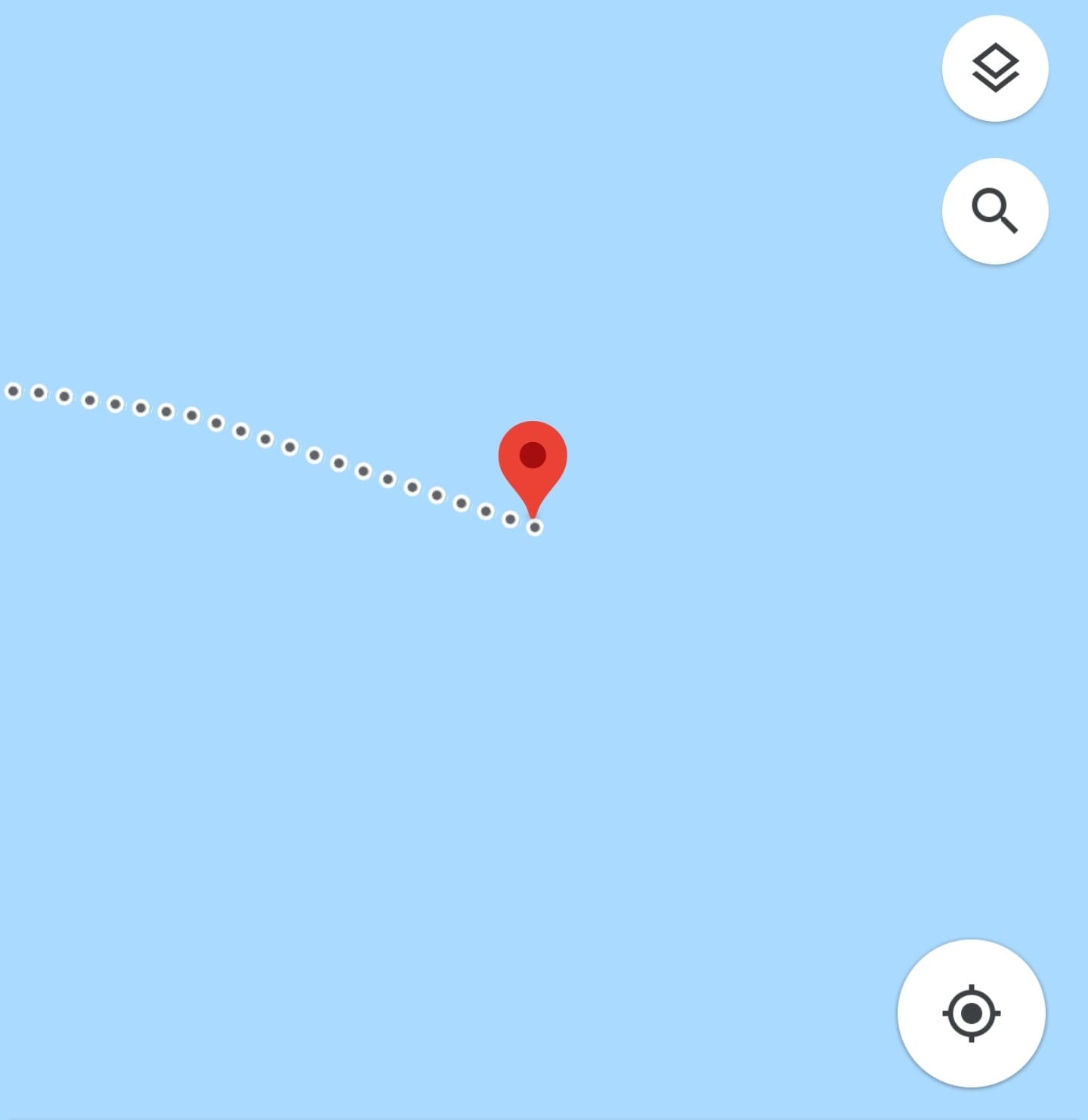 Now look, I’ve been giving this app a hard time, but at the end of the day, it’s just a bit of fun. It’s actually a rather clever use of a few human psychological quirks, such as our tendency to notice things we’re looking for and ignore everything else, or our willingness to make connections where there are none, not to mention that running around the woods freaking ourselves out is a time-honored tradition.

The website itself calls it a “Choose Your Own Adventure reality game,” and if we think about it that way, it’s hard to find much to object to. Just a nice-weather distraction to pass the time, and make the developers a buck (surprise – there are optional microtransactions if you want to enhance the experience.)

Just remember it’s all for fun. Don’t get carried away in the jargon-babble. And maybe don’t swim to the middle of Lake Michigan, no matter how alluring the Attractor.

Have you tried this? Would you?

Tell us your thoughts in the comments.