Woman Upstages Bride at Her Wedding, Gets Comeuppance at Her Own

Weddings are sort of treated like big, magical nightmares in our culture. They’re these insane events that are supposed to be joyful and shot through with love but are often infiltrated by enormous stress, conflicting egos, awkward social complexities, and an overwhelming wave of expensive minutia. It’s not that they can’t be good. They can the can be amazing! It’s just that there’s so much potential for things to go wrong, especially when not everyone involved is particularly interested in being polite.

Consider this harrowing tale submitted by Reddit user yazdon. “Originally I posted this to r/pettyrevenge,” they say, “but I think it belong here.” The “here” in question is the subreddit r/prorevenge. Yazdon quite correctly assessed that the revenge on display in this tale of wedding terror was the professional-grade stuff. It begins… 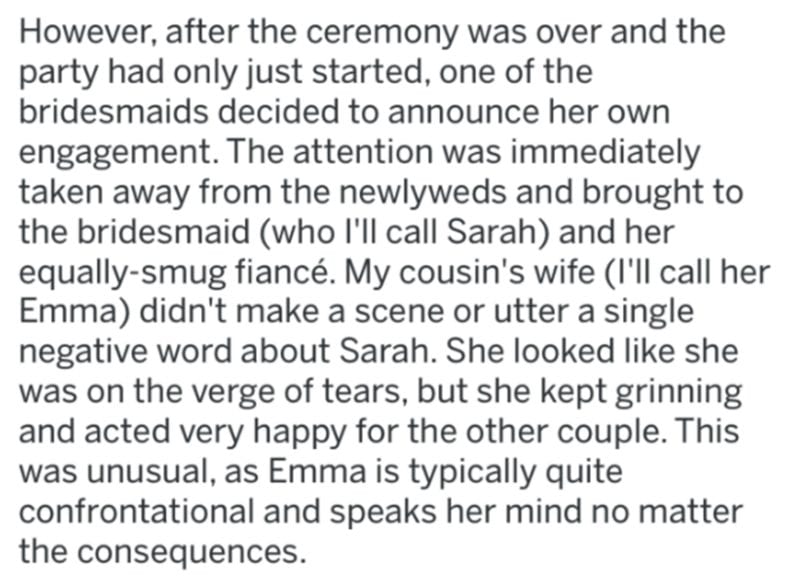 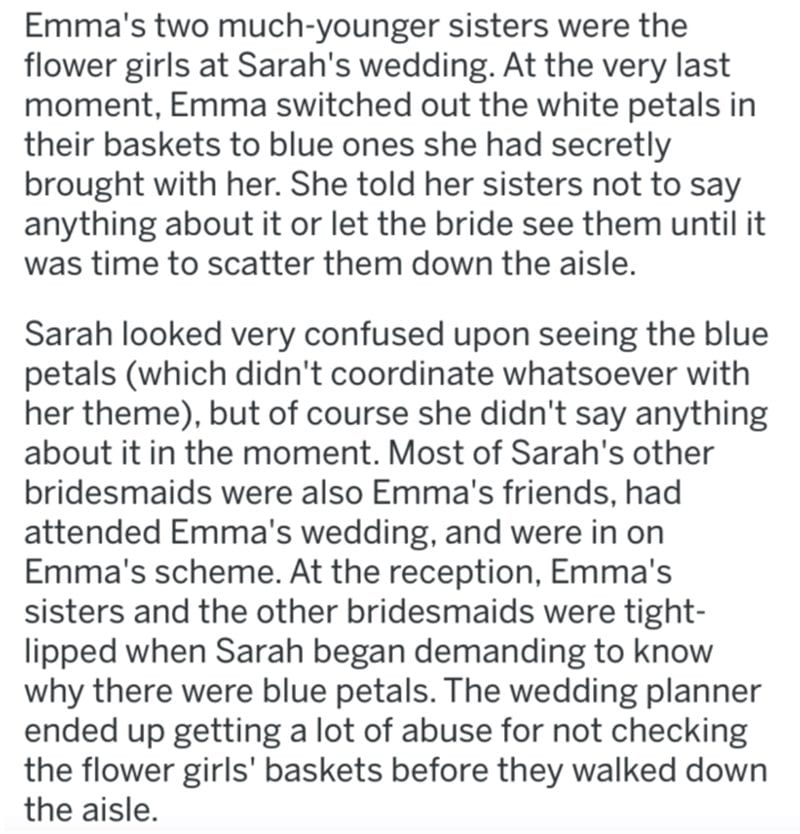 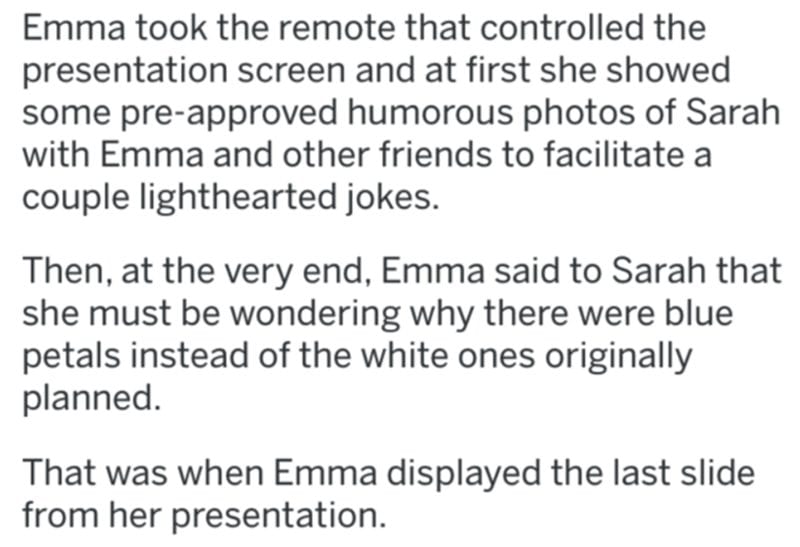 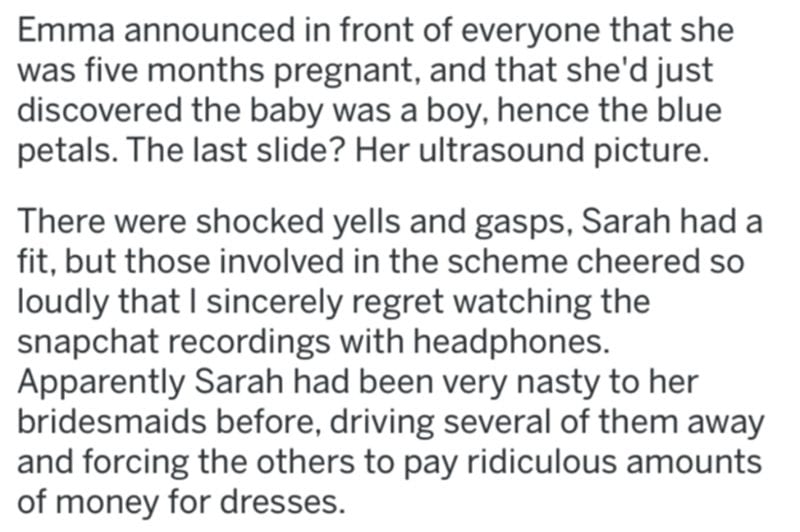 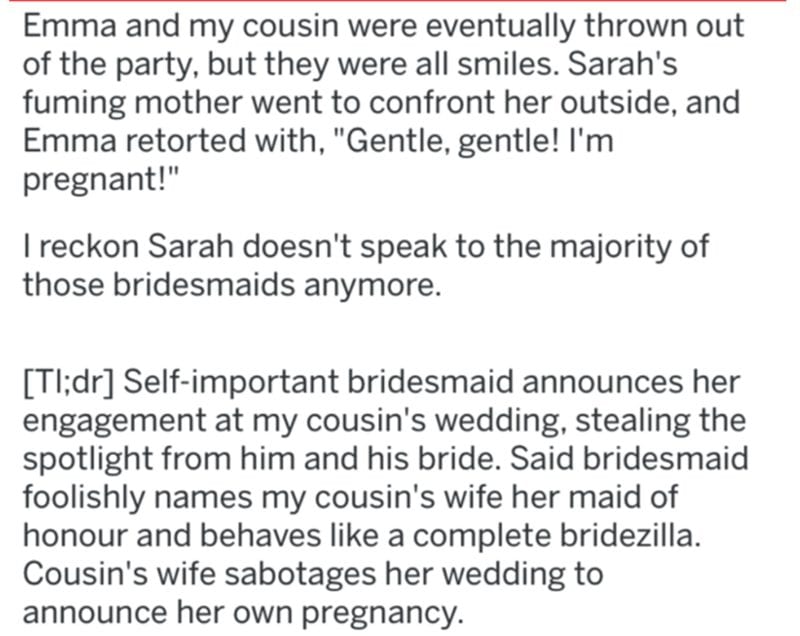 There are so many twists and turns in this story that if I didn’t already know the ending I’d say it’s a movie I’d like to see. You gotta be pretty pissed not just to commit to ruining someone’s wedding out of spite, but to simultaneously use that spite event for the reveal of the coming birth of your first child. Respect. I sure would like to be in the room when that kid hears the story of their birth announcement for the first time!

What do you think? Just desserts, or did she go too far?

Give your opinion in the comments.