I get that parties are fun and cool and that gay people get the best of everything (sarcasm font), but I’m not sure highjacking the idea of a coming out is the way to insert yourself into the fun.

And the idea that LGBTQ people have any sort of fun doing it (over and over and over) is just naive, in the best light.

Which is kind of what this poster on the subreddit Am I The A**hole thought when she wondered on the thread whether or not skipping the event would make her an a**hole sister.

WIBTA for not supporting my sister’s "coming out" party? from AmItheAsshole

Everyone in the comments, be they queer or straight, agreed that the party should not be a thing that any straight person does ever.

There was actually a lot of thanks given… 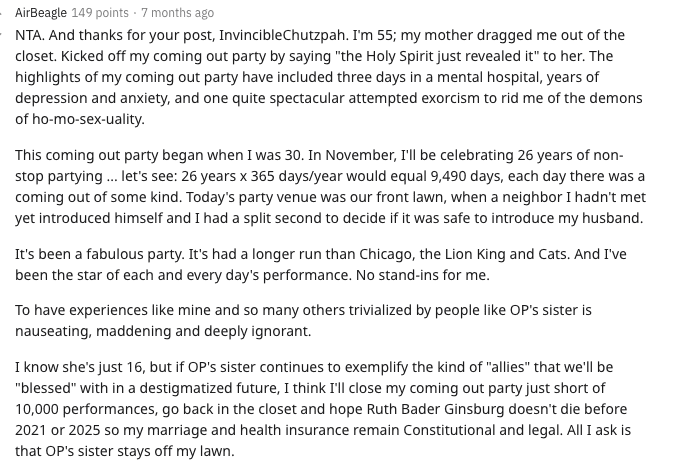 Even though they can see that the girl is throwing the party with the best of intentions, the fact is, she’s not going to help anything with her effort.

In fact, she might hurt the community with her misunderstanding… 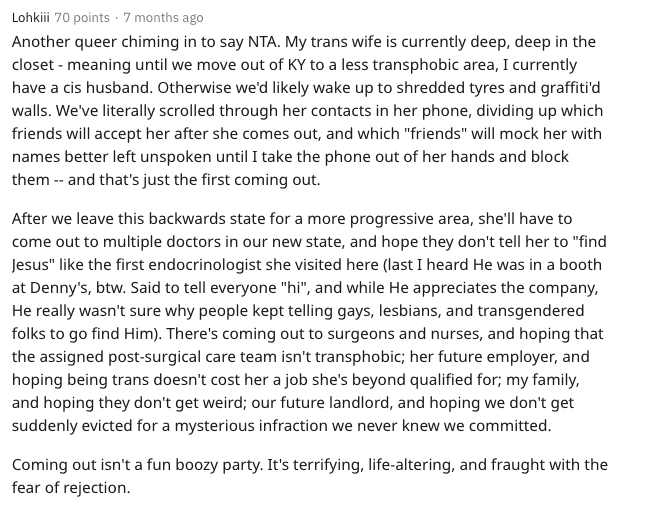 LGBTQ people aren’t excited to come out. They don’t do it all at once, at a party, but countless times, to countless people (of varying degrees of acceptance) all through their lives. 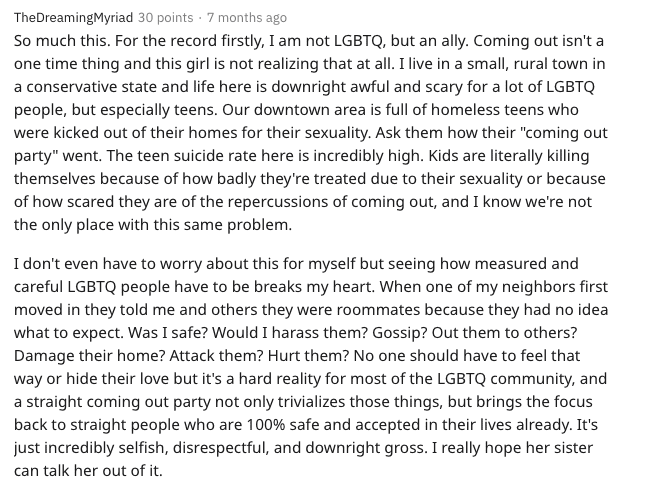 Another perspective, this time from a lesbian…

This 16-year-old girl seems to need to take some time to educate herself on what being an ally actually entails, and then get herself on the right side of the line. 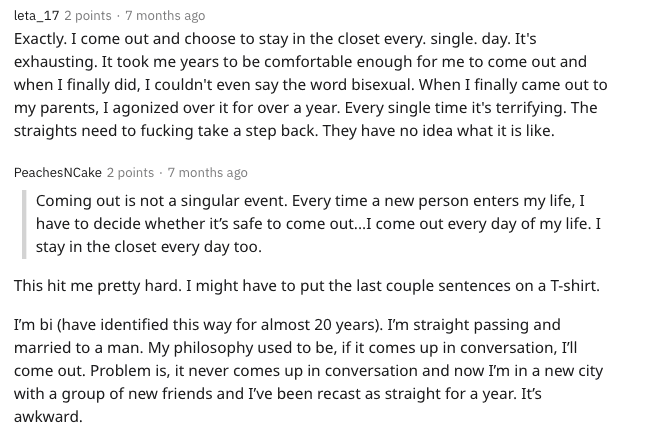 Listen everybody… coming out is NOT a joke. #truth

We can forgive youth, but not the willingness to remain ignorant when education is offered.

Drop your own thoughts in the comments!