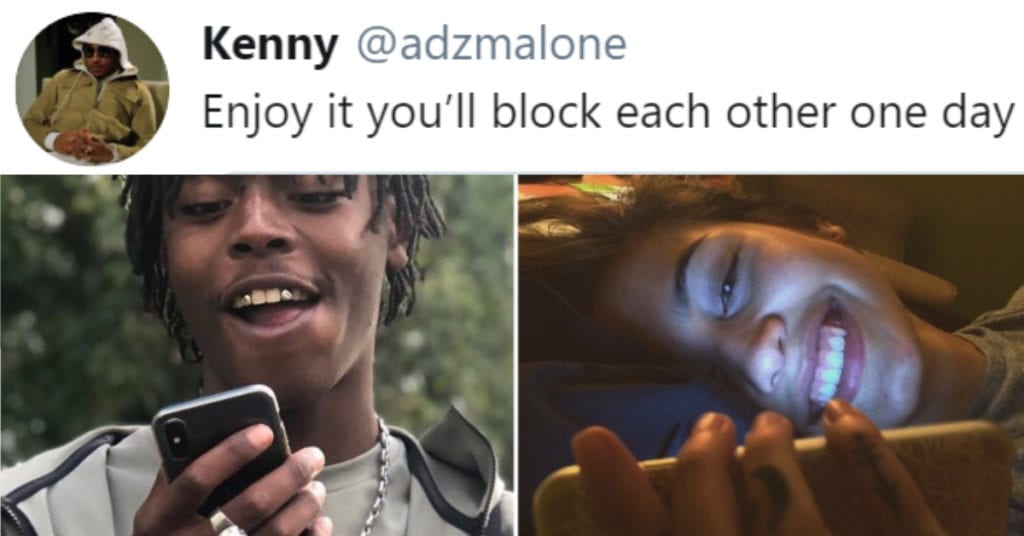 10 Exceptional Tweets for Your Scrolling Pleasure

Twitter sure is a popular place. The number one most retweeted tweet of all time was by Yusaku Maezawa, a Japanese billionaire. I wish I could tell you that it was some enormously funny or stunningly inspirational quote, or maybe some monumental announcement that would shape human history, but I can’t. First because I don’t speak Japanese and second because from what I can tell, it’s just a “retweet this for a chance to win money” thing. Over 4 million people gave it a try. I wonder how many of them got their cash?

The tweets on this list may not have achieved that particular level of notoriety – yet – but they’re still pretty good nonetheless. Enjoy these 10 random tweets you can share for the lulz.

I hope he doesn’t come up short.

I'm going to make a #DnD character that's a hobbit werewolf. He's going to be a lawful good cleric or some shit during the day but on the full moon he's gonna turn into a barbarian Pomeranian that's chaotic evil and wants to kill everyone and everything

Birds are horror shows and we’ve let them get away with their nonsense for long enough.

Another thing I’m not sure I needed to know, if a Pelican overheats it can pull its spine through its mouth to cool down. pic.twitter.com/4p9tNK2UFb

The number of adults who don’t understand cause and effect is astonishing.

The doctor said if I didn't take my medicine the infection would spread through my body and kill me. But I took my medicine and now I'm not dead. I'm starting to think my doctor is an idiot, I'm still alive and they said I would die.

Enjoy it you’ll block each other one day https://t.co/yy6geWEbvn

Well, that’s sweet of you.

I may not be a magician, but I've got a couple twix up my sleeve😉 pic.twitter.com/dYcDL74CTe

Methinks it doth protest too much.

Sounds like something you'd say about a house that's definitely haunted pic.twitter.com/xAOulBgUhe

May your soulmate have a matching radial blur.

when you start speaking to someone new and they have the same sense of humour as you pic.twitter.com/bOEq3ksAkw

This is the followup to Cool Runnings that the world needs.

There are fish in the sea, but you’re at home.

Me and my best friend waiting for a relationship like: pic.twitter.com/CYiOrGPc6Y

You gotta make room for the important things in life.

I don’t think you’re likely to win any money retweeting those, but you might earn friends by showing off your impeccable taste for content, so that’s something.