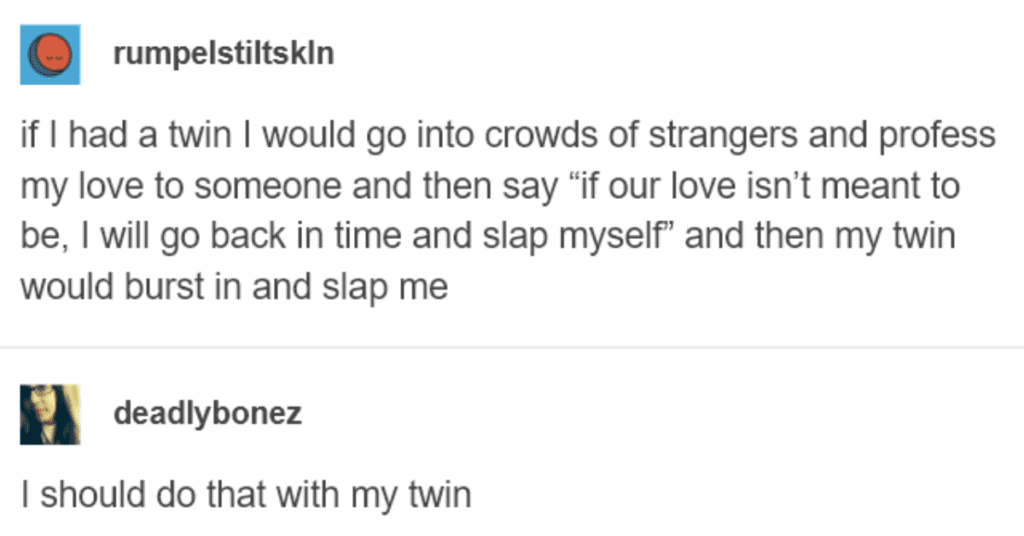 Tumblr is a wonderfully strange place that’s full of things to learn on every subject imaginable.

Some of it is even kind of true!

Why pay outrageous prices and spend endless hours pursuing higher education when you could go on Tumblr and read little tidbits by people who have probably already done those things but are now spending their time posting nonsense to the internet?

Here are ten things you probably wouldn’t learn anywhere but the pages of Tumblr.

10. Anteaters hide among us

Biding their time…eating their precious ants…

9. Both twins are the evil one

These are the kinds of schemes that would open up a whole new world.

The rate of technological expansion is truly terrifying.

I have several complaints I’d like to lodge with the engineer.

Even the computers are trying to kill you.

“I paid for college with a summer job.”
Sure, when tuition was 200 bucks and a smile.

A whole new generation must now face the horrors.

2. Seriously, Australia has some issues

The hell kind of nihilistic party is this?

Forgive them, for they know not what they do.

All that knowledge and no tuition due. Tumblr truly is a miraculous place. No go forth – spread the wisdom!

What’s the best thing you’ve ever learned on Tumblr?