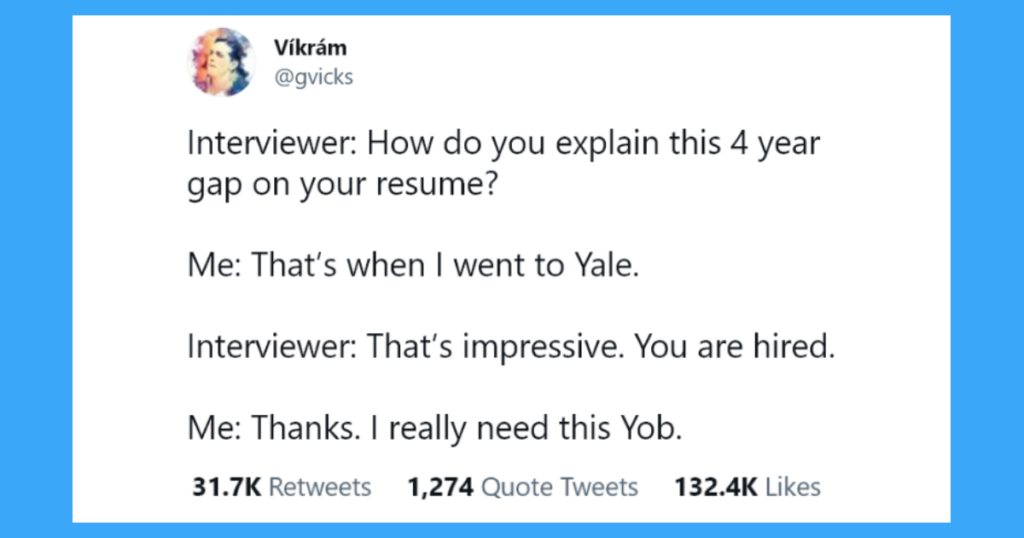 You ready for some M. Night Shyamalan style twists? ‘Cause we’re about to blow your minds.

First twist – did you know that you’ve almost definitely been pronouncing that director’s name wrong? Seriously. It’s kind of difficult to explain the pronunciation via standard text here, but go look up how it’s supposed to sound.

You’ve been saying it wrong for years, haven’t you? Boom.

But we’re not just here to talk about ever-declining masters of cinematic weirdness. We’re here to look at twists in a different context: that of the humble tweet.

Let’s get in there and get our expectations subverted.

These colors and design elements are common to like, tons of flags.
But we’re America so it’s the only one that counts.

I see you living your life and sneaking past, well done lions.

You can’t possibly do any worse than we already have.

Aliens invade: "EARTHLINGS, WE HAVE KILLED YOUR LEADERS, DESTROYED YOUR ECONOMY, AND ARE HERE TO TAKE OVER YOUR GOVERNMENT"

It’s almost unbearable where this goes.

Imagine being held at gunpoint (bear with me) by a literate animal, and the only hope of rescue is (BEAR WITH ME) tweeting a coded message

Everything comes down to pronunciation.

Interviewer: How do you explain this 4 year gap on your resume?

Me: That’s when I went to Yale.

Interviewer: That’s impressive. You are hired.

Me: Thanks. I really need this Yob.

Hey man, I don’t make the rules around here. I just calls ’em like I sees ’em.

Robin Hood [hands over stolen fortune]: here you are, my poor friend

I’ve already said too much. I must go.

Therapist: Have you ever had a job?

Me: I once worked at a zoo

Therapist: Great! And what did you take from that?

Me: Definitely not a penguin

There are some jobs where this just isn’t appropriate.

boss: why the hell aren't you picking that up. 😠

me: i always answer on the third ring, makes me seem cooler. 😎

You can’t fool me, I know the rules of road engagement.

Oh believe me, there’s LOTS more where that came from.

Cop: you're going to prison for forgery

Me *slides him a 37 dollar bill* what about now