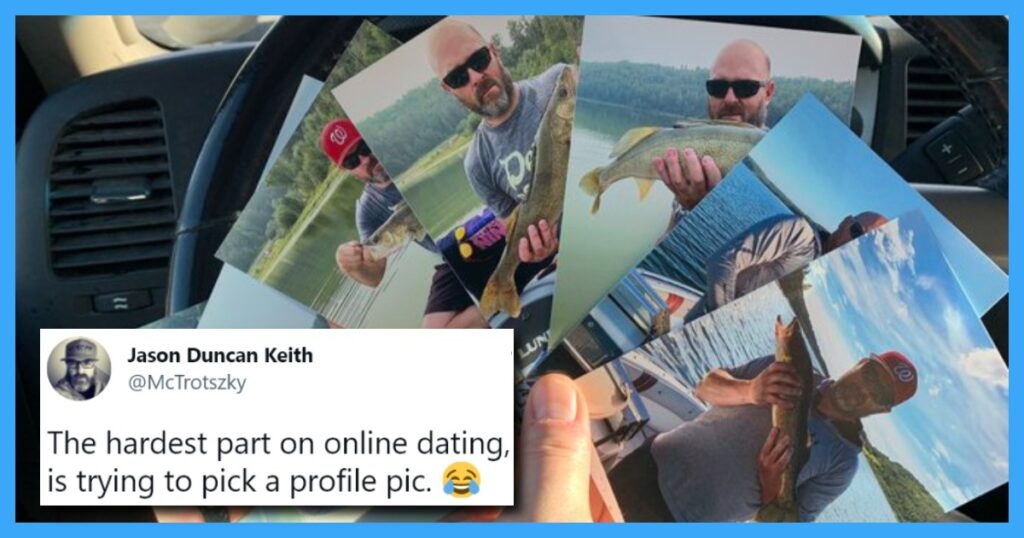 The term “online dating” used to be such a novelty. Now if I’m talking to someone about a date they’ve got coming up, I just kind of assume there’s at least a 50% chance they connected through some kind of app.

On its face, I don’t think there’s anything wrong with that. Just one more iteration in many that humans have come up with as a way to meet people. You used to have to like, organize an entire ball and go dance with a hanky for 20 minutes or something before deciding which Kingdom you wanted to own. Way too high pressure, no thanks.

Which isn’t to say that the modern dating scene is without its foibles. I mean, just look at these tweets.

It’s the same ol’ same ol, you wanna come over or what?

It’s a pandemic. For fun, I move from my bedroom to my kitchen table and if I really want to spice it up, I go to Target.

You really saved it in the end there.

Always thinking about this amazing message I got from a tinder match pic.twitter.com/aFulKZFFjK

Drugs are a heck of a drug.

Haven’t been on Tinder in a while, oh look a new match 👀 pic.twitter.com/91NJqKXs0d

Who could possibly have that much energy?

Yeah, it’s time to get in there and really raise the roof.

When you’ve given up on online dating and bar hook ups. pic.twitter.com/nFxpmiMI99

And of course, the classic, being invited to start the chat pic.twitter.com/7mtRox9YHt

this is fine, I love online dating pic.twitter.com/AoWybOfdfJ

There really are other fish in the sea.

The hardest part on online dating, is trying to pick a profile pic. 😂 pic.twitter.com/vfCVnBEFnr

1) I would think this might be a topic for later discussion – not an icebreaker pic.twitter.com/vXP71khRt9

For anyone out there looking for love, you got this. Best of luck.

What have been your experiences with online dating?