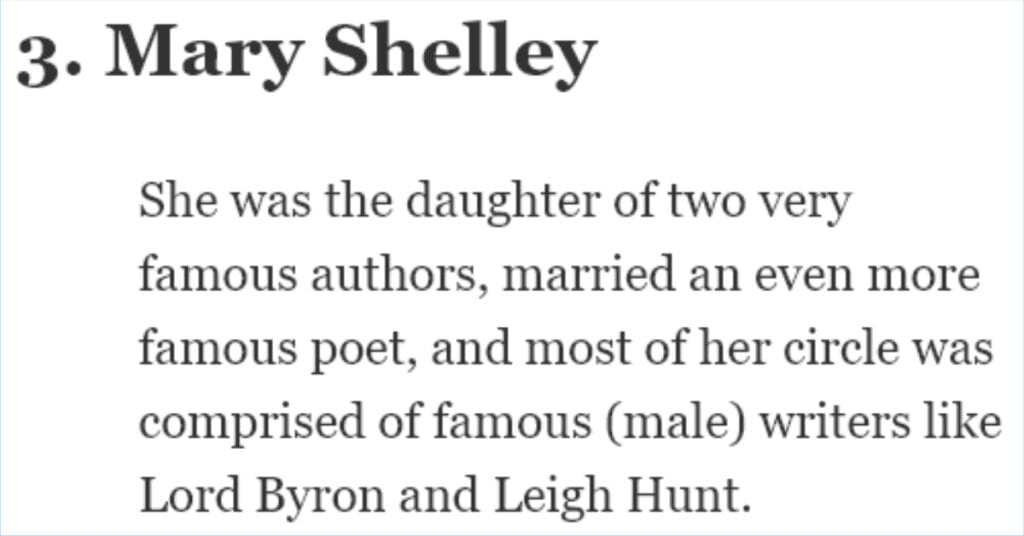 In the 2015 Republican primaries, a crowded stage of 11 candidates were asked what American woman they thought would be a good choice for a place on our currency, say, the $10 bill. In other words, name a historical American woman.

Two of the candidates named women who were not Americans, two named their own family members, and Carly Fiorina, the only woman on the stage, basically said “Nah, we shouldn’t do that.”

In all there were 4 real answers out of 11 people.

Men of Reddit, who are your female heroes? from AskReddit

Suffice it to say, the general knowledge of great women of history is appallingly lacking. Let’s see if we can help fix that a bit with the help of Reddit, shall we?

Her husband was Jim Elliot, a missionary to an unreached people group.

Long story short, in 1956 her husband and several of his friends were killed by the Auca tribe.

She continued to pursue relationship with the tribe, contacting them and reaching out to them. She loved them. They were in danger of literally killing themselves off because of all the in fighting.

Eventually the infighting between tribes ended, and one of the men who killed her husband is good friends with their (now adult) son.

Her story has always touched me because it shows the deep love and devotion another person can have for a complete stranger, let alone one who murdered their most beloved person.

The whole story is really amazing.

Her mentality around building sh**ty things intentionally to make it okay to not always succeed helped me with similar performance anxiety.

She was the daughter of two very famous authors, married an even more famous poet, and most of her circle was comprised of famous (male) writers like Lord Byron and Leigh Hunt.

Despite this, she still held her own and wrote a world-renowned work of literature that is arguably far more influential than anything Percy or Lord Byron.

S**t, the only people who read Byron or Percy Shelley in their entirety are academics like me, but everyone has heard of Frankenstein.

Took a 2 pound iron ball to the dome to protect her brother from being whipped and just dealt with the blinding headaches for 60 years.

When she couldn’t take it anymore she got it repaired and had someone saw into her forehead with no anesthesia.

For those who don’t know, she proved that symmetries in a system directly mean a derivable conservation law.

Conservation of linear momentum? That’s a direct result of “here” being the same as “there”.

Conservation of angular momentum? That’s a direct result of facing “this way” being the same as facing “that way”.

She did it all at a time when women weren’t allowed to do f**kin’ any of it, and she just said “Oh, is that right? …so anyway”.

Had more courage than all the men in her village put together.

As a child she stood up to the Taliban, looked one their members straight in the eye and told them they can f**k right off if they think they can stop women from getting an education.

She took an AK-47 round to the face for it and still continues her fight today.

That same year Caitlin Jenner was voted woman of the year which still p**ses me off.

I’ve been on her team ever since she fought Paige Van Zant.

The UFC was marketing their fight as a barbie v barbie fight cause they’re both super attractive women. So what does Rose do?

She shaves off her f**king head, and then beats the s**t out of PVZ.

She’s had some losses since then, but I know imma be in her corner till she retires.

An engineer on the Apollo program.

I followed her on Twitter because of that, and found someone I could look up to politically as well.

My favorite Jacinda story is that when her daughter was an infant,

Jacinda would wheel her down to the waterfront in a stroller at the end of the workday just to talk to other mothers.

She really was the first person to elucidate the structure of DNA before Watson and Crick.

They pretty much stole her work but they still did a lot in the understanding of bonding and such.

A black bis*xual woman in the 1940s and she basically pioneered the way we play the electric guitar today.

She inspired Johnny Cash, Elvis and she even put Little Richard on stage for the first time.

IMO she deserves to be a household name.

I watched a documentary on her and it’s great how hardworking, funny, and open-minded she’s been her whole life.

Really gave a lot of people good opportunities and someone great to work for. And has been a queen for animal charities.

And that’s the tip of the iceberg.

Who would YOU like to see as the first woman on an American bill?