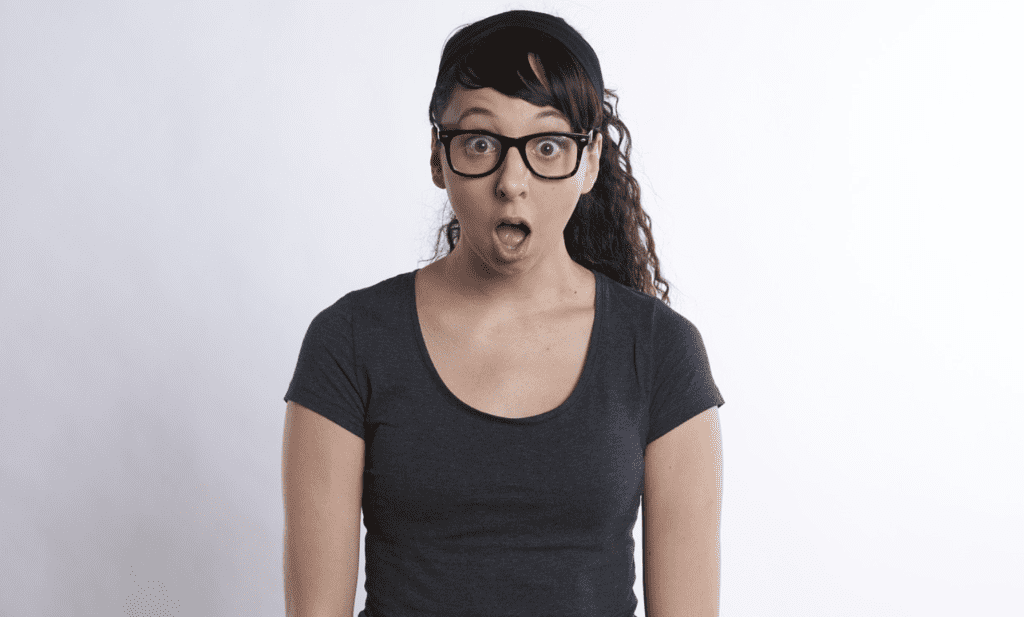 What’s the strangest/weirdest/oddest/most surprising thing you’ve ever seen in your whole life? Maybe it was completely by accident, maybe you were planning on it. Tell us about your experiences in the comments.

But before you do that, read these stories from AskReddit users.

“I saw 2 blind men walk into each other in the street, apologise and carry on, without realising they other was blind…”

“We moved around a lot as a kid. My sisters and I went to an elementary public school, and then a catholic school for a few years, then moved about 300 miles away and went to public schools for the rest of our school ages. I always remember this girl with glasses who wore her hair in a bun no matter what school we were in. I just always thought a girl that “looked like this” existed in school.

When I was about 21 or 22, I’m was in a university film class in San Marcos, Texas and I get to talking to my group partner. Turns out she was the girl I remembered. She went first to my public elementary school, then to my private catholic school, then moved 300 miles away and attended the same elementary, middle, and high school. And was now in my class in college.”

3. What are the chances?

“I used to live in a student city where a lot of bikes get stolen. When I was 16, my bike was stolen and when I was 19, another bike was stolen. Because my father was pissed about it, I was constantly on the look-out for my bike. Lo and behold, 4 months later, I spotted my bike in the city, near the train station. It had someone else’s lock attached to it. Called the police and waited. They showed up fairly quickly, confirmed from the police report that it was indeed my bike, and cut open the lock. I had my bike back! Yay!

Now with bike in hand, I keep walking. Not 100 meters further, I spot… the bike that got stolen several years ago! Same procedure: call the police, they return… they’re a bit suspicious, but due to the unique characteristics on the bike that I described in the police report after it got stolen (a crack in a certain place, tires different brands, etc.), they have to admit that this too, is my stolen bike. They cut open another lock and I walk home with my two bikes.”

“I brought my kayak to the Indian River Lagoon in Florida on memorial day of 2013. The IRL during the summer months can become bioluminescent (dinoflagellates in the water glow bright blue/green when disturbed) and last year it was an aquatic lightshow.
As I was paddling at 2:00 am there was a fin that came straight towards my boat and then disappeared underneath me and slapped the bottom of my kayak. That was a shark, but later there was a pod of dolphins that started teaching a baby dolphin how to fish along the shore.

These dolphins came within 2 feet of me and I could see them perfectly glowing blueish green in the water. I actually watched the dolphins herd fish and with every paddle of their tail the water exploded like lightning. They hung around and fished for hours as I marvelled. It was a natural phenomena that I don’t know if ill ever witness again but it was certainly the most rare and beautiful thing I’ve ever experienced in my entire life.”

5. Dancing in the streets.

“Slightly related, I saw two people in wheelchairs do the awkward “go left, go right, try to go around each other but both accidentally go the same way” dance on a crowded street once. IN WHEELCHAIRS.

It was funnier knowing that they’re both accustomed to people making room for them on the sidewalk.”

“Saw chunk of rock enter the atmosphere at 3am one morning. It came from the south then about 1/8 across the sky it went bright red and lit everything up in an eerie red. It looked like an incredibly massive firework. A massive pillar of smoke trailed behind it as it was traveling north. It was amazingly loud and broke up into about 10 pieces towards the north side of the sky and faded into nothing. The sound, the brightness I only wish I shared that moment with someone.

No description will ever do it justice.”

“As a kid I interviewed Neil Armstrong as part of a project. He rarely gave interviews, and the only way I was able to do so was because he was friends with my grandfather.

He was a really nice guy, and was really willing to help.”

“A friend of mine was showing me pictures of a trip of his to New Zealand, and I was in the background of one of them.

This was around 6 years before we even met. Not something I can collect, but definitely something that will probably never happen to me again.”

“I’ve seen ball lightning. I can only describe it as a camera flash but moving in ball form. It whizzed right by me.”

“A fully intact coral horn fossil from the Ordovician era that I found in a stream.”

“This story always makes me happy and I hope.it doesn’t get buried. A few winters ago in the aftermath of a super sh^tty snow storm, I found a dog. A tiny chihuahua mix, very nervous and a little aggressive. Seemingly abandoned I knocked on the door of the.house he was in front of. Without even asking any questions, the guy who answered immediately said he wasn’t his dog (bullsh^t).

I felt bad for him so me amd my ex scooped him up and headed for an animal rescue center near by (shout out to Bobby and the Strays in Atlas Park Mall). They took him in and that was that. Until about two years later when I see an insanley similar dog in Manhattan. I went up to the owner and asked where she found him. She mentioned how he was found abandoned in queens and was brought into a shelter for rescue. I told her I was the one who actually found the dog and how glad I was that she opened up her home to him. Craziest twist of fate ever.”

“I went on a trip to Australia with my parents when I was 13. We took a plane to Alice Springs. We took a camping car (we were heading to Darwin) and went to king’s canyon before going to Uluru and then heading north.. After walking for hours we get to a water hole to swim in. Who do I see ? My history teacher.”

“Me and my then boyfriend watched a movie called “svinalängorna” only to realize we had both been extras in the movie five years before we met. We even sat next to eachother in the background.”

“I found a weird piece of glass on the beach one time. Didn’t look like sea glass but I kept it anyways.

Turns out, it’s actually sand that got struck by lightning and turned into glass. It’s really cool. It’s mostly clear tinted green with a light green streak through it.

Wow! What an interesting collection of super rare moments!

Which one of these did you find surprising? Have you every encountered something you want to share that was shockingly rare?