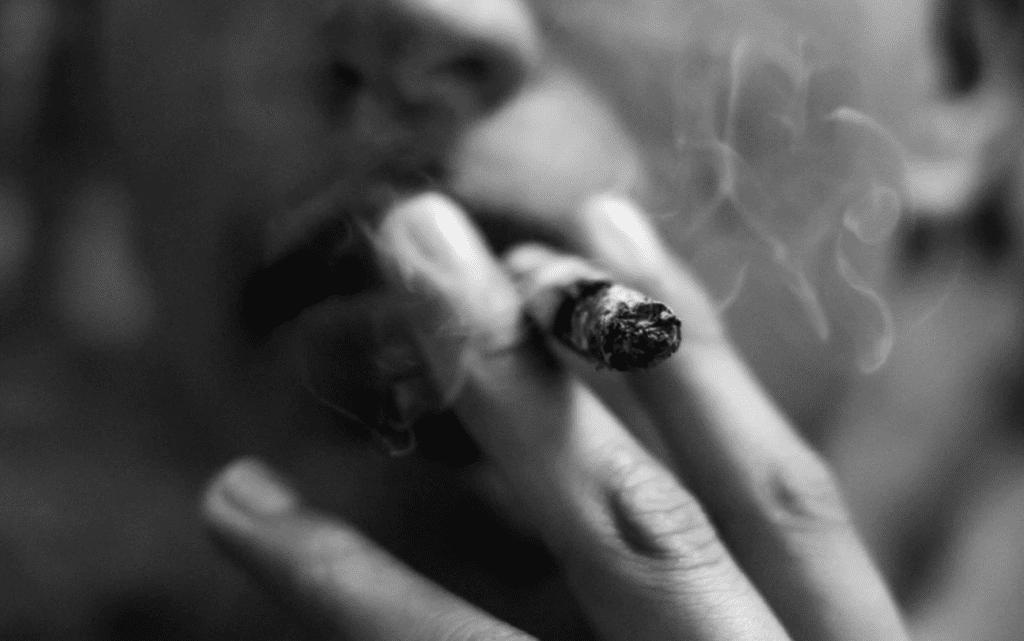 I have a friend who shall remain nameless who was so stoned once that when he snapped out of his marijuana-induced haze, he realized he was driving his car around in circles…in the parking lot of A POLICE STATION.

He had been driving home (don’t do that when you’re high, by the way) and somehow got sidetracked…

Luckily he got out of there without any cops noticing or he definitely would have been in hot water.

The point is that when people get high, they do really stupid and weird things. A lot of times, these things are also very FUNNY.

Here are some very entertaining stories from folks on AskReddit.

“Freaked out that I’d lost my ipod somewhere on the way to the train station. I got off the train and went back, retracing my steps all the way back to my apartment.

Only to realize that I was listening to music the whole time… on my ipod.”

“Walked up to the bathroom mirror with a flashlight, shined it on my eyes and studied the color patterns of my eyes for about 20 minutes straight.

And singing loudly at the same time.”

“I was holding my cat next to the sink and somehow he just looked like he really wanted to get in the sink and take a bath. So I turned on the water just a trickle and edged him closer and closer to the faucet whispering to him, “Hey buddy, don’t you wanna take a dip?”

In my mind he totally did and was just too nervous to admit it.

In real life, he’s a cat and cats don’t like water. So if you could have looked in on this scene you would have seen me high as hell, murmuring to the cat and trying to dunk him in the sink.

All the while he is frantically clawing me to shreds trying to escape and I am not noticing in my single-minded pursuit of finally letting him experience water.”

“I set a Hot Pocket in the microwave and put in my pin number for the cook time.”

“I bought a cow-girl outfit on Amazon and learned to play 9-5 by Dolly Parton. I’m a guy by the way.

I remember thinking that I was going to be some crazy successful cover artist with that gimmick.

The cow-girl outfit doesn’t fit btw. Not even close.”

6. Get in touch with nature.

“I stared at ants outside for a solid hour and a half, just going about their business.

I’m not too fond of insects sober. But when I’m high they’re so goddamn interesting.”

7. Nothing wrong with that.

“Cleared out the living room of all furniture and referred to it as “The Dojo”.

“I was trying to get food delivered to me but I just googled the word “deliver” for 40 minutes.”

9. You need your own cooking show.

“I ate an entire block of cheddar cheese. Methodically slicing it and applying different condiment to every slice until it was all gone.

That is literally everything… To this day my favorite snack is honey and sriracha on cheddar.”

“I called my mother and began telling her about my genius idea of replacing shoelaces with spaghetti strands that linked with each other.”

I woke up the next morning WITH A PILLOW AND BLANKET on a low-branching tree outside of their place.

I had found a nice niche where I wouldn’t fall out (wasn’t high enough to get hurt anyway) and snoozed for idk how many hours. Don’t remember the events leading up to it, but it was a good day.

“Bought $700 worth of weed and a new bong. Get super baked and then I go hide my weed somewhere thinking I’m clever.

Told myself I’d always leave my stash in one place…”

“Thought I was the maid from The Jetsons, according to people there, I proceeded to clean the house and speak like a robot. House did look immaculate.

“I ate an entire loaf of wonder bread while taking a bath.”

“I was living on my own in an apartment for the first time, and one of my first investments was a sheet (100 doses) of acid. I was gobbling them up at an insane rate. Tolerance builds pretty quickly to acid, so by this point I wasn’t seeing acid-y things anymore, but I was thinking acid-y thoughts.

Like for instance, I wasn’t taking trash out because I thought my building would see me hauling out a bunch of trashbags and think, “That dude’s got a lot of trash! He’s a dirty dude!” And that then they’d either kick me out or call the police on me, so I opted instead to let the trash pile up around me.

I also thought I was going to be a writer for The Simpsons.

Anyway, it all came to a head about two months into my heavy acid use. In about eight weeks I had eaten about 80 tabs of acid. I was feeling pretty fried, and I was trying to make myself some pancakes.

I had this plate that was covered in pancake batter and I thought, “Man, fuck this,” I gave up, and threw the batter covered plate into the dishwasher and turned it on. I heard, CLICK CLICK gurgle gurgle gurgle.

I walk over to check, and find that I’ve broken the absolute shit out of my dishwasher, and now there’s black water pooling up at the bottom of it.

The new paranoid thought was that my building would charge me to replace the dishwasher. I was freaked out, until I had a master stroke of genius, “What if,” I thought, “I just throw away all my dishes?” “What?” asked the last rational part of my brain, to which acid brain responded, “Hear me out, hear me out, here’s the plan.

Step one, we throw away the dishes. Then, when the apartment building asks, ‘Did you break your dishwasher?’ I can get real indignant and say, ‘What? Break my dishwasher? You fools! I don’t even own dishes!’” And then I threw away all my dishes.

That was several years ago, and I still haven’t replaced all of them.”

Hahahaha. Those are great!

Now we want to hear from YOU!

In the comments, tell us about the weirdest thing you’ve ever done while high…or if you don’t want to tell a story about yourself, throw a friend of yours under the bus and tell us the stupid shit they did!

Please and thank you!