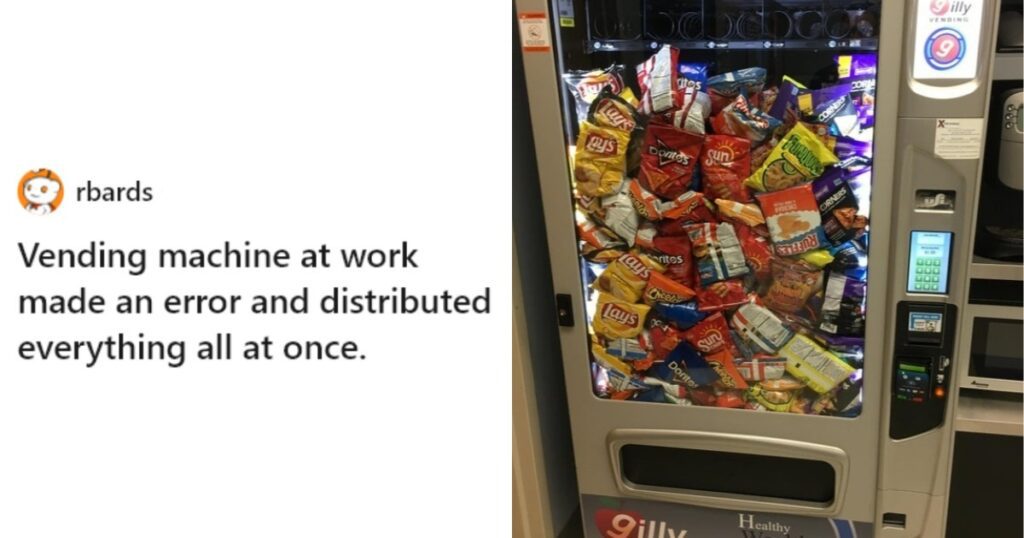 People will often use the phrase “one in a million” or “one in a billion” to mean something that’s never going to happen. But of course, that’s not correct.

A one in a million occurrence is a thing that happens once every million instances. So if, say, a person has a one-in-a-million physical attribute, given that there are around eight billion people total, you should expect to find 8,000 people alive with that attribute. Suddenly it doesn’t seem quite so impossible, huh?

But there’s still something very special about getting to be the person who catches a very rare sight. Like these people on Reddit did, and shared them for all to see.

Are you still in Kansas, though?

I saw the end of the rainbow today from mildlyinteresting

Let the chips fall where they may, I guess.

Vending machine at work made an error and distributed everything all at once. from mildlyinteresting

Someone get science on the phone, I demand an explanation for this.

my M&Ms sank but the Ms stayed behind from mildlyinteresting

But why was it in the WALL?!

1977 mcdonald’s christmas trash found in the wall of our house. from mildlyinteresting

What are the odds that you’d cut right there?

Swing so powerful it transfers through an image.

You were supposed to defeat them, not join them!

To be fair, this is less of a miracle and more just…the Midwest.

I’m sorry, you’re under arrest, you cannot blast this much flavor at once.

Would we say this is a glass half empty situation?

So fascinating. So rare. I’d say these belong in a museum.

What’s something rare that you’ve experienced?