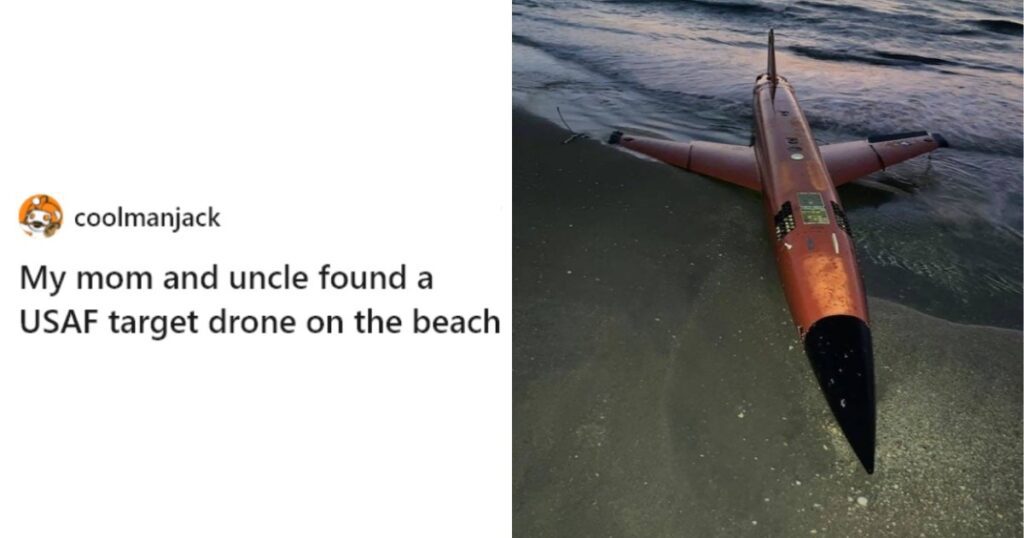 It’s a clever little insight, perhaps only bogged down by the fact that statistics are really hard to grasp intuitively. Take the lottery, for example. If I go buy a lotto ticket right now in my home state, the odds of me hitting the jackpot are roughly 1 in 20 million. Same goes for anyone else who buys a ticket.

“Nobody can win, but someone has to” is the kind of conundrum you find yourself stewing over when you start trying to calculate unlikely things. Which is maybe what haunted the minds of these people on Reddit who came across their very rare finds.

Maybe it’s in the genes? Or…jeans?

I inherited my grandmas sewing supplies and as I was putting them away realized I bought the exact same buttons that she did over 35 years ago for me. from mildlyinteresting

I really need a third guy here who’s either the biggest or the smallest, just to complete the set.

My friend met a stranger at a wedding that looked just like him and was wearing the same thing. from mildlyinteresting

WHAT COULD IT MEAN?!

7. These chips are fire

No, seriously, somebody get some help.

The chip bowl acted as a parabolic mirror and set a chip on fire. from mildlyinteresting

Crazy how nature do dat.

The melting snow on this chair looks like a tree. from mildlyinteresting

Anything to save a buck, I guess.

I’d be simultaneously thrilled and kinda scared.
But more importantly, WHY AREN’T YOU USING THE OTHER SIDE OF THE AISLE?

I got a whole plane to myself when I was accidentally booked on a flight just meant for moving crew. from mildlyinteresting

Look out for rogue turtle shells.

The sun hit this freshly-paved tarmac just right and made a real-life Rainbow Road through polarized lenses. from mildlyinteresting

A balloon I accidentally shut in my car door didn’t pop. from mildlyinteresting

Truly one in a million.