I have a lot of weird, and generally unpleasant dreams. When I was little, they called them night terrors, although what I have now is not on the level of what most people describe as night terrors.

No matter the intensity though, no one wants to wake up screaming and gasping for breath.

Even though it’s pretty embarrassing, there’s nothing to be ashamed of.

Here are 23 people’s confessions about their own night terrors.

The only solution is to change schools.

Or apply for a single room. 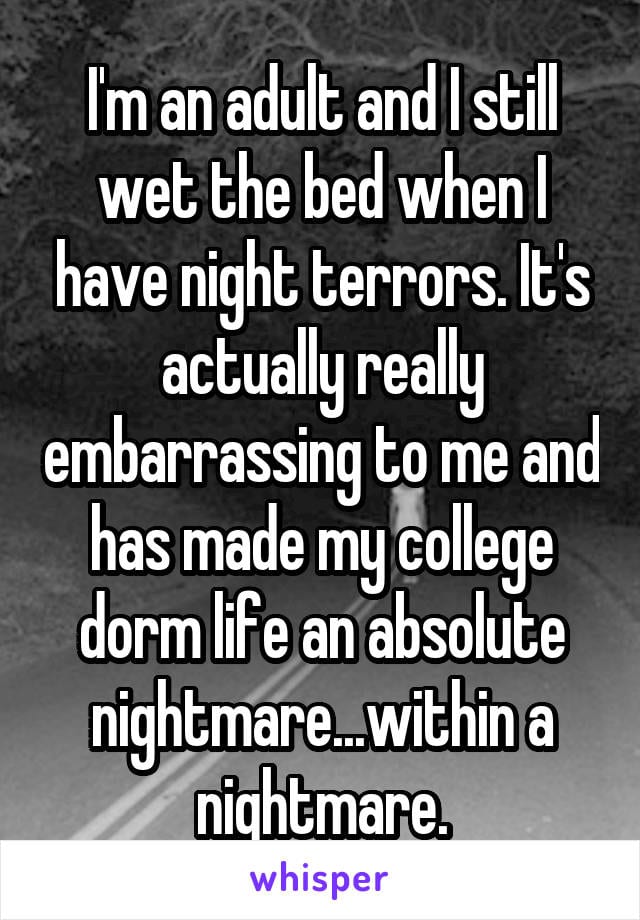 Although at some point REM Rebound could become a self-fulfilling prophecy. 😬 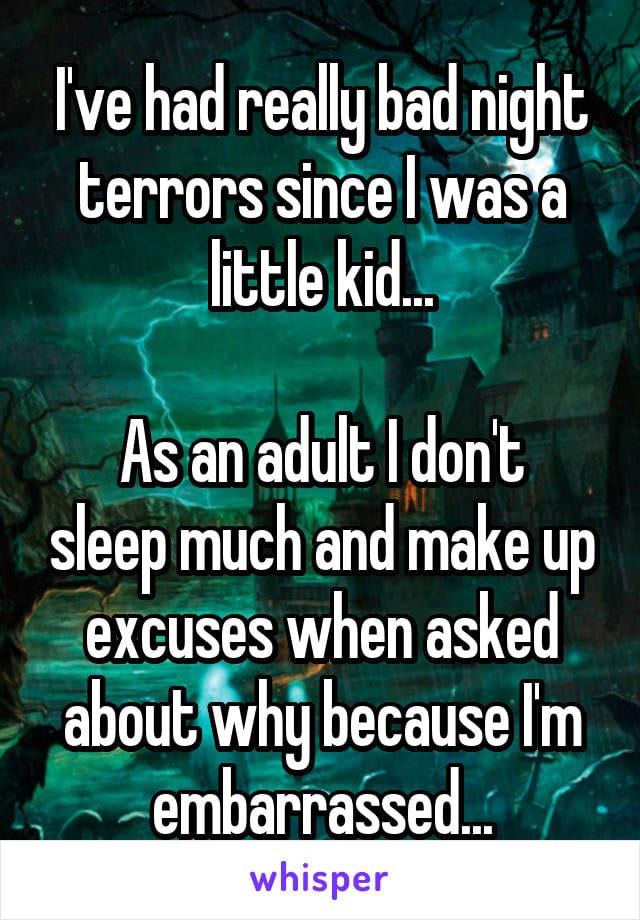 21. That’s… some extremes of emotion

I think the question we all want to know is… who are the sexy dreams about though?

My 8th grade teacher would ask what you ate before bed.

(He recommended cheese, mustard, and pickles if you wanted crazy dreams.) 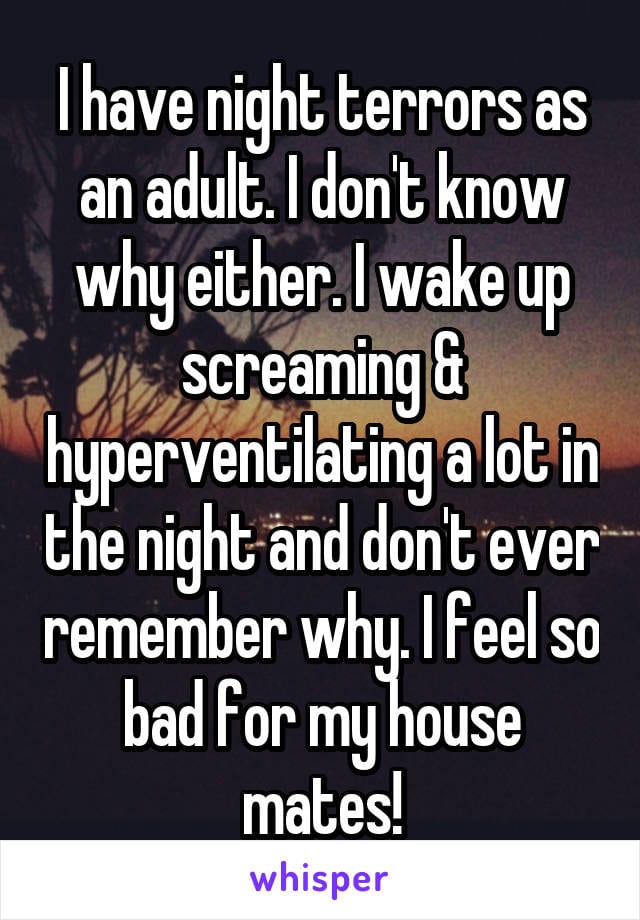 It’s as good an explanation as anything. 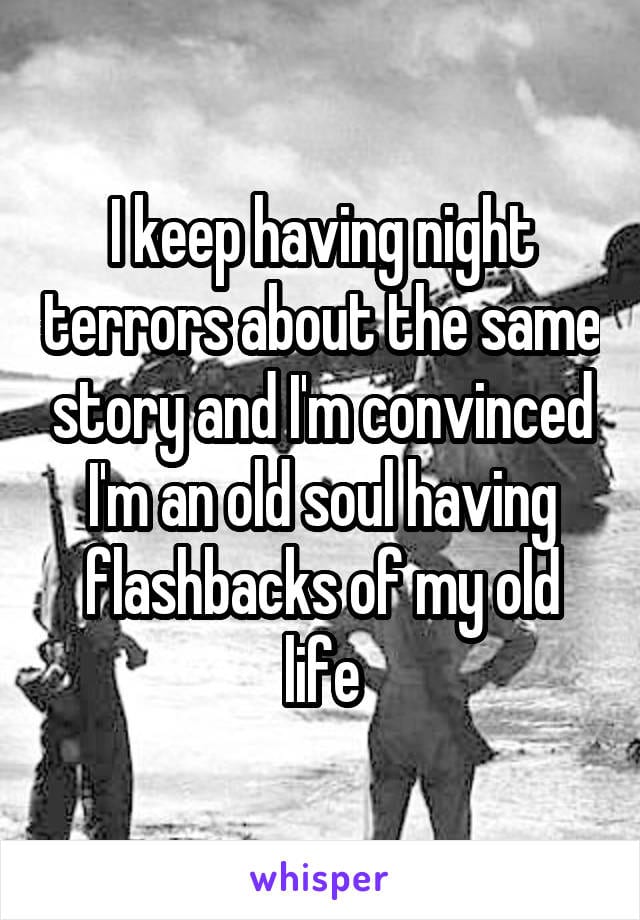 There’s got to be someone with a nightmare fetish out there, right? 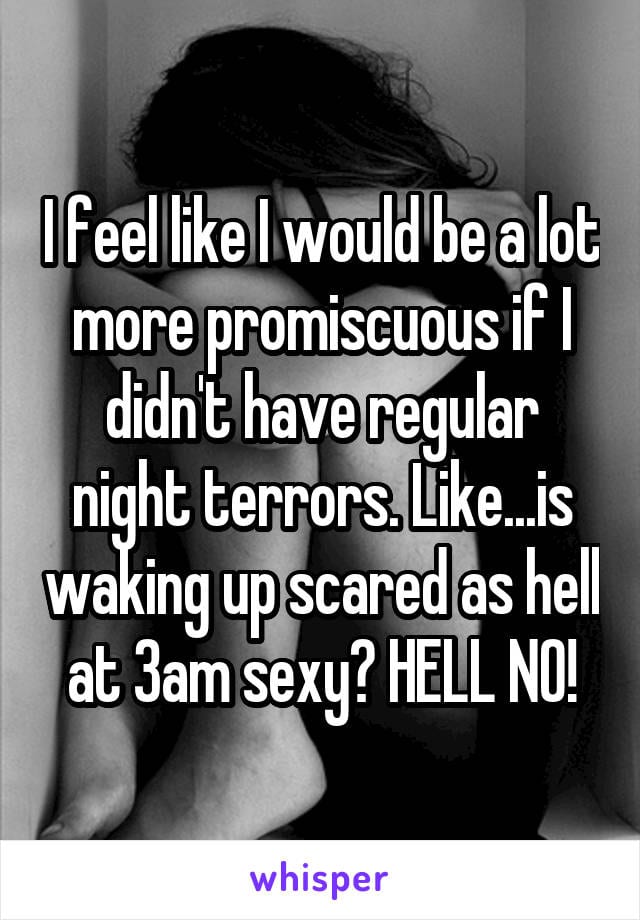 At least you know they’ve got your back? 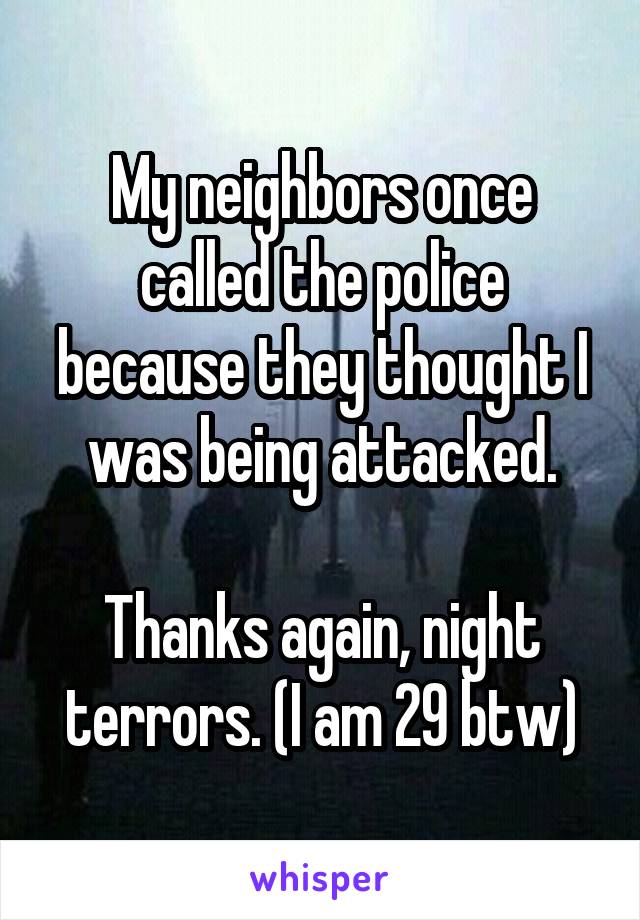 If so, the neighbors better be footing the bill. 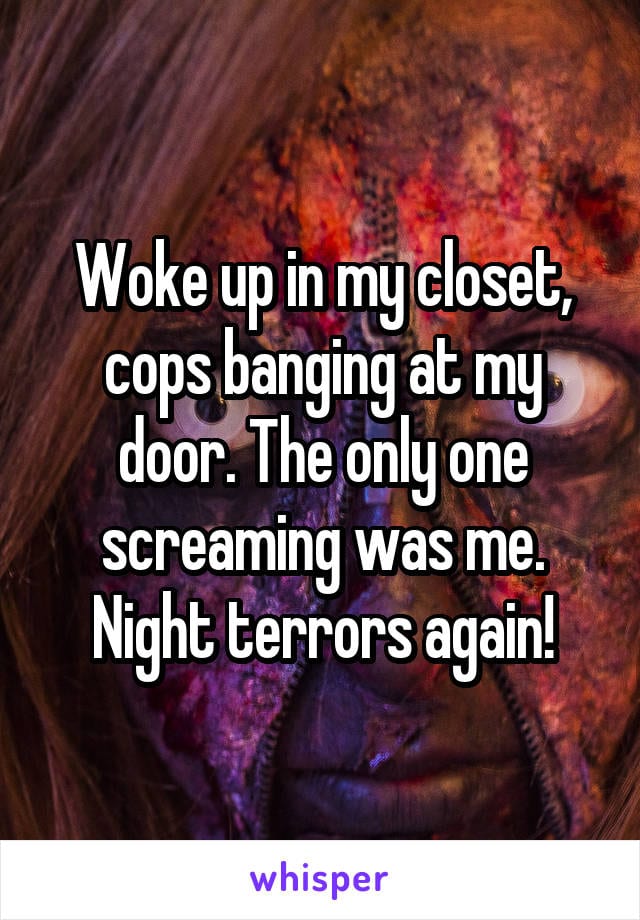 15. It’s good to have friends and neighbors

Maybe a Thundershirt would help. Not even joking. 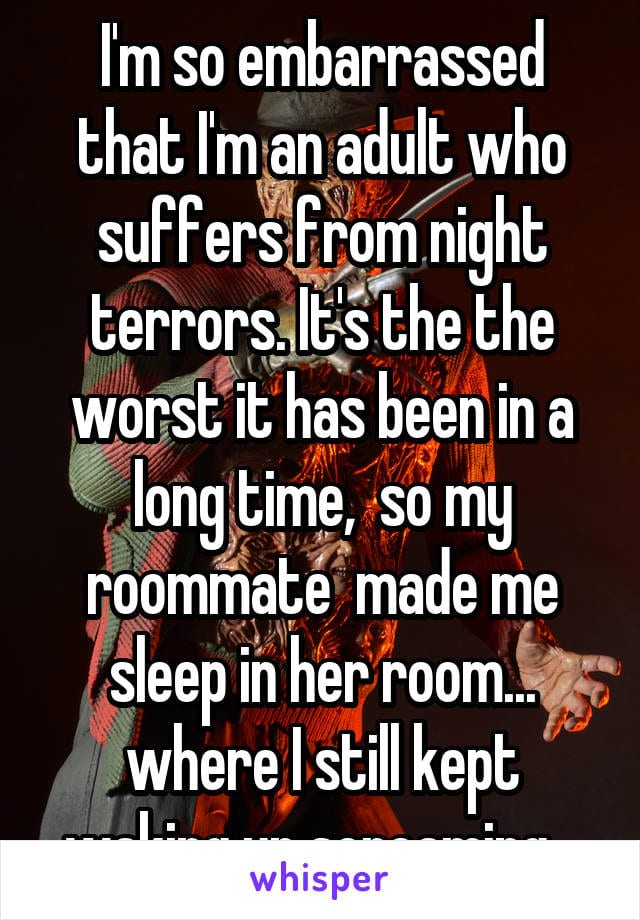 14. In all seriousness though

It’s really not a laughing matter, especially to the afflicted sleeper. 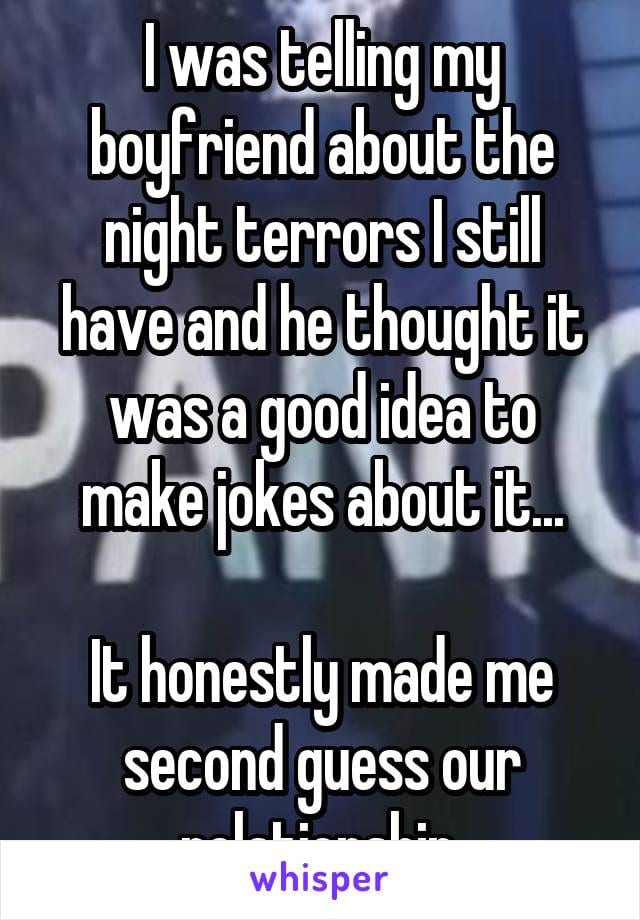 He could show the other guy a thing or two. 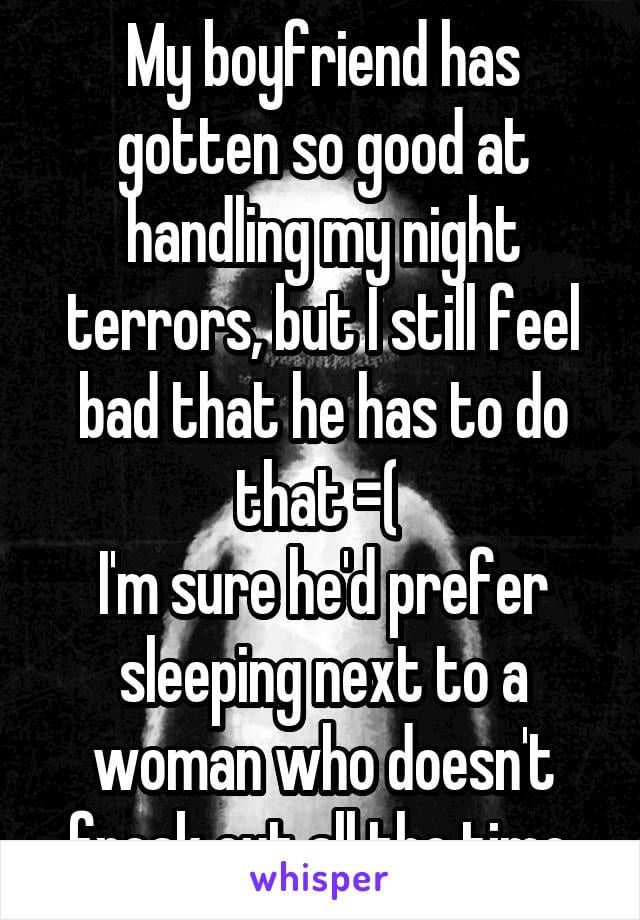 12. Not a child, but feeling childish

A lot of children have night terrors, but when you don’t grow out of them, it can make you feel ashamed. 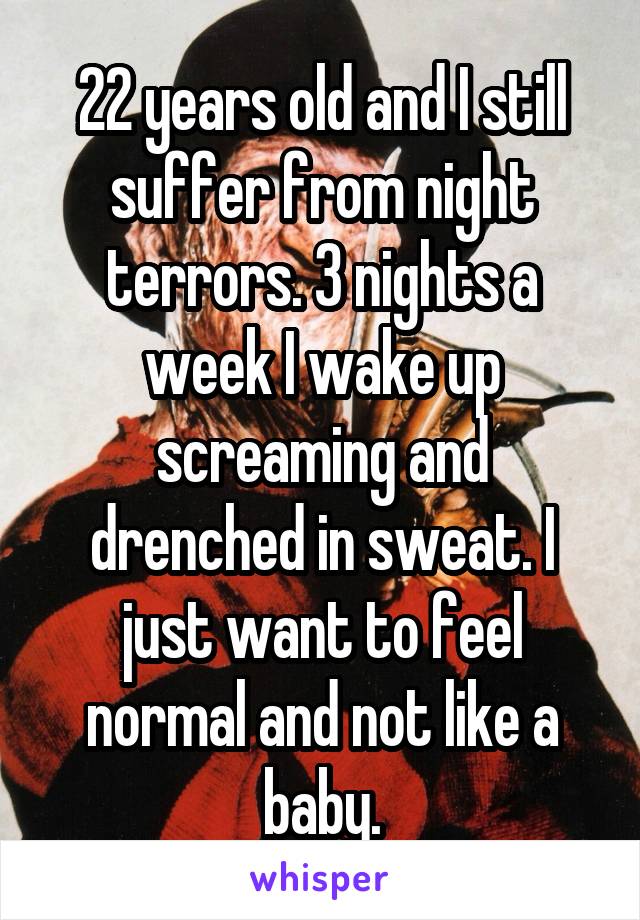 11. It’s your brain, trying to work things out

Where do you turn when even therapy doesn’t help? 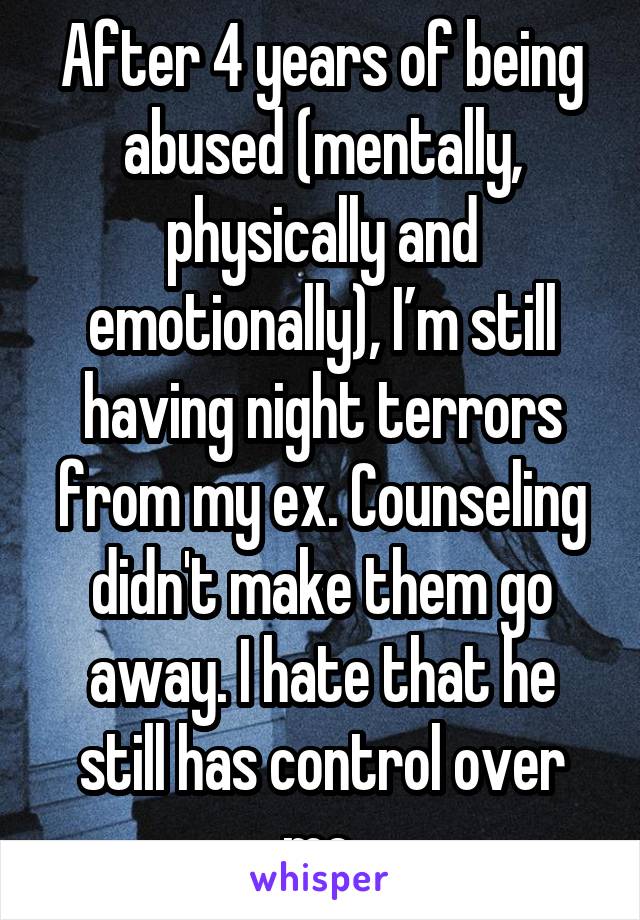 Some people use weighted blankets, others still have their baby blankets.

Whatever it takes, honestly. 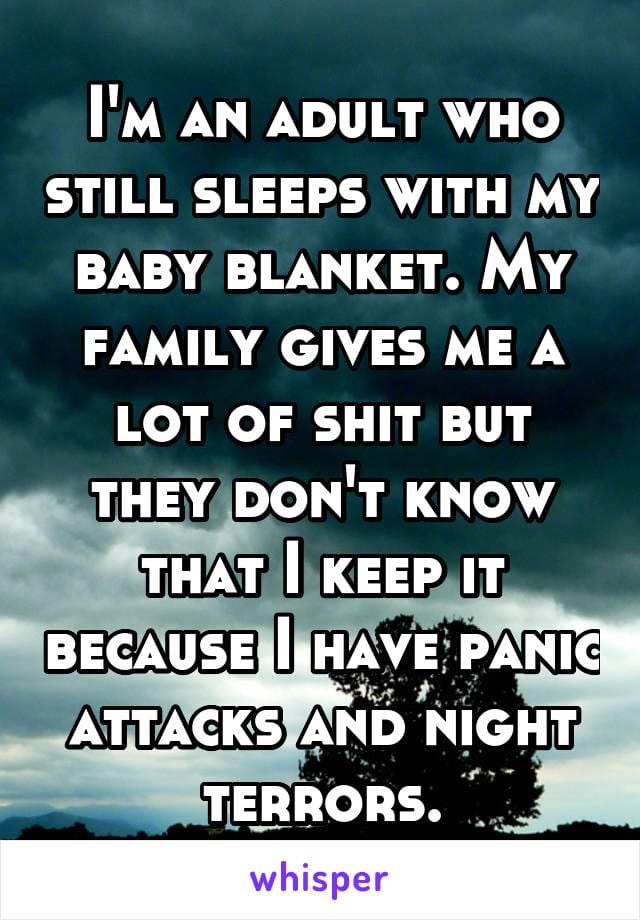 9. Maybe not just an old soul

Even in death there’s no escape…

8. Honestly, who wouldn’t though?

That would be more horrifying than any scary movie. 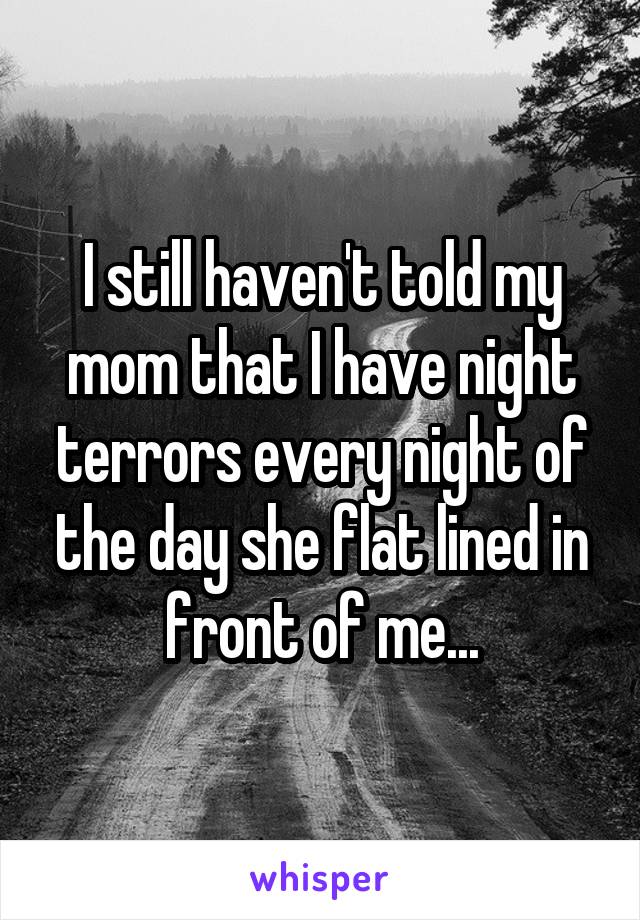 7. Survivor’s guilt is no joke

But what a gut-wrenchingly human response to trauma–to punish yourself endlessly. 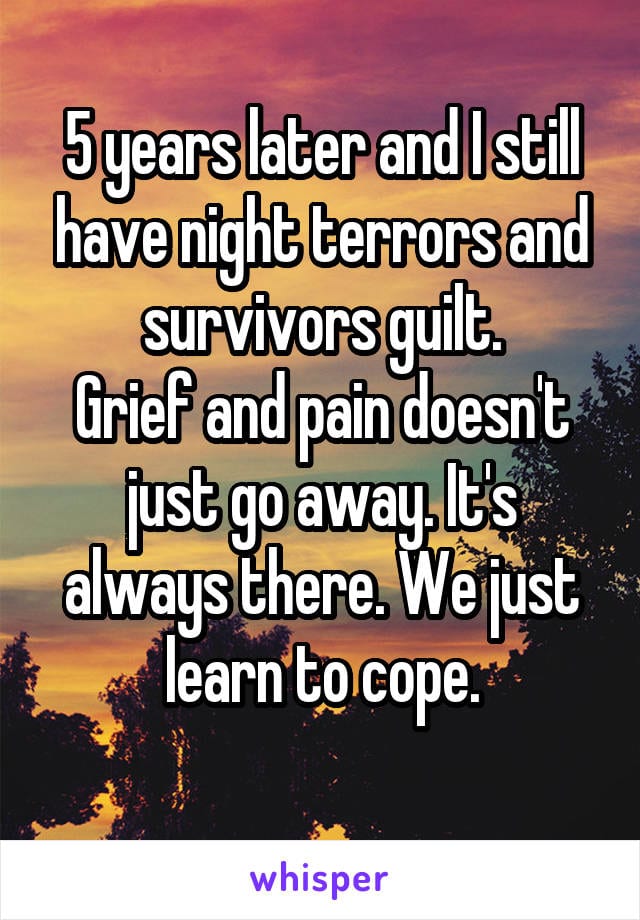 5. Ouch. Family can be hard

But maybe telling them would be freeing? 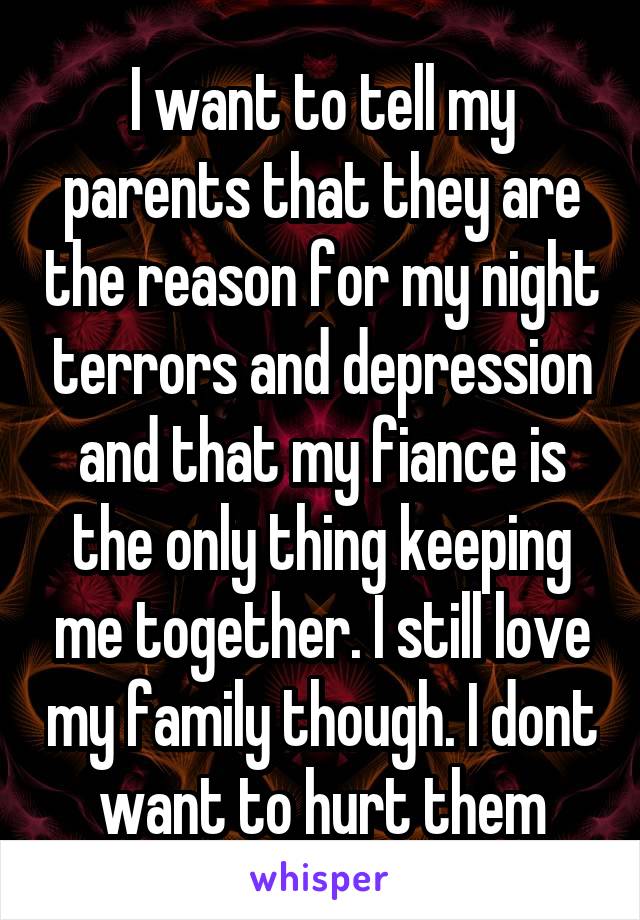 4. Echoes of the past

The real tragedy is that you survived but it still haunts you. 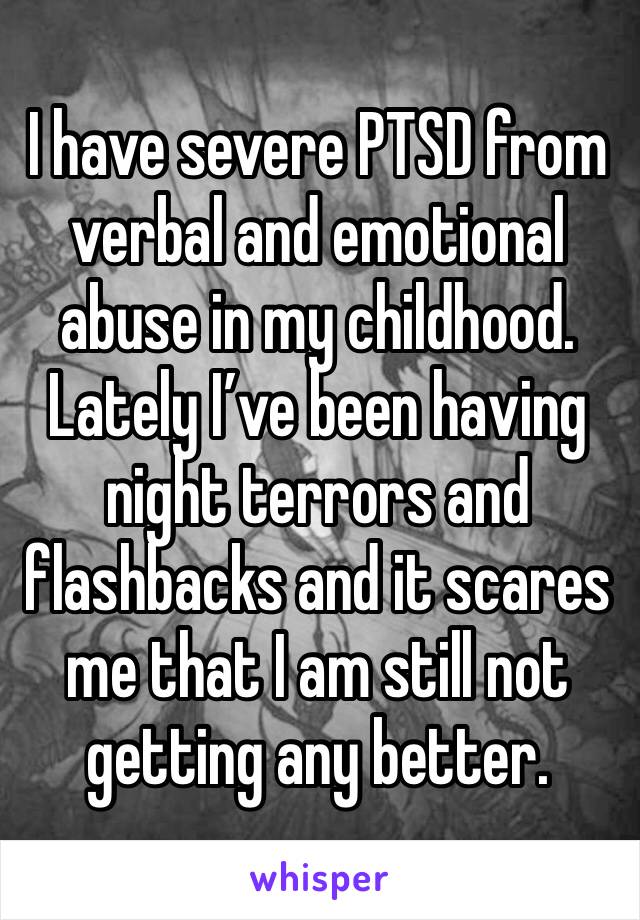 3. Just do your best

That’s really all anyone can do. 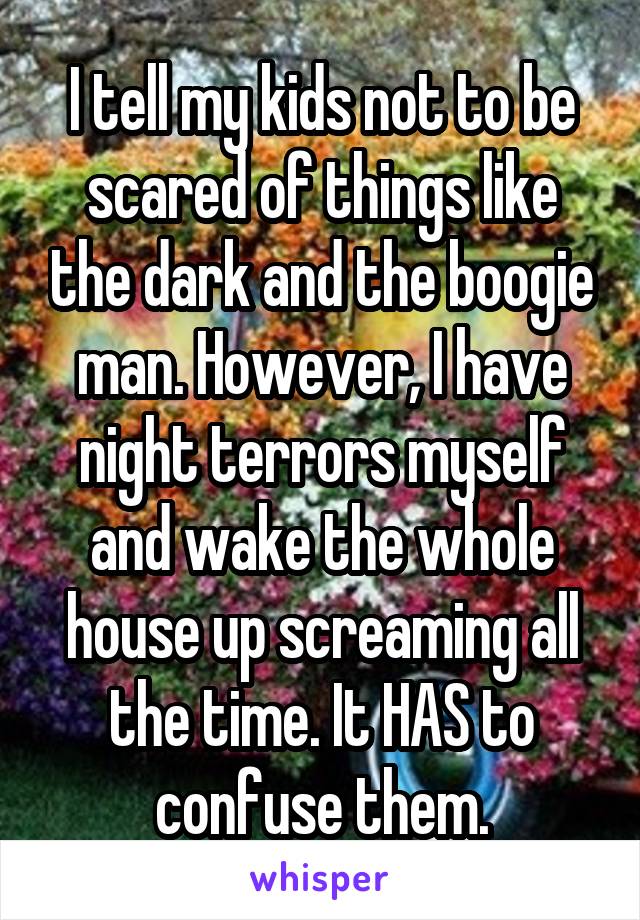 2. They can be relentless

And so very exhausting.

1. What a fun part of growing up 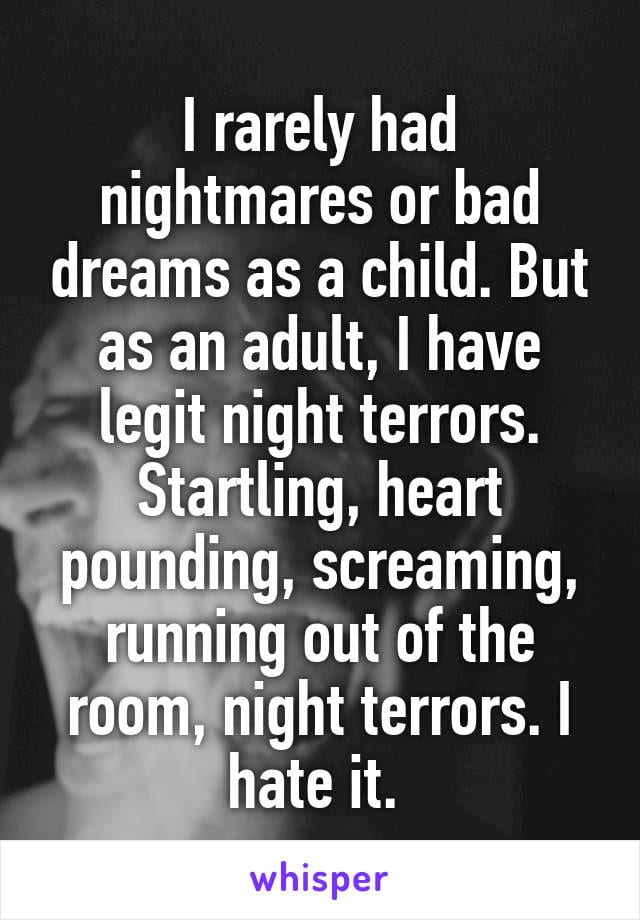 It really can be very stressful, and it seems like there’s no great solution.

But it’s definitely not something you should be ashamed of.

Do you or someone you share a room with have bad dreams that you keep you up at night? Tell us your solutions in the comments!