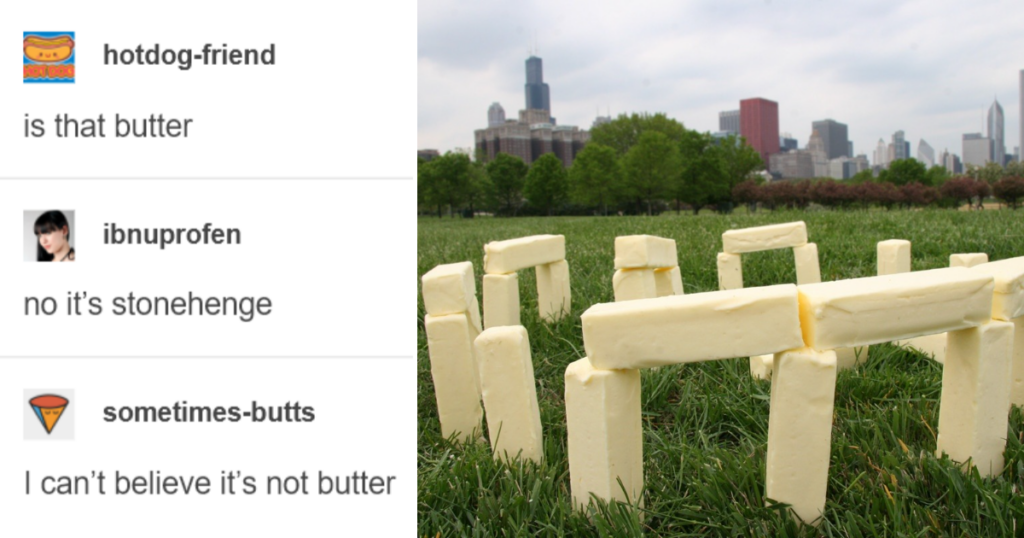 Come Hang Out and Look at These Weird Tumblr Posts

In the modern era, Tumblr is sort of an oddity of the internet. It’s kind of a throwback. A relic, almost. It has the sort of quiet intimacy that used to thrive on sites like Xanga and LiveJournal, for instance.

And in an era when social media standardization and website-builder templates rule the majority of the web, Tumblr still has that odd charm of being infinitely, even obnoxiously, customizable, like MySpace was in its prime. In a time where nearly all social media feels performative, going to someone’s Tumblr page still sort of feels like walking into their bedroom. Reading their posts still feels a little like peeking into their personal journals.

All that is to say, it’s a unique place to hang out. It has a great vibe. And a pretty much endless string of amazing moments that get captured and passed around like folklore. Here are just a few such moments, gathered for your enjoyment.

I didn’t realize this was true until just now.

I would vote for any candidate running on this platform.

You had more exciting math classes than I did.

11. Toying with my feelings

10. A little rain never hurt anybody

…but a lot would.

9. I see what you did there

You know he does this routine at every house.

I should have seen this coming.

7. Something old, something new

Girl, the aliens gave up on us a long time ago.

Someone has entirely too much time on their very slippery hands.

This is the whole reason the internet exists.

This fire lord is hot.

I, too, grow my own plants…

I’m convinced that if Dolphins had thumbs they would take over the world.

I’ve just realized that emoticons are obsolete and have been for some time and that I am old.

Hope you’ve enjoyed this little sampling of the wonderful oddities of Tumblr. If you liked it, there’s certainly plenty more where that came from!