Did This Woman Fail the “Applebee’s Test?” The Internet Weighs In.

We’re no strangers to controversial topics around here but today’s is a real doozy. Today we’re tackling the polarizing question that’s tearing our nation apart like a Tommy Wiseua done dirty by a two-timing Lisa.

That question is: “What is the Applebee’s Test?”

Followup questions include “Is it real?” and “Should it be feared?”, “What do we have to learn from it?”, and “What the hell are you talking about?”

But let’s back up for a second.

Our story starts with a woman on Facebook (who’s identity has been fittingly redacted) recalling an incident in which she was asked out on a date to an Applebee’s. Spoilers: it doesn’t go well. 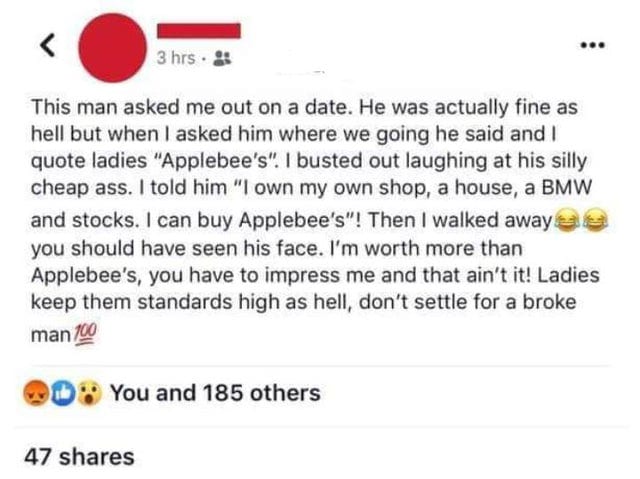 An equally anonymous commentator on the post took OP to task for her judgmental, arrogant, and presumptive attitude, and the burns were severe. 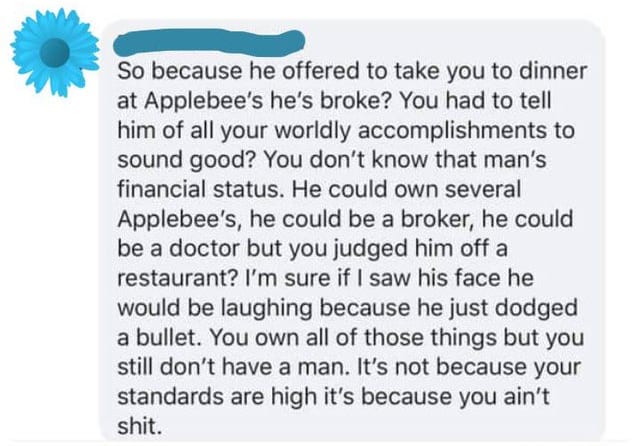 This entire exchange was posted to the subreddit r/ChoosingBeggars by user mecharoy, and a lively discussion ensued.

What’s with all the bragging?

Good for her, I guess?

Anyone with a dollar can purchase stocks. It’s like saying you own food.

Some of us don’t have such bougie tastes. 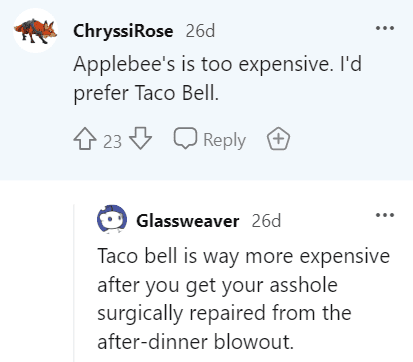 But here’s where it gets interesting…was her reaction and the following controversy the whole point of the Applebee’s offer? 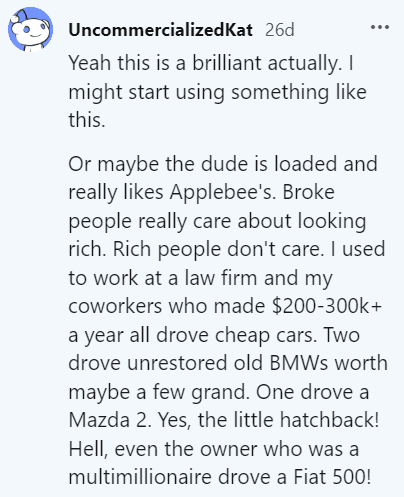 If you suspect someone is only interested in your money, try offering them something cheap and see if they still want to hang out. 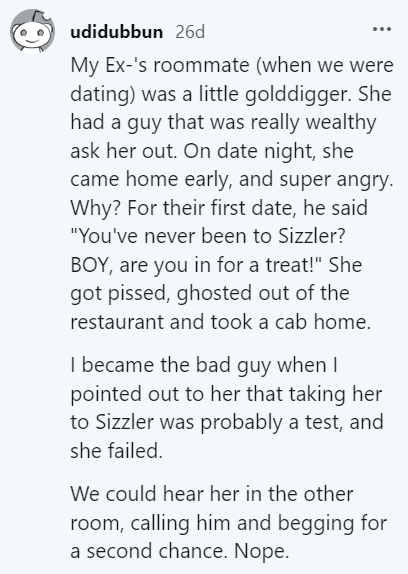 In fairness, there are plenty of inexpensive choices that are worlds better than Applebee’s from a quality perspective. 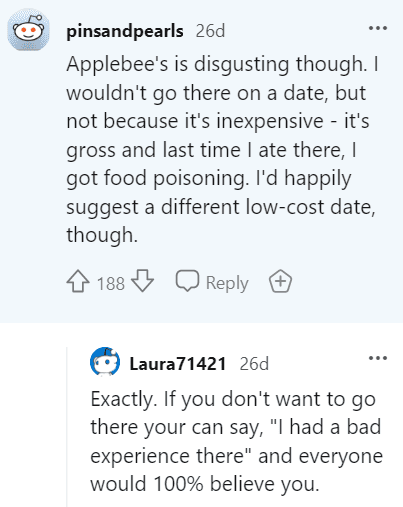 Still, if you pass the test, you may just like what you find. 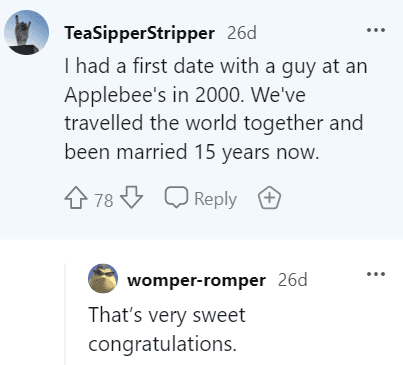 An intriguing system. Of course, there’s yet another possibility; that the dude just genuinely loved Applebee’s. In which case, run away. But no need to be rude about it.

What do you think of “The Applebee’s Test?” Would you try using it? Would you pass it?

Tell us your thoughts in the comments, for science.