Horrible Boss Gets Covered in Trash for His Dumb Policies

Have you ever had a boss you just really, really, REALLY didn’t get along with? If not, consider yourself very lucky. Almost all of us have had some kind of nightmare boss or manager situation to deal with, often in the service industry but sometimes elsewhere. You’re probably thinking about the worst you’ve ever had right now, so here’s a follow-up question; how bad did it get? What was the biggest, dumbest incident that erupted between the two of you?

While you’re pondering that, take a look at this absolute bombshell of a story from Reddit user TinderGuy11, whose beef with his boss at a bar tending gig ended with a moment of decision in which the trashed manager got…well, absolutely trashed. It was posted to r/MaliciousCompliance, and it begins with a confession that, all these years later, even he realizes this was a bit much. 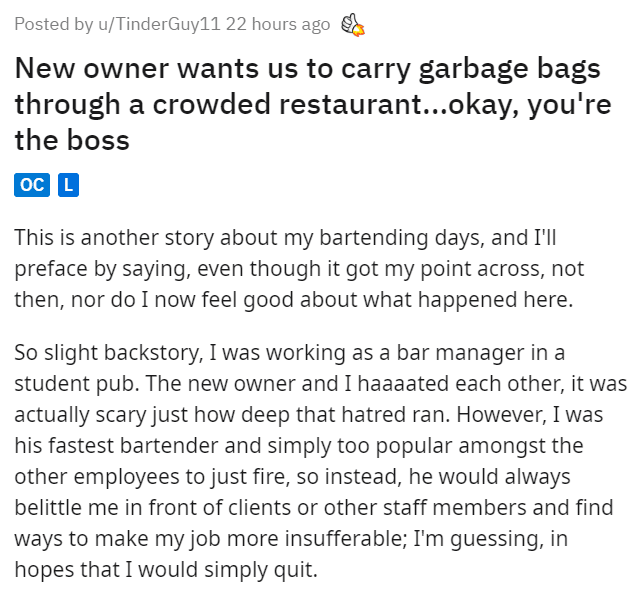 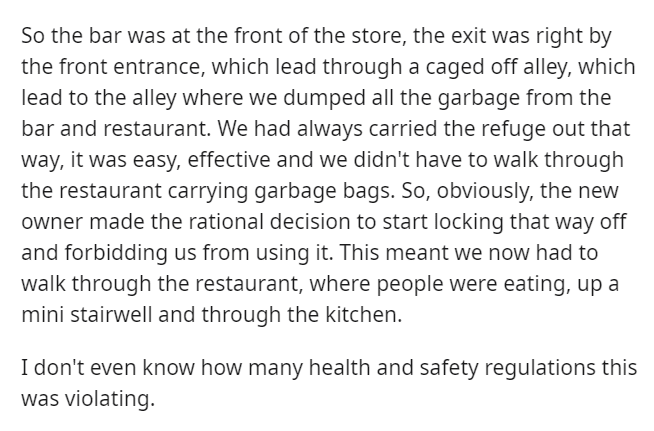 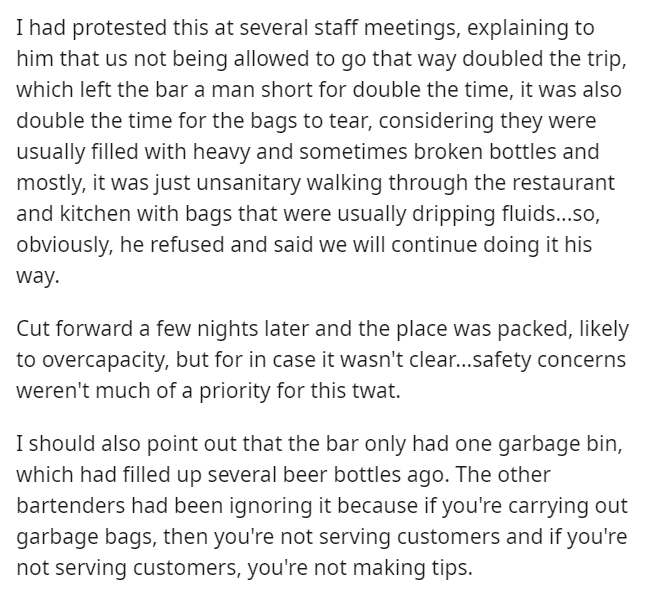 Chapter 3: Off to Mordor 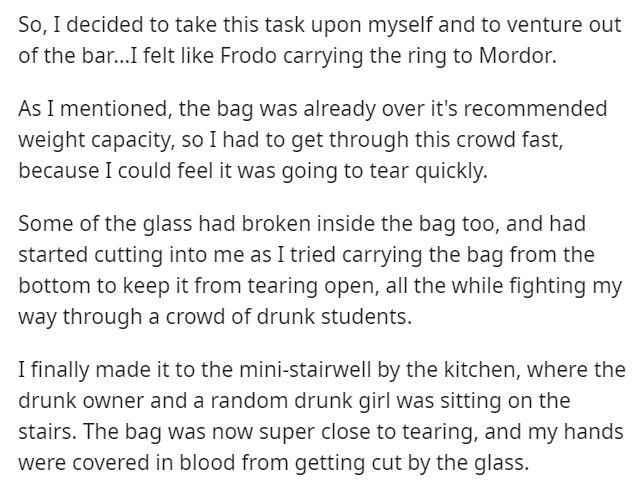 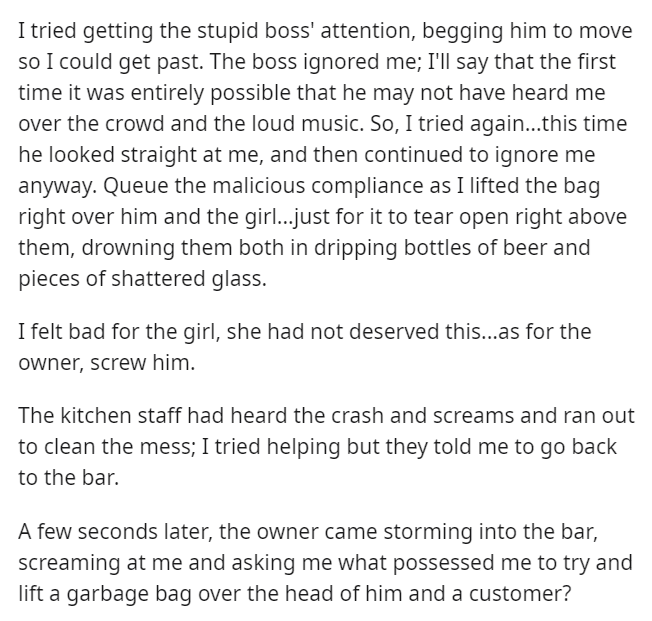 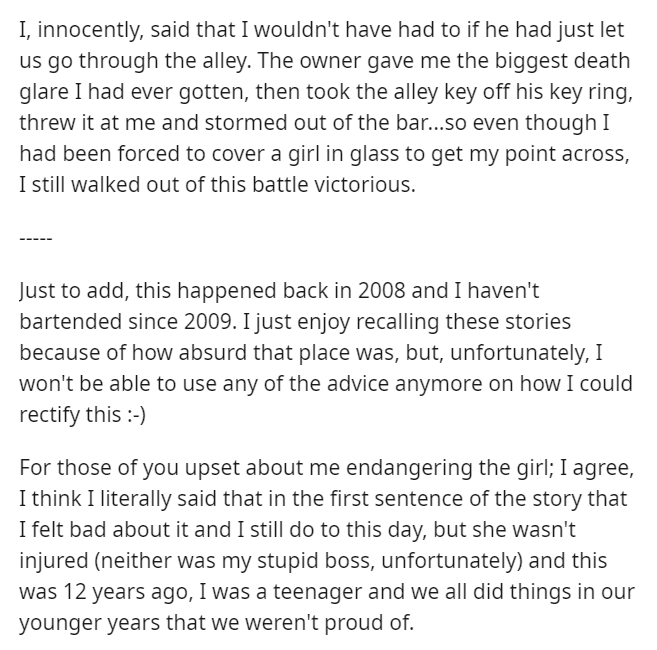 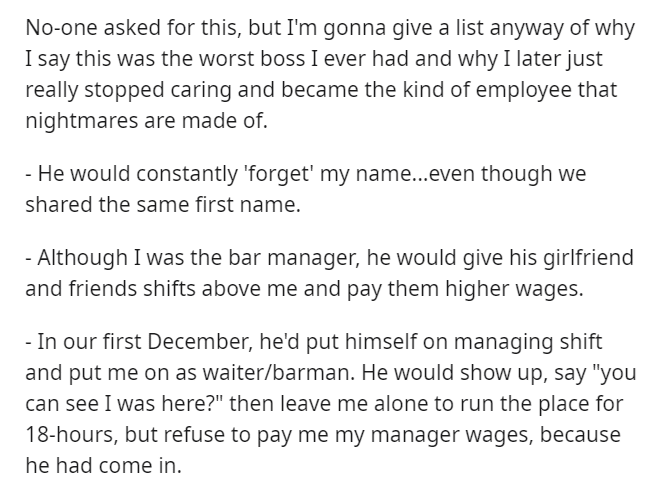 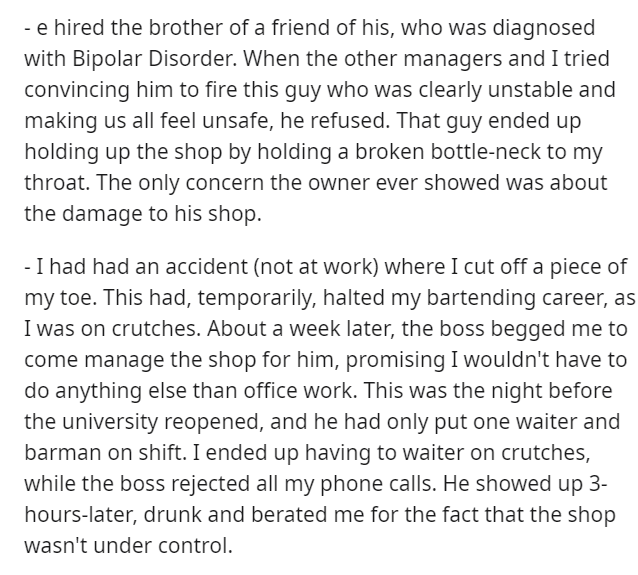 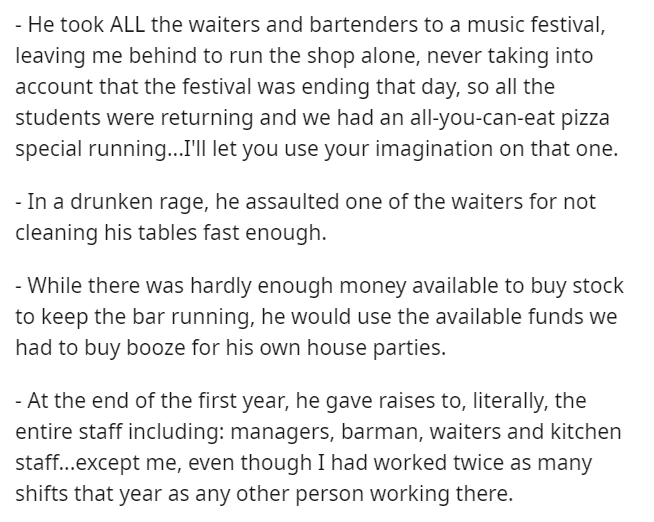 Ok, yeah, this guy’s as bad as they come. 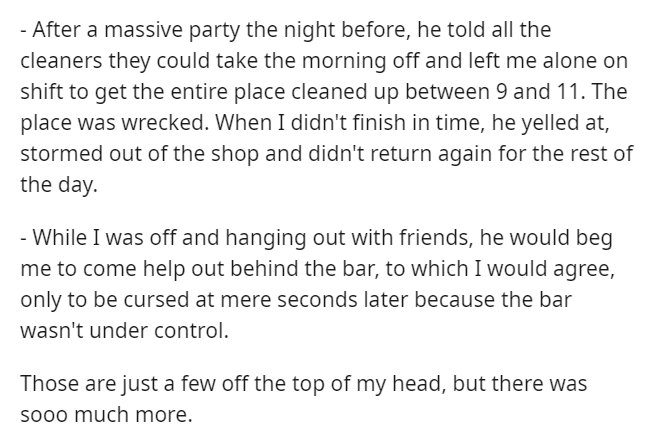 When faced with behavior from bosses this toxic, it’s tempting to look at the employees and say “Why don’t you just quit?” But of course, it’s usually not as simple as that. People gotta eat, so people gotta work, and they don’t always have their pick of the job market even when they’re highly skilled. Instead, let’s hold some bosses’ feat to the fire. Maybe not dump broken bottles on their heads but…yanno, keep ’em honest.

What do you think? Was he justified in this act of malicious compliance?

Tell us your opinion in the comments.