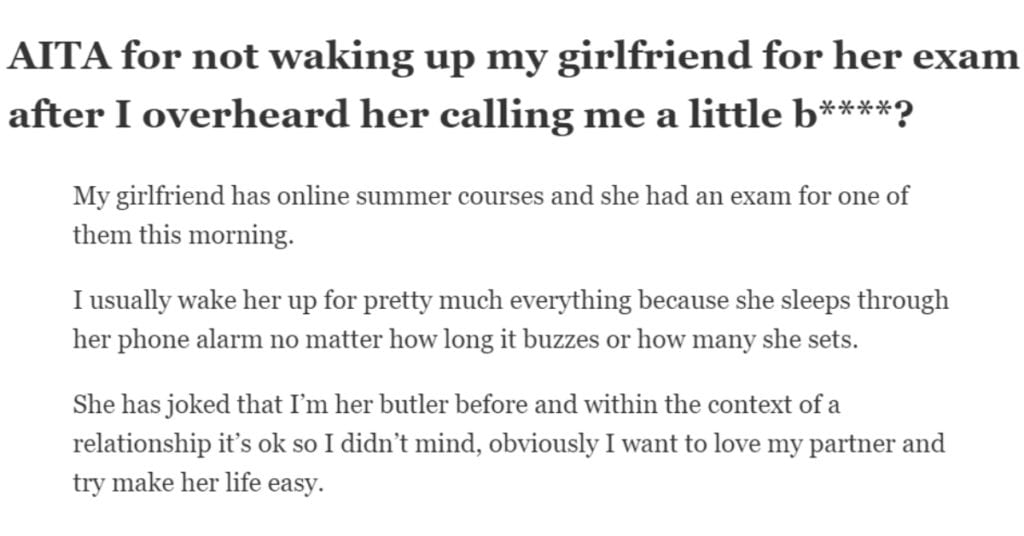 So, the headline to this story is that this guy’s girlfriend talked trash on him and in turn he was not an alarm clock, and now thousands of people on Reddit are discussing it. We should probably back up a minute.

Here’s how it read before he started adding edits:

My girlfriend has online summer courses and she had an exam for one of them this morning.

I usually wake her up for pretty much everything because she sleeps through her phone alarm no matter how long it buzzes or how many she sets.

She has joked that I’m her butler before and within the context of a relationship it’s ok so I didn’t mind, obviously I want to love my partner and try make her life easy.

Okay, all lovey dovey so far.

However last night she was chatting with her friends and she thought I couldn’t hear. She was bragging that I’m her little bitch and I do everything for her when she tells me to, etc. It really hurt my feelings because they were making comments like ‘good, put him in his place’ and she was agreeing.

Whoa whoa whoa… what did she say? Bruh… so sorry!

I went to bed pretty hurt by it, and come morning I didn’t bother to wake her up when her alarm started to go.

She usually only gets up when someone physically shakes her, but I let her turn off her alarm and she slipped back into sleep and I turned around and went back to sleep too.

When she woke up she was yelling at me saying I’m an asshole and I’ve cost her her exam and I’m a piece of shit for what I did.

What can we say but yikes? A yikes that is repeated in chorus by just about every user who came upon this particular thread. Here’s a summation of some of the thoughts of the ladies and gentlemen of the digital jury:

1. We start with some red flag jokes. 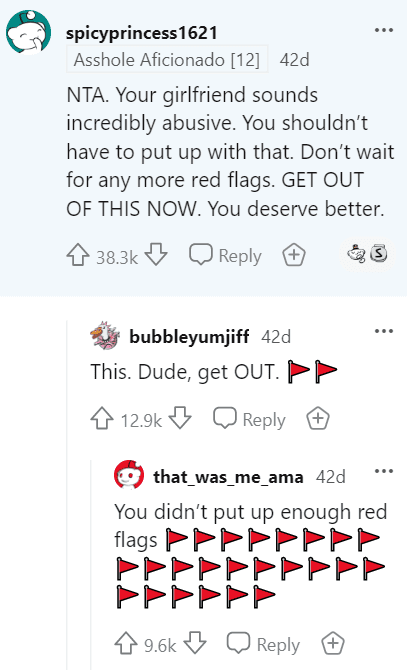 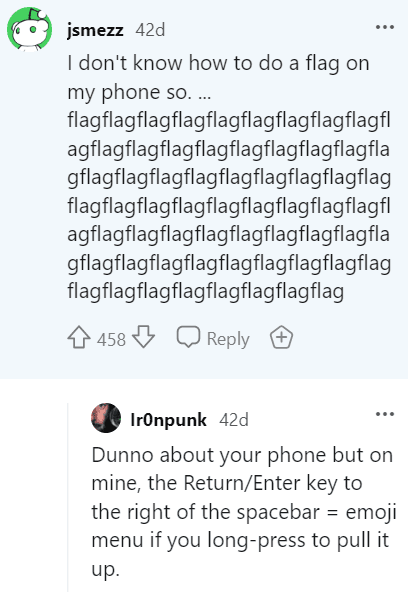 3. To some, OP was very clearly NOT in the wrong. 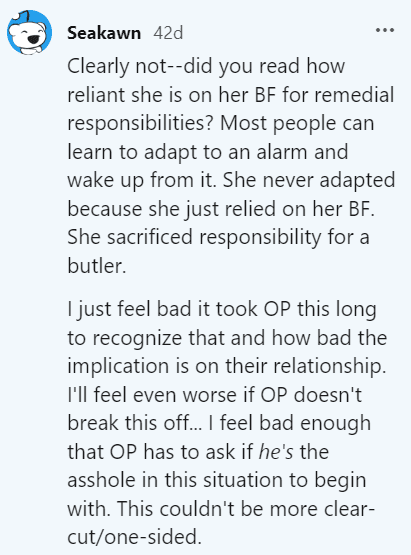 4. Though there was a discussion on whether and how he should have stood up for himself. 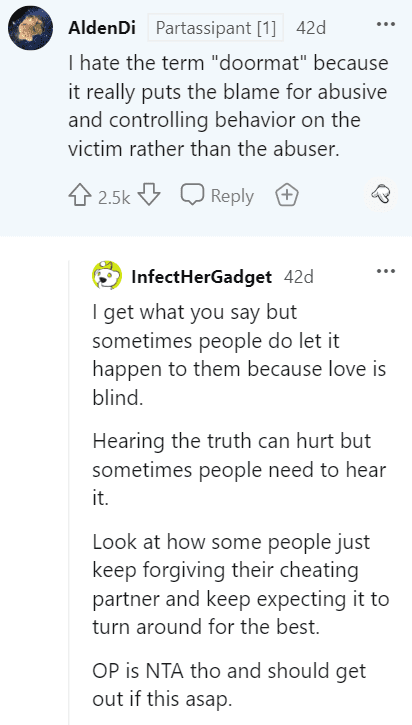 5. Probably the best “revenge” advice came from this user… 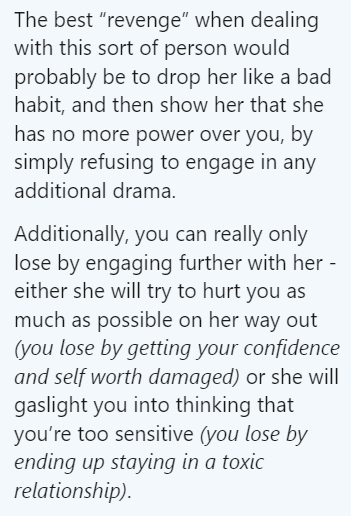 6. In general, most agreed a breakup was probably overdue. 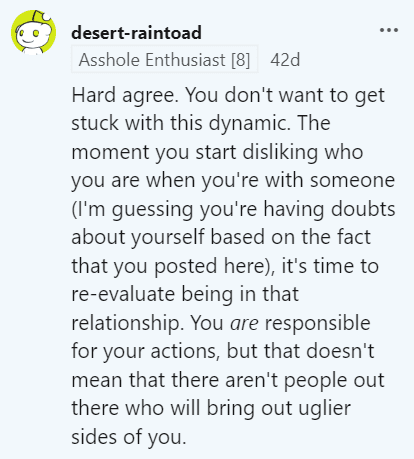 7. A few folks had other revenge suggestions. This is Reddit, after all. 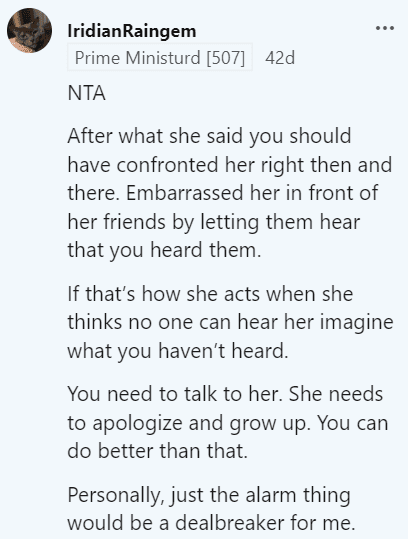 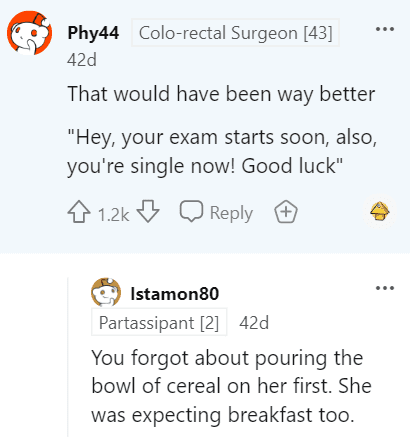 9. Surprisingly, a few “everyone sucks here” opinions started to form. 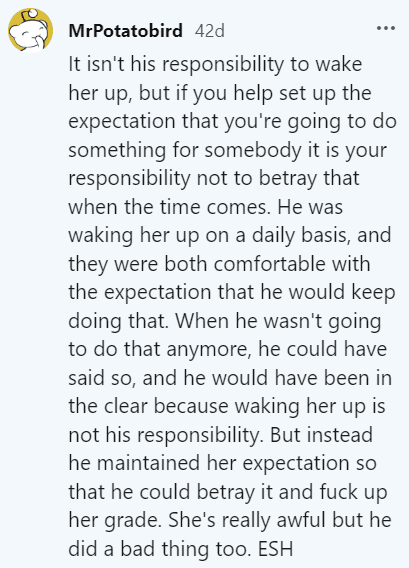 10. He’s the lesser of two evils, but still kinda evil? 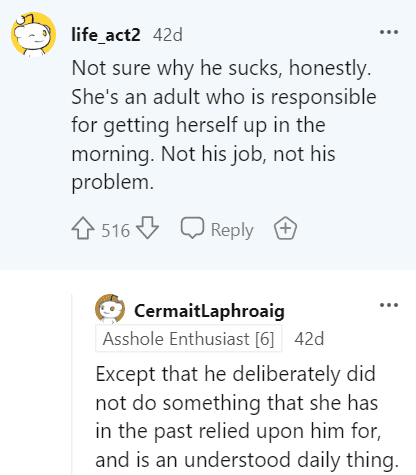 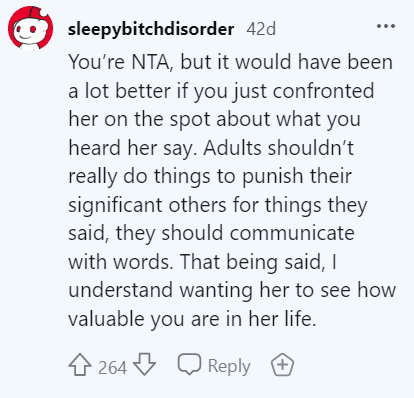 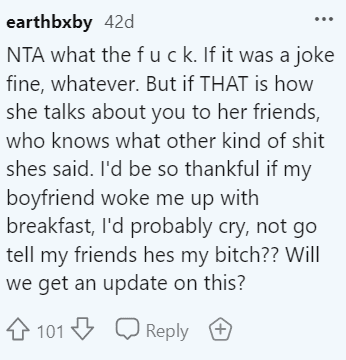 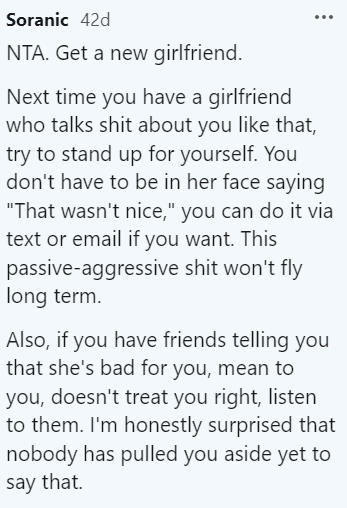 14. This kind of behavior comes from a desire for control. 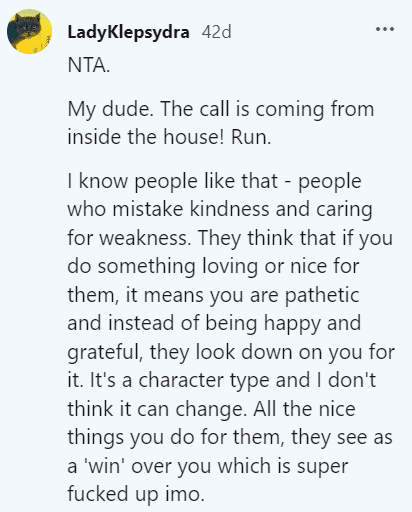 15. Honestly, best of luck to her finding anyone who will put up with this. 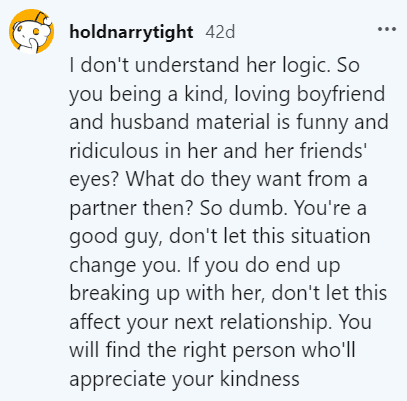 So, what became of all this? Well, an official consensus formed that OP was “Not the Asshole,” and in an edit to the original post he confirmed “I think we’re breaking up. I told her this morning after she called me a ‘bitch’ for being upset re being called a bitch, lol, but she says she’s not done with me. I’m just trying to get through today’s shift and then deal with stuff later. I’ll try and get back as I can.”

Unfortunately, that was the last update, so we can only wonder how things worked out. Personally, I hope he got the hell out of there, and that she learned that that kind of crap can and will drive people away.

But what’s your opinion on all this? Tell us in the comments.