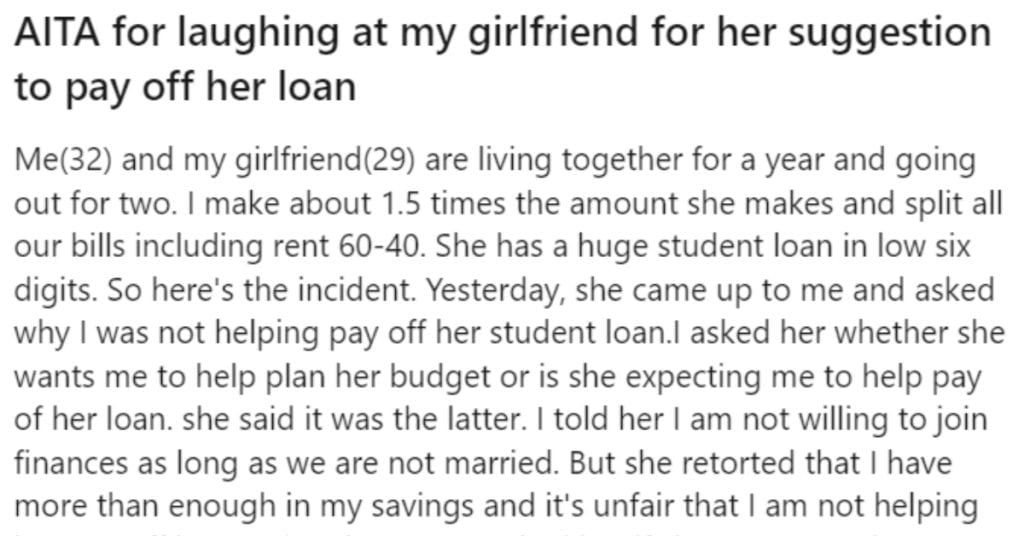 Man Asks if He Was Wrong to Laugh at His Girlfriend When She Asked for $100,000+

Specifically when one or more of the people in said relationship really super duper need money for something they don’t have.

Enter an anonymous Reddit user with a cash conundrum. He created a “throwaway” account on r/AmITheA**hole to lay out his case:

AITA for laughing at my girlfriend for her suggestion to pay off her loan
Not the A-hole
Throwaway for obvious reasons.

Me(32) and my girlfriend(29) are living together for a year and going out for two. I make about 1.5 times the amount she makes and split all our bills including rent 60-40. She has a huge student loan in low six digits. So here’s the incident. Yesterday, she came up to me and asked why I was not helping pay off her student loan. I asked her whether she wants me to help plan her budget or is she expecting me to help pay of her loan. she said it was the latter. I told her I am not willing to join finances as long as we are not married.

But she retorted that I have more than enough in my savings and it’s unfair that I am not helping her pay off her student loan. So, I asked her if she was expecting me to take my savings and completely pay off her loan. She nodded and I started laughing uncontrollably.

She got upset and has informed most of her friends and they have been calling me an asshole as I am not helping her. I would have been fine if she had asked if she could reduce her share of the bills, but for her to suggest this I don’t know how else to react. She has been giving me the silent treatment since.

An important thing to make sure you didn’t skim over here is that we are not talking about a moderate amount of student debt.

As in, a hundred thousand dollars or more. So, what’s to be done here? Who is, in fact, the asshole? Reddit chimed in.

The main consensus was that OP was definitely not in the wrong. 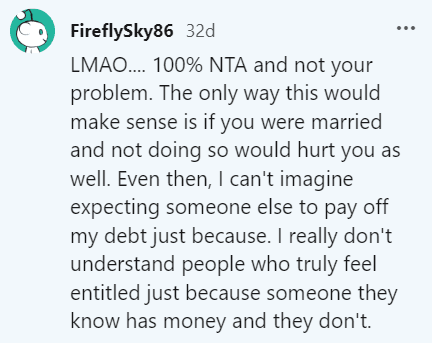 Most agreed that marriage status is a huge factor in tangling up finances. 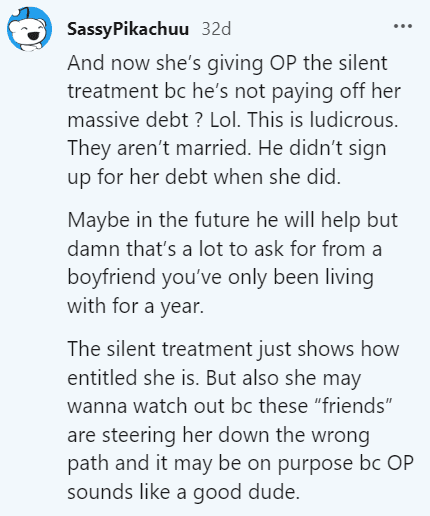 Tales of those who would use and then dump started appearing. 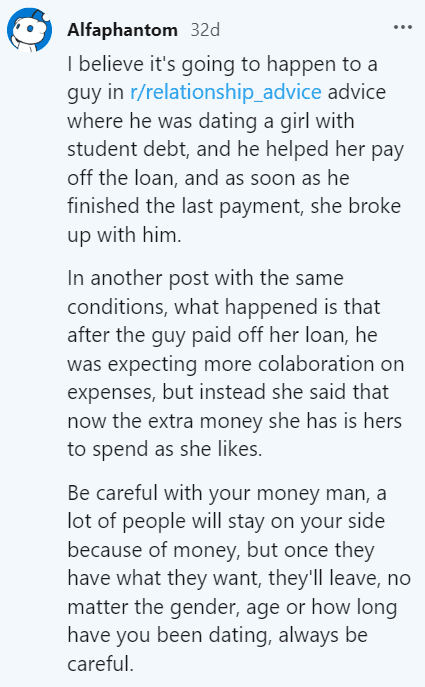 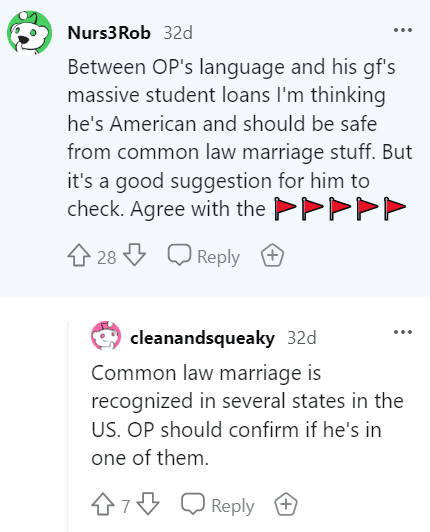 This level of debt is ANYTHING but short term. 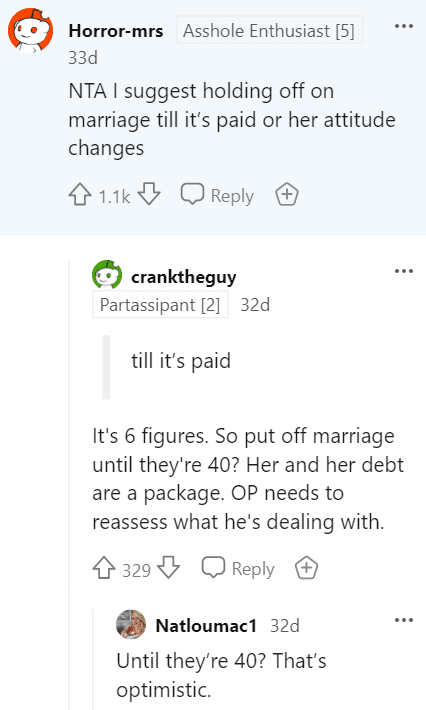 Many questioned why her friends were even involved. 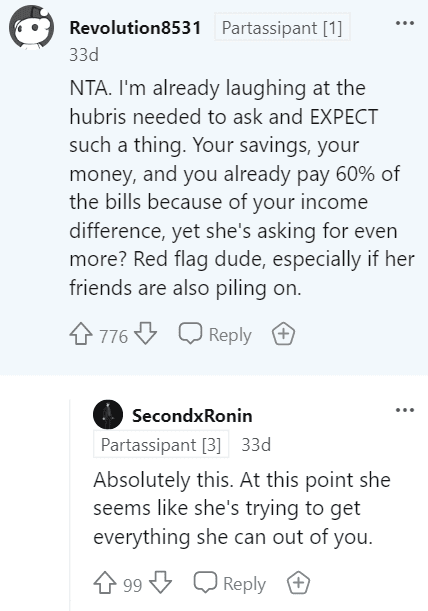 “Red flag, get out” was a popular sentiment. 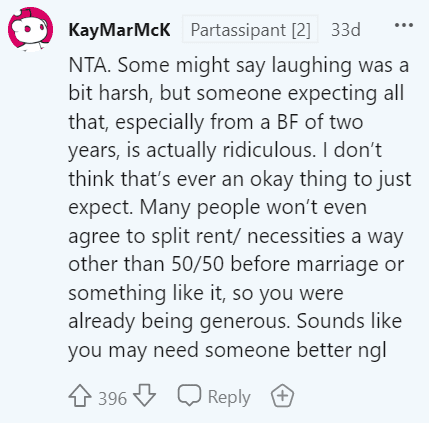 Though some still took him to task for reacting the way he did. 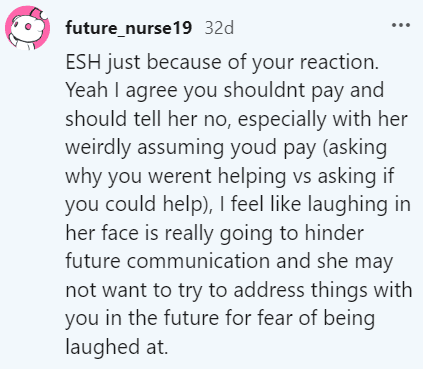 Was the laughter justified? 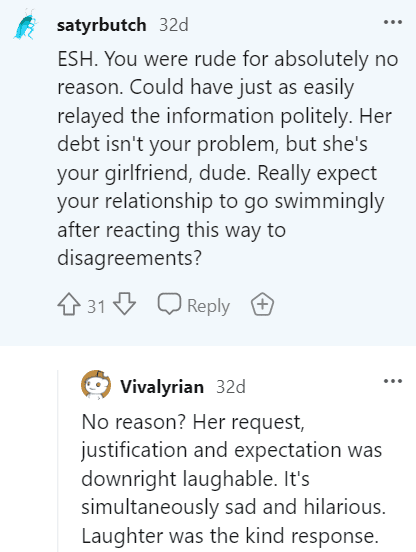 They clearly have VERY different outlooks on the world. 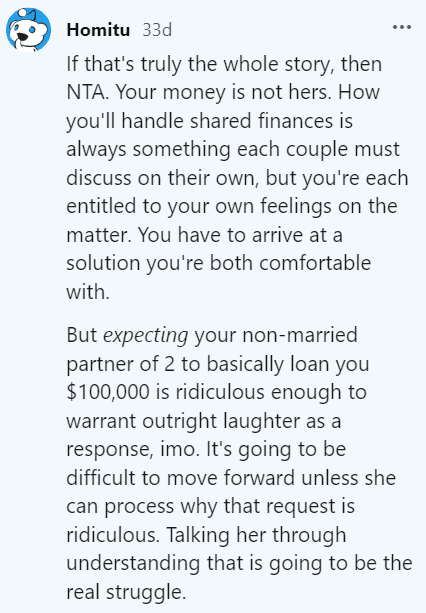 Some debt-shaming came up… 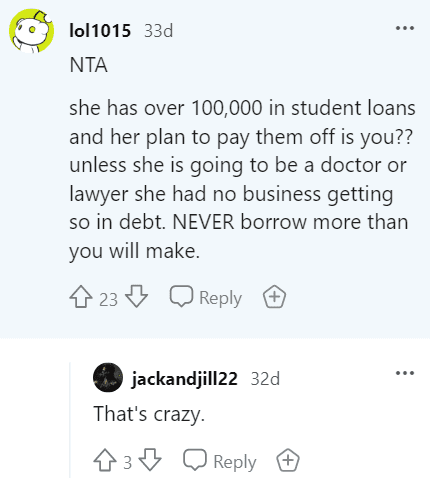 When you put it in list form, it’s really pretty startling. 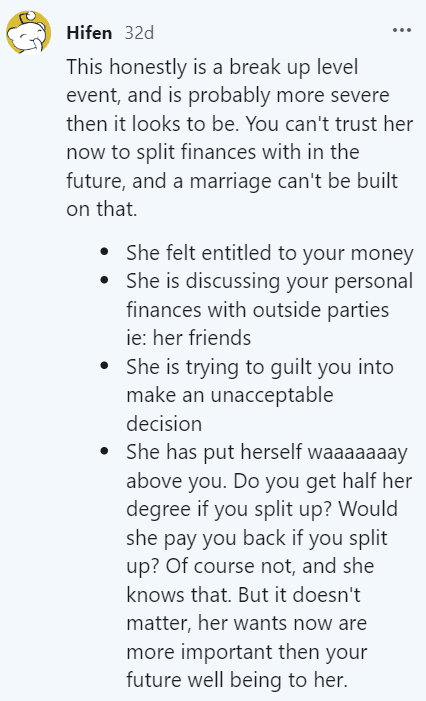 Is it really always this simple? 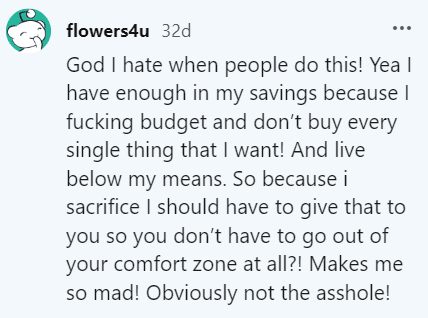 The subreddit’s most popular emoji made quite a few appearances. 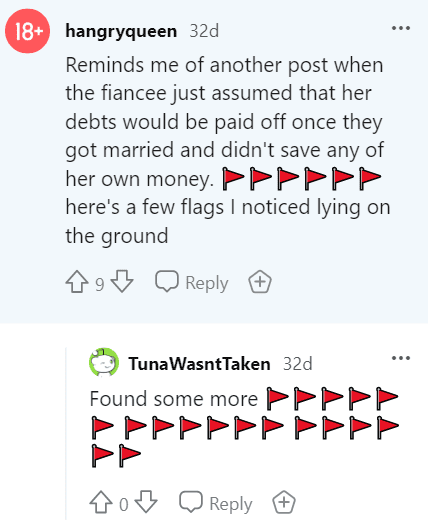 This does sort of read like the attitude of someone a lot younger than 29. 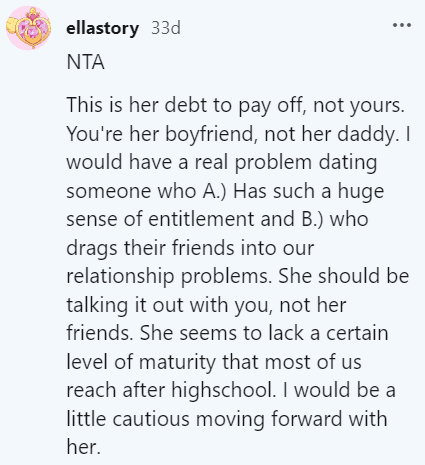 It’s a pretty yikes situation all around. Sadly, you have to wonder if they’ll even be able to reasonably move forward with a relationship if their views on what is reasonable are that far apart. Be careful with your money, kids. And be careful with your hearts.

But what do you think about all this?