Between her beloved role as Dory in the Finding Nemo series and her extremely popular talk show, Ellen DeGeneres has turned herself into a household name. The Ellen Show is broadcast in multiple countries around the world and fans tune in every afternoon to see her dance with the audience and surprise her guests in fun ways, like giving celebrities a little scare or giving regular folks the chance to meet their favorite celeb.

11-year old Luke Chacko is a huge @IdinaMenzel fan… which is why this was the surprise of his life. pic.twitter.com/3ohdEDuGwM

It’s become a major theme on her show…

Nothing makes me happier than finding incredible people like Helen and Emerald, and giving them the surprise of their lives. pic.twitter.com/25VGeAegyj

Jeannie thought this surprise had gone all wrong. It turns out Jeannie was the one being surprised. @iamjeanniek

The Ellen Show has only gotten more popular since Oprah stopped her show, in many ways using the same formula of unexpected acts of kindness as Oprah did to gain a mass following.

It makes for great TV, but it also makes for some pretty great jokes: 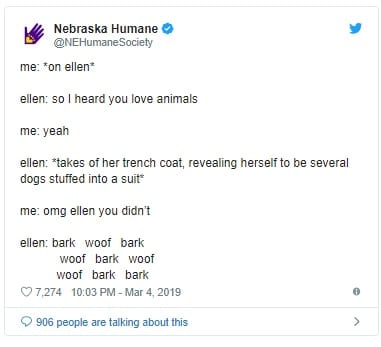 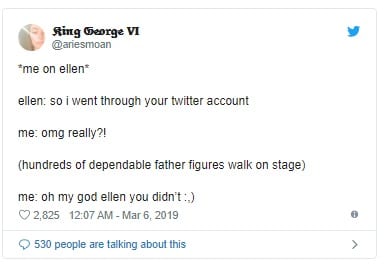 Yes, it wasn’t long before “Me on Ellen” became a meme of its own, with plenty of people offering their own spin on it. 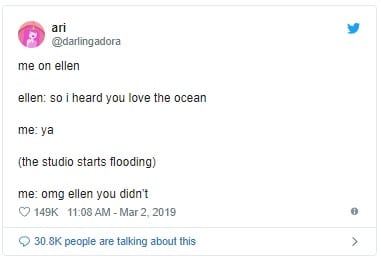 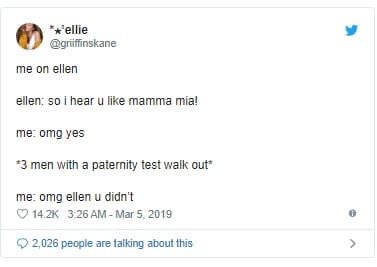 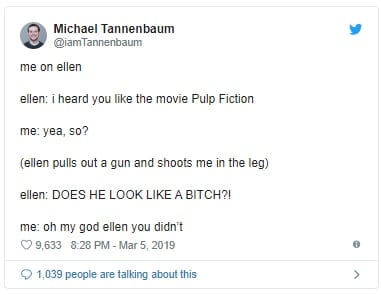 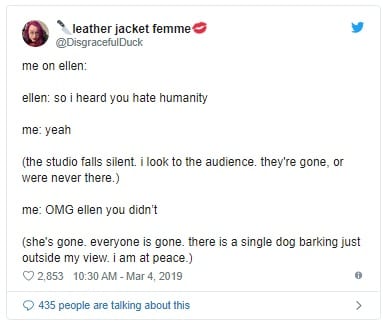 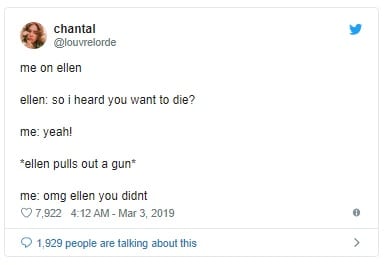 Then, as is always the case online, things got downright weird. 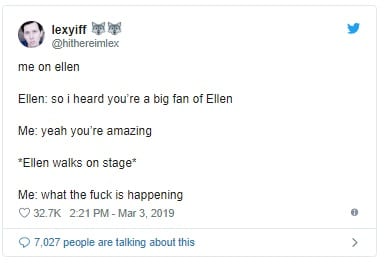 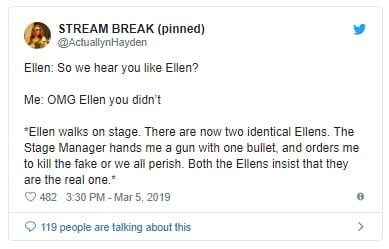 First all the surprises for her guests, and now memes: truly, Ellen really is the gift that keeps on giving.