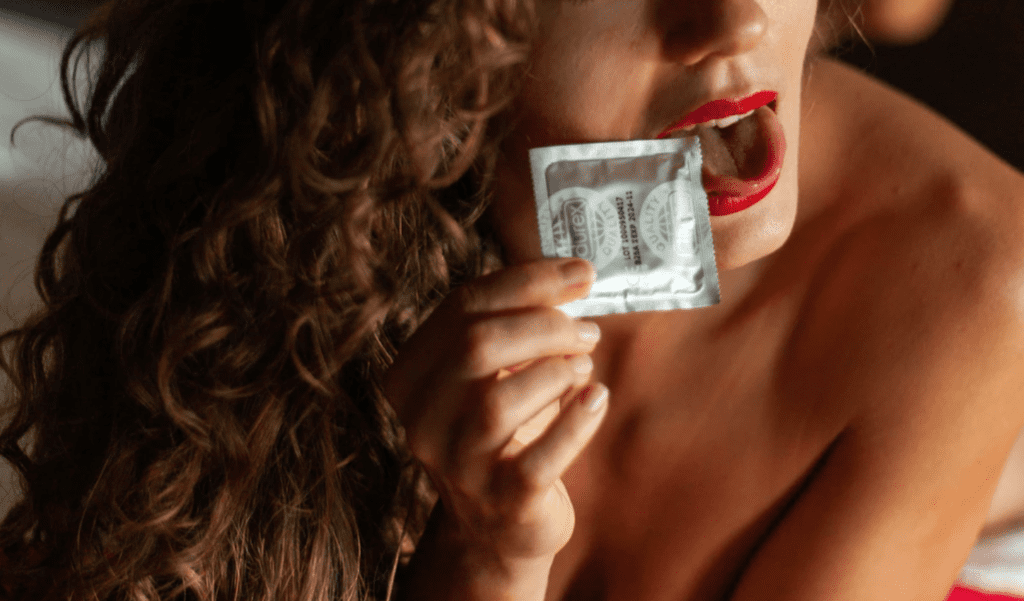 Do you remember the first time you had s*x?

It was probably weird, uncomfortable, and maybe even a little bit scary, right?

And it usually turns out to have some surprises thrown in for good measure.

Make that A LOT of surprises,

AskReddit users talked about what surprised them the first time they had s*x.

“That I was not pregnant as my public school s*x ed had implied I would be.”

“The girl’s mother trying to barge in.

They door was blocked by a dresser and her gaze beamed into the room like the the eye of Sauron.”

“That it wasn’t some life-changing event.

I didn’t feel any different afterwards, except kinda proud for a day or two.”

“Foreplay was awesome, everything was exciting even if the dude was bad at it, being touched in any way was so stimulating because it never happened.

The actual act though… I didn’t feel anything…it like I didn’t have anything in there, it was disappointing.”

Simply put it is very difficult for me to have an orgasm during s*x. Aka I just kind of keep going at it for a long time.

You would think that would be a good thing. Women complain about men not lasting long enough, etc.

Instead my first partner (an older and more experienced girl) literally stormed out of my dorm room in a fit of rage because I clearly “wasn’t interested in her and definitely not a virgin”.

Both of which I was until then.”

“She came, vigorously and loudly.

Needless to say, I had little to do with it, but that was a physical reaction I had never witnessed, and couldn’t explain at the moment.”

“Well, I waited 19 years to get nailed in the back of some dudes car next to his piles of dirty laundry. It felt like nothing, absolutely no pleasure for me.

But I did discover that I am VERY allergic to latex. That was a big surprise.”

“It didn’t hurt like I’d expected. I was a little sore, but it wasn’t the “oh god I’m dying” that’s so often portrayed in movies.

Also, how easy and relaxed it was. I have generalized anxiety so pretty much everything is stressful to some degree, but giving up my virginity was very comfortable.”

“Where the vagina hole is it was a lot lower down than I expected.

I can remember foreplay with my ex (this was years ago when I was a teen) the night before and I was like rubbing her groin kind of area where a dudes dick would be with my hands thinking it would be turning her on.

“My girlfriend fell asleep while I was losing my virginity… so yeah… definitely a surprise.

We were both quite drunk. Obviously, I stopped when I saw her her eyes were closing and she just wanted to go to bed.

She actually made it up to me afterwards and our s*x life was pretty damn hot for as long. No I did not marry her. Boohoo.”

“It was a loooong time ago, but I remember it as being not nearly as big a thing as I’d always imagined it would be. It was with my first boyfriend. We liked each other, were comfortable with each other, had fooled around a lot, and had talked about s*x.

I did not feel pressured at all, I wanted to do it, I wasn’t nervous. It wasn’t bad, it didn’t hurt, it wasn’t traumatic, it wasn’t particularly pleasurable or exciting either. Afterwards, we went for lunch.

I didn’t feel at all different, nor did I feel differently towards him.”

“I expected it to be a complex tango of delights, where two people express their desires in a beautiful exchange of finely calculated touches.

In fact, s*x is fleshy, sweaty, hairy and easy.”

My life continued on pleasantly even though I’d had premarital s*x, yay!”

“Prior to what I was led to believe, losing your virginity in a Firebird listening to hair metal wasn’t as awesome as people said.”

“That I didn’t actually want to do it with guys anymore.

That my desire for dudes had been rooted in a curiosity about what s*x would feel like, and once that curiosity was sated, latent lesbianism was like, “So, funny story…”.”

“How absolutely, mind-blowingly, anticlimactic it was…..and not in the “she didn’t get hers” way….but honestly the way its depicted in movies and the way people talk about it, I thought my life would change…..it didn’t….

We literally just cleaned up and went about our day…..no fireworks, no deeper bond between us, nothing more than the feeling of having done the deed.”

If you’re comfortable with it, please tell us what surprised you about s*x after your first time.

Talk to us about it in the comments!