As a kid, when looking forward to the future, one thing I definitely did not anticipate was that there would be a rise in people claiming, and arguing quite vociferously, that the world was flat. The flat Earther movement is truly a fascinating case study in conspiratorial thinking and how not to do science. People angrily posting rants about ice walls from cell phones equipped with GPS that literally would not work if the Earth was flat is quite a sight to behold, but maybe I should have seen it coming.

Despite the fact that the world’s true shape has in fact been general knowledge for thousands of years, maybe our most influential writers and artists have been influencing our minds with their subversive messages.

Maybe J.R.R. Tolkien HIMSELF was a flat Earther!

Consider this compelling evidence dug up by Tumblr users. It begins: 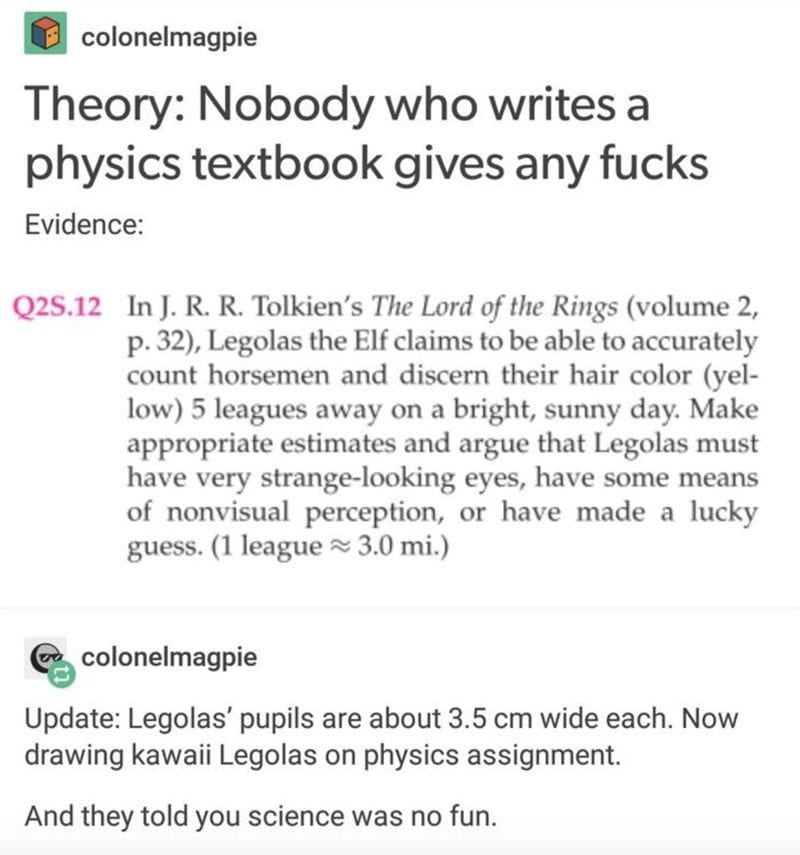 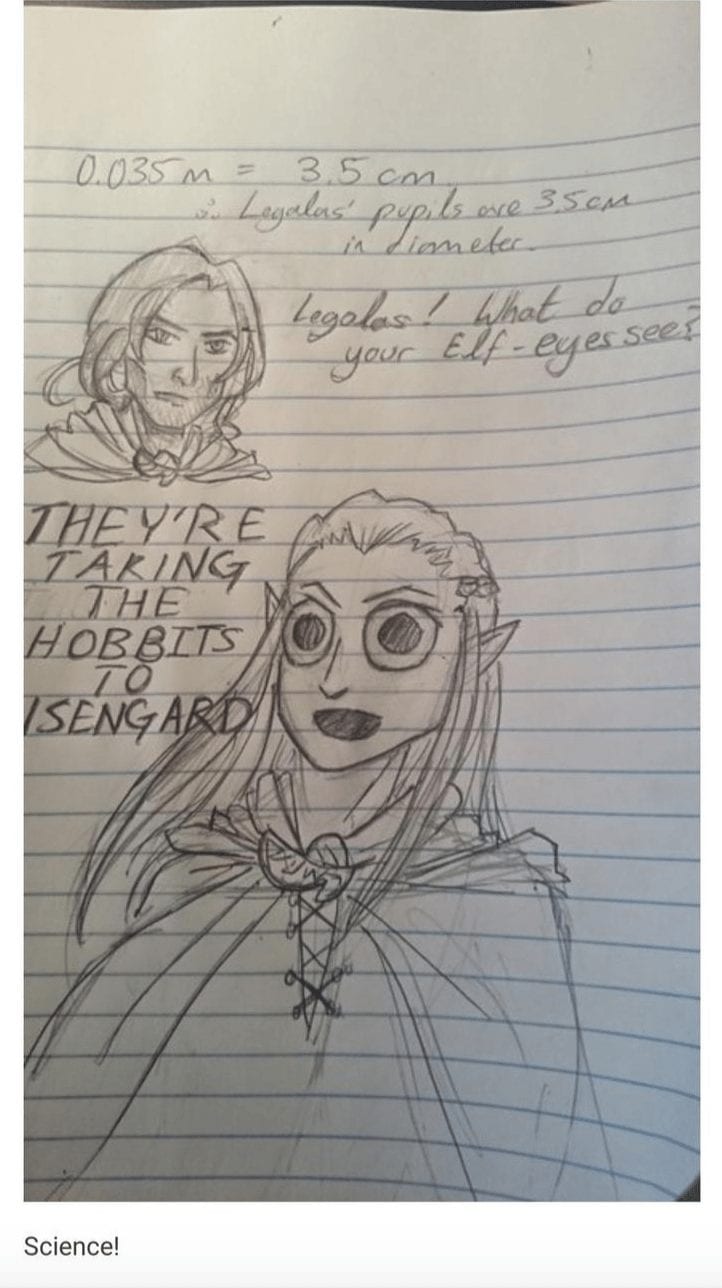 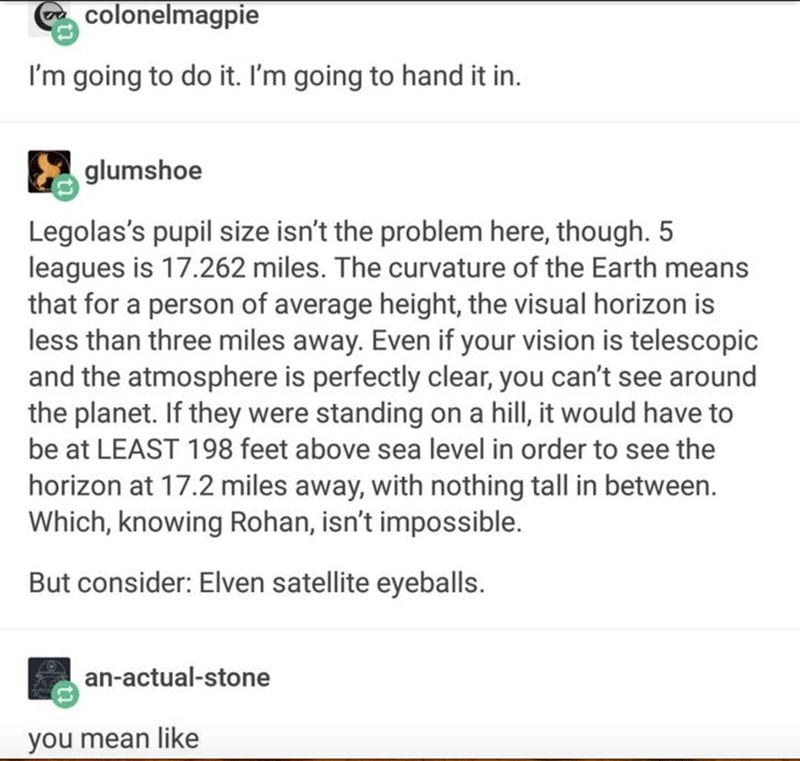 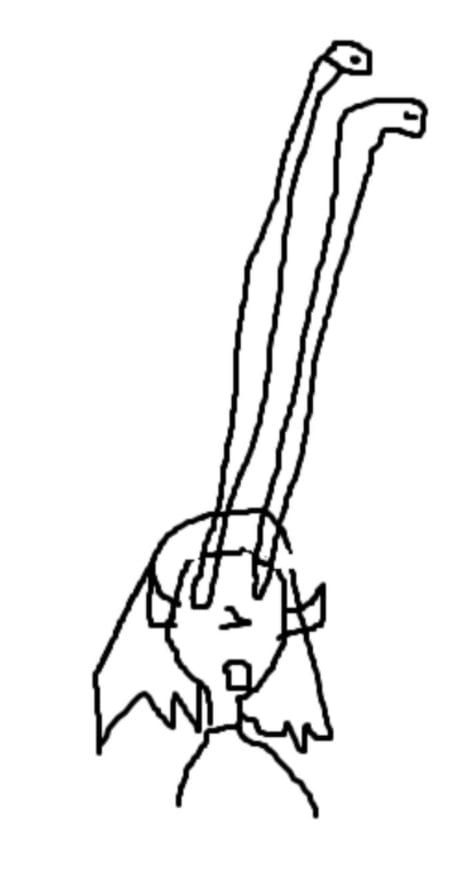 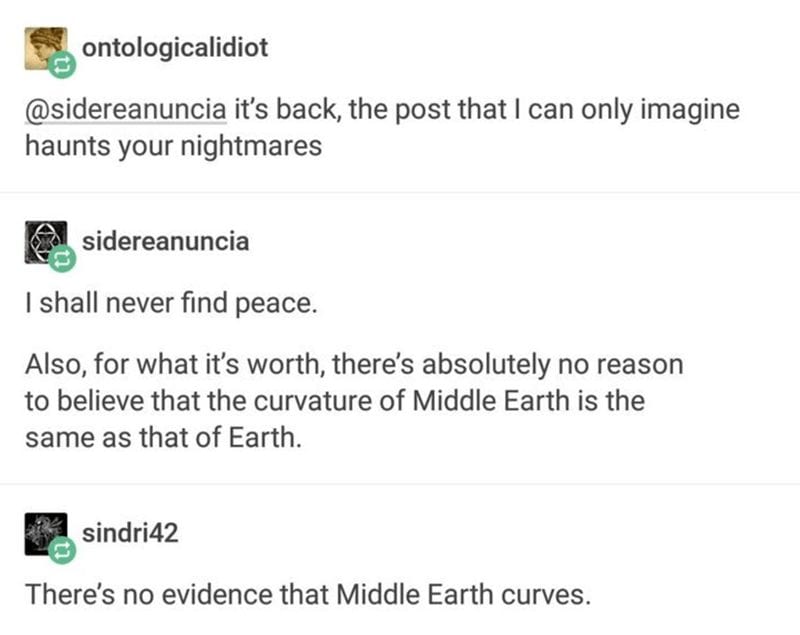 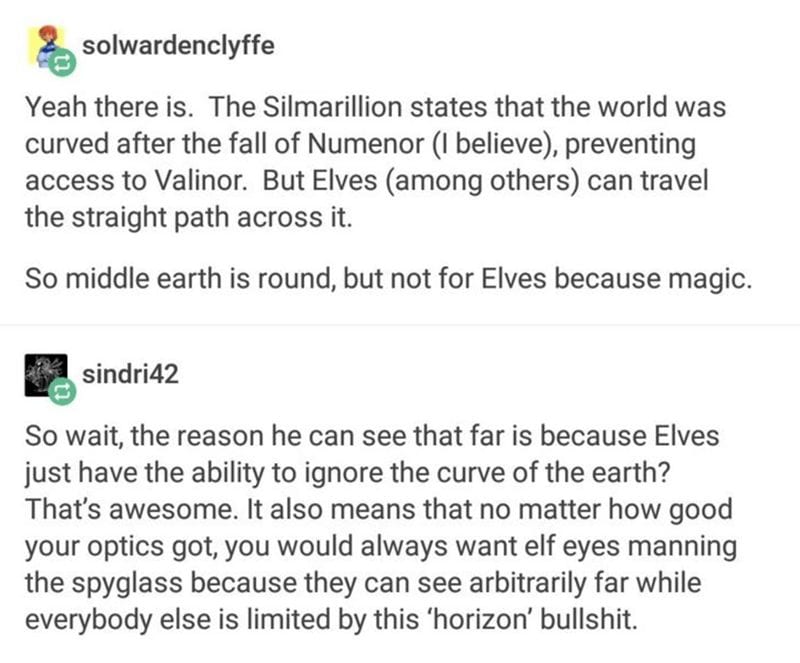 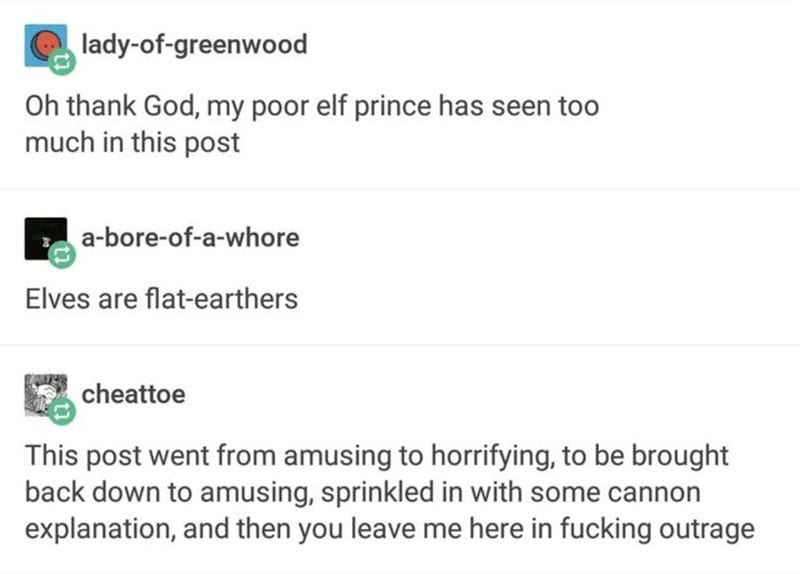 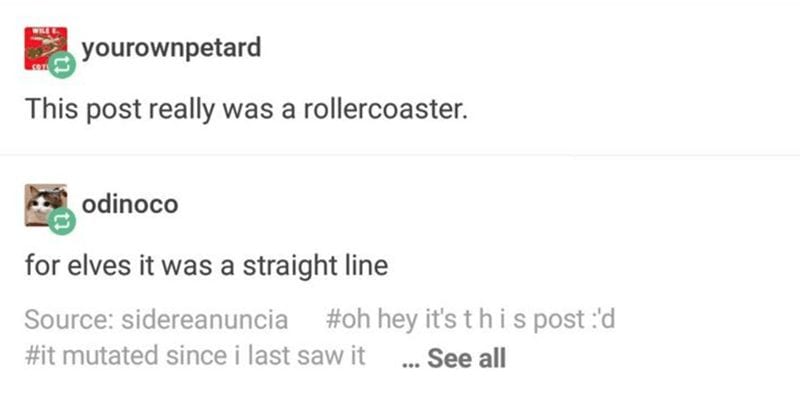 Honestly, I don’t know what to believe anymore. If all of the details of a hugely complex and vast fictional world involving magic don’t perfectly align on the level of physics, then who’s to even SAY what’s real and what’s not? Thank you, nerds. Thank you for opening my eyes to a brave new world of nonsense.

What do you think of this research? Did they miss anything?