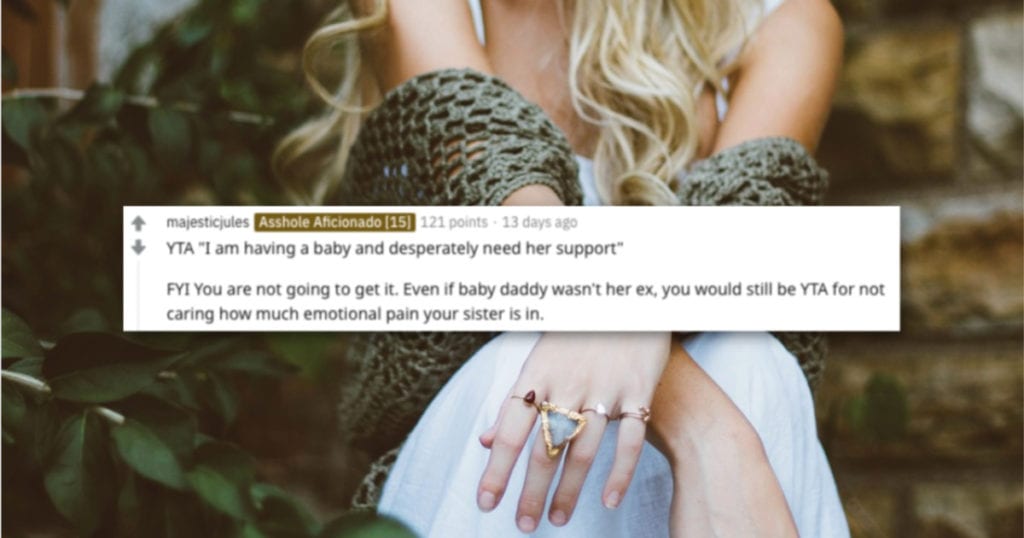 Honestly, guys, hold on, because the headline is only part of the story (and I’m not sure it’s the worst part, to be honest).

The subreddit Am I The A**hole has grown in popularity over the past several years, and is a home for every potential j^rkout there wanting to know if they done a friend or family member wrong.

In this case, I give you a woman who started casually dating her sister’s ex-fiancee, proceeded to get knocked up, and wants her infertile sister to host the shower.

The sister, for some context, had to go on antidepressants after finding out she would likely never have children, and it’s unclear whether the news precipitated the breakup.

Yikes. That’s a lot to unpack.

There’s pretty much nothing redeemable about her entire story, and when her sister told her to go to hell… I just about cheered.

Guess who else did?

The entire damn internet! That’s who!

Many people on the thread suspect the post is F*ke. 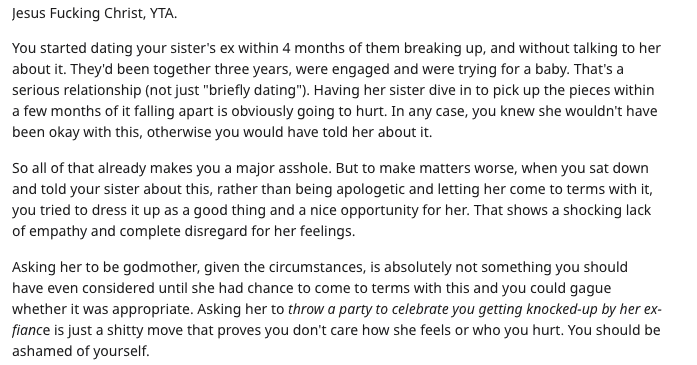 Everyone, though – EVERYONE – thinks she’s the a**hole.

I mean, you think she’s the as$hole too, right?

But hey… if you don’t, please elaborate in the comments. I want to understand. I really do.

Because this woman is about to have one heck of a hard few years, and she’s got nobody to blame for that but herself.