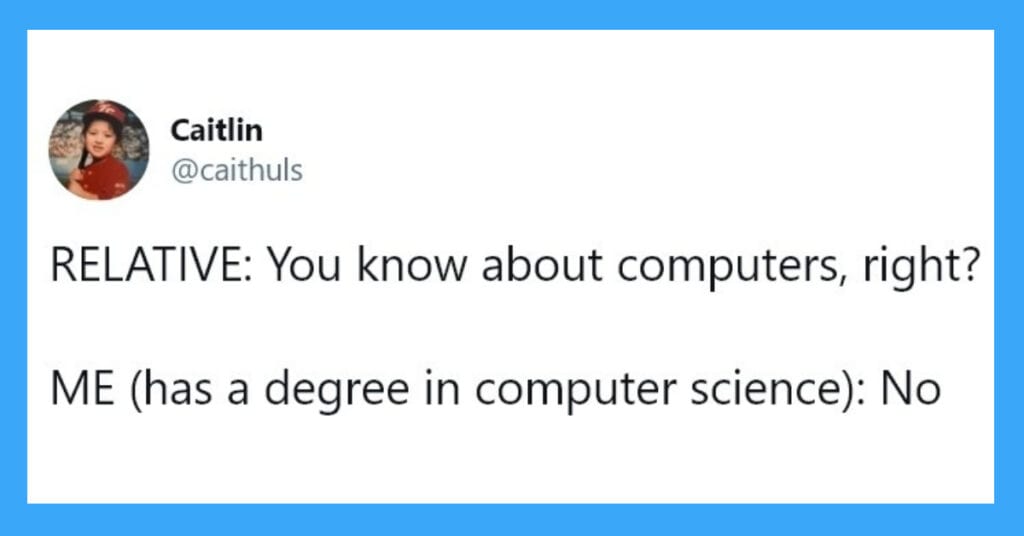 10 Absolutely Top-Shelf Tweets We Found for You

If you’re looking for tweets, look no further. We’ve got ’em. And not just any garden variety, run of the mill tweets, either. No, sir. No, ma’am. No way.

You won’t find these tweets lying around in gardens NOR mills. These are top shelf tweets. The kind that are behind the little pane of glass at the drugstore and you have to flag down an employee and ask them to take out their little key to open it up and they say “Actually I don’t have a key but I think Gary does, hold on a minute,” and then they disappear and you wait around for ten minutes for Gary to show up and then that first person wander back over and says “Can I help you with anything?” and you’re like “YES I STILL NEED TO UNLOCK THESE G*DD*MN TWEETS, PLEASE!”

…they’re those kinds of tweets.

I will definitely see you later, alligator.

this is bob and he was born without a tail
he was given thick cheeks instead pic.twitter.com/yGehGsgRP4

Soon there will be no crust left in this universe, for God has abandoned us.

the situation has worsened pic.twitter.com/lmK0ZQzYYw

Kid Rock is trending. Did he bathe?

Computer? Never heard of it.

RELATIVE: You know about computers, right?

ME (has a degree in computer science): No

That’s the world we can hope for.

Maybe someday the Capitol can enjoy the same level of security as a box of Sudafed.

Every time I walk into a mens' room and see piss all over everything I'm like "yeah, no one's doing shit about global warming, ever."

4. The truth comes out

A man of simple tastes.

After my dad died I brought his old computer to my apartment, the browser search history was just the word "pussy"

I see what you did there.

If you're happy and you know it… pic.twitter.com/gXVK7G1cji

That’s really how bad their microwaved wings are.

Glad we could get those out for ya. Do come back soon!