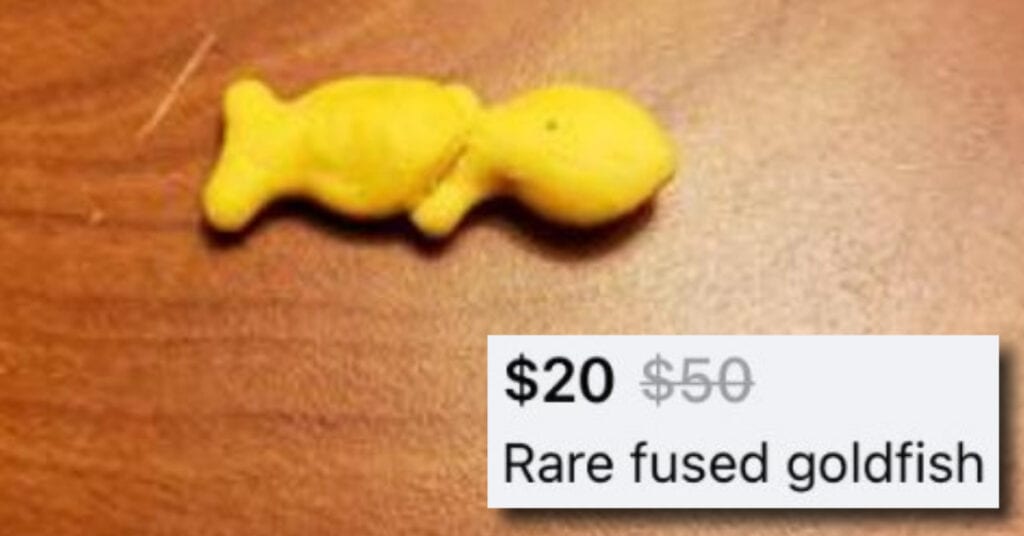 Recently I’ve gotten really into eBay. I don’t know how long this new hobby will last – probably until I run out of stuff around the house that I think anyone might actually want. But honestly, it’s a pretty cool tool for connecting people who own obscure stuff with people who happen to WANT that obscure stuff.

The problem with eBay, or any other online person to person marketplace, is that many people severely misjudge the extent to which anyone would want the stuff they have.

That’s how you end up with listings like these, which are so bizarre and unexpected that you find yourself questioning whether or not they’re even for real.

It’s a-me, an abomination before God!

I love but also come on from CrackheadCraigslist

“What would the most insufferable person in the world want to buy?”
“I’m way ahead of you, Mike.”

He EARNED that name. He had to WORK to be Garth and now he IS.

But not very far beyond.

Im sorry, little one. from CrackheadCraigslist

Are you just trolling the cops right now or what?

Bag of coke from CrackheadCraigslist

One Sexy Leg Lamp from CrackheadCraigslist

This will provide your family with minutes of non-rotten enjoyment.

$20 potato for collectors only! from CrackheadCraigslist

I think I’m gonna cop this from CrackheadCraigslist

…at the auctions?
I have so many questions and I want none of them answered.

The old wife hauler. from CrackheadCraigslist

Well that was hilarious and horrifying. Maybe you actually saw something there you wanted to buy. If so, you’re welcome, ya weirdo.

What’s the strangest thing you’ve ever seen for sale?