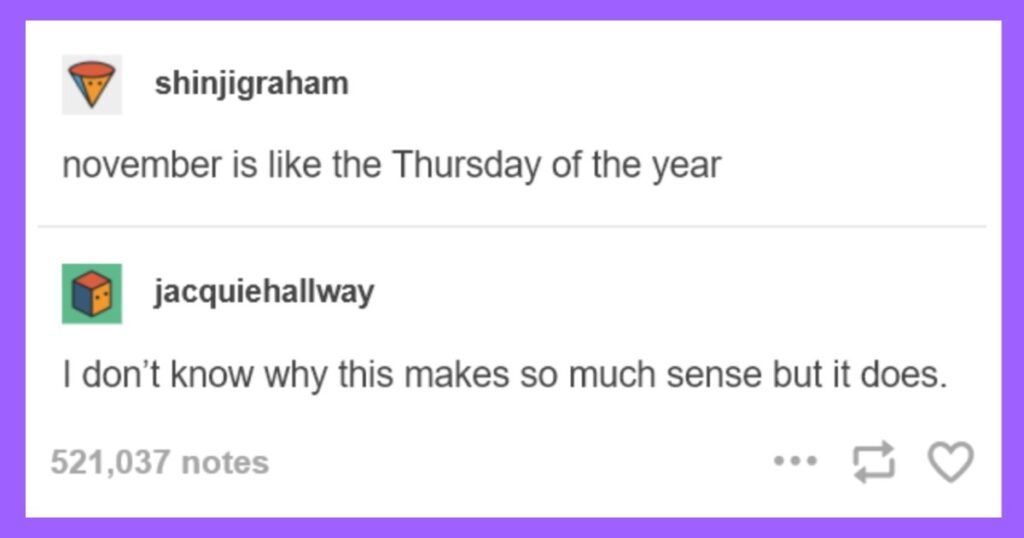 10 Posts That are Oddly Compelling and Hilarious

There are good reasons why writers, even successful ones, spend most of their work time not actually writing anything.

It’s a tough task to tackle. Not only are you attempting to write well – combining words in ways you hope will fascinate and entertain – but to write something with a shred of originality. And that’s no minor thing.

People have been writing for a very long time. Libraries upon libraries upon internets of verbal constructions form an intimidating wall far too large for any human to climb over in a lifetime. Surely whatever there is to say has been said already, in some form, by someone.

But then – glimmers of hope. Sometimes you’ll see a post expressing an assemblage of words so completely original that you remember it IS possible. You just have to keep looking.

I think that’s what owls do if I’m not mistaken.

Try using that to replace “the rocket’s red glare” in the national anthem, enjoy the looks you get.

I feel like I could get a beer with Joe Biden.

I feel like he'd stare at the beer and say, "Time to drink this glass's brown blood."

I feel like he'd pour the beer into his hair and say, "A mouth is what you make it."

I feel like he'd pay for the beer with the wettest dimes.

There’s always money in a new way to get high.

That was my nickname in high school, weirdly enough.

The sequel to Game of Thrones.

The most disturbing pokemon just got a lot more disturbing.

4. Thursday of the year

It sounds like the name of an award that absolutely nobody wants.

Hey kids, could you go outside maybe?

Egg is most important part of breakfast.

E. E. Cummings would be proud.

Now go forth, and write your own original sentences.

Put ’em in the comments.