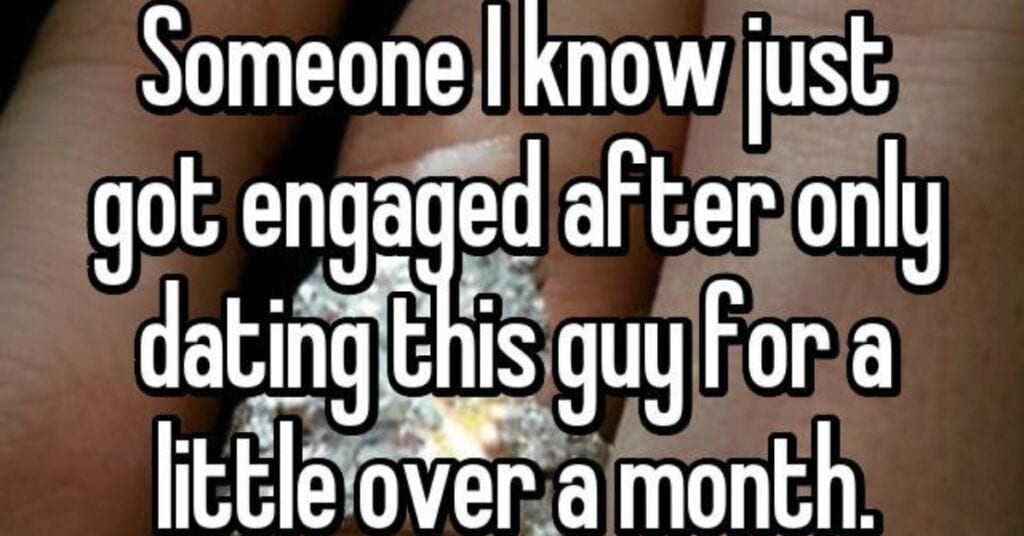 10 People Who Apparently Just Couldn’t Wait to Get Engaged

How does any human on this planet convince any other human to marry them, like, forever?

It’s a question that has stumped both scientist and me alike for decades.

And yet, some people not only decide to get married, but decide to do it, like, REALLY fast. Like so fast that maybe your friends get a little worried about you.

Take these anonymous contributors for example. Be sure to get all the way to the bottom to see the very shortest engagement, and decide for yourself how short is too short. Unhelpful time references included.

That’s the length of the celebrity marriage between Chad Michael Murray and Sophia Bush. 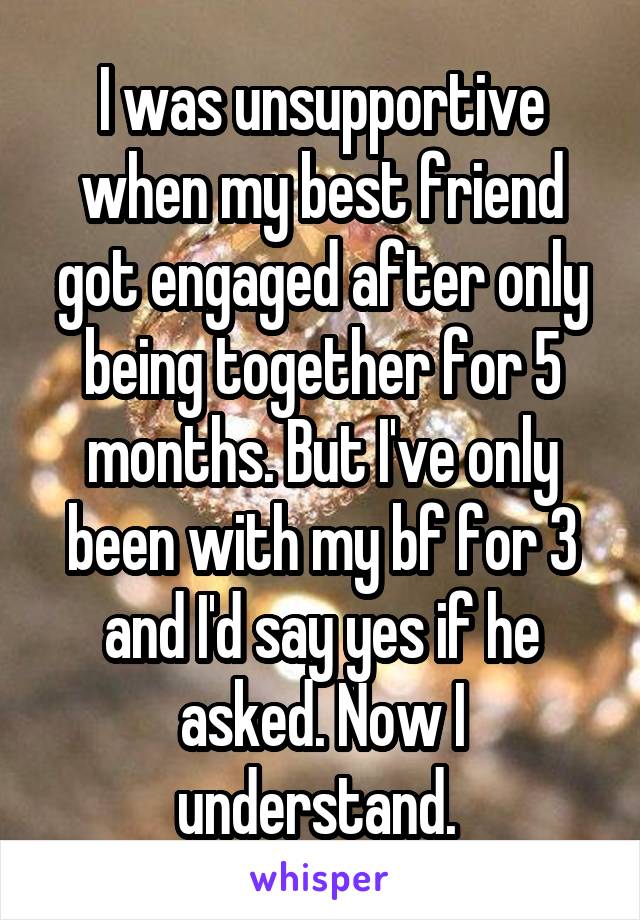 That’s about as long as the Spanish-American War lasted. 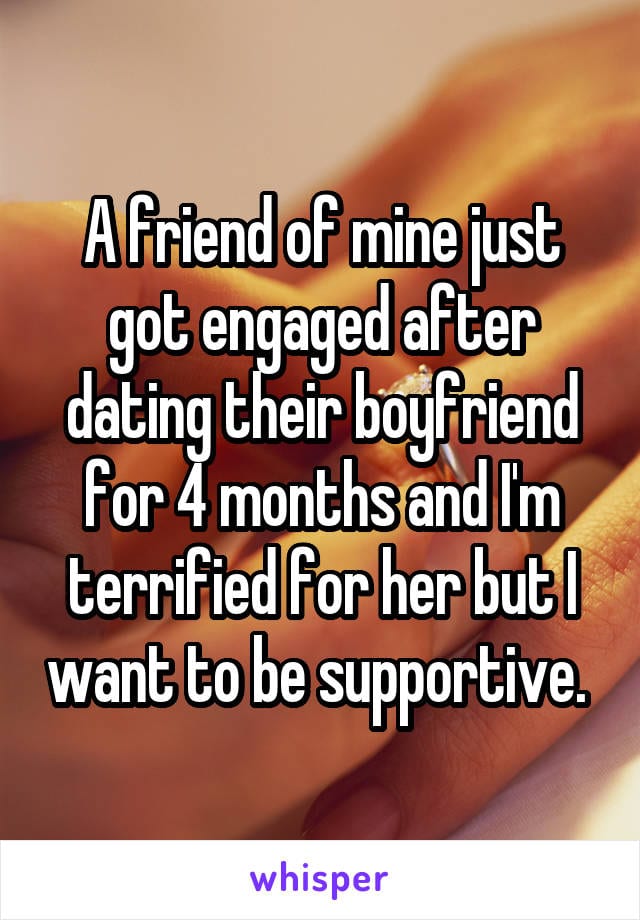 That’s about as long as Sputnik, the first spaceflight. 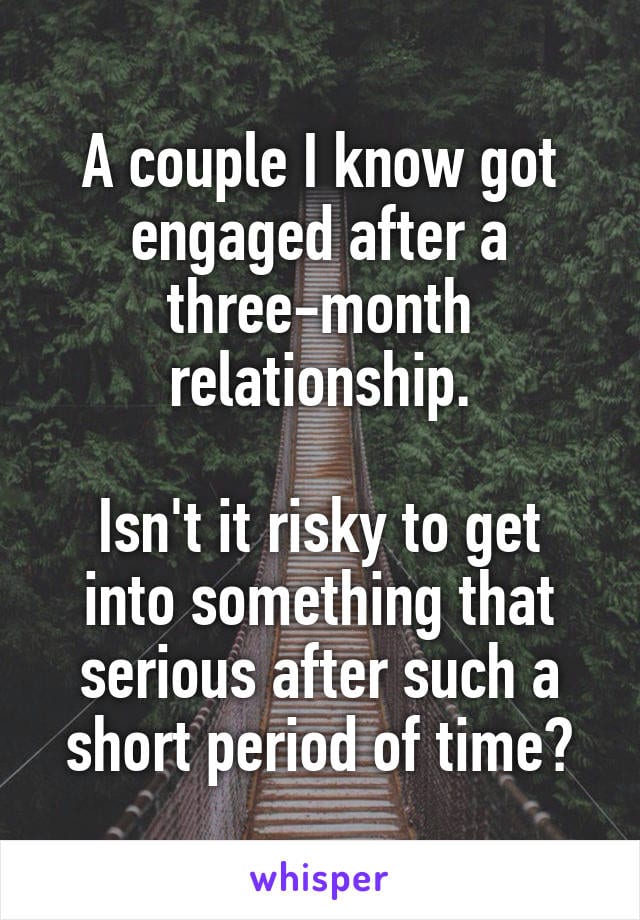 Roughly the time it took Columbus to sail to America. 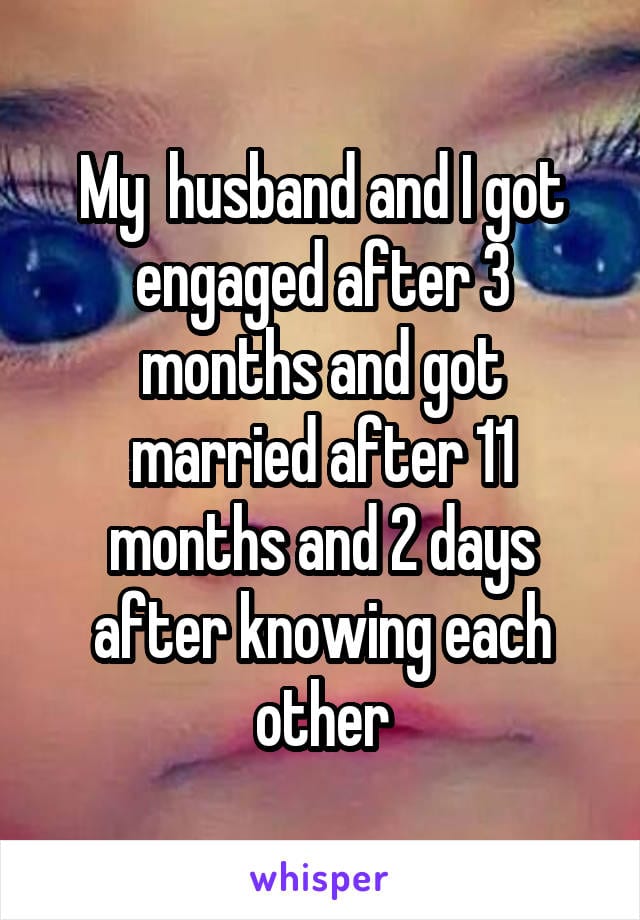 Some studies suggest this is actually about as long as most people need to really know if they want to stay with someone or not. 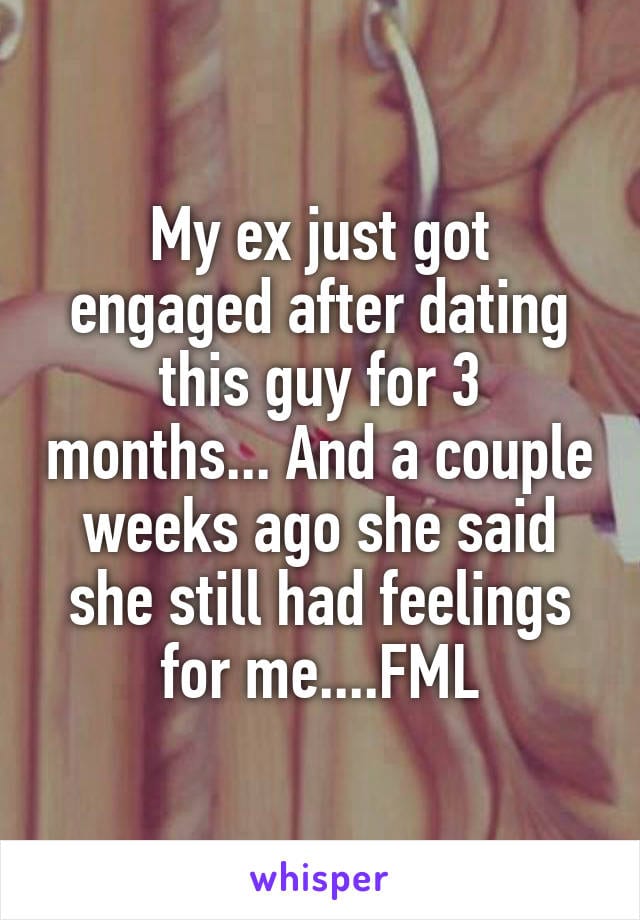 About the length of the Voyage of the Mayflower. 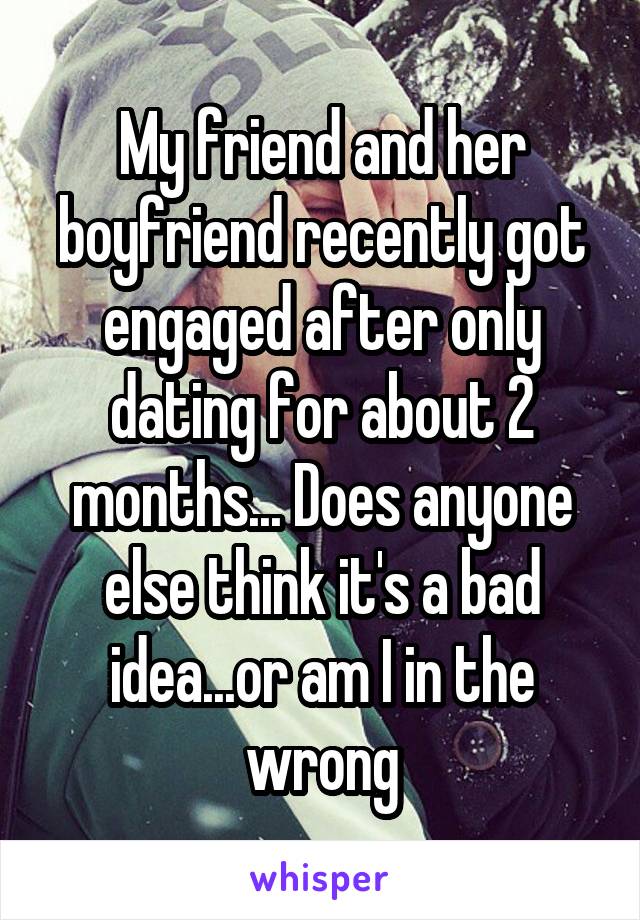 That’s about as long as the First US Continental Congress. 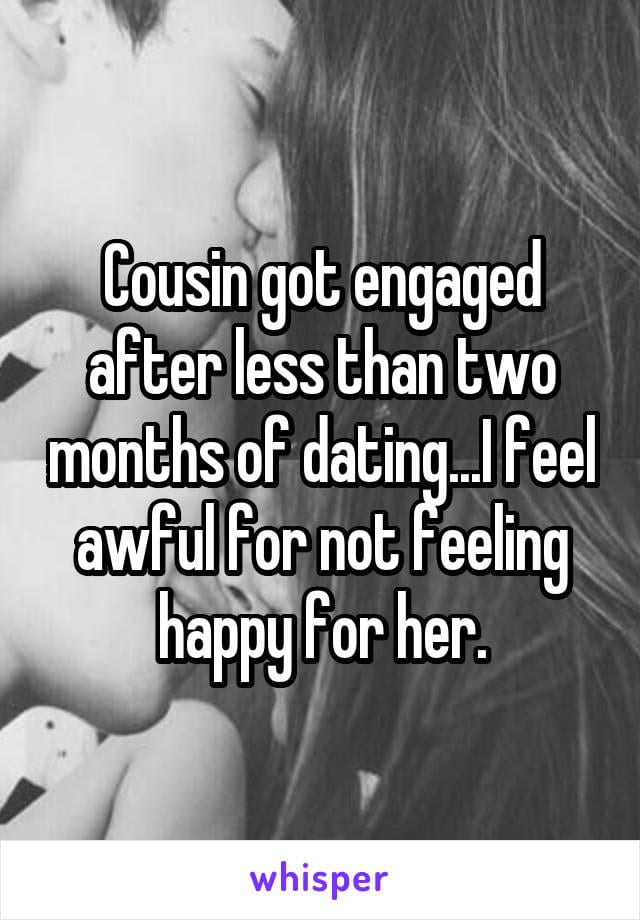 3. A little more than a month

About the amount of time it takes to process a US passport. 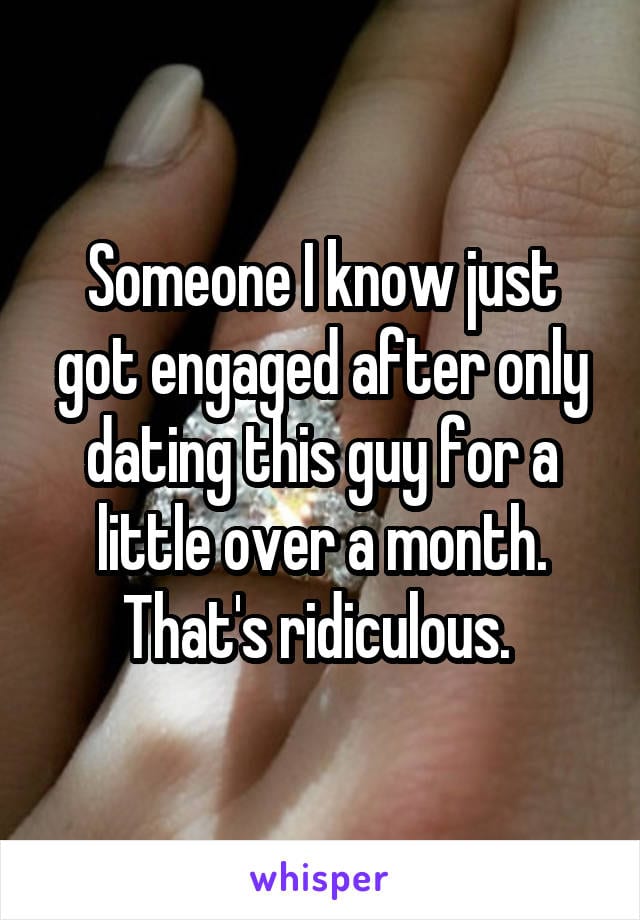 The time span of the shortest US Presidency (William Henry Harrison.) 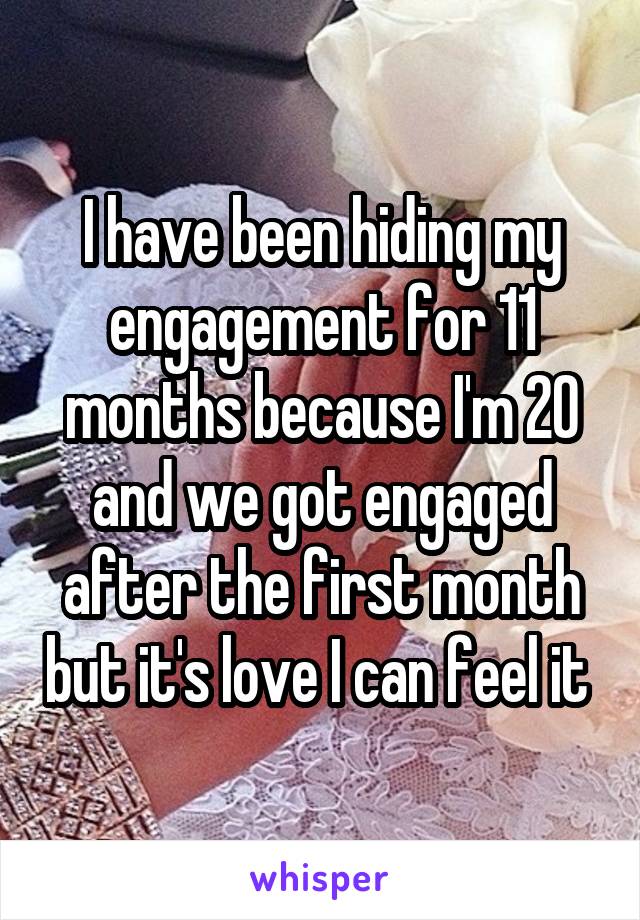 That’s only about twice as long as that ship was stuck in the Suez Canal. 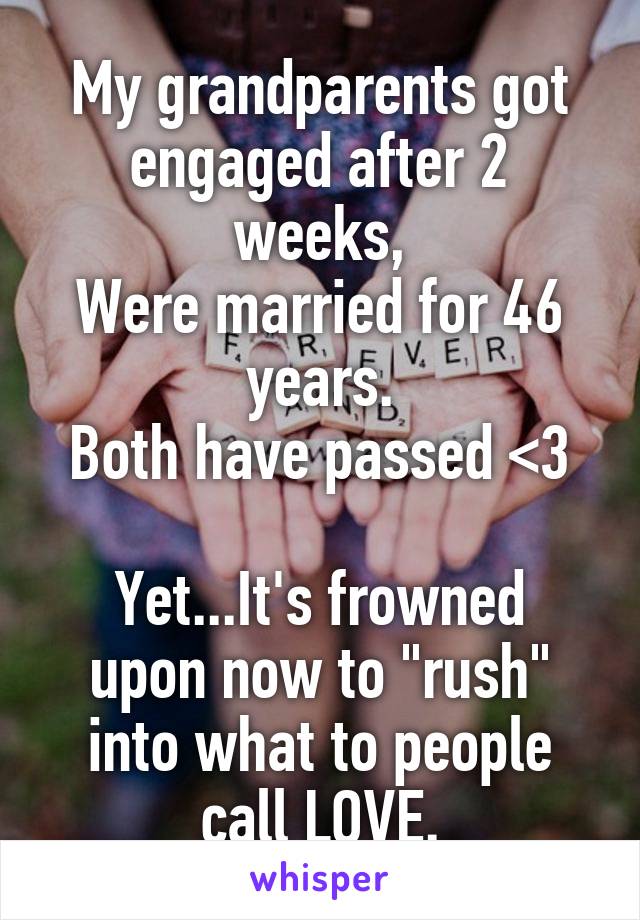 But what about you? What do you think is too short a time?

Give us your opinion in the comments.