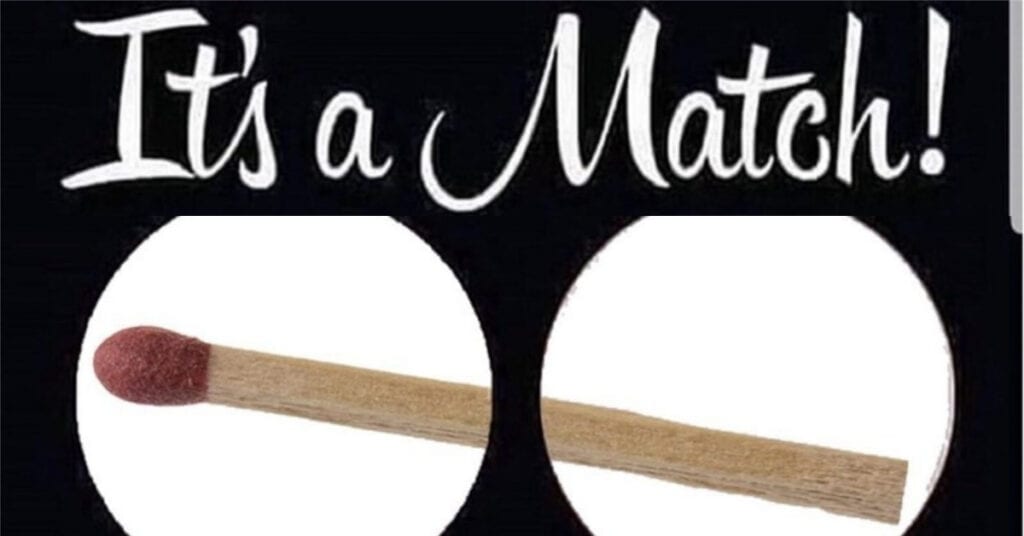 Are you a little tired of chasing people around in circles on Tinder? Well, you’re not alone.

I mean, I guess you probably ARE alone, and that’s why you’re spending so much time on Tinder, but the broader point I was trying to make is that there are many who commiserate with you. We get it. And in fact, we get it so much that we just gotta meme about it.

Here are some memes for the heartsick and the sick of sh*t.

I thought this only counted when it was what *I* wanted. 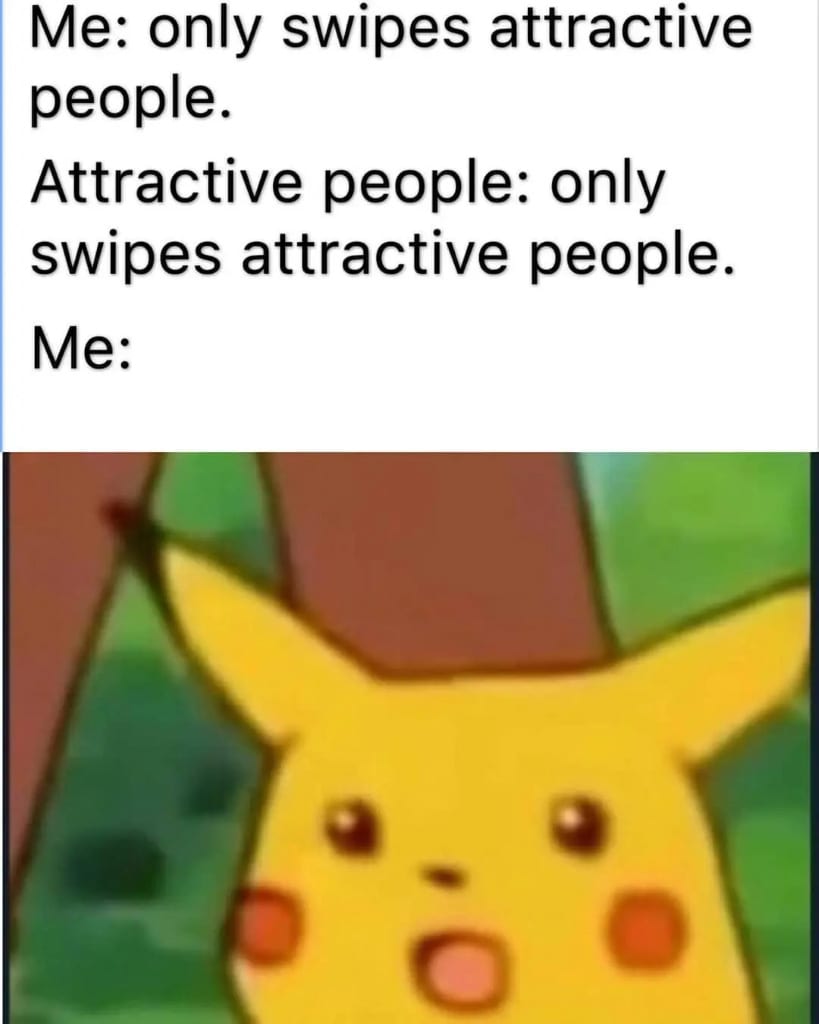 They say there are plenty of fish in the sea, but he’s after just one. 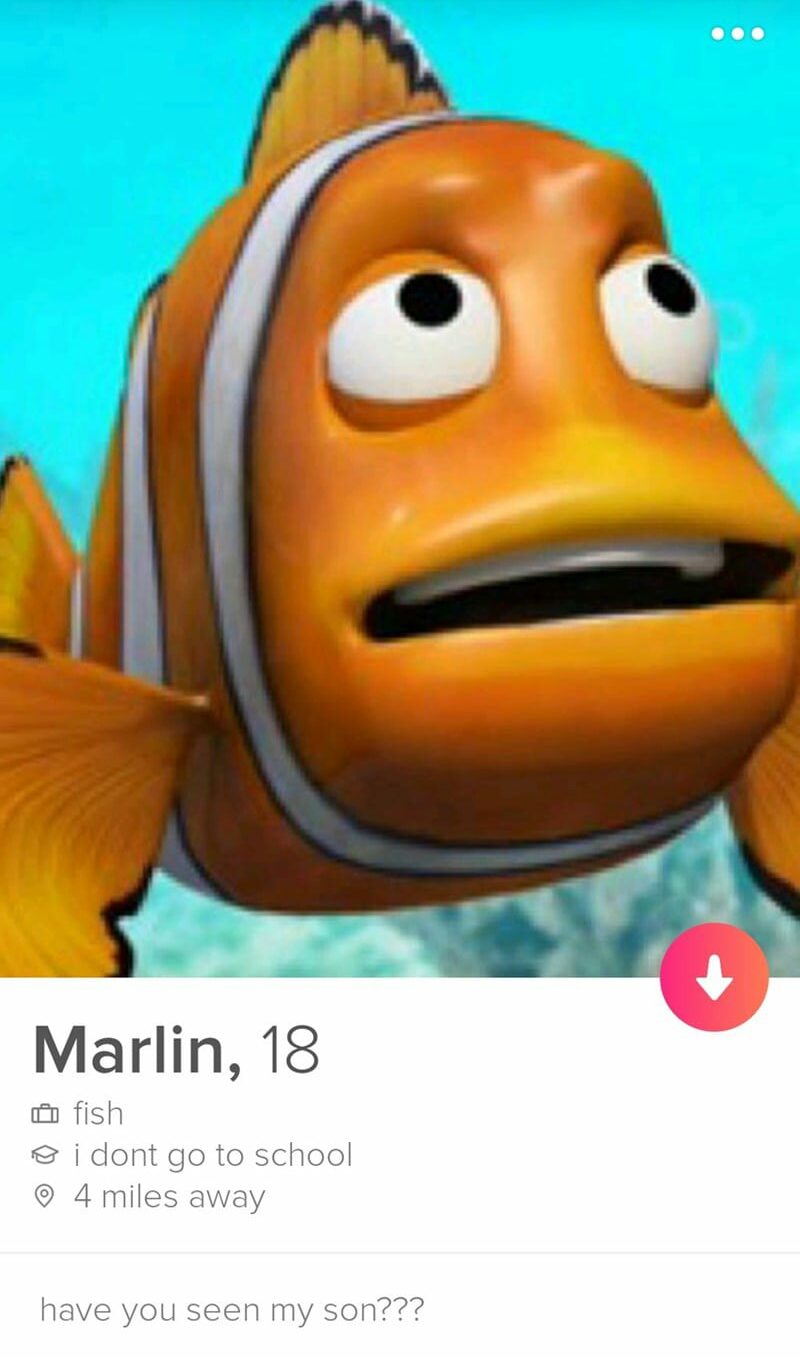 I’m sorry, does that profile picture feature two of you? 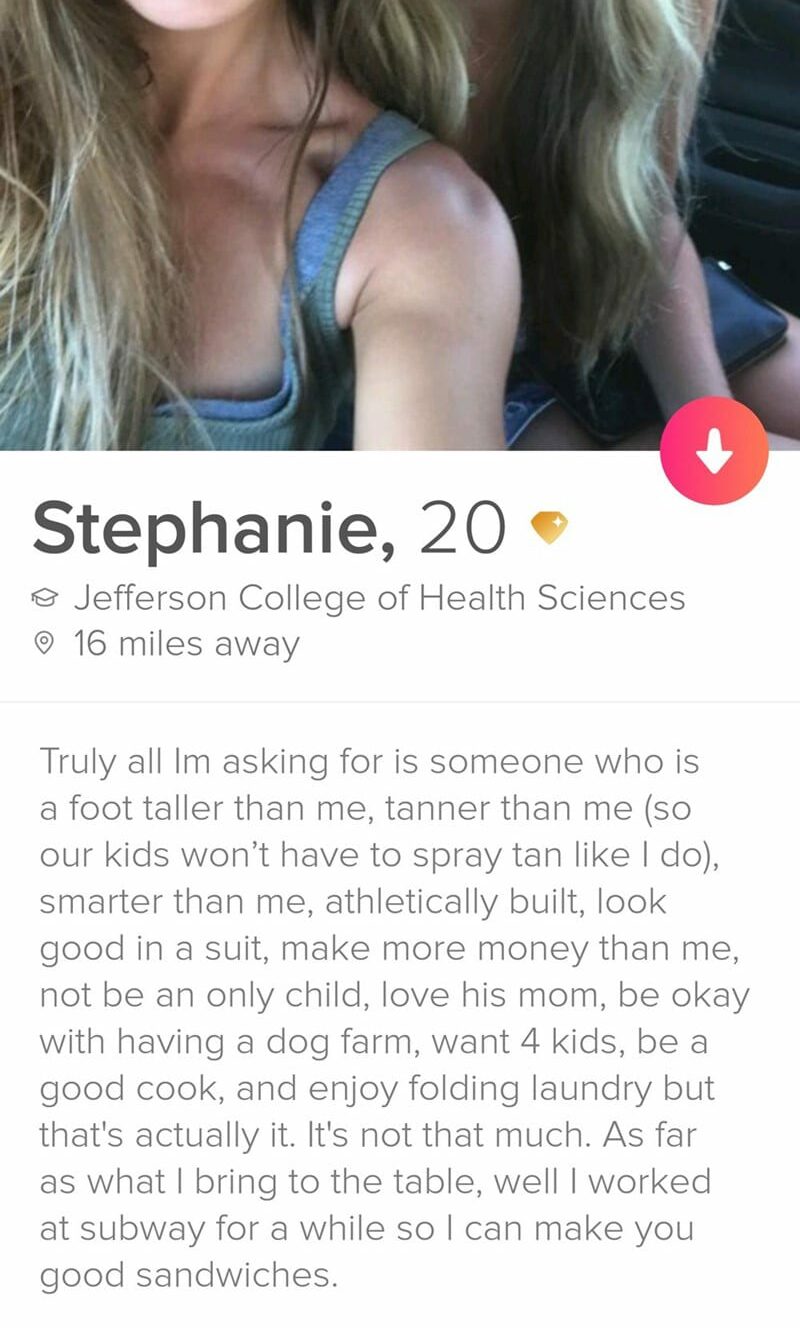 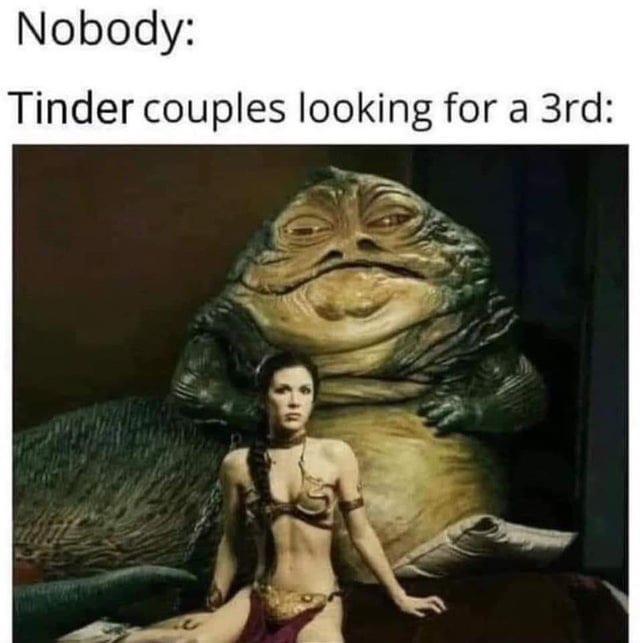 Guess that really says it all, doesn’t it? 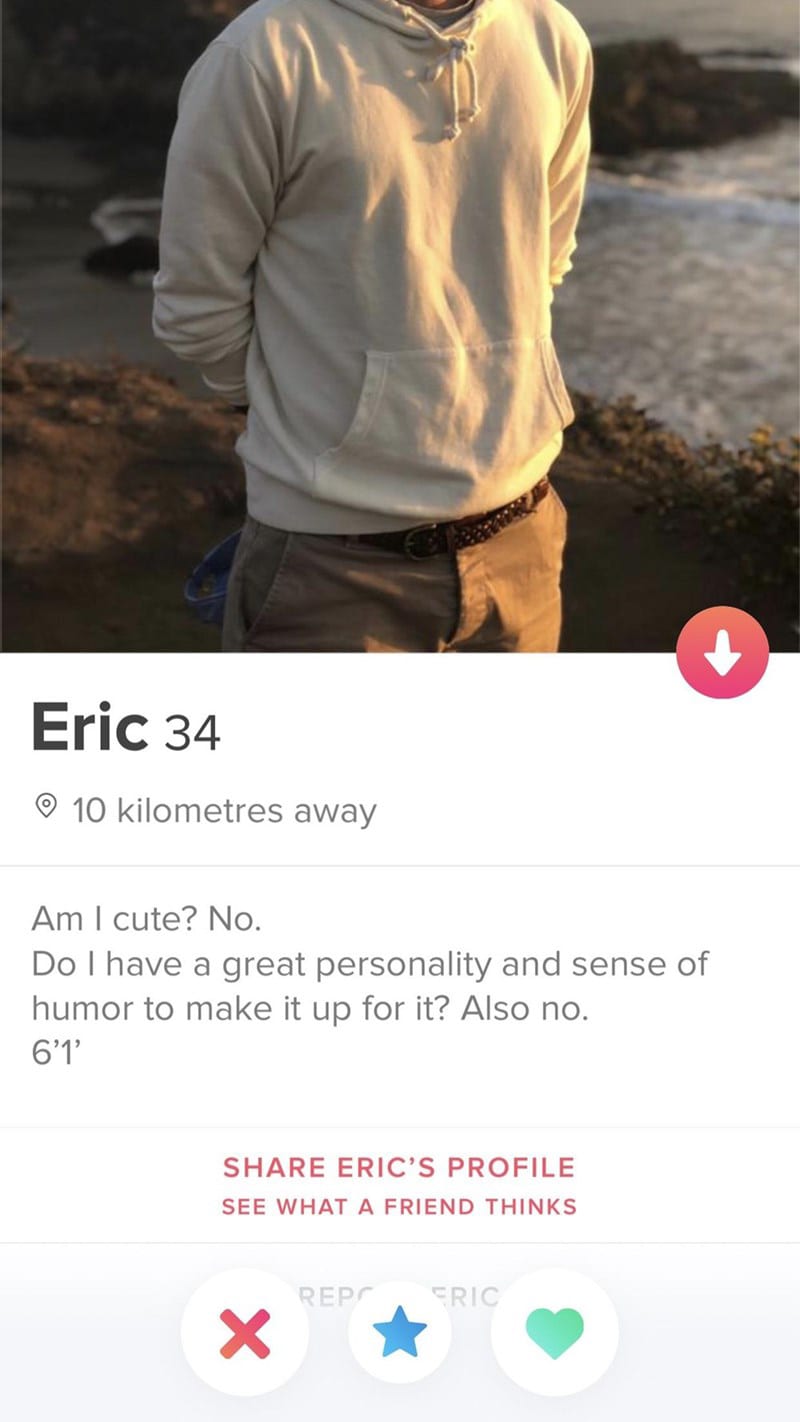 Soon we will start a fire and dance in the ashes of the fallen.

Ok but why does that date stamp say this picture is from 1998? 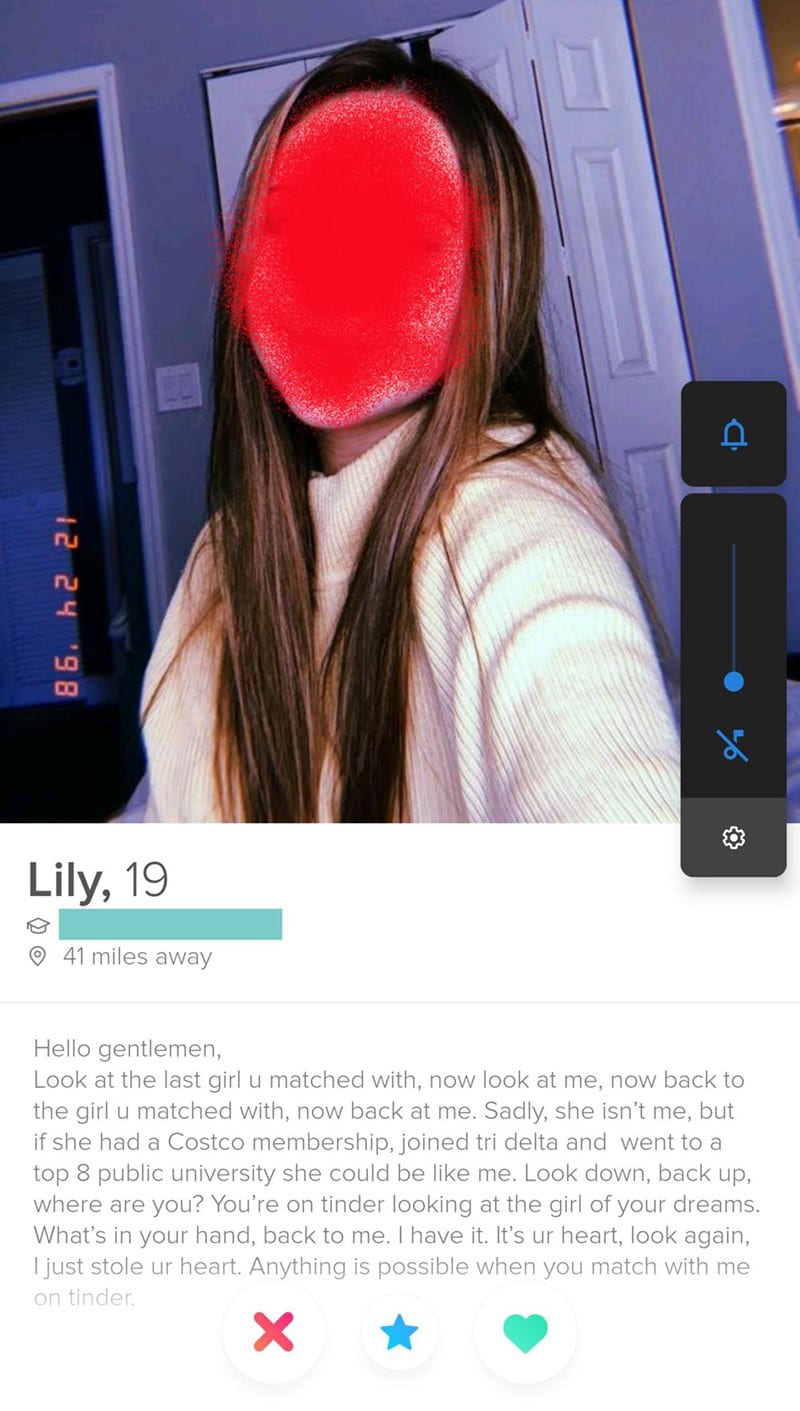 Or fish, as the case may be. The easy way. 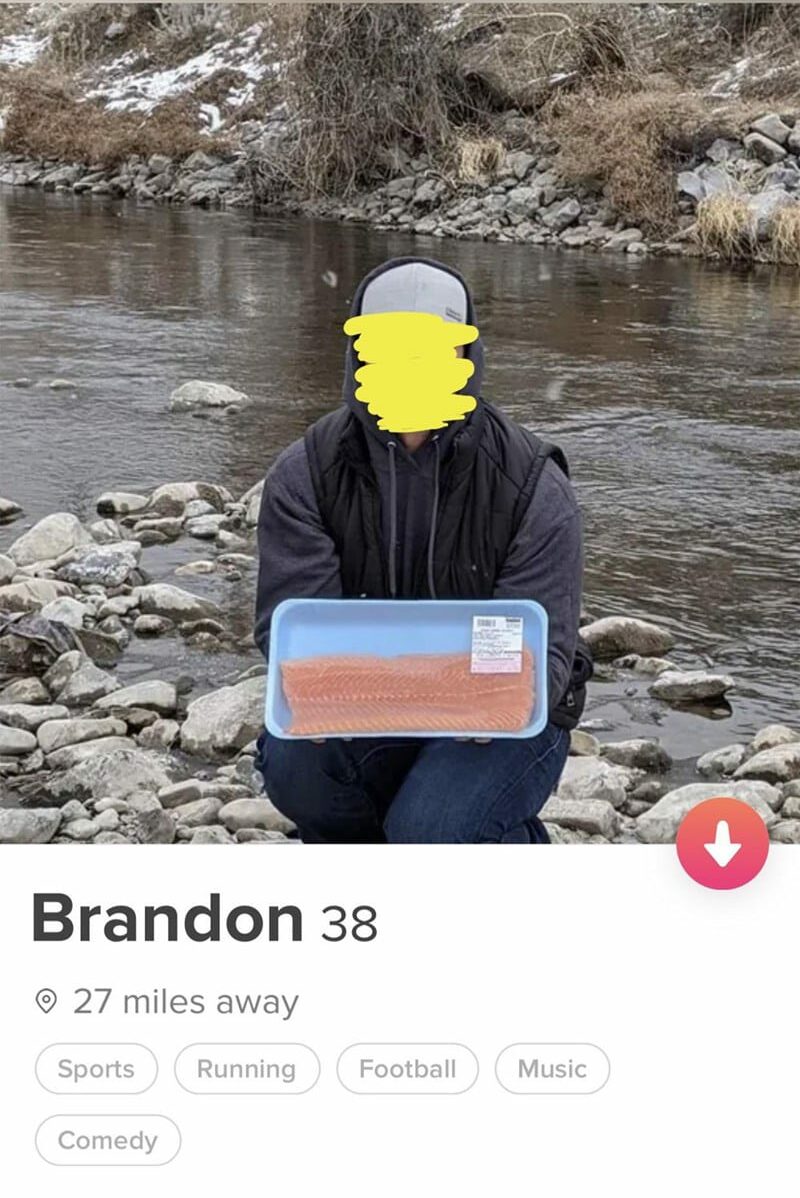 You tiny people and your tiny problems. 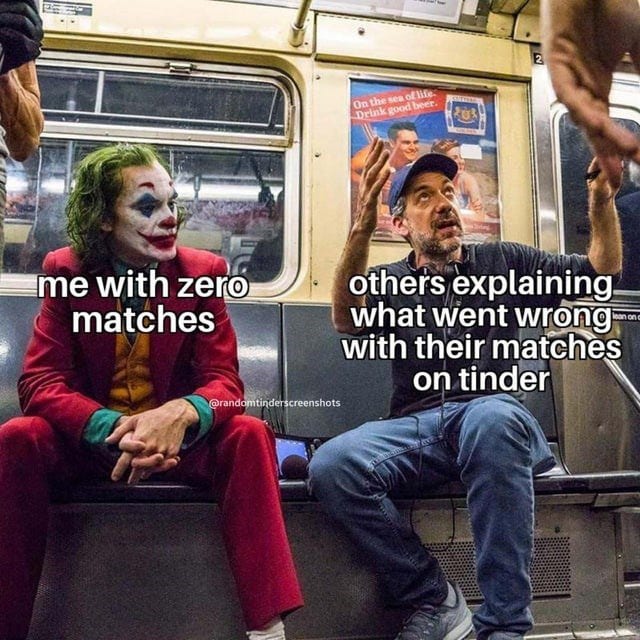 They got Thanos, you get me. 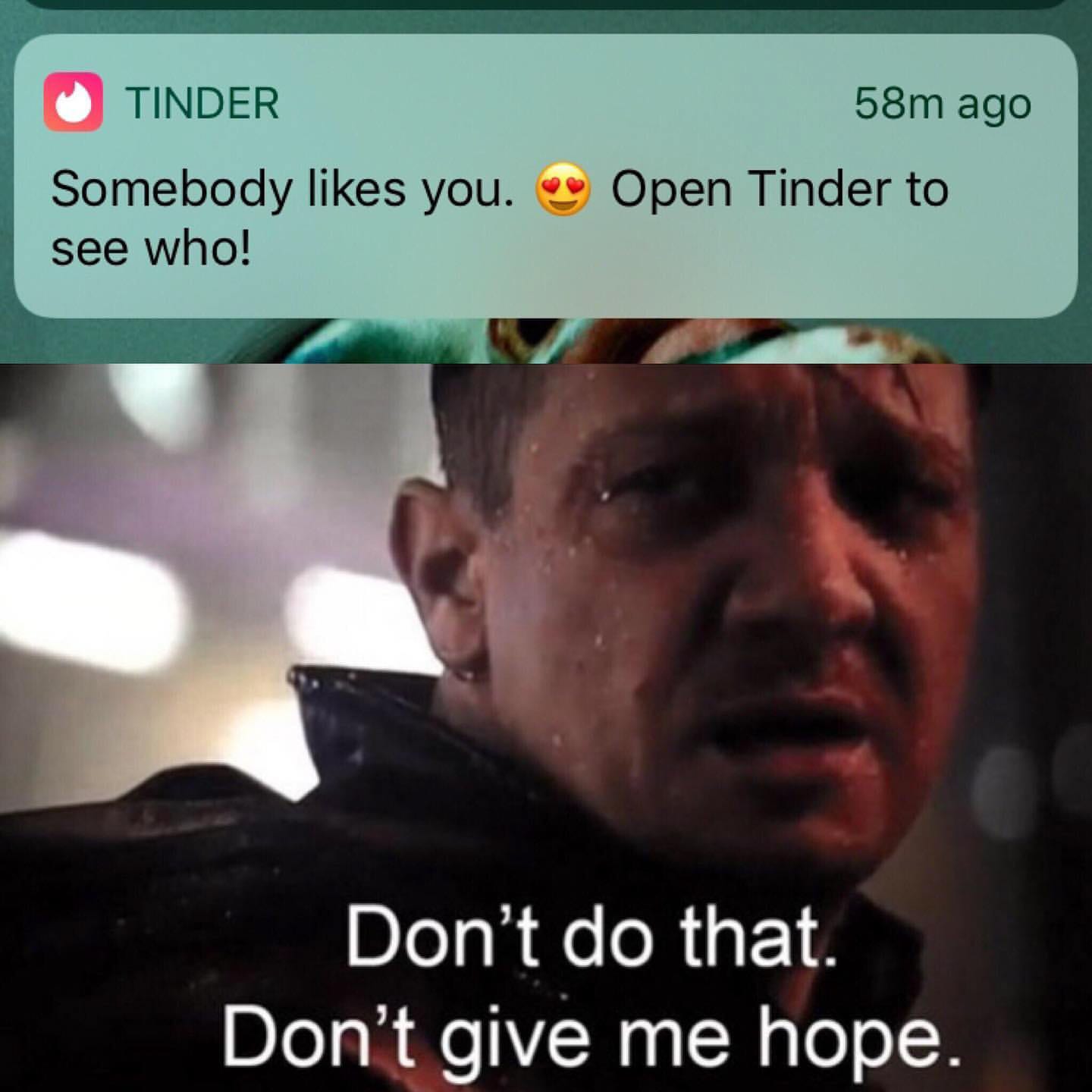 Via: Ah See It

Well, that was a fun romp down dating lane. Now if you’ll excuse me I have to get back to hopeless and furious swiping.

What’s been your experience with dating apps?