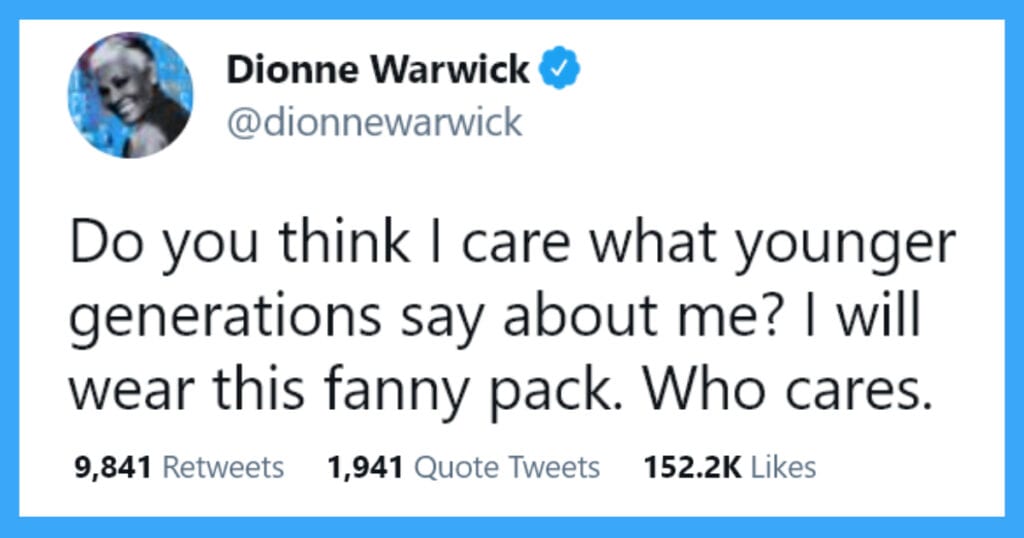 The value of Twitter isn’t just everyone in the world constantly screaming at each other over every topic imaginable, there’s also funny stuff in there.

And often it’s funny in a way that transcends a simple chuckle. It can also resonate, and make you feel, dare I say it, weirdly empowered?

Not to make too much of it, but some tweets just give ya life. They break up the bad of the day and let you know there’s still something weird and wonderful out there to chase.

These, in my opinion, are some such tweets. Just enjoy ’em, huh?

It would never in my life have occured to me to eat one of those packs if they hadn’t put the idea in my head in the first place.

We bought this pillow and it’s perfect pic.twitter.com/AXxsIVQSxS

You think you know what’s coming next but you do NOT.

Do NOT do this 🙄🙄 pic.twitter.com/w9Um9ww2UW

Pack it up, science, you’ve been bested.

If Astrology isn’t real then why all Sagittarius be like this pic.twitter.com/OkPaZ4mLgp

I think half the music industry now is just people fighting.

jojo siwa on the way to record the dababy diss track pic.twitter.com/mXXTDqgUDE

That’s right, Dionne, these are words to live by.

Do you think I care what younger generations say about me? I will wear this fanny pack. Who cares.

this is the one pic.twitter.com/XdaMG4KNM8

At this point they’ll probably let you.

A new religion has formed.

Can we build it? I dunno.

There now, don’t you feel more alive? At least a little? I do. This post was mostly for me. You’re welcome.

Tell us in the comments, won’t you?