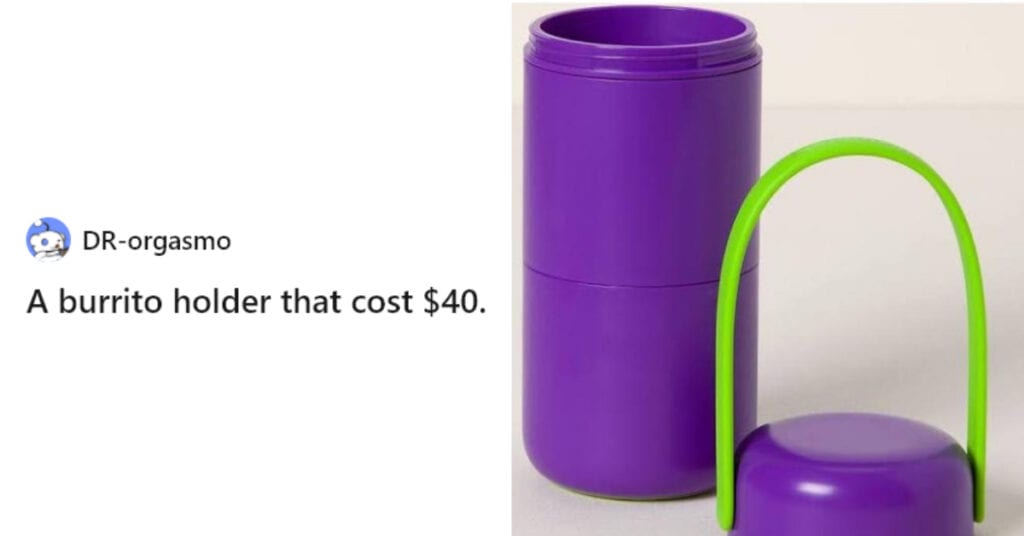 11 Inventions That Didn’t Need to Be Invented

We’ve all been there. You’re looking for something specific on Amazon and you click some related recommendation and then pretty soon you find yourself down a rabbit hole of niche products that you just can’t believe actually exist.

Well, if you want all of that forever, look no further than Reddit, which loves to collect such things for the further bafflement of humankind.

And now we’re going to look at some together. We’ll get through this. Don’t you worry.

For when you’re on the go but you could really use a bottle of broth.

This soup stock vending machine in Japan from ofcoursethatsathing

You dang kids and your dang phones mumblegrumble.

Third Eye Camera for those who walk with their phones. from nextfuckinglevel

I mean, the interior of that plane alone is significantly larger than my apartment, so.

Having a jet at your house for decoration only. from ofcoursethatsathing

As made famous by Eminem (ft. Mom).

It won’t help but it WILL let pickpockets know you’re a tourist.

Basic Chinese book specifically for the 2008 Olympics from ofcoursethatsathing

A burrito holder that cost $40. from ofcoursethatsathing

Turn your house into a mini golf course with these fun vent covers. from ofcoursethatsathing

I guess this is a…joke?

2. Mainland Scotland (Just Off the Mainland)

Not exactly an invention, but whomever named this place just wanted to initiate an endless game of Who’s On First.

Well, that’s enough of that forever.

Would you buy any of these? Why or why not?