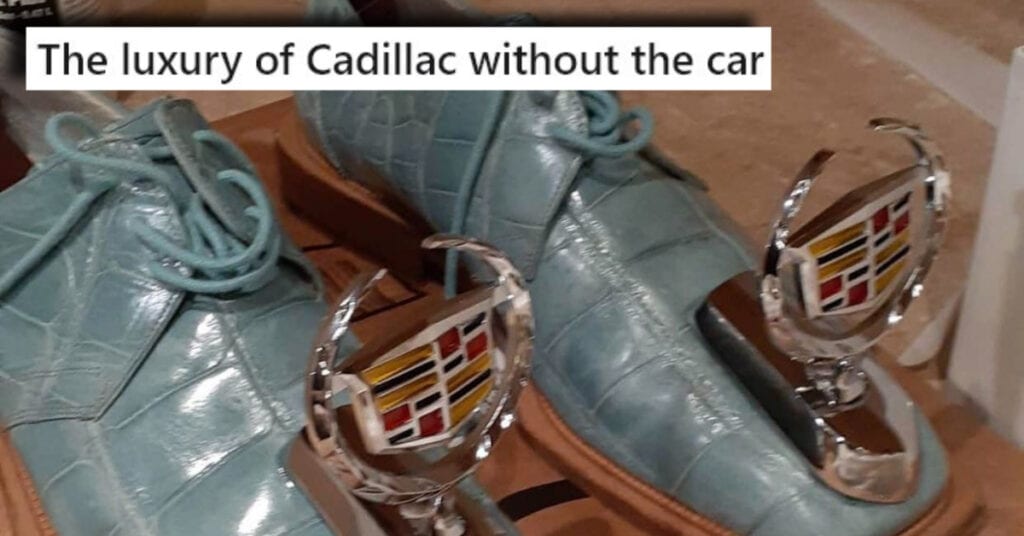 11 of the Worst Things Money Can Buy

I’ll be honest – the internet has left me mostly very jaded. There’s little I can see or hear anymore that will shock me, or even make me look twice.

As a person online all the time, I am a citizen of the multiverse, well traveled in the needless and the inexplicable.

And yet, for all of that, there are still occasionally those things – apparently real – that simply demand to be examined. Demand to be explained. Because without explanation, their existence in the same plane of reality as you and I feels somehow like a threat.

These are such items. Proceed at your own risk. Thanks a lot, Reddit.

Yeah, nah, I’ll just fail the test instead, thanks.

This pencil sharpener from ATBGE

These puppies don’t even have one single horsepower.

The luxury of Cadillac without the car note from ATBGE

Apparently “a little much” does not exist in the lexicon of wherever this is.

Don’t you just love the smell of roses? from ATBGE

If I see this is your house it’s gonna be the last time I’m in your house.

Mother of God, this piece of lingerie from ATBGE

THEM: Don’t leave anything valuable in your car that might attract thieves.
ME:

This interior of a modded 1998 Nissan Pulsar from ATBGE

I don’t know what kind of message this is meant to send me. Do YOU?

I hate Mondays too… from ATBGE

When you gotta subcontract out to some kindergartners.

Found at my local flea-market. from ATBGE

I don’t know why any of these things exist, and I never will, and that is my curse.