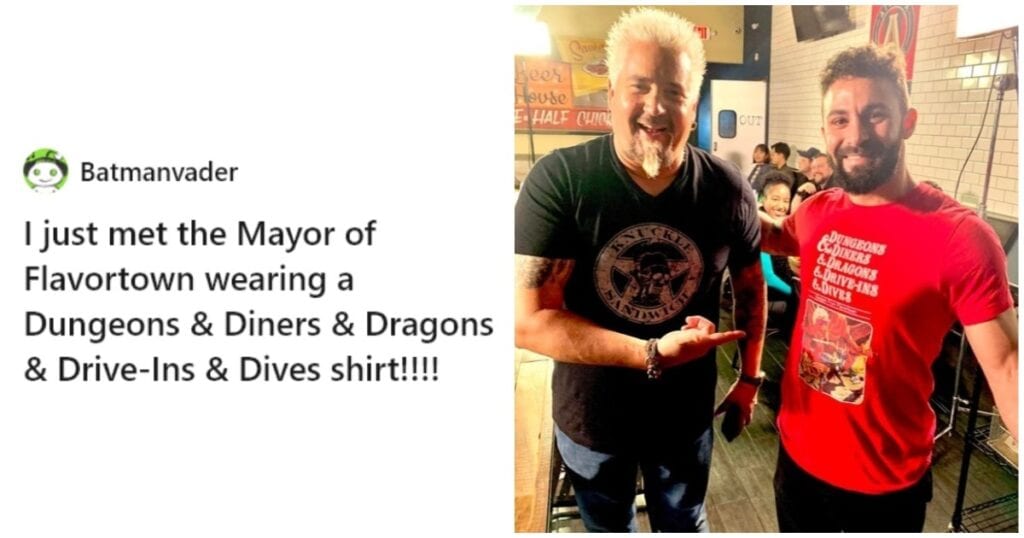 Man, you’ve come to the right place, because today I’ve got some HOT CELEBRITY GOSS to share with all of you!

Did you know – and you might want to sit down for this – that celebrities are people? Like, they’re just people. Normal humans who poop and listen to podcasts and stuff. Which is a cool thing to remind ourselves of when the sort of celebrity-stalking culture or tendency toward worship or total demonization comes into play.

That said, it’s totally understandable why running into our favorite celebs is exciting. It’s fun! It’s a nice story. And it’s a harmless, warm little moment to share with others, even if those others are internet weirdos.

Speaking of internet weirdos, here are some accounts from Reddit users on their own celebrity encounters in the wild.

Was she coming to see her own movie? I kinda hope she was.

As someone who hates having to talk to people on plane rides, I just realized that I would never be able to deal with fame.

Friend met Beyonce in New Orleans, she said "Whatever face you make, I’ll make." from pics

DID YOU GET IT FROM HIM? THE MAP TO FLAVORTOWN?!

For those of you too young to remember, he was The Hulk on TV for years.

My brother and I met our favorite super hero (The Hulk) when we were 4. We were pissed off because Lou Ferrigno wasn’t green. from KidsAreFuckingStupid

I’ve rarely seen a more mismatched pair of humans in one photo and I love it.

Wait, what was he doing out there? Some USO stuff?

Two years ago I met Chris Evans while deployed to Qatar. As we wait for the trailer for (possibly) his last Marvel movie, I want to publicly thank him for everything he’s done for this franchise. Thanks Cap! from marvelstudios

“Hello, one of the most famous people in the world. Have a banana.”

I met Tom Hanks last night…banana for scale from pics

Who you gonna call? (THE WHOLE INTERNET!)

I also recently met a Ghostbuster from pics

It’d be cool to meet famous people but if it means I have to golf, no thanks.

I met Obama from pics

You know him from Happy Days, you LOVE him from Arrested Development.

AAAAAAAY! Look who I met at work today. from pics

Who’s the most famous person you’ve interacted with?

Tell us the tale in the comments.