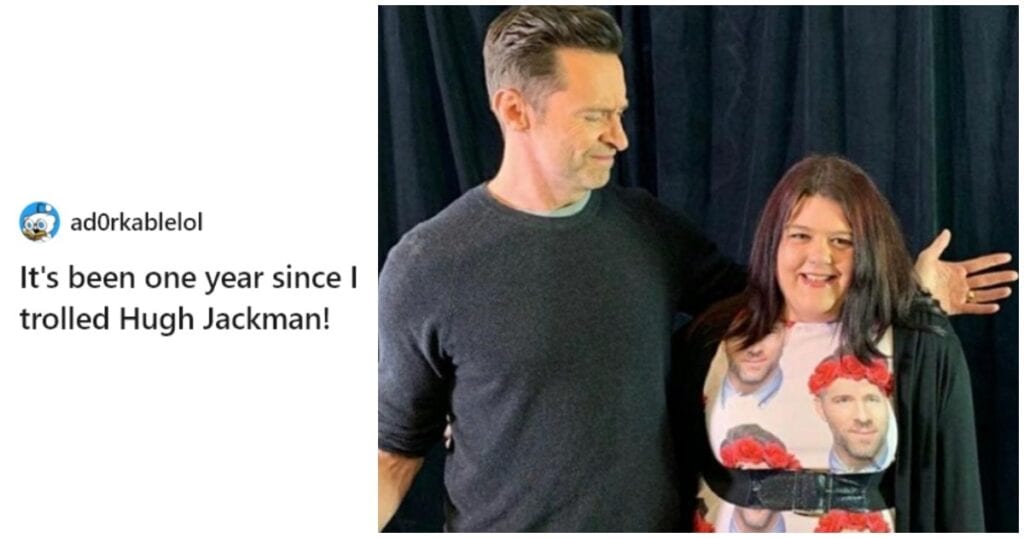 13 Celebrity Run-Ins That Will Make Your Day

Why is it that we get so extremely excited when we run into a celebrity?

Well, there’s the cool factor. Famous people have a lot of popularity, and some piece of us deep down expects that maybe by being associated with them, even for a minute, we can be cool too, and finally show our middle-school selves that it was all worthwhile.

But there’s a slightly less cynical angle to it as well. Through media like movies and TV, we spend a lot of quality time with strangers. Our minds come to think of them as, well, sort of friends. And when we see the actual humans, for a moment, even though you’ve never met them, it kind of feels like connecting with a friend you haven’t seen in literally forever.

And the best kind of celebrities are the kind that get that, and will take the time to make a moment with you. Moments that often end up on Reddit, like these.

Did you need to go that far to find him?

I met Forest Whittaker in Uganda from mildlyinteresting

It’s over dude, he has the high ground.

I met the great Hello There himself from PrequelMemes

Wait, why is your face blacked out? What’s the point of the selfie?

I met a man at a food court. from teenagers

So suave. So chill.

Met the nicest guy while playing soccer in Toronto. I was a little too excited I think. from pics

I just met Hodor at the airport! from pics

Wait, dang, which one is which?

I once saw him backstage. Didn’t even know he was there. It was weird.

That one time we met Jason Momoa and my husband came up with this great idea. Two years later and I haven’t washed my hair! from funny

She had a tour to manage, dang it.

So yesterday I met my hero Dave Grohl and took a selfie with the Foo Fighters. The tour manager nearly killed me. from pics

Man, I grew up watching that show.

Met an absolute legend. Got him to say, “Well I don’t think that’s such a good idea, Tim.” Mr. Al Borland from pics

The man who never ages, somehow.

Met one of my favorite actors today! from marvelstudios

One day you’ll grow up to be me, kid. Good luck.

I met Jack Black tonight. He looked into my eyes and said "it’s like looking in a young mirror". from pics

One of my personal heroes.

I met Patrick Stewart once. He’s the kindest celebrity I’ve ever met. from pics

It’s been one year since I trolled Hugh Jackman! I didn’t realise until today that the date I met Hugh was the same date I joined Reddit many years ago 😂 thank you Reddit for the monster you created. from funny

Can’t ya just feel the fame?

Who’s the most famous person you’ve interacted with?